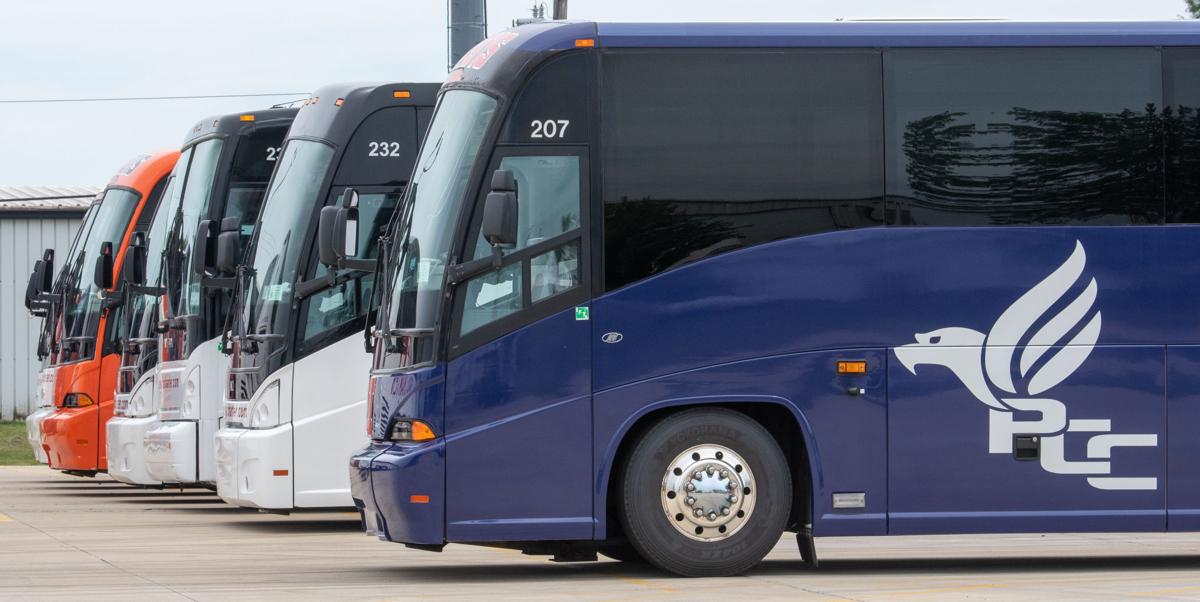 Buses in a line at Peoria Charter at the intersection of Federal and Kenyon roads in Urbana on Wednesday, July 15, 2020. 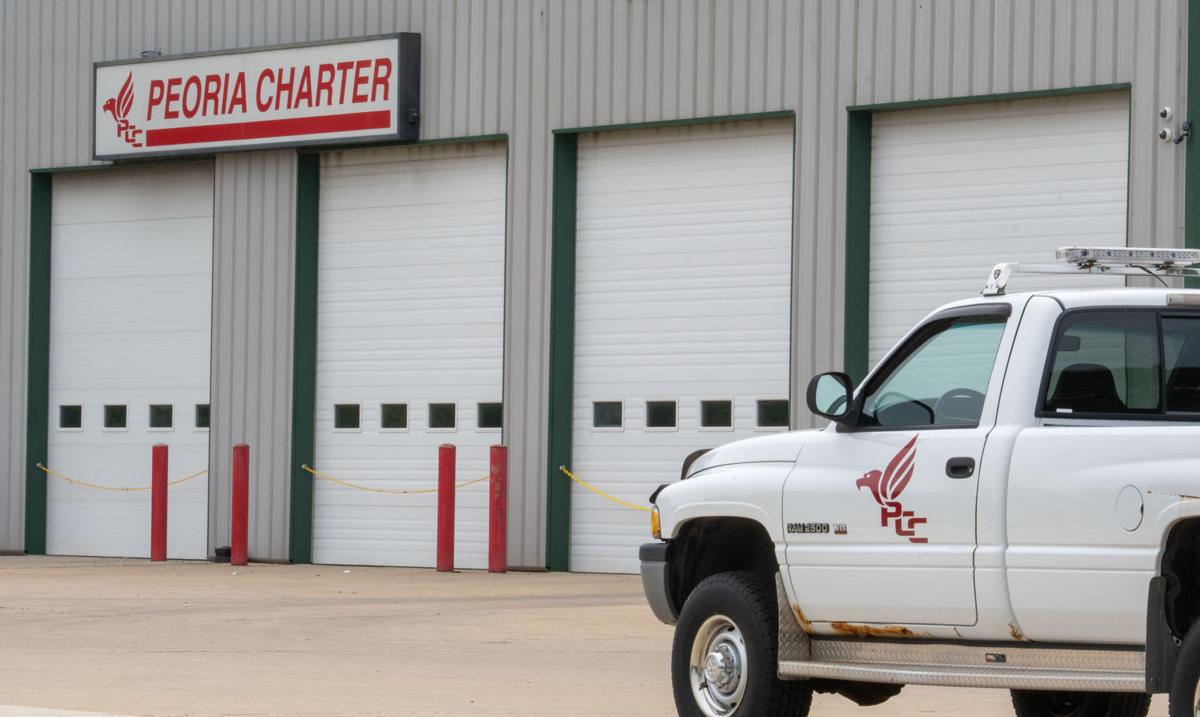 Peoria Charter at the intersection of Federal And Kenyon roads in Urbana on Wednesday, July 15 , 2020.

Buses in a line at Peoria Charter at the intersection of Federal and Kenyon roads in Urbana on Wednesday, July 15, 2020.

Peoria Charter at the intersection of Federal And Kenyon roads in Urbana on Wednesday, July 15 , 2020.

The bus company, which operates a hub in Urbana, took another big downturn this week, announcing it has been forced to lay off 95 percent of its workforce due to pandemic business losses.

Peoria Charter’s employment has fallen from 140 people prior to its last layoff in March to just eight management staff members.

How business is going now, Winkler said: “We’re just waiting for the phones to ring.”

Nearly all employees were laid off in mid-March. The latest round affects 70 who were brought back in mid-April after the company got a $1.2 million loan as part of the Payroll Protection Program. They were put to work cleaning, sanitizing and doing maintenance on the bus fleet, Winkler said.

But with the money running out and business not returning, Peoria Charter announced Wednesday that it’s in jeopardy.

Since March, it has sustained $5 million in losses and has had to reimburse customers for $500,000 worth of trips that were canceled, Winkler said.

Until the public feels comfortable traveling for extended periods by bus, he said, he doesn’t see business bouncing back.

“Till the public feels comfortable indoors, with a group, for a long period of time, we’re out of business,” he said.

Winkler said Peoria Charter is disclosing its dilemma in hope that the public will rally behind its industry by urging state and federal elected officials to come up with the financial help needed to weather the pandemic.

He also said he wants to make it clear this is an economic concern, and he’s in no way negating the health issues of COVID-19.

“My heart goes out to those who are battling this disease,” Winkler said.

Peoria Charter has sent Gov. J.B. Pritzker several letters asking for part of the $900 million the state has dedicated to assist pandemic-affected businesses.

“In 2019, we provided 280,000 ticketed passengers with transportation between central Illinois and the Chicago area/airports,” said a letter to Pritzker from Peoria Charter co-owner Jingning (James) Wang. “In 2020, we will (be) lucky to transport 50,000 people, 80 percent decrease.”

Company officials have also asked U.S. Sens. Tammy Duckworth and Dick Durbin to support new legislation that would provide $10 billion in emergency funding to transportation companies and have asked state legislators for help in getting more PPP loans.

The company has a link on its Facebook page to a letter the public can access to urge support for the new legislation.

The last business Peoria Charter had was a $30,000 job for the military in June, Winkler said.

“Other than that, we’ve had nothing,” he said.