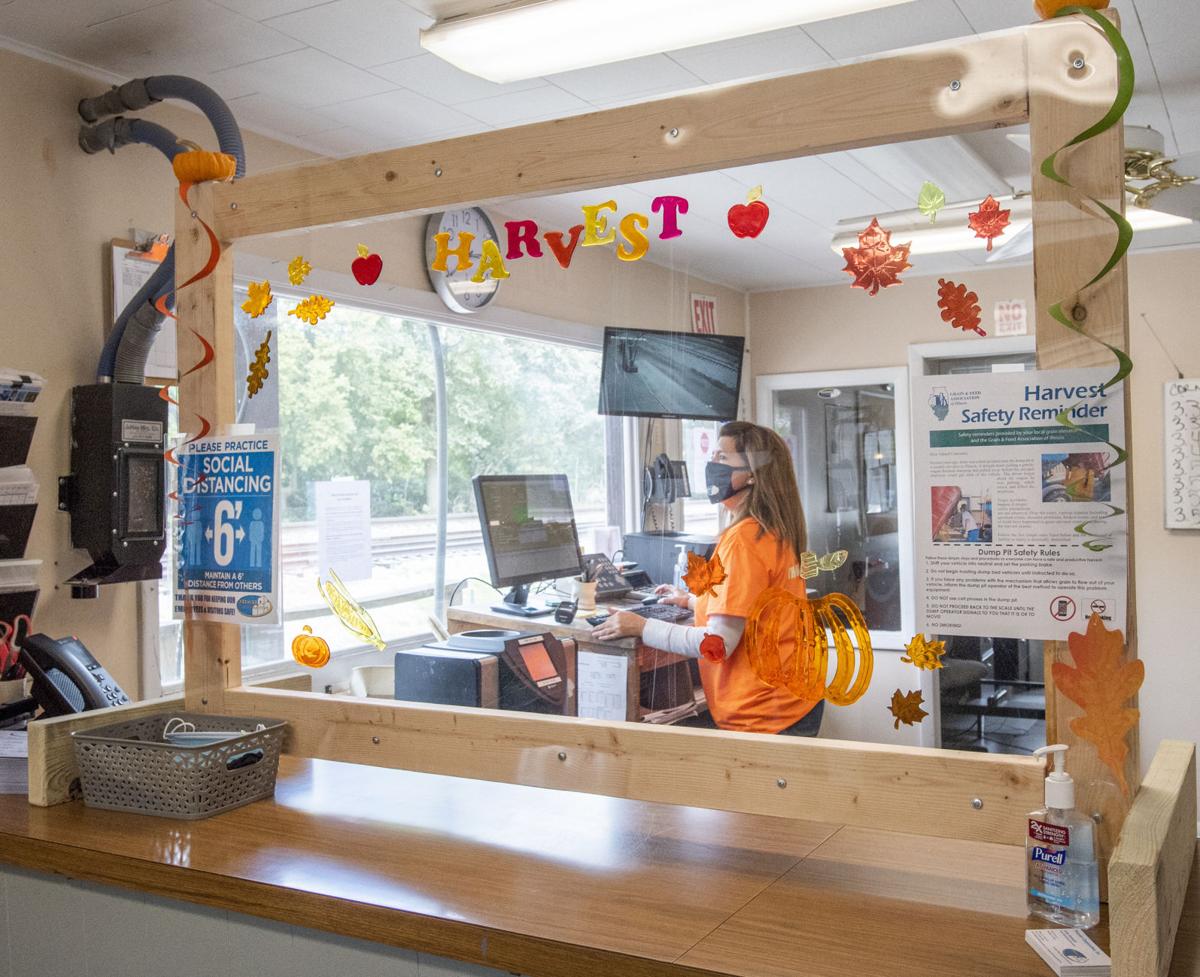 Grain scale clerk Gina Hodge does business at the new-look Premier Co-op in Tolono, where signs (below) serve as a reminder about changes made due to COVID-19. 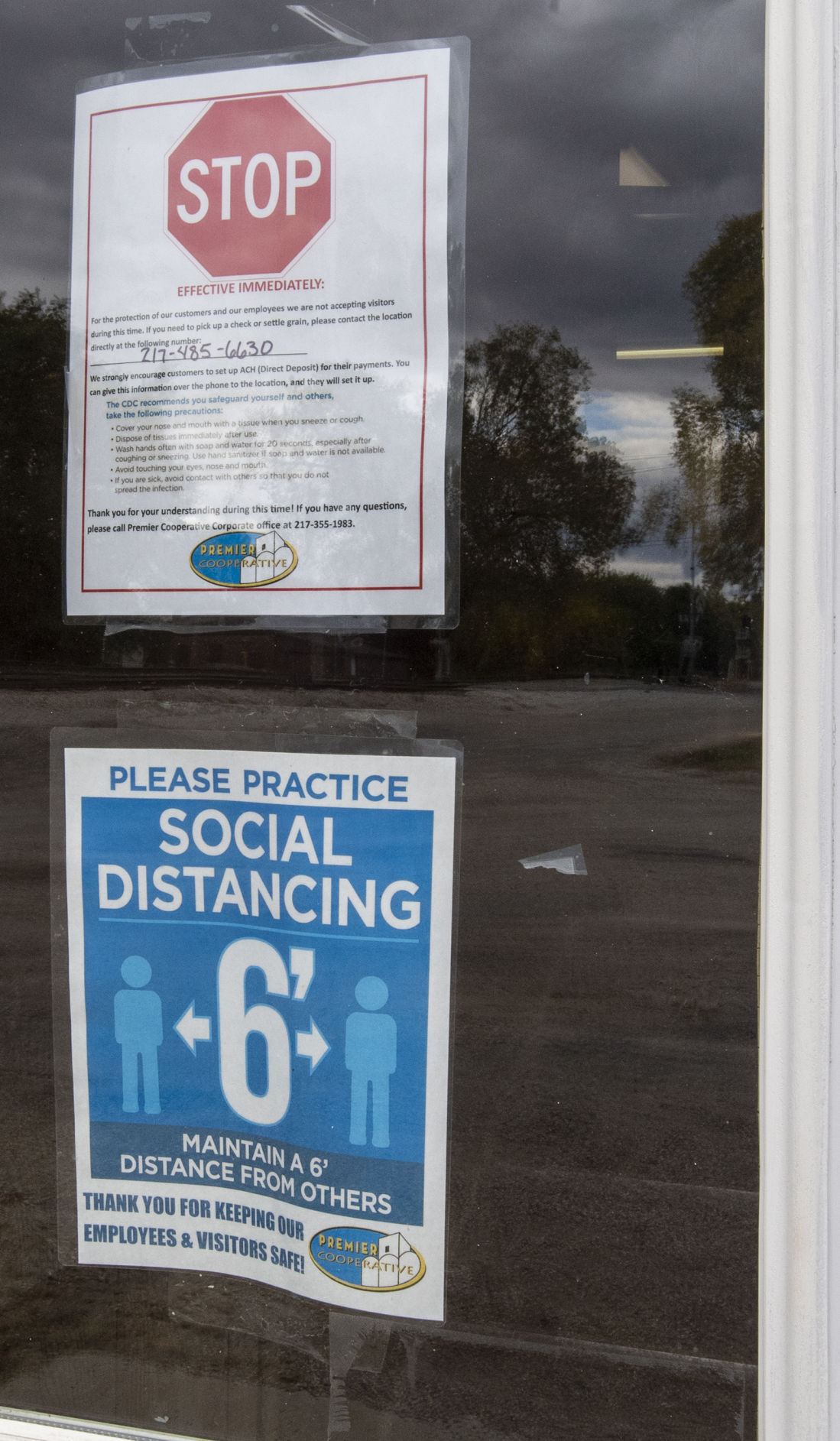 Grain scale clerk Gina Hodge does business at the new-look Premier Co-op in Tolono, where signs (below) serve as a reminder about changes made due to COVID-19.

TOLONO — During COVID-19, farmers can no longer hang out at the best source for gossip: the local grain elevator.

Elevators such as Premier Co-op’s are limiting access to their lobbies to prevent spreading the coronavirus.

At the Tolono elevator, Dunagan said they’ve removed the coffee and popcorn “to eliminate possible spreading, so there’s not multiple people eating out of the same popcorn bowl.”

Jon Schroeder, a regular at the Sadorus elevator, said his phone battery is dying more quickly now that he’s switched to communicating with his buddies by phone instead of at the elevator.

“Our batteries on our phones are drained,” he said. “We’ve learned waves and different hand signals as we pass by the people we used to visit with.”

And when he drops off grain, Schroeder said the process has been streamlined, with elevator staffers bringing the scale tickets to the drivers rather than the driver coming in the office.

“You drive in, and you don’t leave the truck,” he said.

“In the past, you might get out and visit with whoever’s dumping and get your scale ticket. You don’t do that anymore.

“Basically, you sit in your truck, and that’s it, with a mask on,” he said. “everyone has masks, and it seems to be working just fine.”

Dunagan said Premier is trying to “eliminate exposure as much as we can.”

“We are allowing some of the farmers to come in, but we’re trying to limit that to only necessities,” she said.

They have plexiglass barriers and recommend drivers wear masks.

“Surprisingly, most of them bring their own mask and wear it,” Dunagan said. “They’re really good about that.”

She said the measures are being taken to protect both the farmers and Premier’s employees.

“We’re like family here,” she said. “We just want to make sure everyone stays healthy.”