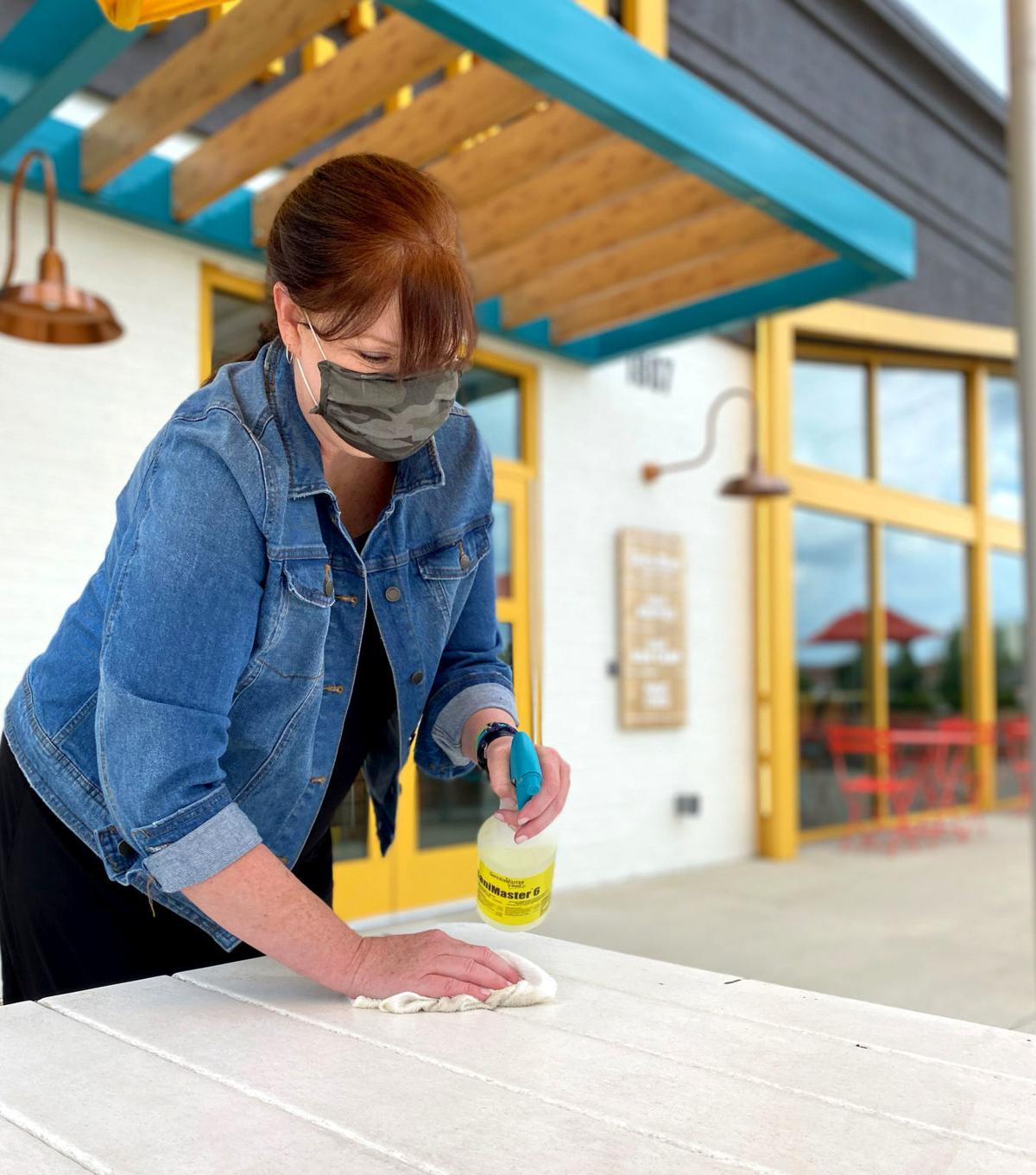 Teresa Brown, managing director of Lodgic Everyday Community, wipes down outdoor seating that will be made available to customers starting Friday, May 29, 2020. 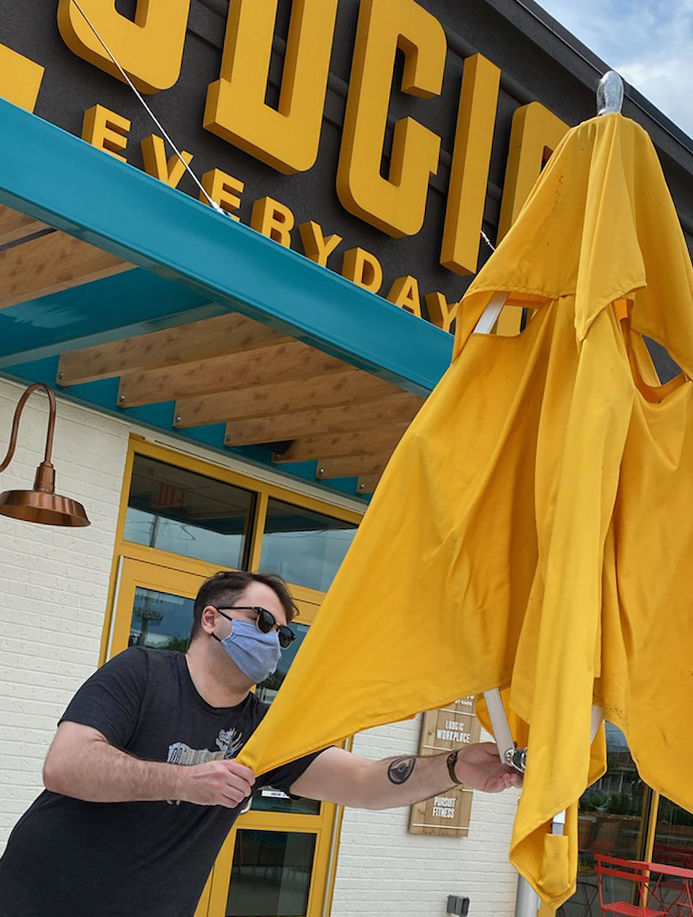 Conner Morfey, a bartender and shift supervisor at Lodgic Everyday Community, works on the outdoor seating area that will be made available to customers starting Friday, May 29, 2020.

Teresa Brown, managing director of Lodgic Everyday Community, wipes down outdoor seating that will be made available to customers starting Friday, May 29, 2020.

Conner Morfey, a bartender and shift supervisor at Lodgic Everyday Community, works on the outdoor seating area that will be made available to customers starting Friday, May 29, 2020.

CHAMPAIGN — Restaurants are preparing to reopen to customers today for the first time in more than two months.

“We are opening our patio on Friday and are so excited,” she said.

Right now, Lodgic doesn’t have plans to use its parking lot, as it has space for about 60 people on its patio “with ample social distancing,” Brown said.

The tables sit between two and six people and will be placed 7 to 8 feet apart.

Surfaces will be sanitized every 30 minutes, all employees will be wearing masks and will have their temperature taken “before they’re even allowed in the operating part of the building,” Brown said.

“It will be really nice to see everyone,” she said.

At Scotty’s Brewhouse, service manager Rachel Rosenbaum said Wednesday they were still figuring out the exact arrangement of its patio seating, as all tables will need to be six feet apart.

“We should probably have seating for maybe 20 to 25 people,” she said.

One of its rooms also has a garage door that will be opened up for a bit more seating, she said.

While Champaign is allowing businesses to use their parking lots for outdoor dining, Rosenbaum said Scotty’s isn’t planning to.

In Urbana, the Courier Cafe and Silvercreek restaurant likely won’t be ready to reopen until Tuesday at the earliest, owner Allen Strong said.

“We’d like to open Tuesday but got to get everything in place,” he said. “We’ve got to make sure that we have standards in place for safety of guests and employees. That’s what we’re working on right now.”

Silvercreek will use its existing outdoor dining area, he said, and the Courier Cafe will set up a tent in its parking lot.

“We’re putting up a large professional tent in the parking lot and turning it into a dining room,” he said.

Courier won’t have its popular salad bar “for obvious reasons,” Strong said, but it will have premade salads, milkshakes, cookies, and a limited menu with “all the favorite staples.”

It will also have a Sunday brunch, “but the brunch won’t be a buffet like the old brunch,” Strong said.

Restaurants initially were scheduled to add dining during Phase 4 of Gov. J.B. Pritzker’s five-phase reopening plan, but outdoor seating was moved up to Phase 3.

“They just dropped this on us with no notice,” Strong said. “There’s just so much to do,” from ordering inventory to lining up staff.

And while outdoor dining is better than nothing, he said he hopes indoor dining comes sooner rather than later.

Strong said Courier and Silvercreek “have been so devastated by this financially,” so he’s created a GoFundMe to help the restaurants re-open.

Despite that, Strong said, “We’re really excited to see our customers again.”

He said he’s been getting calls from customers asking him to reopen his restaurants.

“That’s encouraging to know that people care that much,” he said.

PODCAST: Brian Barnhart with Jeff D'Alessio on the start of Phase 3 reopening 5-29-20

Brian Barnhart with News-Gazette editor Jeff D'Alessio on the start of Phase 3 reopening.