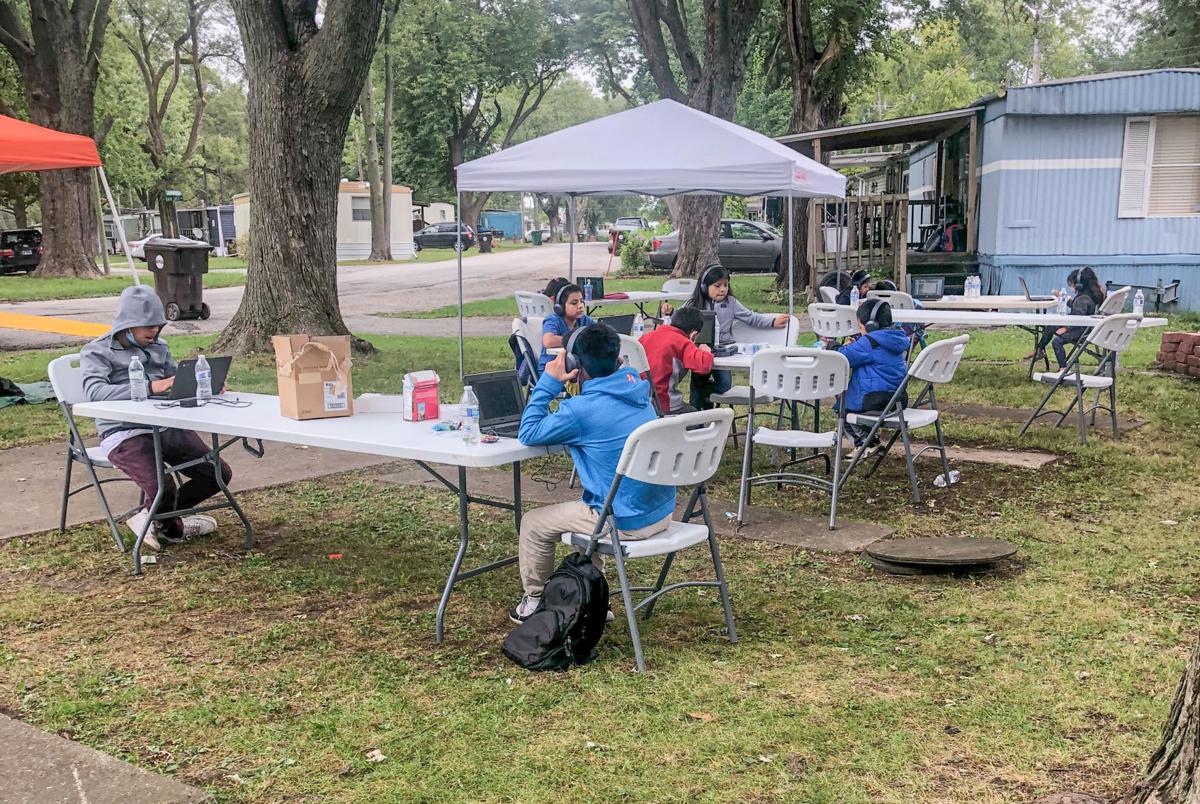 Students gathered for a pop-up school nicknamed ‘La Escuelita’ at Shadow Wood Mobile Home Park in Champaign until a few weeks ago, when the program transitioned to the Champaign school district’s Stratton Academy of the Arts. 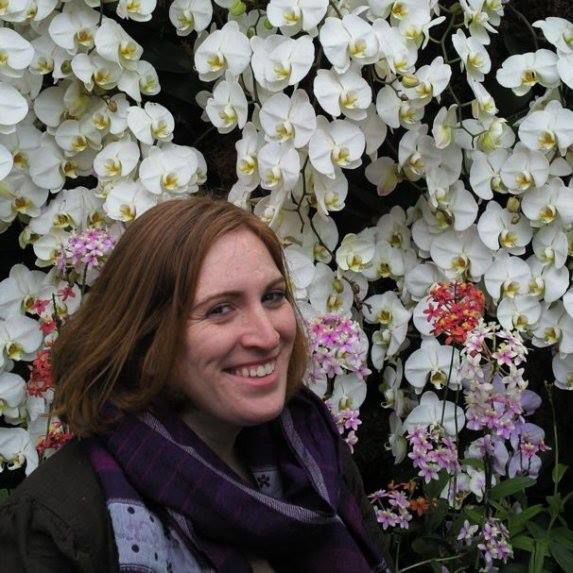 Students gathered for a pop-up school nicknamed ‘La Escuelita’ at Shadow Wood Mobile Home Park in Champaign until a few weeks ago, when the program transitioned to the Champaign school district’s Stratton Academy of the Arts.

CHAMPAIGN — Her first trip out to the Shadow Wood Mobile Home Park this fall was simply a way for Nicole Fitting to remove a single barrier for her Champaign school district students.

She wanted to help kids in the neighborhood connect their Chromebooks to the district-provided internet service.

“I was only intending on being there for one or two days,” said Fitting, who teaches in the Newcomer Essentials program, for students new to the country. “It ended up evolving because I would show up and more people would show up.”

Kids from the neighborhood, most of whom weren’t even her students, flocked to the tables she set up outside. Soon, kids from other neighborhoods who were native speakers of Spanish and Q’anjob’al, a Mayan language spoken in Guatemala, heard from their friends about “La Escuelita” — Spanish for "The Schoolhouse" — the nickname for Fitting’s pop-up school.

So Fitting kept coming back, and around 20 students each day, spanning from preschool to high school, sat down at the tables, set up their computers, plugged in their headphones and participated in their schools’ remote learning.

Four siblings spanning from kindergarten to fourth grade showed up day after day, Fitting said, led by a first-grader who would wake up the other three and make sure they were ready in time.

“I was really impressed by how ready and willing they were to just work and wanting so much to learn what their teachers were teaching them,” Fitting said. “Even if they couldn’t understand what was being said, they were right there trying to pick up on as much as they could.”

Some days, she’d try to show up early to get a little work done before the kids arrived. She quickly realized, though, that as soon as her car pulled up, doors would open and children would walk out and begin setting up tables themselves. Organizations including the PTA Council, Promise Healthcare and CU Mutual Aid donated snacks and water. Carle Foundation Hospital provided masks made by community members. Volunteers would turn out every day.

All the while, Fitting was teaching her own students remotely.

“One of the things that was amazing was that the students knew when I was doing my classes, and the whole range of students would sit out quietly at their own spaces, with their headphones on, with their computers, doing their work,” Fitting said. “There was rarely a time that I needed to redirect the students.”

The only interruptions, she said, came for bathroom breaks, and that prompted them to develop a hand signal in order to ask for permission. The more students who came, Fitting said, the more studious and mindful of their peers they’d be. Parents were engaged as well, she said, joining their children to help with their schoolwork.

“It was so incredible, the atmosphere out there with the kids,” said Viodelda Judkins, the district’s director of multilingual learners. “No misbehavior, no regular classroom problems. The kids want to be in school, and they recognize that they need the help. And the parents are willing to go outside the box to get the help.”

As the weather started to turn colder a few weeks ago, the district transitioned the program to Stratton Academy of the Arts, providing a bus to take the students there. Fitting was happy to hand off the program to Darin O’Connell, who has overseen the district’s student support centers during the remote first quarter.

She’ll always remember La Escuelita as a community created by students who simply wanted to go to school, wherever it was.

“It’s actually quite amazing to look back on it,” she said. “They wore their masks, they wore gloves if they were helping with setting up. They stayed 6 feet or more away from each other.

“Each day I showed up because I knew that if students were making the effort to come halfway across town to learn, there’s no reason I shouldn’t show up to ensure they had access.”