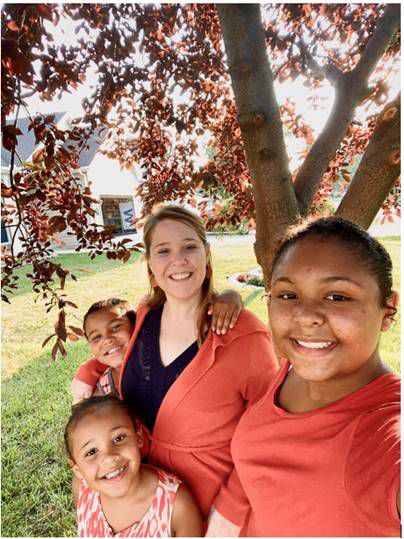 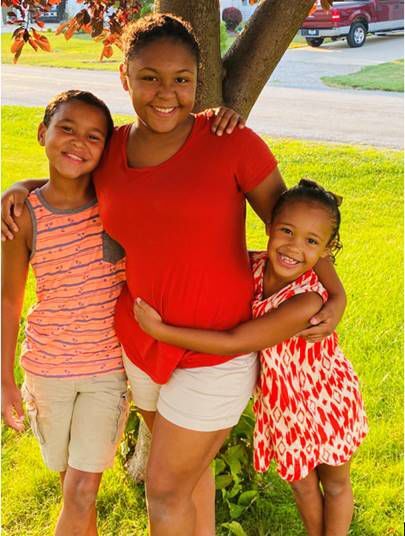 Provided Nevaeh Usher with her sister Ciara and brother Mark.

Provided Nevaeh Usher with her sister Ciara and brother Mark.

TUSCOLA — When she first saw the email in her inbox, Sarah St.Cin thought it had to be some kind of scam.

But once she realized it actually was a legitimate email from the state of Illinois, it wound up being pretty exciting.

The email was from Illinois Department of Public Health Senior Policy Adviser Kristin Rzeczkowski notifying St.Cin, of Tuscola, that her 14-year-old daughter, Nevaeh Usher, had won one of the $150,000 college scholarships in Illinois’ All in for the Win lottery for vaccinated kids and adults.

When she told Nevaeh about it, St.Cin said, her daughter didn’t understand at first.

“I told her, your name went into a hat because you were vaccinated,” she said.

All Illinois residents who have been vaccinated for COVID-19 were automatically entered in the state’s All In for the Win lottery intended to motivate more people to get the vaccine.

Each of the scholarships is equivalent to a full ride, including tuition, room and board, books and other supplies at a four-year public university.

St.Cin, a supervisor in patient access services at Urbana’s OSF Heart of Mary Medical Center, said she was notified about her daughter’s lottery win Aug. 31. The email indicated attempts to reach her by phone hadn’t been successful, she said.

She’d heard about the lottery in the news, St.Cin said, but, “I never thought about it.”

She said everyone old enough to receive the COVID-19 vaccine in the home she shares with her boyfriend, Michael Coombs, has been vaccinated.

Since Nevaeh has asthma, one of her siblings has a heart condition and not all of the five kids in their household are old enough to get vaccinated, vaccination for those who could get the shots was an important safety precaution for the whole family, according to St.Cin.

Nevaeh is a high school freshman, so college and career plans are still some years away for her, St.Cin said.

Her daughter doesn’t know yet where she wants to go to college or what her career might be, though she loves cooking and animals and has expressed an interest in saving the bees and making honey, St.Cin said.

A full-ride scholarship was definitely great news for Mom.

Between her three kids and Coombs’ two, they’d have definitely been applying for scholarships and financial aid when it came time for Nevaeh — the oldest child in the family — to go to college, according to St.Cin.

Lauri Sanders, deputy director for communications at the Illinois Department of Public Health, said she called about 95 percent of the winners, and the most common initial reaction to the call was that it must be some variation of a scam.

“I guess it’s kind of an indication of the time that we live in that people are not as trusting as they used to be,” she said.

About half the winners she called were hesitant, Sanders said.

“I’d encourage people to look into it, call me back, whatever they needed to do to satisfy themselves that this was a legitimate call and that they were actually winning something,” she said.

But for the most part, the calls were emotionally charged, she said. Some winners told her about what a hard year they’ve had and how much the money they were winning was going to change their lives.

“I will tell you that this has been one of the highlights of this year for me,” Sanders said. “There were some evenings I went home and said, ‘I gave away a million dollars today.’”