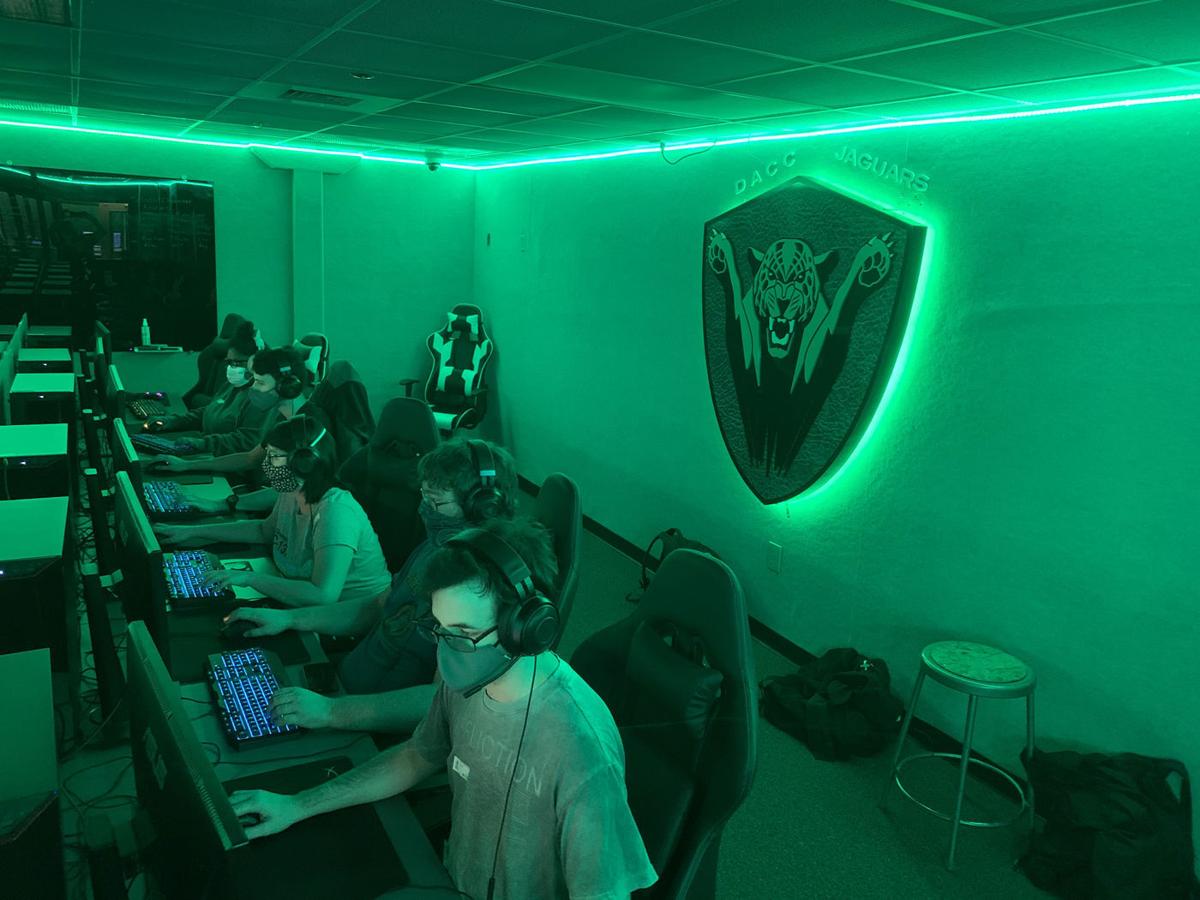 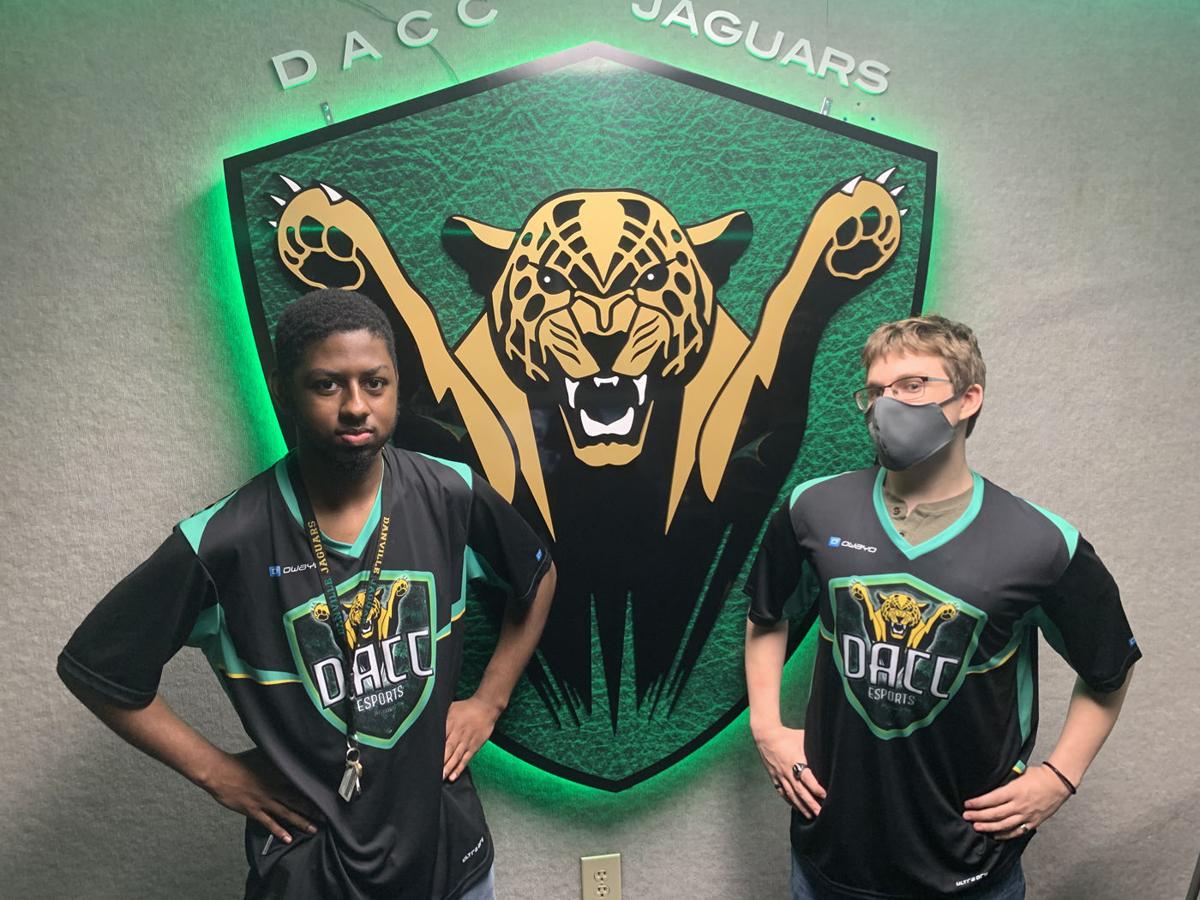 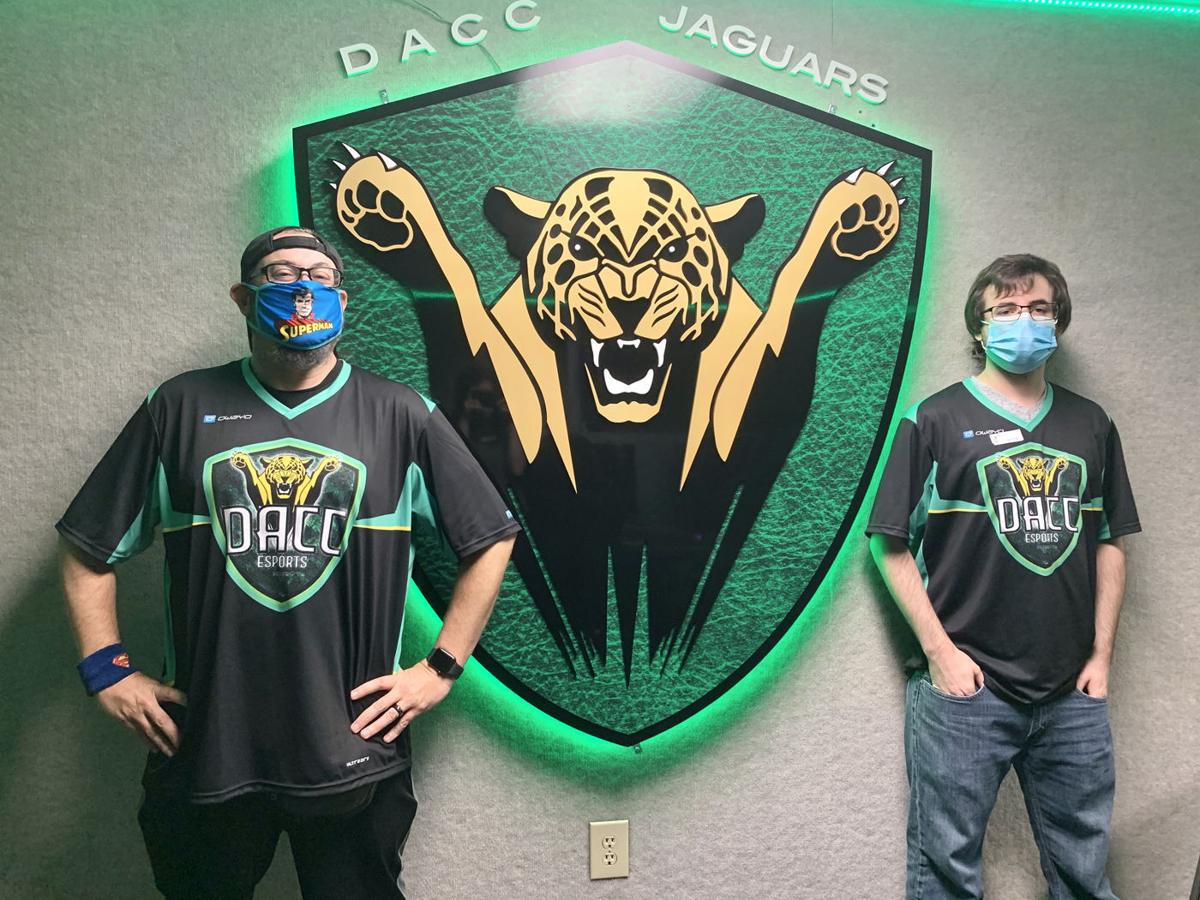 Guido Esteves, eSports coordinator, left, and Collin Shaner, coach, have both been named to national committees for NJCAA eSports.

Guido Esteves, eSports coordinator, left, and Collin Shaner, coach, have both been named to national committees for NJCAA eSports.

DANVILLE — Forget soccer or pickleball. Some say the fastest-growing sport in the U.S. is eSports — competitive, organized video gaming.

In this area, Danville Area Community College is at the forefront.

More than 50 students have joined the college’s new eSports Club, two members are ranked high nationally in one game, and two college officials have been appointed to the national eSports board by the National Junior College Athletic Association.

Guido Esteves, DACC’s coordinator of eSports and audio-visual technician, said he came to the college at the beginning of last year to start the eSports program from the ground up and to aid in expanding the production capabilities of the audio-visual department. (He also serves as pep band co-director.)

“The first thing was building a room and making a lab” for the A-V program, Esteves said. “We were just about ready to go when COVID hit. Luckily, we moved some of our programs online and we went from 20 people ... to 175.”

Now that students are back on campus, DACC is competing against other community colleges across the country.

Esteves and eSports coach Collin Shaner have been appointed to the national eSports board for the NJCAA.

Esteves knew video gaming prior to his involvement with eSports at DACC, but he had to take it to another level.

“Competitive gaming is a whole different thing from when I came up. I had the first Atari,” he said. “I even remember playing Pong. From what it is now, though, it’s crazy.

“You actually have to study ... to get better to compete. It’s a serious business.”

One of those who takes it seriously is Isaiah Loyd, a sophomore psychology major from Danville who is ranked third in the Hearthstone eSports game.

What Loyd likes about the game: “It requires a lot of concentration and strategy. You have to pay attention to what your opponent does and other things that happen.”

Loyd said the eSports club is a good way to meet people with similar interests and make friends.

“It’s a fun, interactive way to be a part of something with like-minded individuals that think and act like you do,” he added. “It’s nice to have the space where sometimes you don’t have to worry about classes and you have time to compete and do something you want to do.”

Loyd competes every Wednesday in Hearthstone.

He said he is keeping his options open on how far he wants to take his love of eSports after graduation. He’s just glad he is part of it.

“The eSports team was very good for me personally coming out of high school,” he said.

Loyd isn’t the only DACC student who is getting noticed as a Hearthstone player. Teammate Alex “Alo” Keaben is ranked No. 11 nationally.

They are helping to put DACC on the eSports map.

Esteves said DACC is an attractive place for eSports. It is set up with 12 gaming computers and a dedicated server. Each station has its own Xbox, PlayStation and Nintendo Switch set up.

Like any sport, there is coaching. Esteves does his part, coaching NBA 2K.

He said DACC is at the forefront among community colleges in the sport. Only 10 percent participated in eSporting last year compared to 50 percent at universities.

Generally, more males play video sports, but the DACC team has a great deal of diversity both gender-wise and racially, Esteves said.

“We’re no different than baseball or basketball,” he said. “We’re treated exactly the same,” and all captains receive scholarships.

Esteves said commitment is important to be a good player.

To be a team member, “you have to be a full-time student, keep your grades up and come to every single match,” he said. “You have to really study the game.”

All competition takes place online at present due to the pandemic, but it will eventually involve traveling once COVID-19 is conquered, Esteves said.

He would like to see DACC became a Midwest hub for the sport “because we have the gear and the facilities to host.”

DACC is also equipped with a video production facility. Prior to the pandemic, the college was in a fellowship arrangement with WCIA-TV, which gave the community college its old studio sets and green screens.