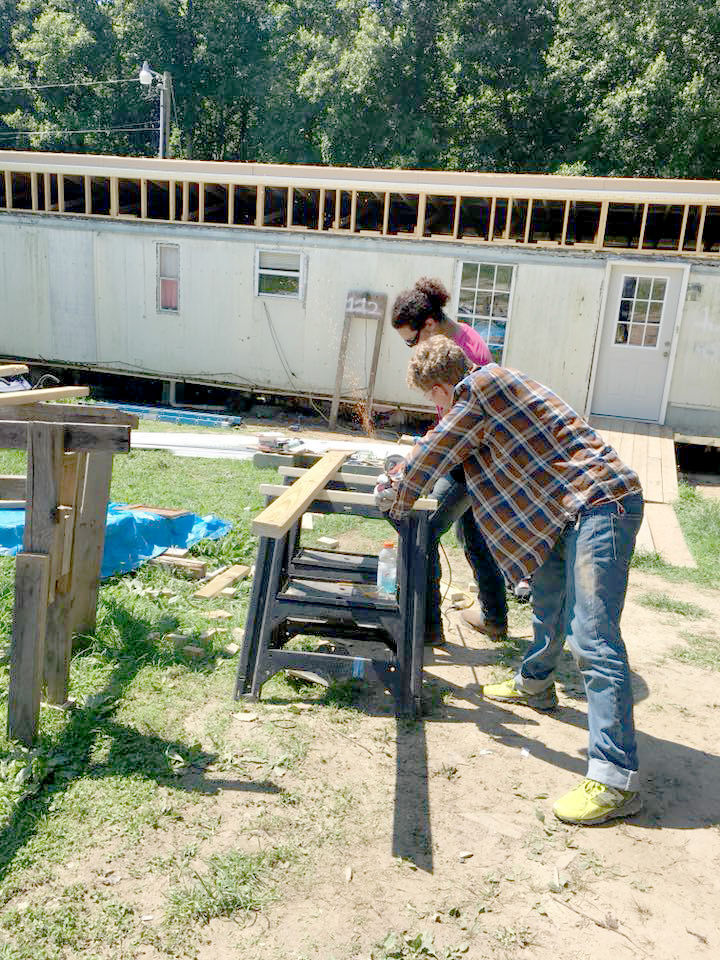 The same rings true for those set to accompany him on Faith United Methodist Church’s annual mission trip.

A group of adult volunteers and 21 area high school students were set to depart this morning, hoping to experience the traditions and camaraderie that have made the trip a staple since 1986.

“It’s really good to take our kids to a place that’s out of their comfort zone, away from the comforts of their own bed,” Storsved said. “It can get pretty hot and humid, and you’re doing work you’re not experienced with, just to see how fortunate our kids have it and understand what other people have to do to make a living.”

Faith UMC had taken part in the Appalachian Service Project’s Summer Youth Program for 34 consecutive years until the pandemic interrupted the streak in 2020. Storsved — the church’s coordinator for the program — and the rest of the trip’s leadership group vowed to do whatever was necessary to get back on the road in 2021.

“When we first got together back in February, as our planning group, (we felt) if we had to wear masks in the vans on the way down, we would be able to follow that,” Storsved said. “We definitely wanted to get back. If ASP was going to be able to host us, we wanted to be there.”

Eligible students range from high school sophomores to recent graduates. Because there was no trip a year ago, the 15 underclassmen going this year will be doing so for the first time.

The plan is for the group to work mostly on addressing basic home-repair needs. Projects relating to flooring, bathrooms and insulation are all common, but Storsved recalls a past effort that led to a home receiving running water for the first time in 30 years.

“Some people may not feel comfortable going up on a ladder and standing on a roof, but you just have to be really encouraging and help them through that,” said recent Champaign Central graduate Madeline Reed, who went on her first trip in 2018. “Because you have to remember, you were new at one point as well.”

Many of the trip’s traditions are remaining in place, including today’s stopover in Lexington, Ky., where the group will spend the night and have breakfast at Centenary United Methodist Church.

From there, they’ll make the 90-mile drive southeast to Salyersville, Ky., where they’ll spend the next week posted up at a local middle school.

Support was strong leading up to the mission, as a penny drive raised more than $800 in loose change.

“We had one first-timer work with his grandpa and brought a 5-gallon bucket that was half full,” Storsved said.

Theme days, a Walmart run and a nightly devotion session are part of the plans, too.

“I remember my first trip, we went to get coffee, like, every morning,” Reed said. “I don’t even drink coffee. But it was just fun.”

Some of this year’s volunteers have had older siblings who partook in previous trips, like Central sophomore Grace Courtney.

The memory of Drew Adams will be held close all week long, too. Adams, a 2020 Central graduate who had participated in three mission trips, passed away last summer.

His father, Harold, is a mainstay of the mission trip as a volunteer. Younger sister Sophia, a sophomore at Central, is a first-time participant this summer.

“He was on my team his very first year,” Storsved said. “For all that Drew did on the sports field and his grit and his work ethic, it carried over into his commitment to ASP. We had so much fun that first year.

“He had such a great personality and sense of humor. And it really came out that year.”

The Champaign church has set up a scholarship in Drew Adams’ honor that will help raise money for the annual event.

“We kind of joke when the kids get back that this was the best group ever. Then the next year, that same kids, this group was the best group ever, you know,” Harold Adams said. “Drew was a big part of that. He could bring out the best and smiles and everybody. We definitely miss him, and I would hope that we could carry on his attitude as we travel down to Kentucky this year.”