Tuesday's coronavirus updates: Cases up by 55 in Champaign County 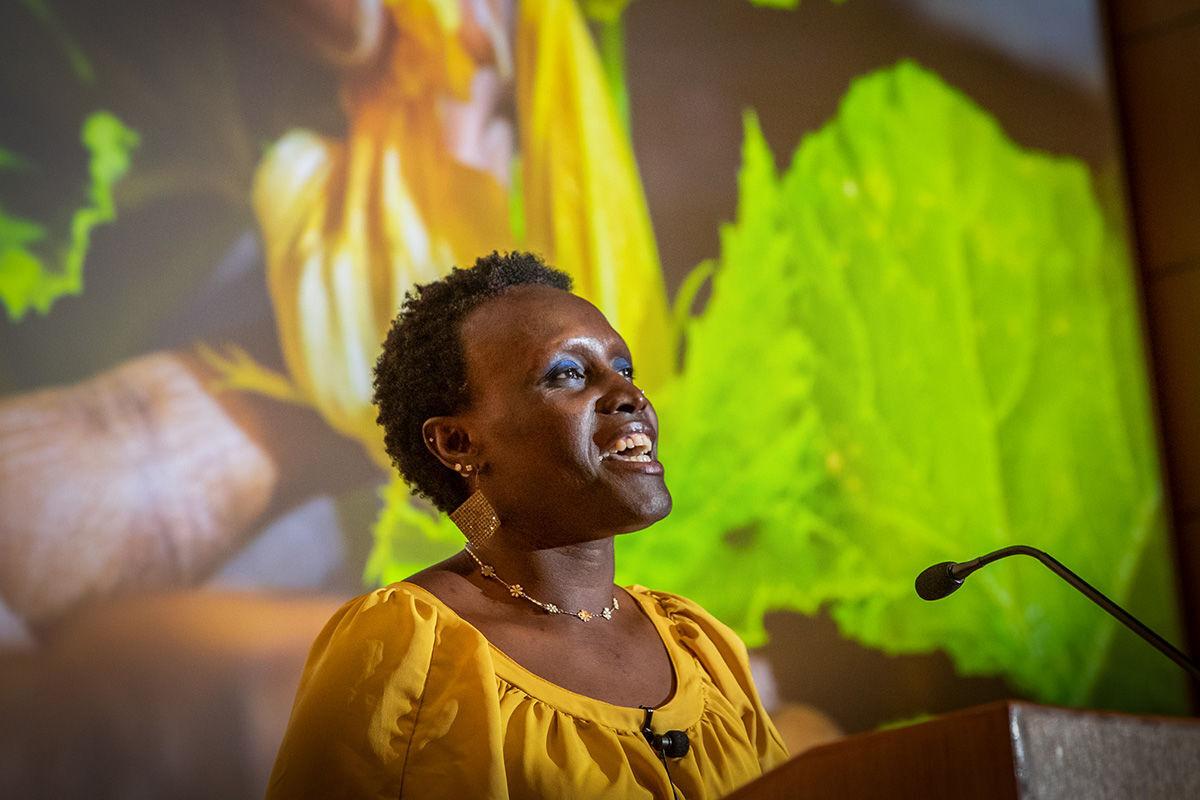 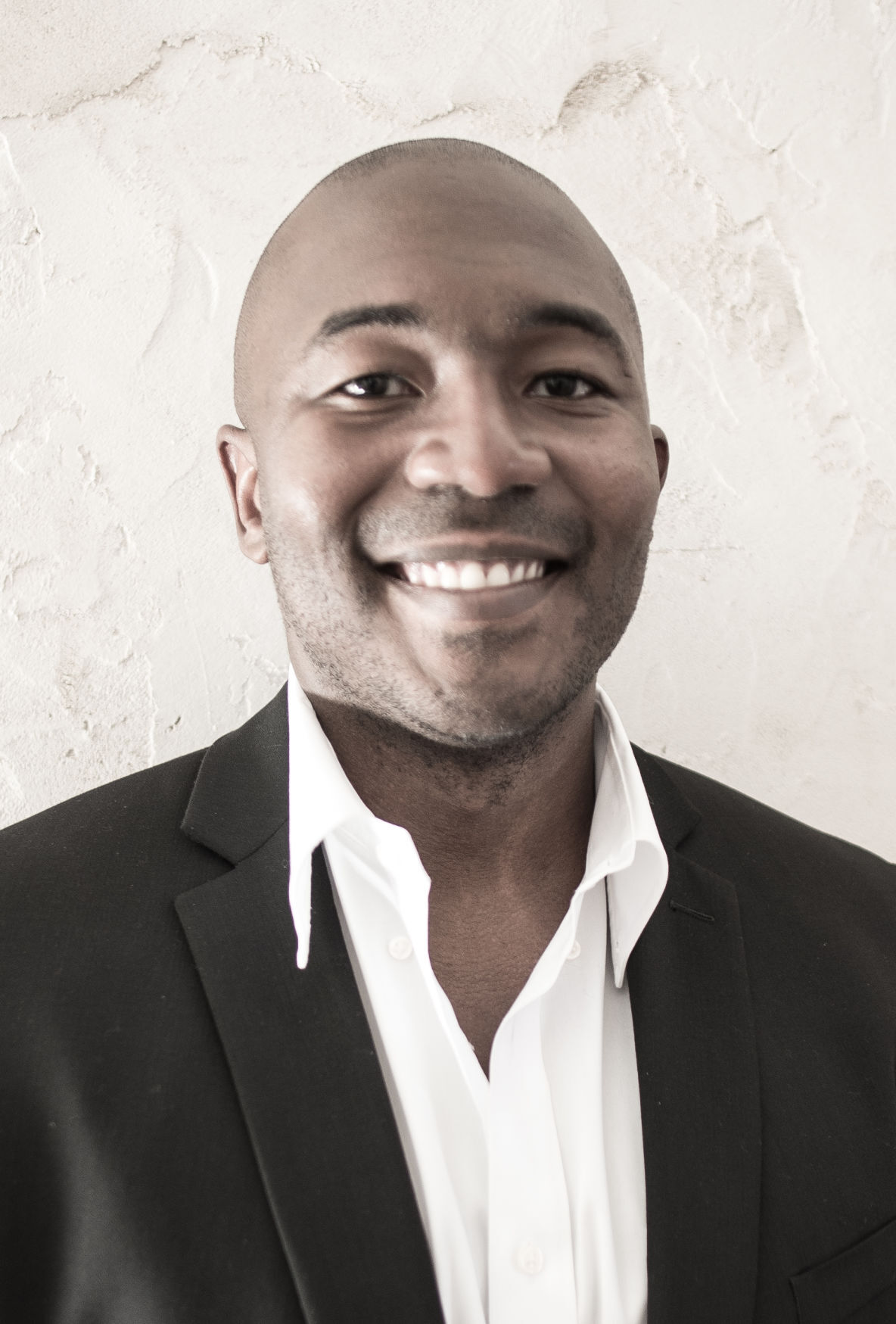 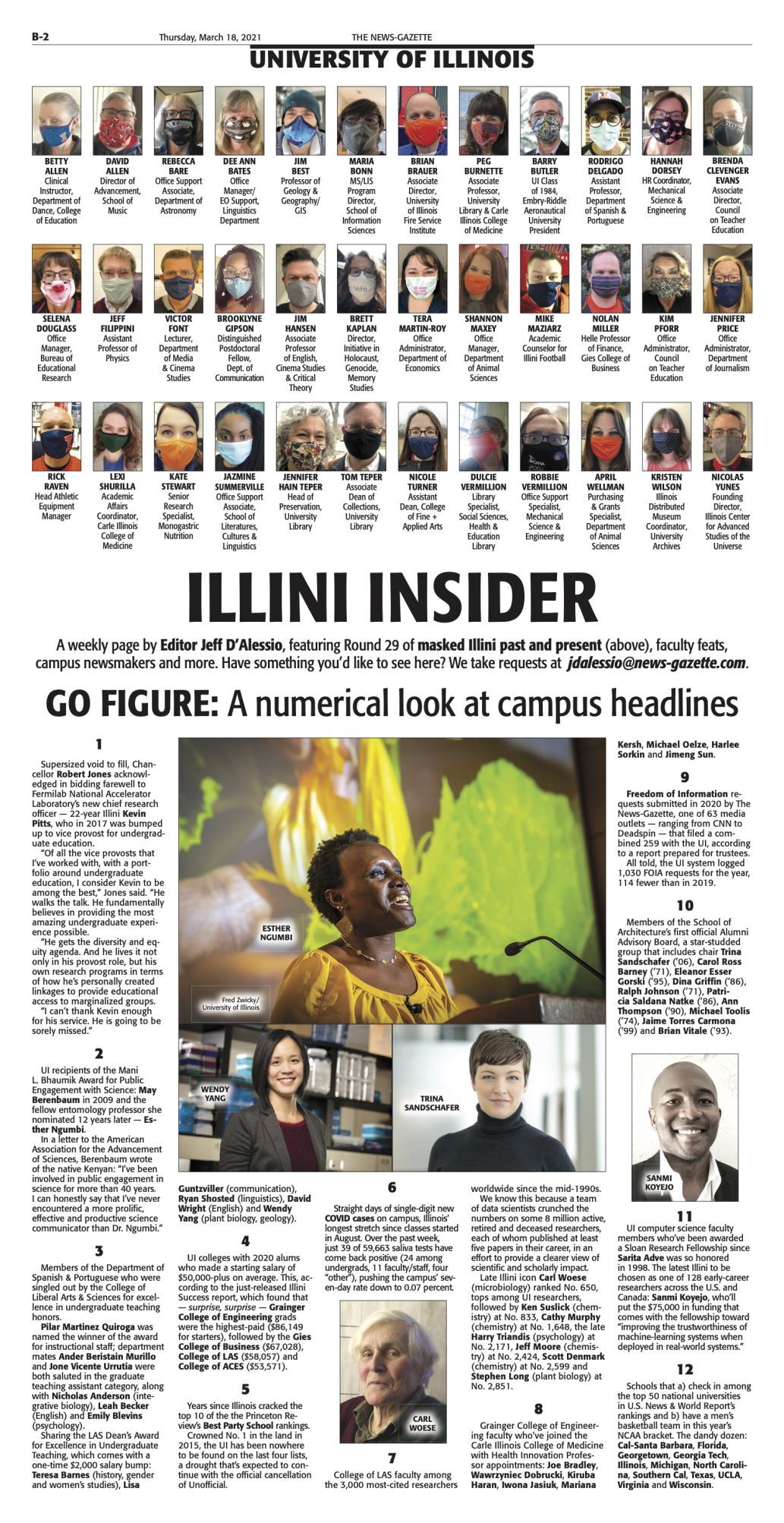 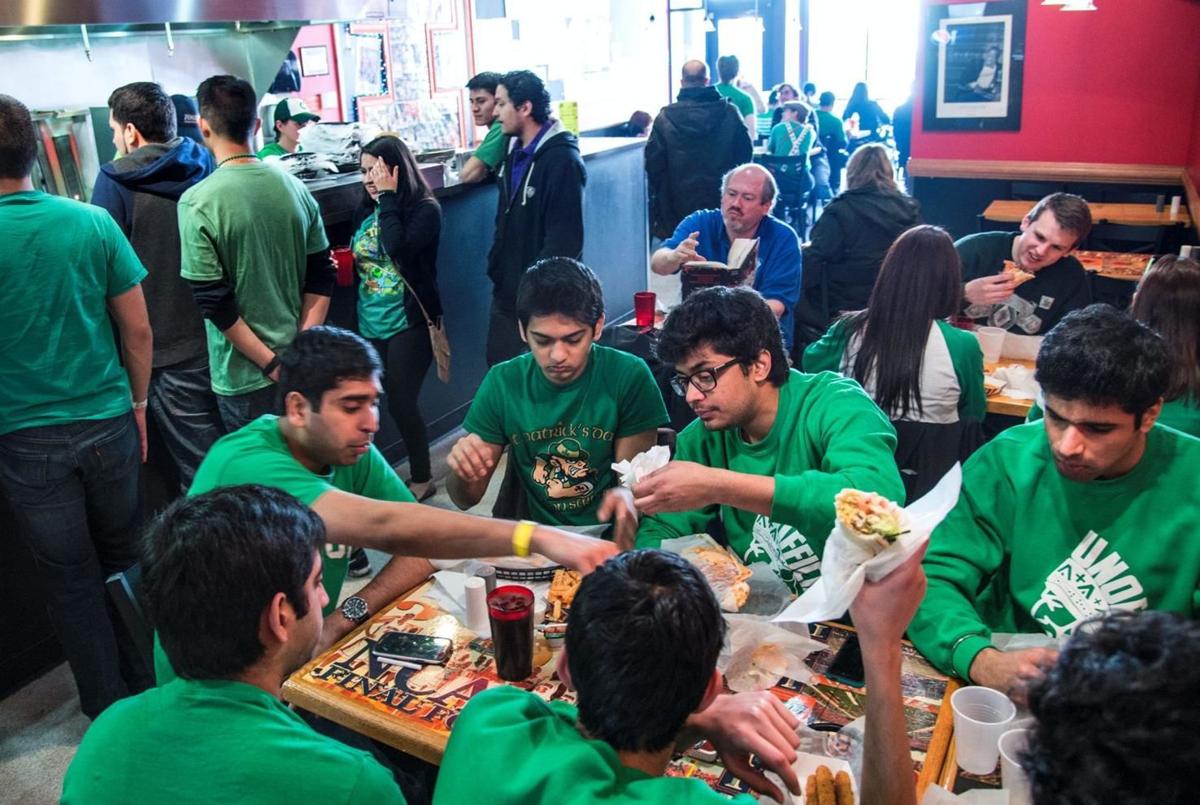 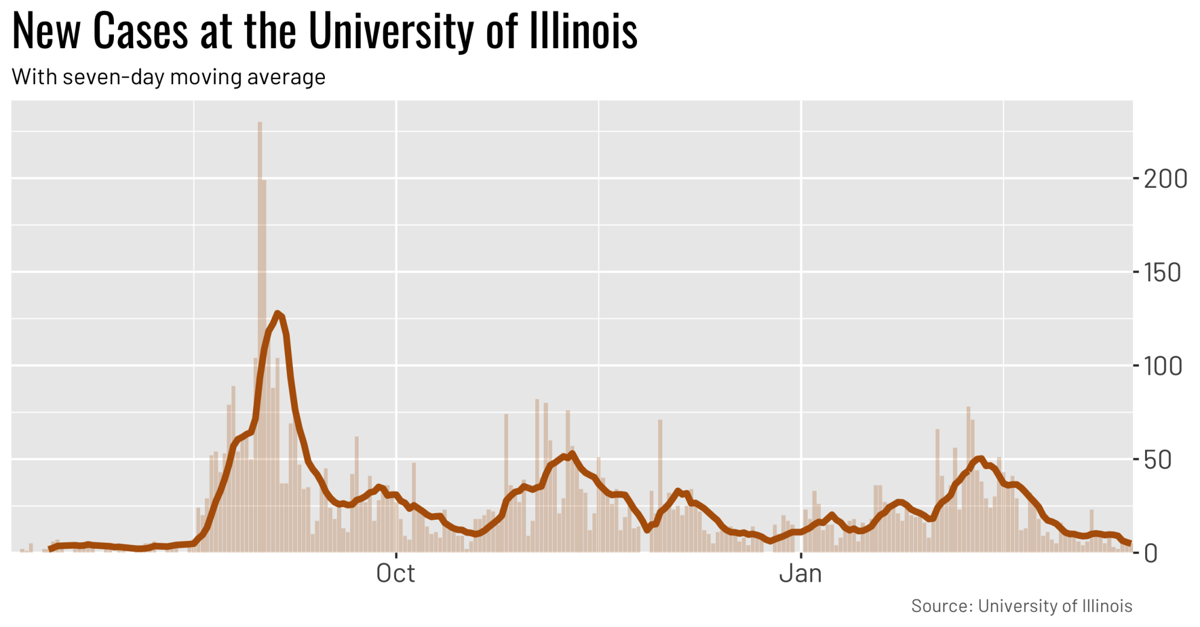 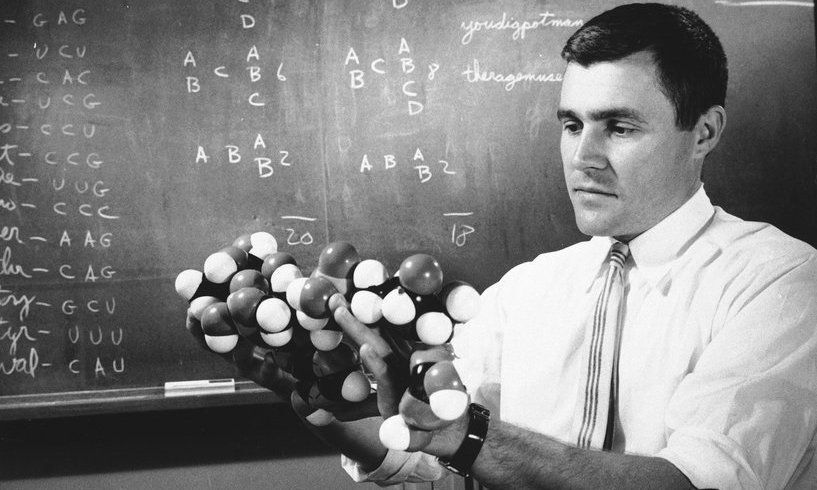 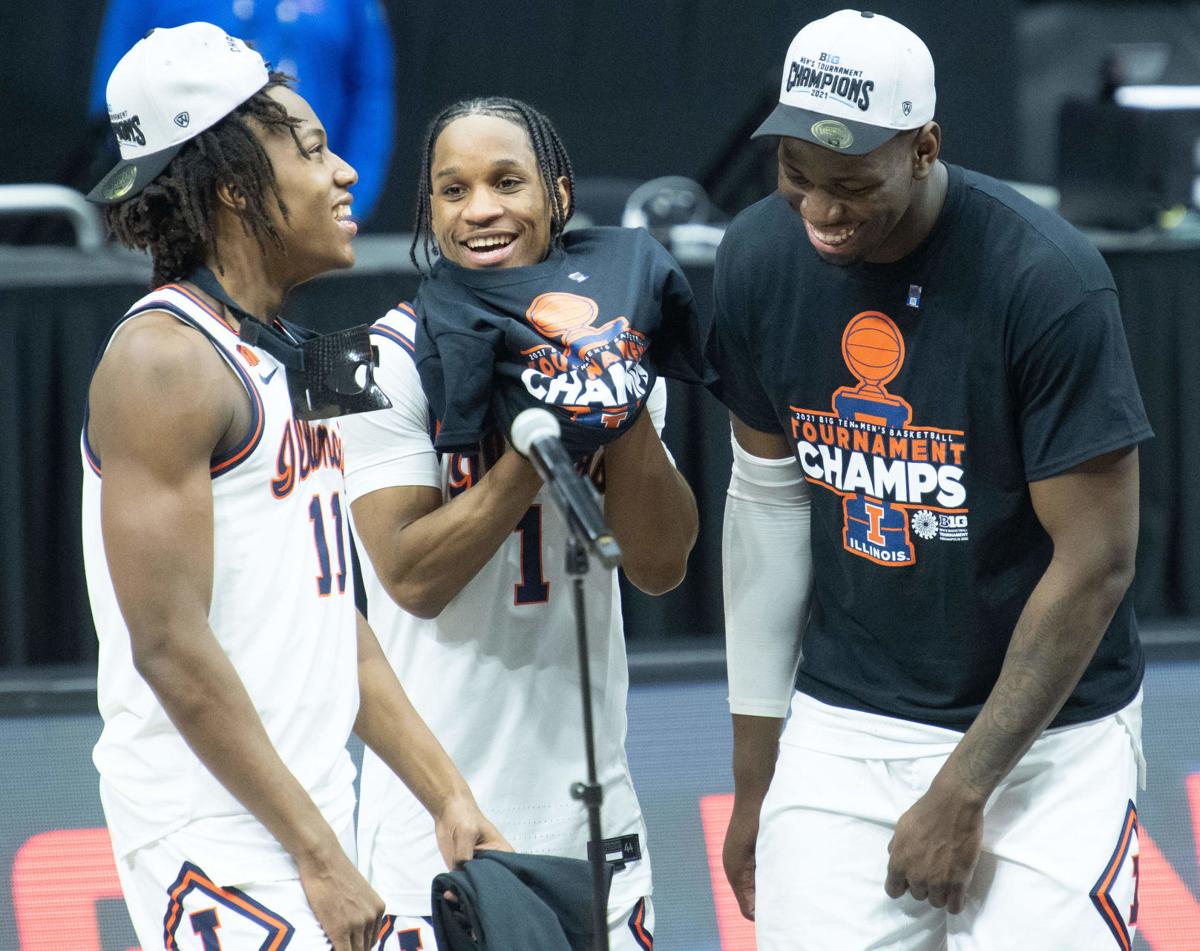 “Of all the vice provosts that I’ve worked with, with a portfolio around undergraduate education, I consider Kevin to be among the best,” Jones said. “He walks the talk. He fundamentally believes in providing the most amazing undergraduate experience possible.

“He gets the diversity and equity agenda. And he lives it not only in his provost role, but his own research programs in terms of how he’s personally created linkages to provide educational access to marginalized groups.

“I can’t thank Kevin enough for his service. He is going to be sorely missed.”

UI recipients of the Mani L. Bhaumik Award for Public Engagement with Science: May Berenbaum in 2009 and the fellow entomology professor she nominated 12 years later — Esther Ngumbi.

In a letter to the American Association for the Advancement of Sciences, Berenbaum wrote of the native Kenyan: “I’ve been involved in public engagement in science for more than 40 years. I can honestly say that I’ve never encountered a more prolific, effective and productive science communicator than Dr. Ngumbi.”

Members of the Department of Spanish & Portuguese who were singled out by the College of Liberal Arts & Sciences for excellence in undergraduate teaching honors.

Just a little brag for your Sunday morning. ☕️📈🤩

Years since Illinois cracked the top 10 of the the Princeton Review’s Best Party School rankings.

Crowned No. 1 in the land in 2015, the UI has been nowhere to be found on the last four lists, a drought that’s expected to continue with the official cancellation of Unofficial.

College of LAS faculty among the 3,000 most-cited researchers worldwide since the mid-1990s.

We know this because a team of data scientists crunched the numbers on some 8 million active, retired and deceased researchers, each of whom published at least five papers in their career, in an effort to provide a clearer view of scientific and scholarly impact.

The group represents a range of disciplines and are positioned to be drivers of innovation in medicine and healthcare 🔸 https://t.co/c9zEhIHXcs pic.twitter.com/QwIcB45dnG

Freedom of Information requests submitted in 2020 by The News-Gazette, one of 63 media outlets — ranging from CNN to Deadspin — that filed a combined 259 with the UI, according to a report prepared for trustees.

The University of Illinois School of Architecture today announced the formation of its first Alumni Advisory Board as well as its ten inaugural members. The board will serve in an advisory capacity to the school and newly appointed director, Francisco Rodriguez-Suarez... (1/2) pic.twitter.com/MpNSPtJU49

UI computer science faculty members who’ve been awarded a Sloan Research Fellowship since Sarita Adve was so honored in 1998.

The latest Illini to be chosen as one of 128 early-career researchers across the U.S. and Canada: Sanmi Koyejo, who’ll put the $75,000 in funding that comes with the fellowship toward “improving the trustworthiness of machine-learning systems when deployed in real-world systems.”