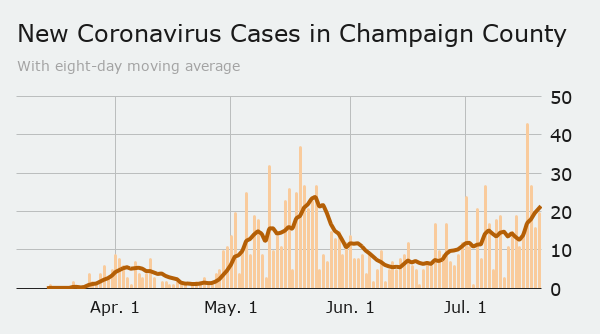 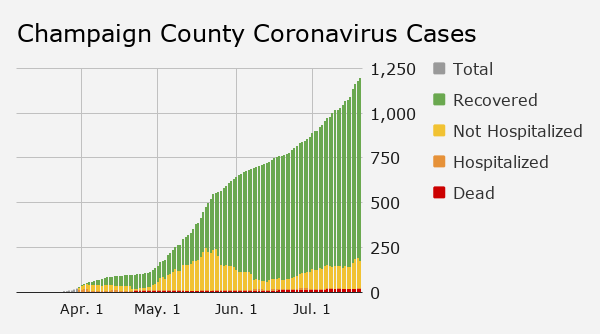 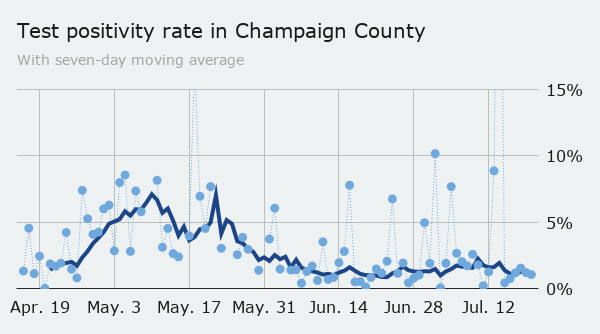 Gov. J.B. Pritzker, shown here talking to Urbana Superintendent Jennifer Ivory-Tatum on Monday in Urbana, is the leading advocate of SB 687 — or, as it’s referred to on state government websites, the ‘Illinois Fair Tax.’

But the number of county residents hospitalized with COVID-19 grew from three entering the weekend to eight on Monday.

Here’s an updated rundown of Champaign County ZIP codes with active cases, followed by their total number of cases, according to C-U Public Health District data:

The number of confirmed cases in Vermilion County grew by seven Monday, to 107.

Here’s a breakdown of Vermilion’s 107 cases:

STATE: Seven-day positivity rate back up to 3.0%

That brought the rolling seven-day rate back to 3.0 percent after two days at 2.9 percent.

For the second straight day, the number of new coronavirus-related deaths was six, involving residents of five counties:

GOVERNOR: 'Having a president who does not wear a mask and does not encourage everybody to wear a mask is a problem'

Gov. J.B. Pritzker said there’s still room for improvement as the positivity rate and hospitalizations for the virus have leveled, instead of seeing continued decreases.

“I worry about that because our numbers should be going down when actually they're about steady,” he said when asked Monday about a rise in cases potentially moving the state backward in its reopening plan. “And that's not a good development – steady is better than up, I mean, let's face it. But what should be happening is, we should continue the downward slide.”

He once again touted the importance of wearing face coverings, saying “above almost everything else it is what will keep you healthy and safe.”

“You don't have to belittle people who aren't wearing a mask, but they should get the idea when everybody else is wearing a mask,” he said. “If I told you that you could take a pill that would reduce your likelihood of getting COVID-19 by 80 percent, wouldn't you do it?

He said there was a “crisis of leadership” in the national response to COVID-19, once again calling out President Donald Trump.

“Having a president who does not wear a mask and does not encourage everybody to wear a mask is a problem. Not to mention denying science,” he said.