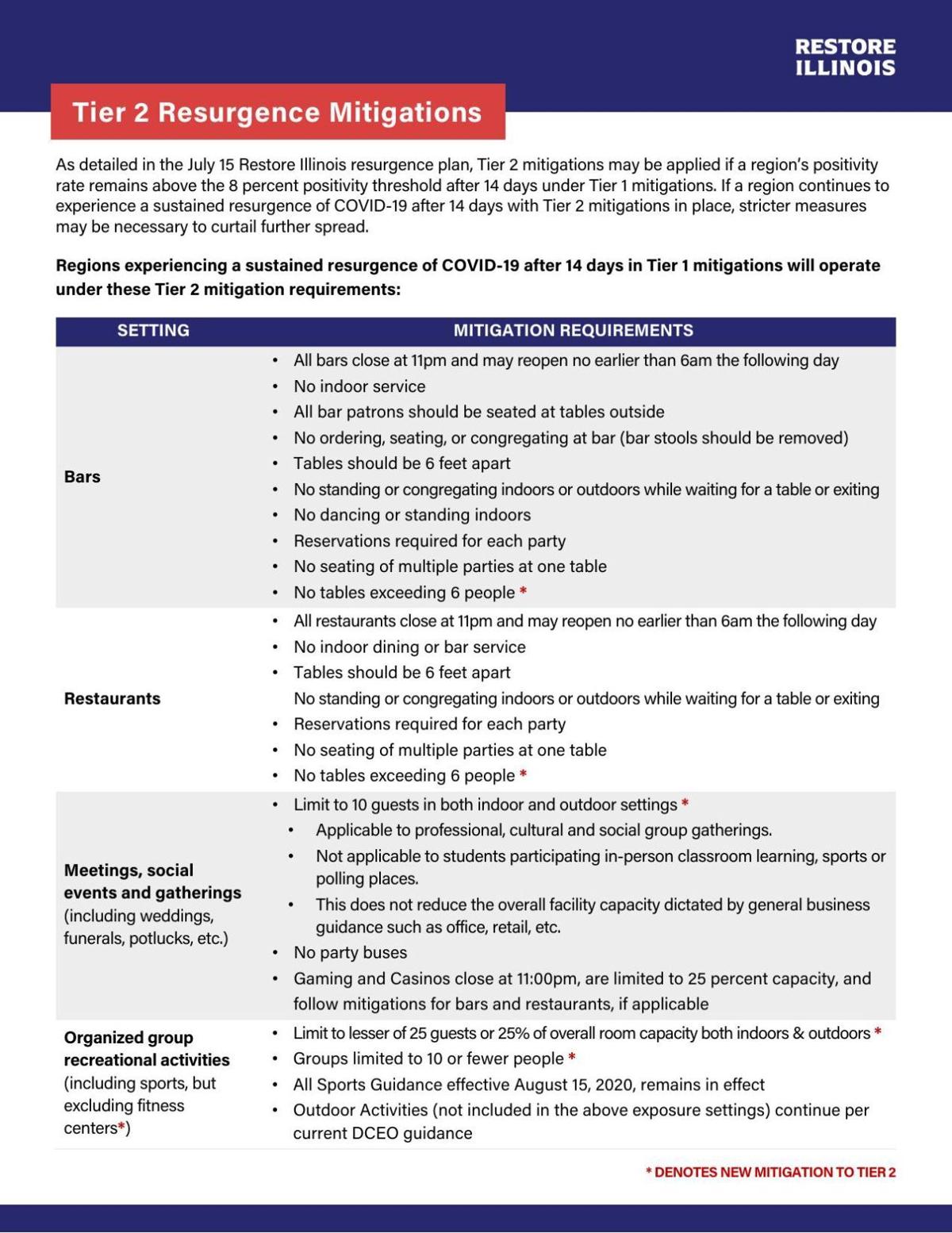 Any region that meets the criteria to move out of Tier 3 in Illinois' Resurgence Mitigation Plan will be allowed to do so beginning on Jan. 15, Gov. J.B. Pritzker announced Wednesday.

As of Wednesday, that group does not include East Central Illinois’ Region 6.

The region that covers Champaign, Douglas, Ford, Piatt and Vermilion counties meets three of the state’s four criteria for advancing to Tier 2:

— A test positivity rate of less than 12 percent for three consecutive days.

Region 6 has done so for 11 straight days.

Region 6 has met both requirements for 11 straight days.

— Declining COVID hospitalizations in seven out of the last 10 days.

Region 6 has had seven straight days of COVID patient increases.

The entire state has been under Tier 3 mitigation rules — which most notably include a ban on indoor dining — since Nov. 20.

Pritzker said early post-holiday numbers leave him "cautiously optimistic that there are some early signs that some regions have made real progress," prompting Wednesday's announcement.

The rules of Tier 2 are the same as far as indoor restaurant and bar service — neither is allowed.

Pritzker said regions could advance beyond Tier 2 if they meet criteria established by IDPH. That could include a return to the conditions Region 6 was under prior to Nov. 20, where indoor dining was allowed but restricted.

For that to happen, a region would have to have a positivity rate of 6.5 percent or lower for three consecutive days following a 14-day IDPH monitoring period.