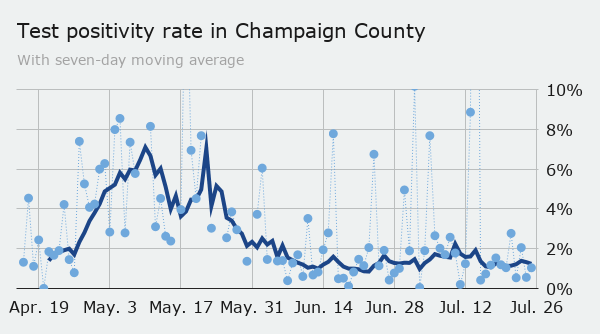 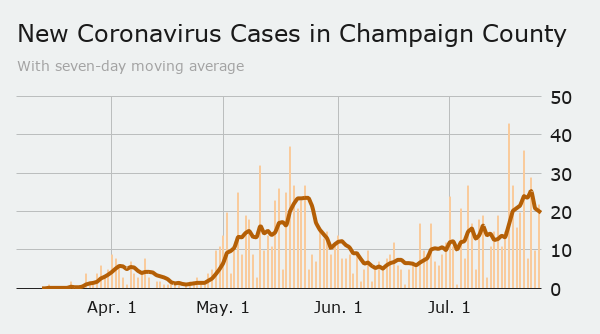 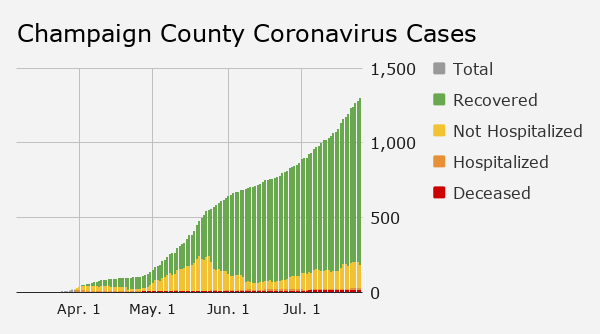 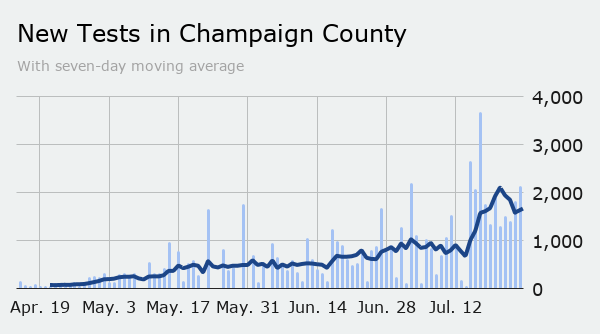 It’s the county’s first coronavirus-related fatality since July 8, when another man in his 70s became the fifth resident in five days to die after testing positive for COVID-19.

The man whose death was revealed Saturday had been hospitalized, Pryde said.

While the county’s positivity rates remained low Saturday — 1.0 percent single-day, 1.2 percent seven-day — the number of residents hospitalized with COVID-19 rose by two, to 12. Eight days ago, that figure stood at three.

Here’s an updated rundown of ZIP codes with active cases, followed by their total number of cases, according to C-U Public Health District data:

Among area counties, only Champaign and Douglas added to their COVID-19 case counts Saturday.

Champaign County's 18th fatality is yet to be added to the state total.