An empty UI campus amid the coronavirus pandemic 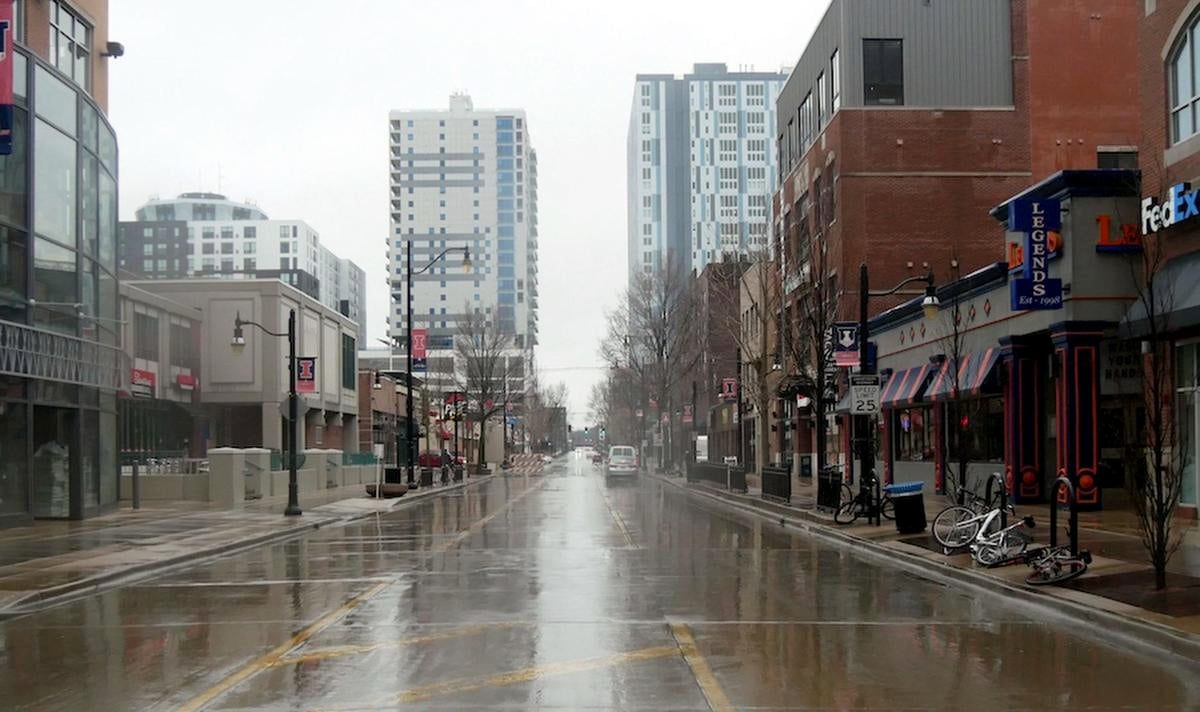 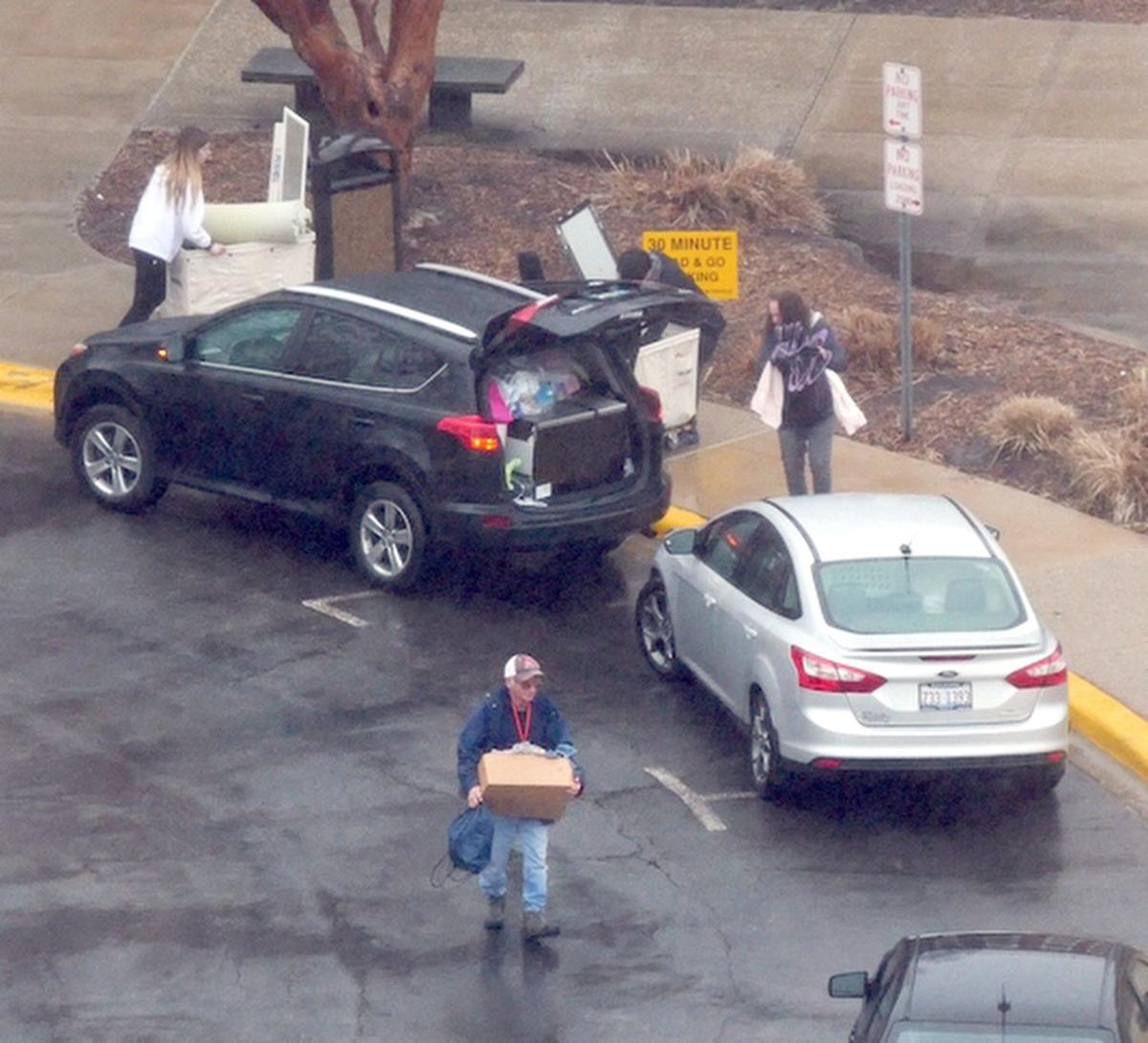 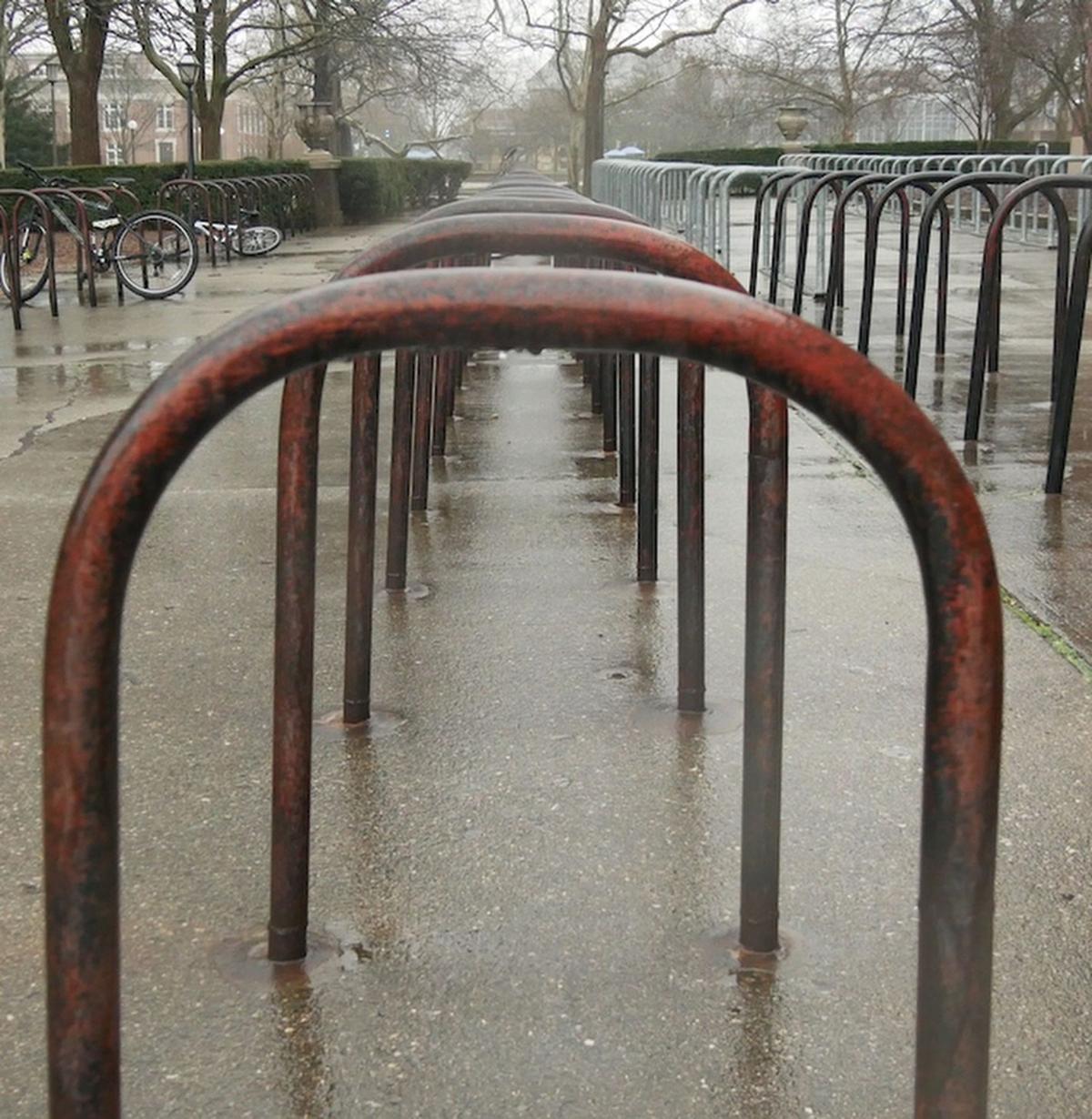 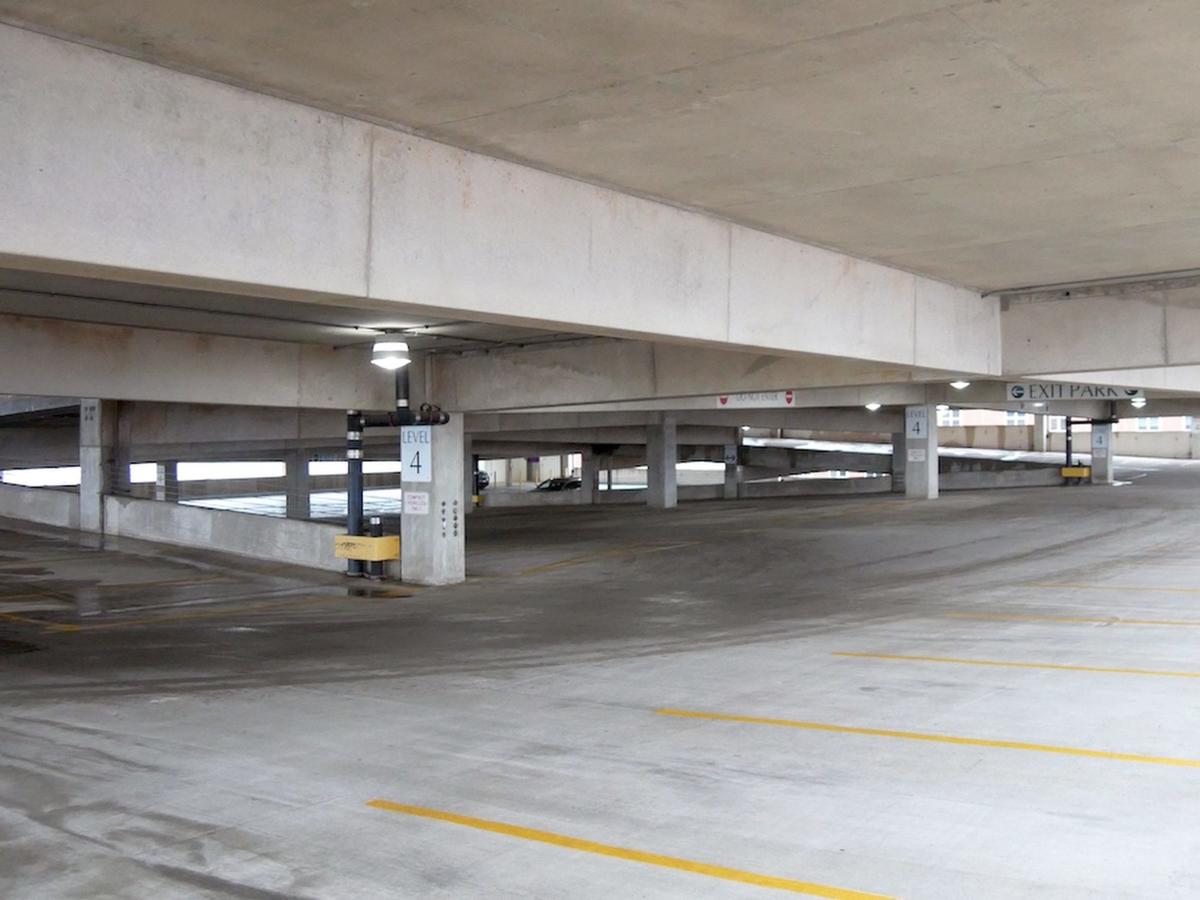 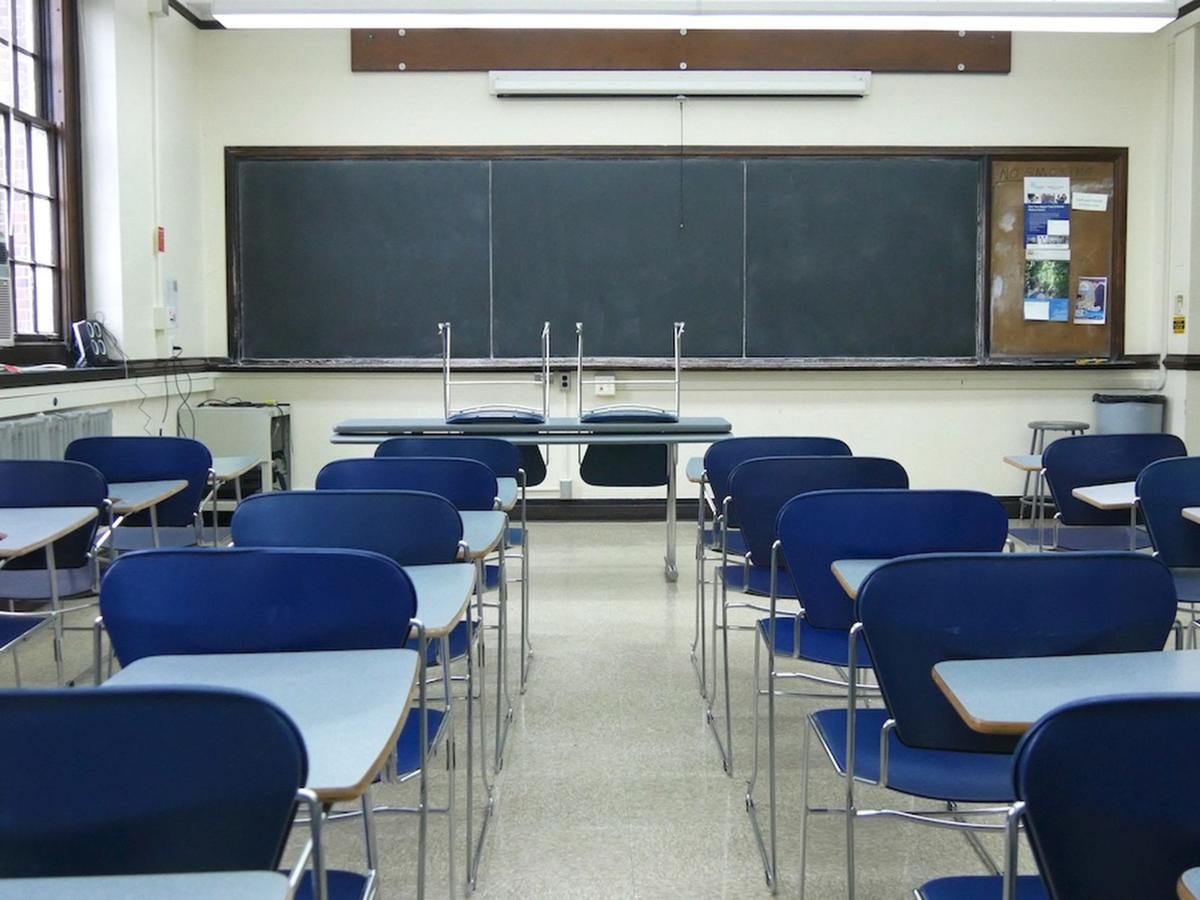 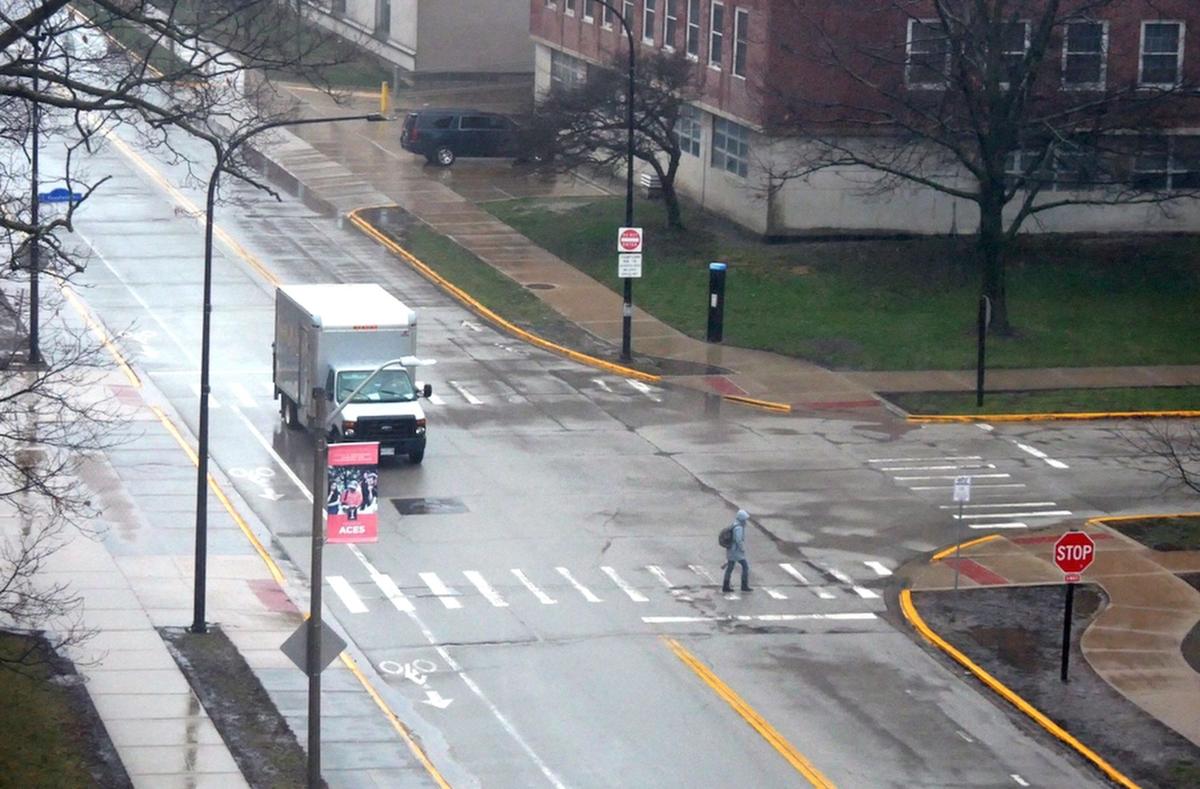 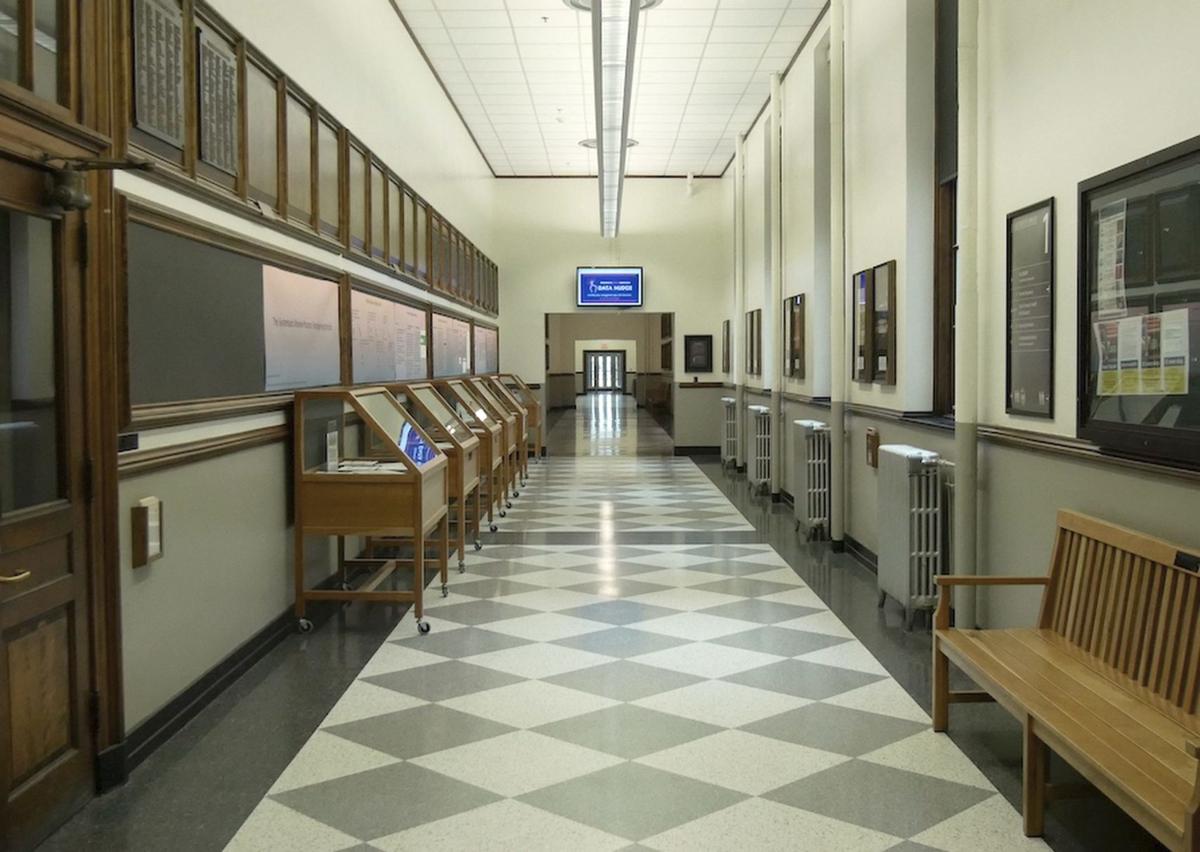 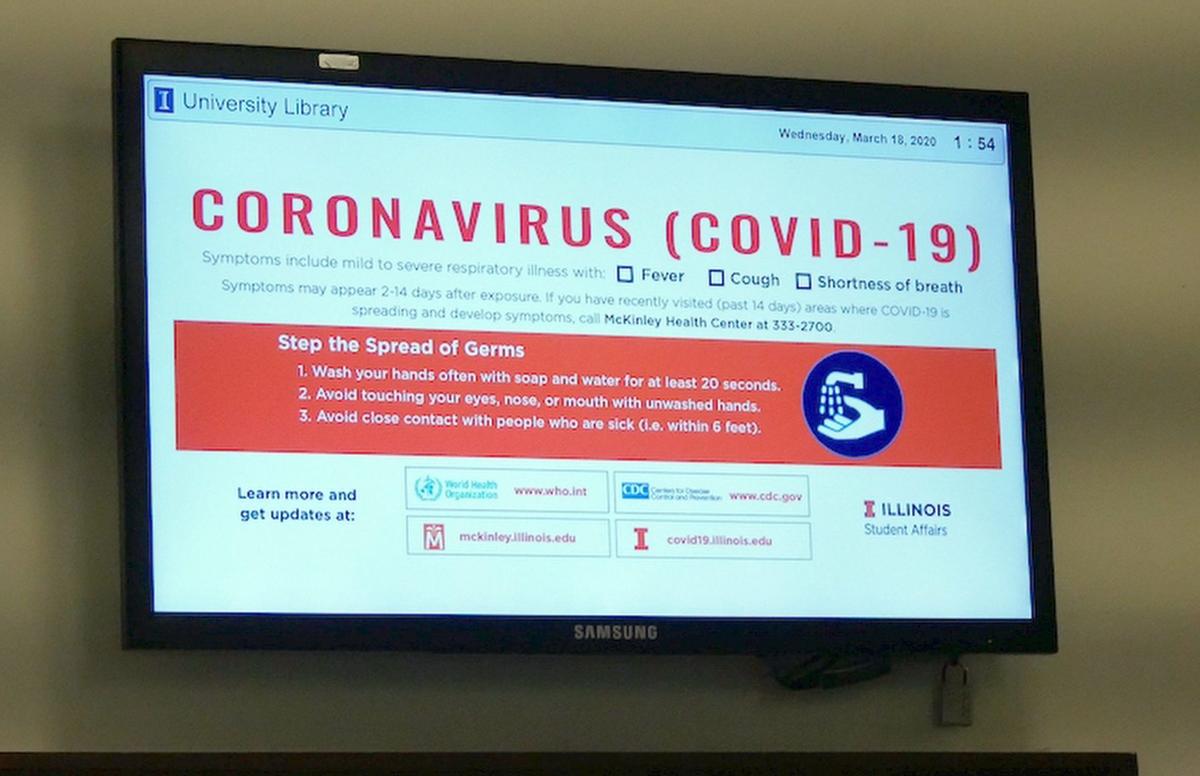 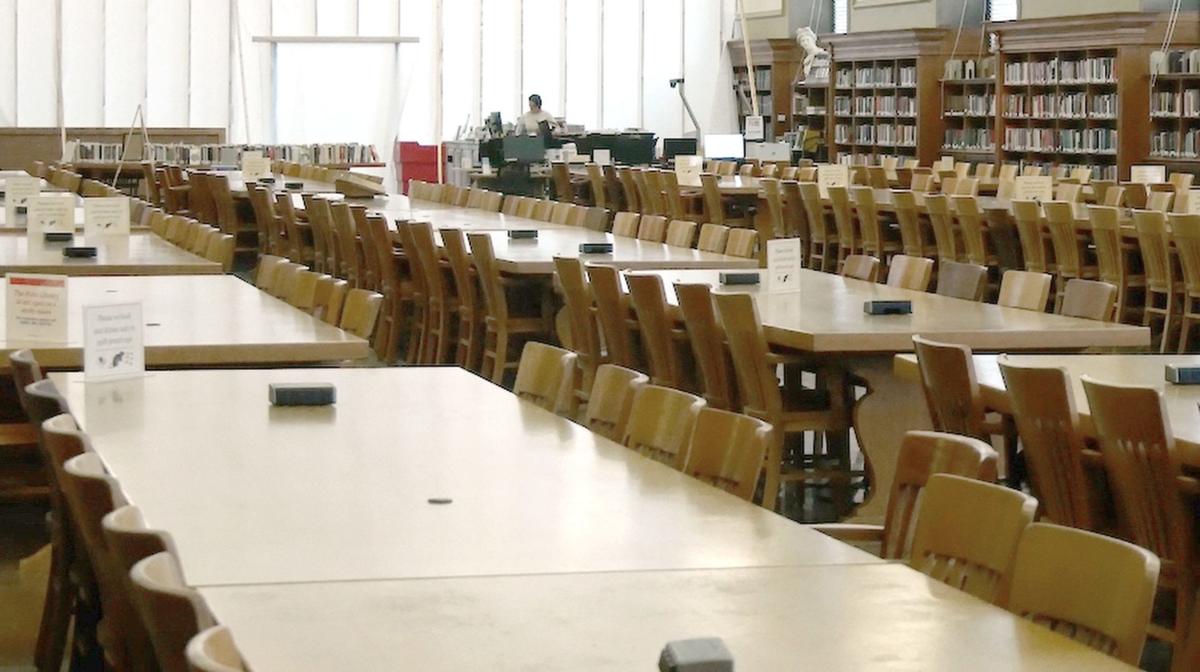 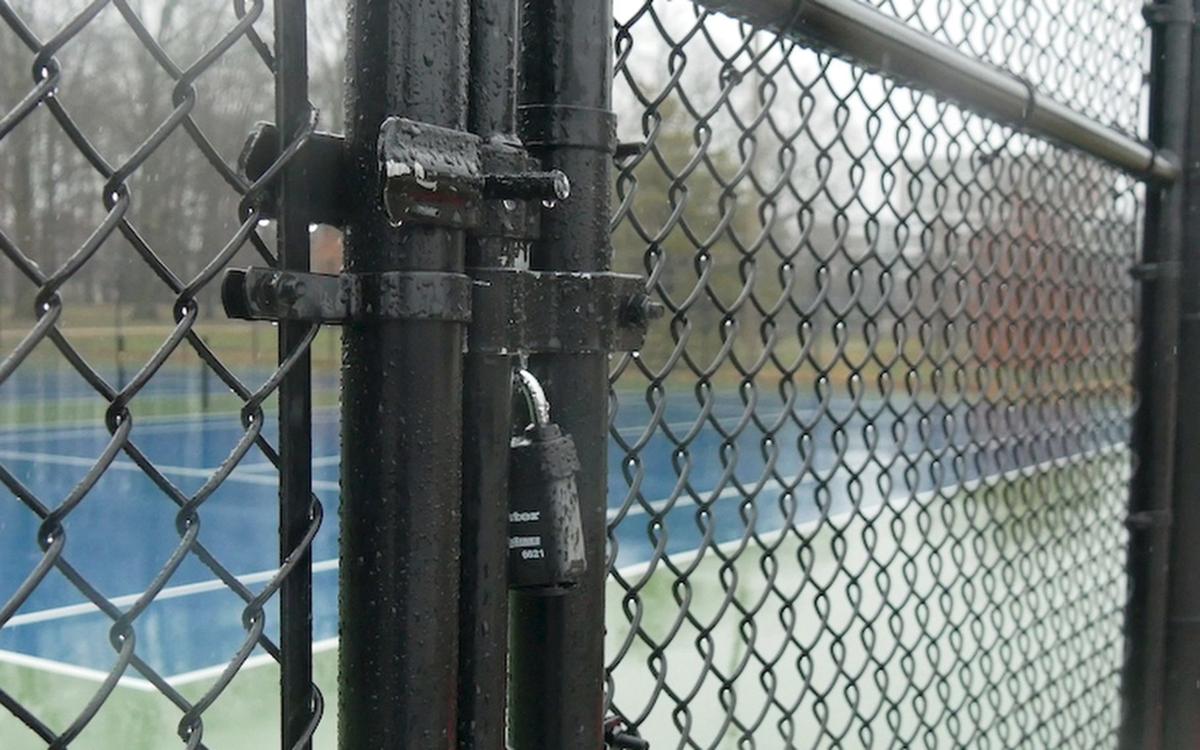 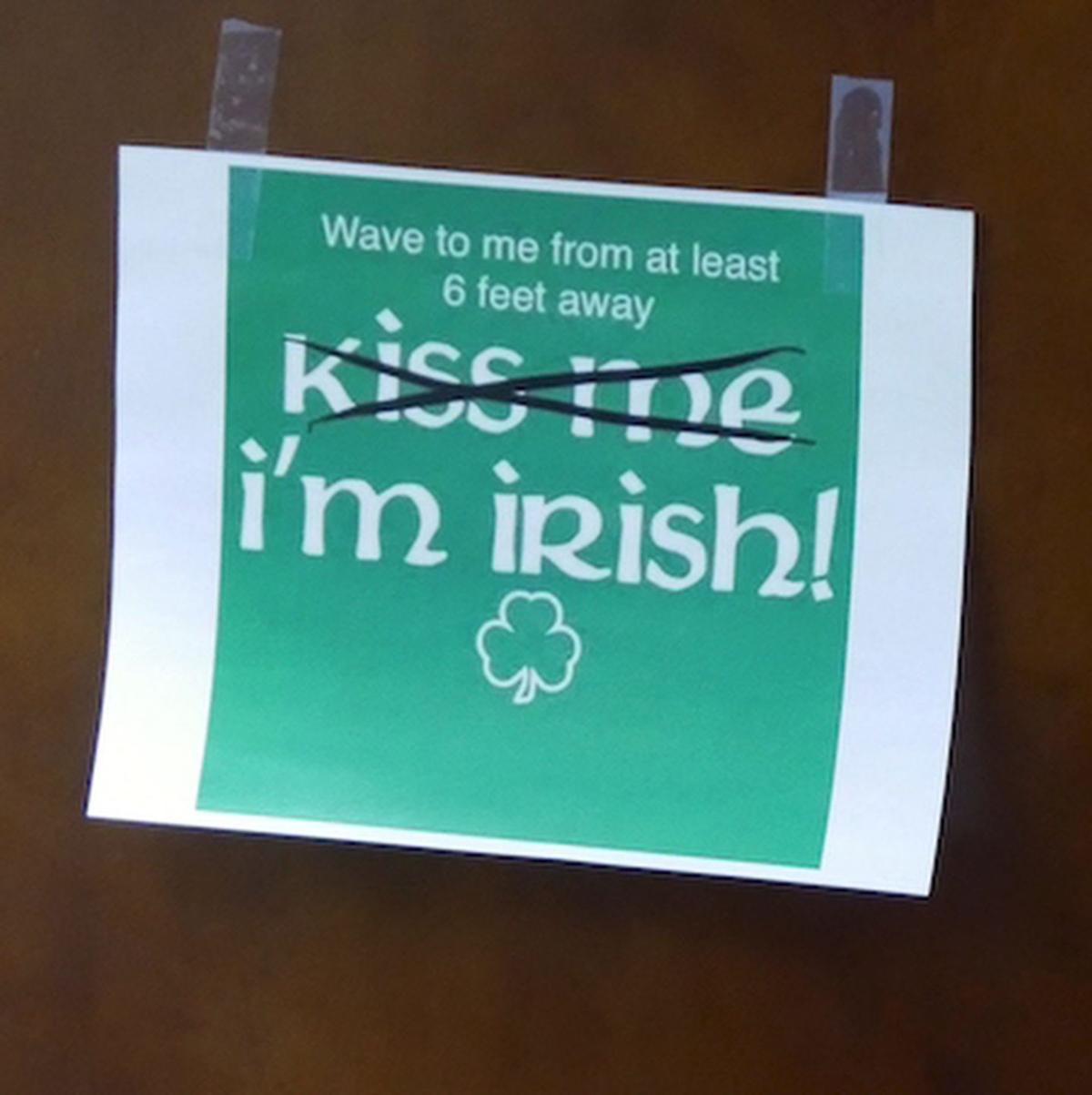 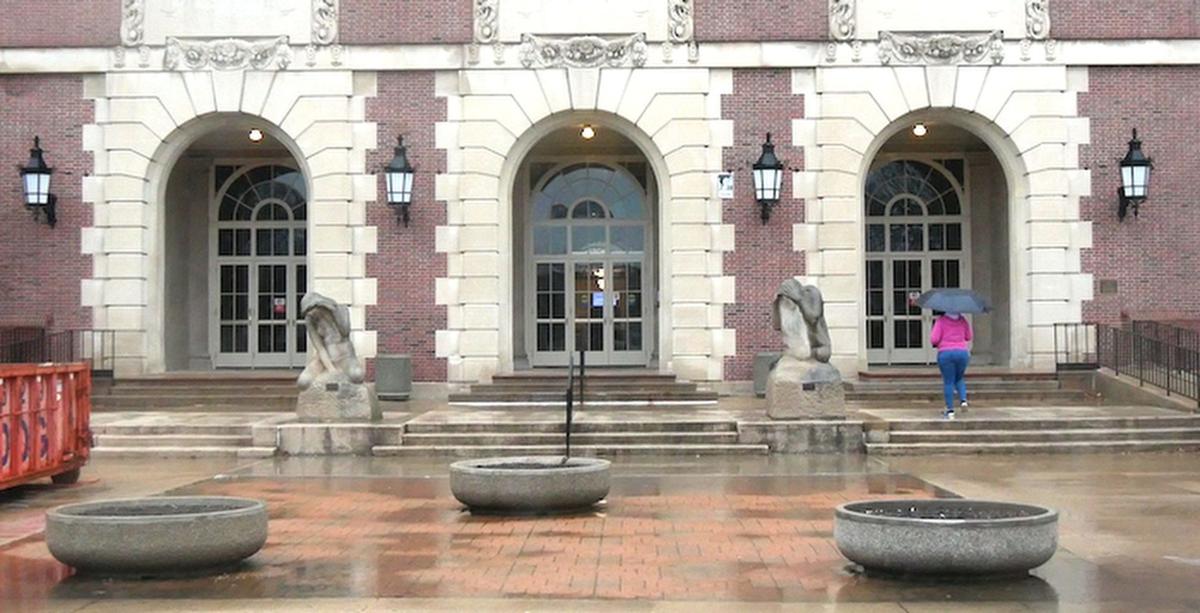 Champaign has canceled Tuesday's city council meeting as it works to install a system to allow council members to participate remotely.

A recent order from Gov. J.B. Pritzker allows that during the pandemic. — Tim Ditman

TJX is temporarily closing all its stores, its CEO said on its website, including the TJ Maxx and HomeGoods in Champaign.

The department store company “has made the decision to do our part to help prevent the further spread of this virus by temporarily closing all stores globally as of today for the next two weeks,” CEO Ernie Herrman said.

The company is also closing its online store, along with its distribution and fulfillment centers and offices.

“We plan to pay our store, distribution and office Associates for two weeks during these closures,” Herrman said.

Kohl's also announced it would be closing, beginning at 7 p.m. Thursday and lasting through at least April 1.

Customers will be able to continue making Kohl's purchases online and through its app. — Ben Zigterman

In a news conference today, Gov. J.B. Pritzker said he's considering every step to stop the spread of COVID-19 in the state.

He also addressed rumors likely referring to a statewide shelter-in-place order  similar to the one issued in the western Chicago suburb of Oak Park.

"Essential services will not close," he said, mentioning interstates, highways, bridges, grocery stores, pharmacies  and gas stations. "We will never shut those services down," he said.

Pritzker added "there is no need to run out and hoard food, gas and medicine."

Providing an update on COVID-19 cases, Pritzker said he expects the number of positive results would continue to climb.

The death toll in Illinois is four with 422 cases in 22 counties.

"We have to mitigate the spread of COVID-19," he said. "We have to flatten  the curve."

“We’re using every tool at our disposal to respond to #COVID19. But as rumors continue to swirl, I do want to assure all of you: essential services will always remain open. Grocery stores, pharmacies, gas stations — the things we all need — will not be closing down.”

The shelter-in-place order in Oak Park essentially requires residents to stay in their homes as public health officials try to stop the coronavirus from spreading.

The McLean County Health Department announced the first case of COVID-19 in that community Thursday, a man in his 70s without a history of travel or exposure.

The Illinois Department of Public Health also Thursday announced the death of three additional people in Illinois with COVID-19.

May’s commencement ceremony for Parkland’s Class of 2020 has been canceled, the college announced this afternoon.

In a statement, school officials said: “As you know, Parkland College has been at the forefront of working to promote the health and safety of its students, faculty, staff and the greater District 505 community,” the college said. “With the uncertainty and difficulty that the COVID-19 reality is presenting, we cannot responsibly conduct these ceremonies this year as scheduled in May.

“That does not mean that we are any less proud of our students, our faculty and staff, or our community. We will work diligently in the coming weeks to find alternative and safe ways to showcase our students and their accomplishments. These alternatives may include a ceremony later in the year once it would be safe to conduct one.”

An update from Champaign schools today:

An important update for Unit 4 Families from Supt. Dr. Susan Zola. We encourage all families to read the message all the way through. The message provides some guidance for March 23 through March 30. https://t.co/lKFNg8NM6t pic.twitter.com/AiE90TKV7e

The federal courthouse in Urbana is closed to the public. Public gatherings like citizenship ceremonies are suspended.

Certain court hearings are being delayed or modified. In particular, civil hearings will be done by phone or video-conference. All these changes go until May 18. — Tim Ditman

Crunch Fitness has decided to close its gym in Champaign.

“We hung on as long as we could and did our best to stay open for you,” the gym wrote on Facebook.

But citing state and city guidance, “we are forced to temporarily close effective March 19,” it wrote. “Crunch Champaign will remain closed until April 1st tentatively.”

During the shutdown, it will try to keep its staff employed, it said.

“We will use this period to conduct continuous additional cleaning and disinfecting of all areas of the club,” the gym wrote. “This also enables us to keep staff members working and paid during this time.”

It let customers know their memberships would be extended or credited for the time the gym is closed.

And it is giving its members access to online workouts. — Ben Zigterman

Busey Bank announced it will close lobbies at all its locations effective Thursday until further notice.

Drive-ups and ATMs are open and online banking remains available.

The mobile app can be downloaded through the App Store or Google Play, and the bank’s electronic platform can be accessed through busey.com.

Employees will also be available at different branches to take care of issues that need immediate attention.

If you must get to a safety deposit box, contact your Busey branch or customer care at 800-672-8739, option 2, to schedule an appointment. — Mary Schenk

On Wednesday, the University of Illinois Alumni Association announced the cancellation of all its “Senior Illini” programs through the end of May.

"Our first priority here at the Alumni Association is the safety and well being of our alumni and friends. Until such time as we can be confident in ensuring those very things we believe it’s better to be safe than sorry,” said Jennifer Dillavou, Associate Vice Chancellor for Alumni Relations.

Dillavou said a 2020-21 brochure should be out in the next few weeks.

— Champaign County’s confirmed case count is still just one, but the statewide total nearly doubled from Tuesday to Wednesday, from 160 to 288. Also, two new Illinois counties — Kendall and Madison — were added to the list of places with confirmed cases. As of Wednesday, at least one resident had tested positive for COVID-19 in 17 of Illinois’ 102 counties. Among the updated count are 20 new cases at a long-term-care facility in DuPage County that first reported a confirmed case Saturday.

— The state’s death count remains at one — retired nurse Patricia Frieson, 61, of Chicago. “The grim truth is these numbers will continue to grow significantly, as will, likely, the unfortunate statistic of fatalities,” Illinois Department of Public Health Director Dr. Ngozi Ezikewarned Wednesday. Ezike said the state has the capacity to test 60 to 100 samples per day, but with the ongoing deficiency of tests: “It will take every single one of us making every sacrifice that we can to reduce this virus.”

— Danville Mayor Rickey Williams Jr. announced Wednesday that all positions with the capacity to work from home will do so effective today, adding: “Essential city services will continue uninterrupted.”

— Illinois State Police Director Brendan Kelly said law-enforcement personnel are prepared to enforce Gov. J.B. Pritzker’s order for restaurants and bars to remain closed to dine-in customers. Failure to do so is a misdemeanor.