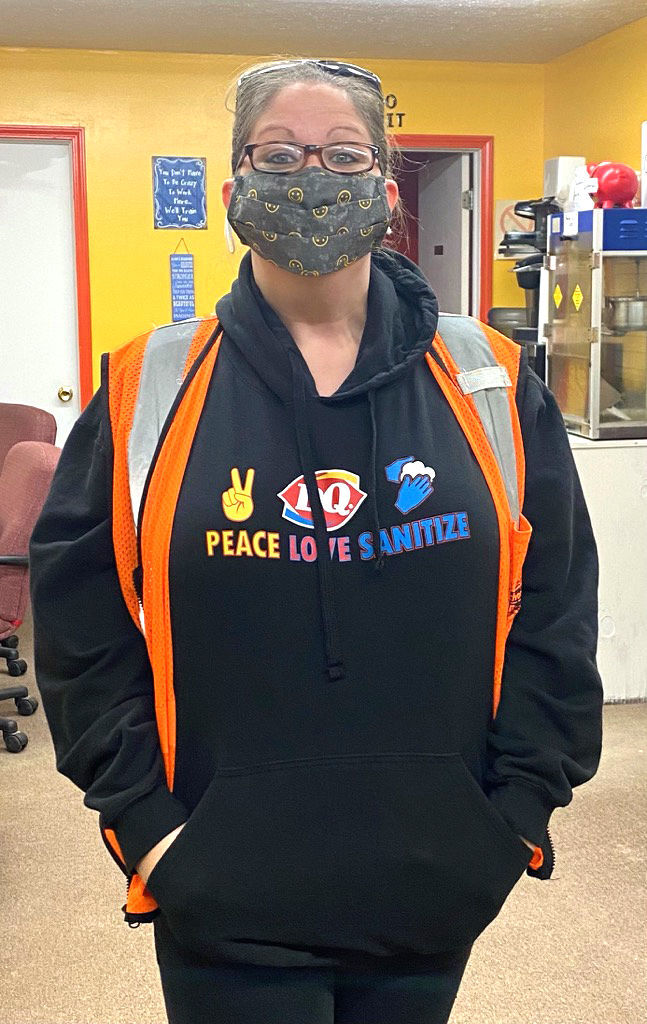 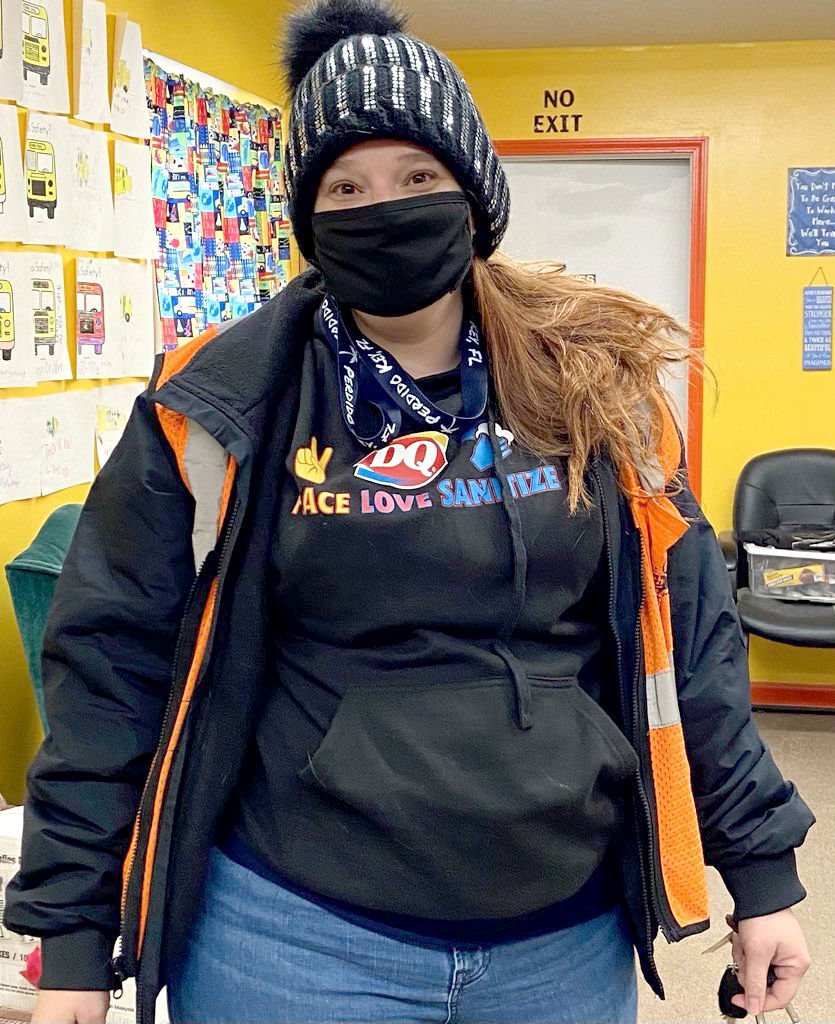 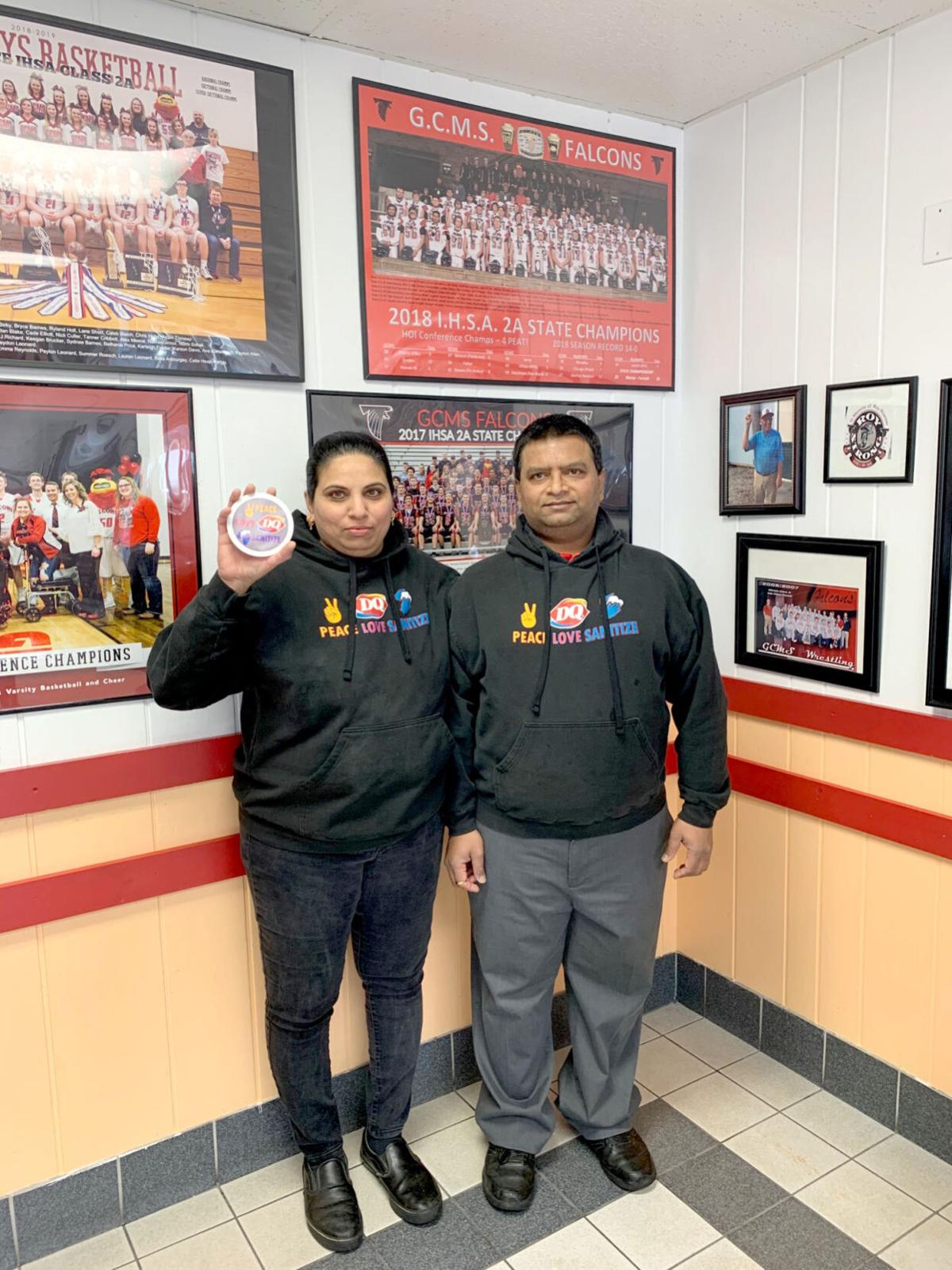 Gibson City’s Paula and Paul Patel own Dairy Queen, which has deep ties to the community. 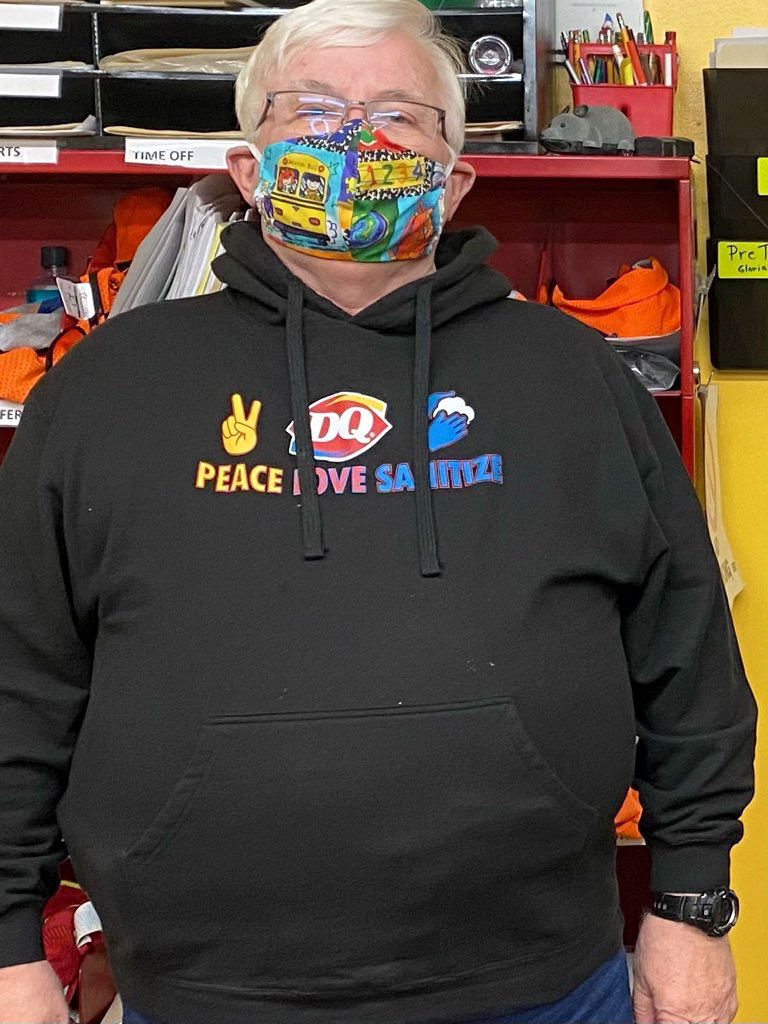 On Monday, the bus drivers and monitors who get kids to school in Gibson City showed off their new, warm-and-toasty look.

The 14 “Peace Love Sanitize” hoodies were given to them as a show of appreciation from the Patel family that operates Gibson City’s popular Dairy Queen restaurant on First Street.

“That’s just who they are,” said Kari Ryan-Cline, contract manager for Illinois Central School Bus. “They are super kind and care about the community greatly. They are really amazing.”

Like so many restaurants, the DQ has taken a hit during the pandemic. Still, when Ryan-Cline mentioned how much she enjoyed the “Peace Love & Sanitize” sticker on the drive-thru window, the Patels — Paul and Paula — acted on the compliment.

“We loved to do that,” said Paul, a regular community contributor who last month helped raise more than $1,500 for a local food pantry. “They are good, good people and hard workers who do a great job keeping us safe.”

The hoodies will come in handy, Ryan-Cline said, when temperatures drop even more in the coming weeks as Gibson City continues in-school learning.

“All I know is that the businesses here that are able to help generally do,” Ryan-Cline said. “The community in general, when things are cruddy, people try to help.”