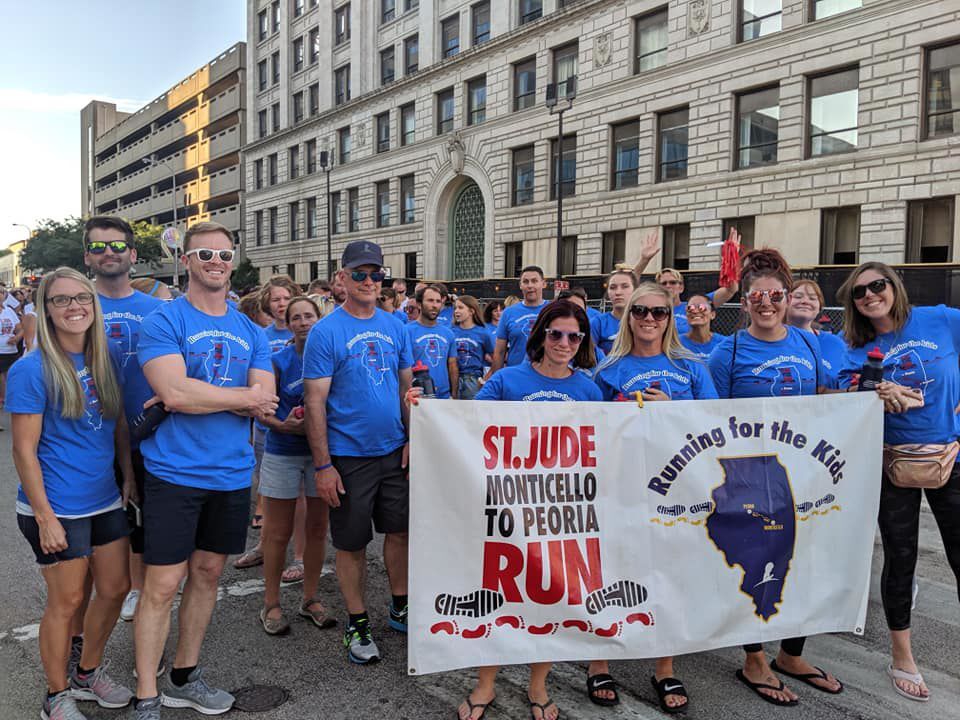 In past years, runners who participated in Monticello’s leg of the St. Jude Run finished in Peoria. 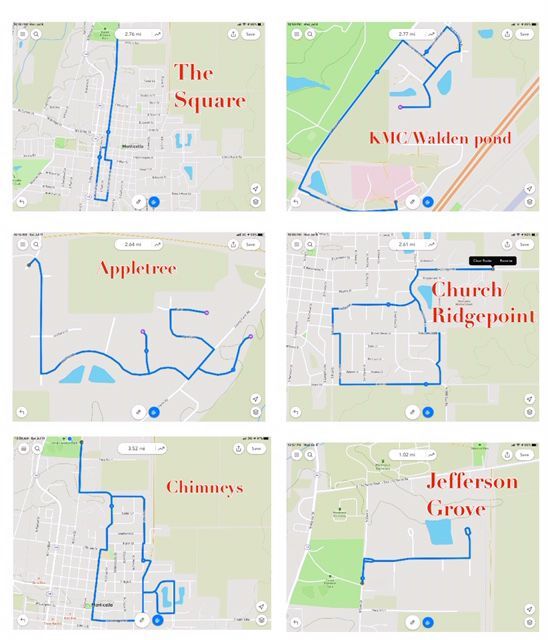 In past years, runners who participated in Monticello’s leg of the St. Jude Run finished in Peoria.

They’ll still be running for a good cause this weekend, just not hoofing it overnight to Peoria.

Due to COVID-19 restrictions, St. Jude Run participants in Champaign and Monticello will stay local in hopes of raising money to fight childhood cancer.

“Totally — totally — we will miss it,” Monticello organizer Tricia Shaw said. “It won’t be the same, but we’re going to power through.”

Year 9 of Monticello’s St. Jude leg will have 40-plus runners — in socially distanced groups of 10 — cover different routes through town Saturday, including a lunchtime jog around the Courthouse Square. Each runner has pledged to raise $1,000. Donations will be accepted along the way and from 10 a.m. to 3 p.m. at Forest Preserve Park, where the Wienie Wagon will be open for business (and donating 10 percent of its sales to the fundraiser).

A checkbook isn’t the only way spectators can help out on what should be a steamy day in the Apple Tree, Ridge Point, Chimneys and Jefferson Grove subdivisions.

In normal times, a large Champaign contingent would leave downtown en masse on Friday night, a festive bar crowd cheering them on. This year, groups of 10 will jog around Hessel Park from 9 a.m. to 3 p.m. Saturday. Later that night, organizers Annessa and Jack Parisi will present a check in Peoria.

“It’s ending up far different than what anyone had planned,” Shaw said.