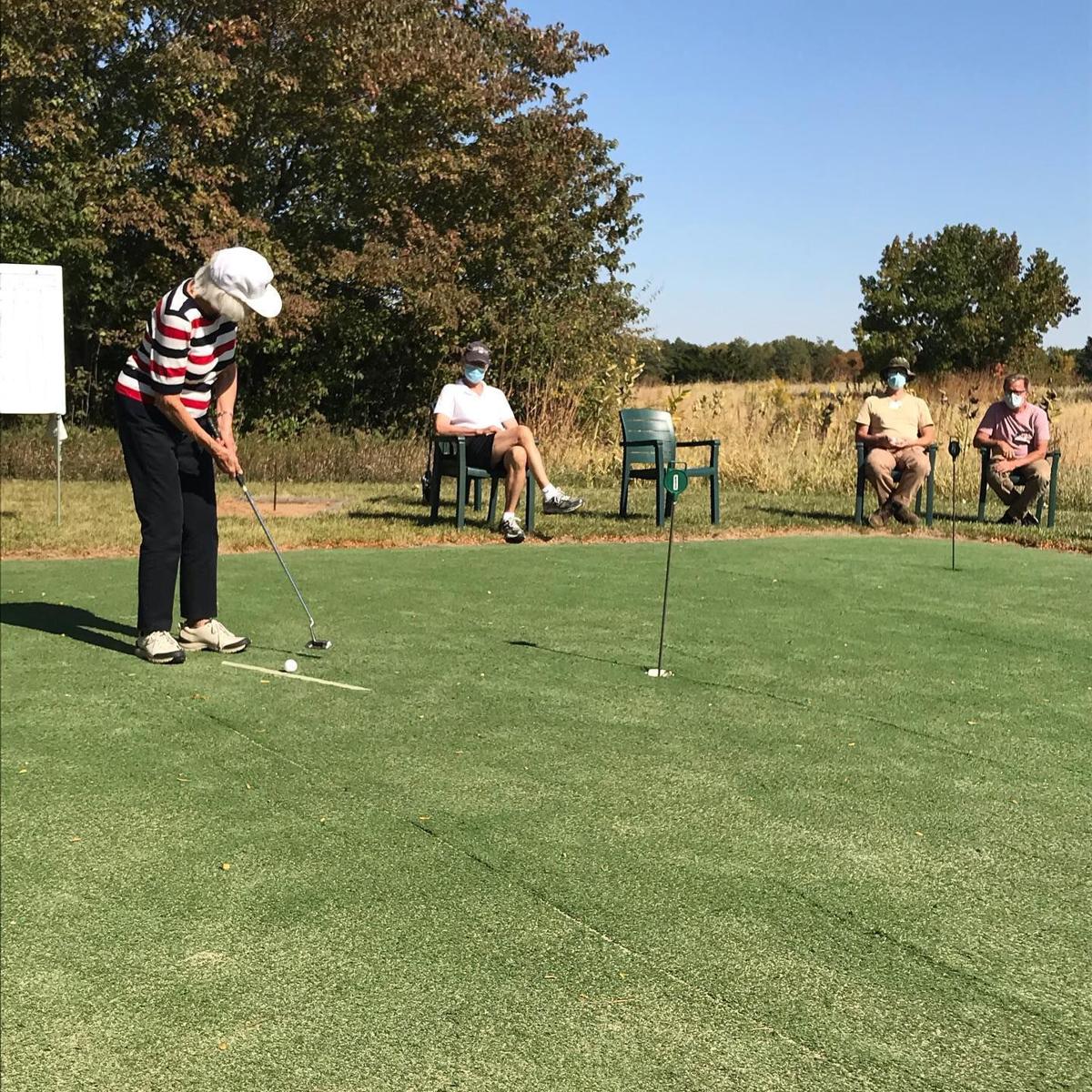 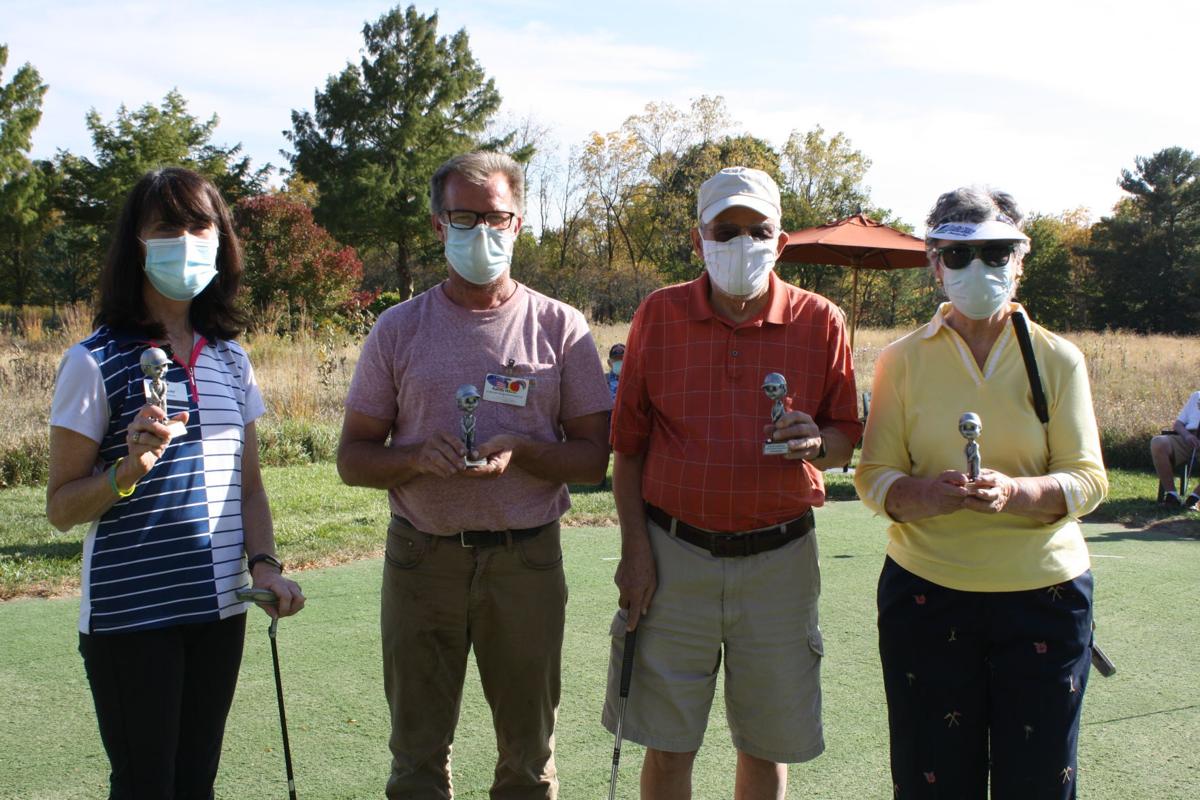 at the 19th hole but at his apartment at Clark-Lindsey Village in Urbana.

“I came home and took a nap,” the 83-year-old ringer said Thursday. “Then I had a glass of wine with dinner and am going to watch the Bears.”

It was Bender who four years ago helped introduce the annual putting tournament on Clark-Lindsey’s hidden gem: a turf green complete with seven holes in its Masterpiece Garden.

It might not rival the scene at, say, Augusta National, but the sweet layout — which at one time included a sand trap and rough — has allowed the retired crowd to sharpen their golf skills for 20 years or so.

Bender, who picked up the sport as a professor at the University of Illinois and was a member of the Urbana Country Club, teamed with Rena Leake, Randy Hauser and Kathy Eckner to win in a playoff Thursday. Their reward wasn’t a green jacket but bobblehead trophies, with a masked and appreciative gallery cheering them on.

It was Bender’s second win in four years, fitting for someone who pushed for golf to be added to Clark-Lindsey’s competitive options.

“We had shuffleboard and boat races, so I thought ‘Why don’t we have a putting contest?’” Bender said. “It includes a number of people who have never played golf. That’s what makes it fun.”