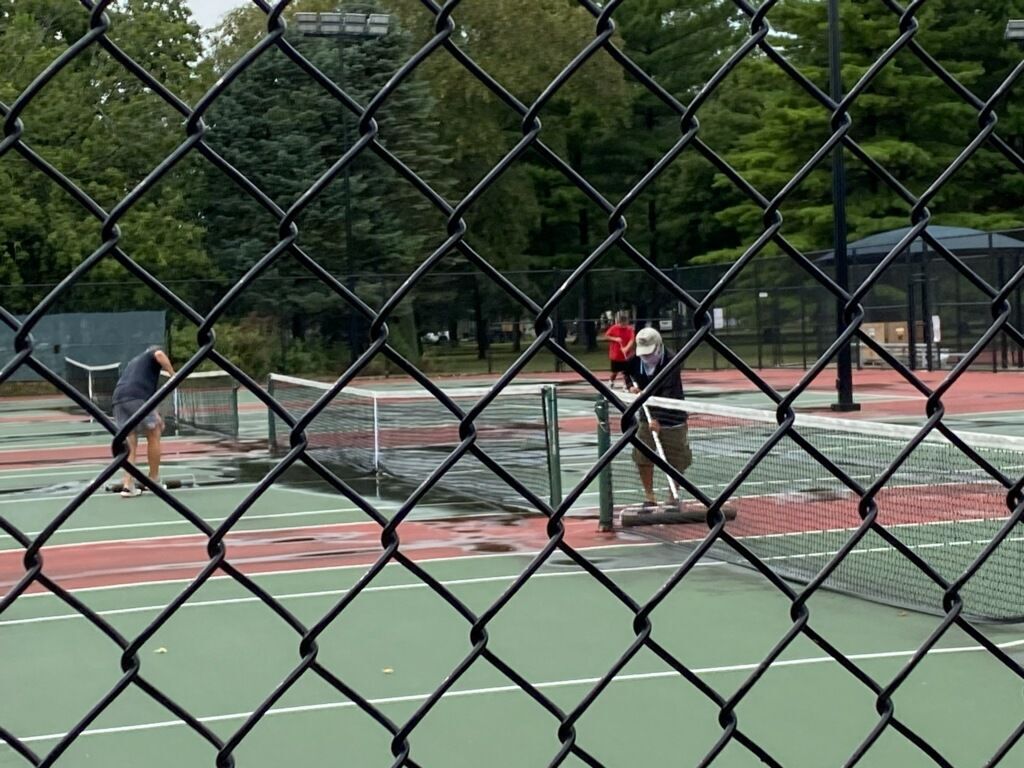 Organizers finishing cleaning up Lindsey Courts in Champaign on Sunday. 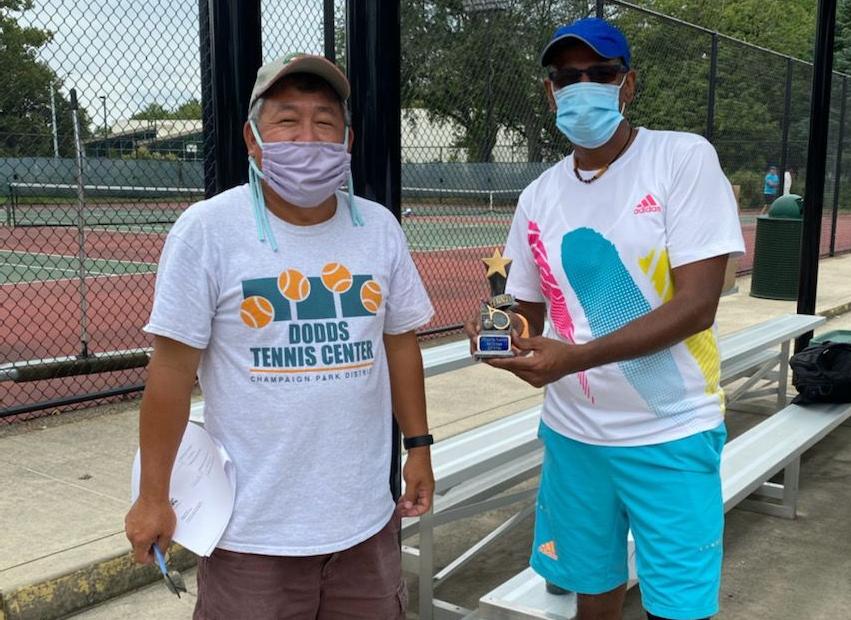 Organizers finishing cleaning up Lindsey Courts in Champaign on Sunday.

Sendhil Kumaran checked in Monday not to tell of his 55-and-over championship at the Champaign Park District Labor Day Tennis Tournament, but to brag on the hosts.

“With everything thrown at them, they were still able to do it,” said Kumaran, a longtime area participant in the sport. “Not many places could have done that.”

As if COVID-19 restrictions weren’t enough of a hassle — no spectators, lots of masks, specifically designated tennis balls — Sunday morning’s heavy storm nearly brought organizers to their knees. It happened just as players were warming up to start the tournament, leaving Lindsey Courts an unplayable mess with water and debris everywhere.

“It was heartwarming to see,” Sohn said. “I feel like I need to treat each and everyone to a meal.”

But he’d be broke.

Two hours later, play started. By Monday night, every division had a champion and trophies to show for it.

“It’s not like anybody from here is going to go on and win Wimbledon,” Sohn said. “But it’s good tennis with a lot of camaraderie. It turned out better than expected because so many people were willing to help out.”