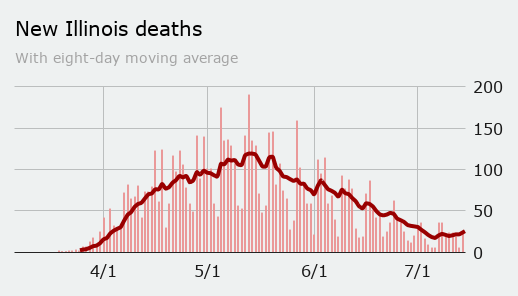 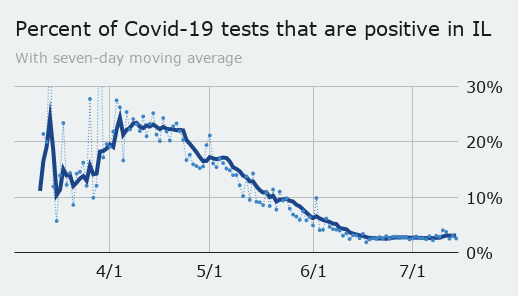 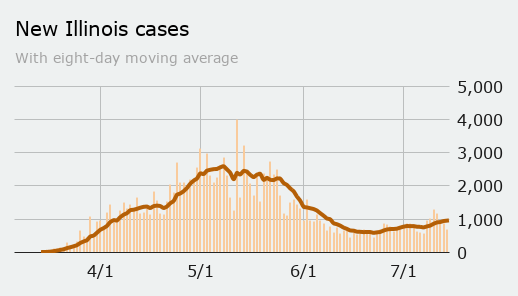 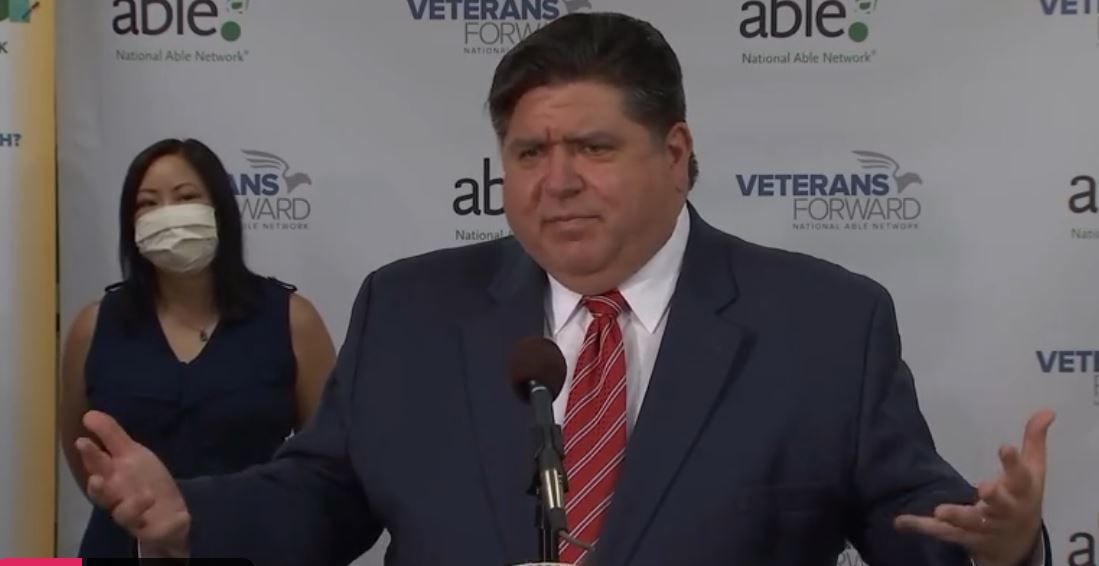 Gov. J.B. Pritzker takes questions at a news conference Tuesday in Chicago after unveiling new grant funding for an apprenticeship program. He only vaguely answered questions about what would be needed to drive some facets of the state’s economy backward in its reopening effort.

The number of confirmed cases in Champaign County grew by 19 Tuesday, to 1,065.

A 22nd Vermilion County resident in their 20s has tested positive for COVID-19, the local health department announced.

It’s the 88th confirmed case in the county, and the only one added Tuesday.

Of the 88, 53 have been released from isolation, 32 are isolating at home, one is hospitalized and two have died, public health Administrator Doug Toole said.

Here’s a breakdown of the age range of Vermilion’s 88 cases:

Gov. J.B. Pritzker on Tuesday gave only vague answers to reporters’ questions about potential future restrictions Illinois might put in place to contain the spread of the novel coronavirus in certain areas.

He took the inquiries Tuesday morning at an unrelated news conference in Chicago, hours before the Illinois Department of Public Health announced that the total number of COVID-19-related casualties in Illinois had climbed to 7,218 and the confirmed case total now stood at 155,506.

The positivity rate as of Tuesday was 4 percent in the North-Central and Northeast regions of the state’s Restore Illinois reopening plan, while it was 5 percent in the Southern Region and 2 percent in the Central Region.

Pritzker was asked if a recent rise in cases and positivity rate would lead him to once again close Illinois restaurants to indoor dining.

“We're watching these numbers very, very closely. … I don't wake up on any day, and not look at those numbers first thing,” he said. “We've been very measured about how we've reopened our state. And there are many people that complain that where we are now isn't open enough.

"And so I would just say that there — I will not hesitate to reimpose some mitigations, if we see our numbers moving upward.”

When asked if there were any defined metrics that the state or a region might meet to warrant a step backward in any areas of reopening, Pritzker said only “sustained upward movement of numbers” could drive that process.

“I listen to our Department of Public Health director as well as to the many epidemiologists who are advising us and watching very closely the states in the South and the West that are struggling right now, and wondering where could we or should we … turn the dimmer switch, as they say, on some of these items,” he said.

“And the answer is that, you know, if we see a sustained upward movement of numbers. That's something that is an alert for all of us in the governor's office and in our administration to begin to look at the mitigations we need to put in place.”

Pritzker did say in the early days of the pandemic there was not enough data on indoor dining and its capacity to drive widespread transmission of the virus. While he said “the data is now in,” he did not indicate there were any immediate plans of action regarding indoor dining.

Also reported by the Illinois Department of Public Health on Tuesday: 25 coronavirus-related deaths, of residents of nine counties:

Meanwhile, hospitalization numbers saw a slight uptick at the end of Monday, but were still near their pandemic lows.