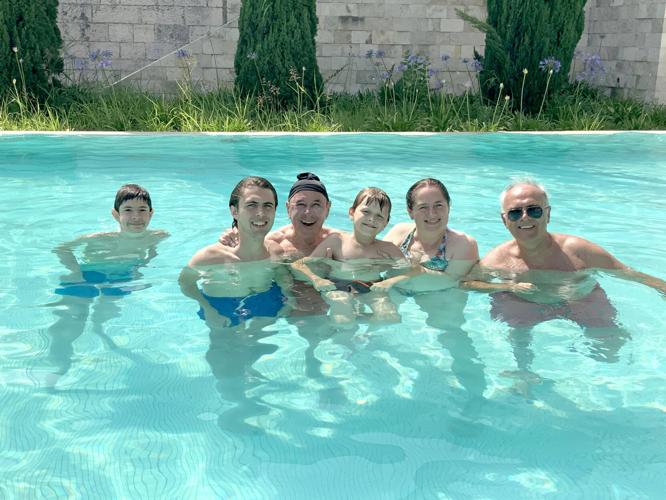 During a visit to Croatia, David Lemons of Champaign (wearing the cap) enjoys his visit with Ivan (second from left) and members of Ivan’s family. 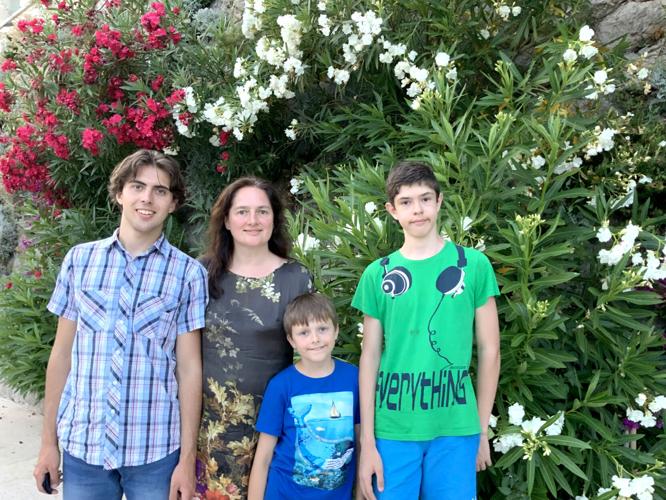 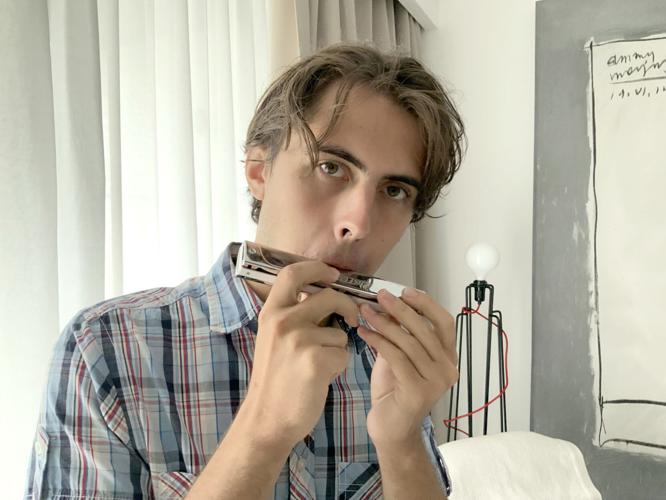 Ivan plays a harmonica given to him by David and Kay Lemons.

During a visit to Croatia, David Lemons of Champaign (wearing the cap) enjoys his visit with Ivan (second from left) and members of Ivan’s family.

Ivan plays a harmonica given to him by David and Kay Lemons.

CHAMPAIGN — In January, David and Kay Lemons received an email from a grateful 17-year-old living in Ukraine.

A relationship took off from there.

The Champaign couple and faraway teenager connected through Operation Christmas Child, in which Meadowbrook Church members mailed shoeboxes stuffed with goodwill abroad. “Our boxes have gone to Togo, Cameroon, Ghana … it’s pretty exciting,” said Kay Lemons, who has been involved with the project for eight years.

“He and his family got shoeboxes and he sent an email saying thank you. That led to a daily correspondence,” David Lemons said.

The back-and-forth via email continued even as the Russian-Ukrainian war started in late February.

“We learned that (Ivan’s family was) in Croatia escaping the war” while his dad remained in Ukraine, Kay Lemons said.

Said David: “To think about what they have been through, their whole home was destroyed. He lost his beloved garden. There is virtually nothing left in Kyiv. His father is left fighting the war and is attempting to rebuild the house. There is no electricity and no gas; his father stood in a barn as bombs dropped all around him.”

As the war continued, David and Kay — former public school teachers in Urbana and Champaign, respectively — stayed in contact with Ivan.

Thanks to their involvement in a local dance group, David and Kay were able to arrange a face-to-face meeting with Ivan. Legend Dance Group sponsored a trip to Croatia in late June in which David and Kay took part.

On June 22, the couple met Ivan and members of his family in Dubrovnik.

“The Red Cross took them six hours to meet us at our hotel,” Kay Lemons said. “We spent seven hours with them. It was the highlight of our trip.”

The couple learned that Ivan was a pianist, artist, dancer, singer and guitarist. He is fluent in four languages and working on strengthening his English skills. “He asked for a harmonica and a Bible written in English,” Kay Lemons said.

Back home, David and Kay still keep in touch with Ivan.

“It is beyond our wildest imagination that of the millions of Operation Christmas Child shoeboxes sent all over the world, our one shoebox would be received by a young person in Ukraine whom we would meet face to face with just six months later,” David Lemons said.