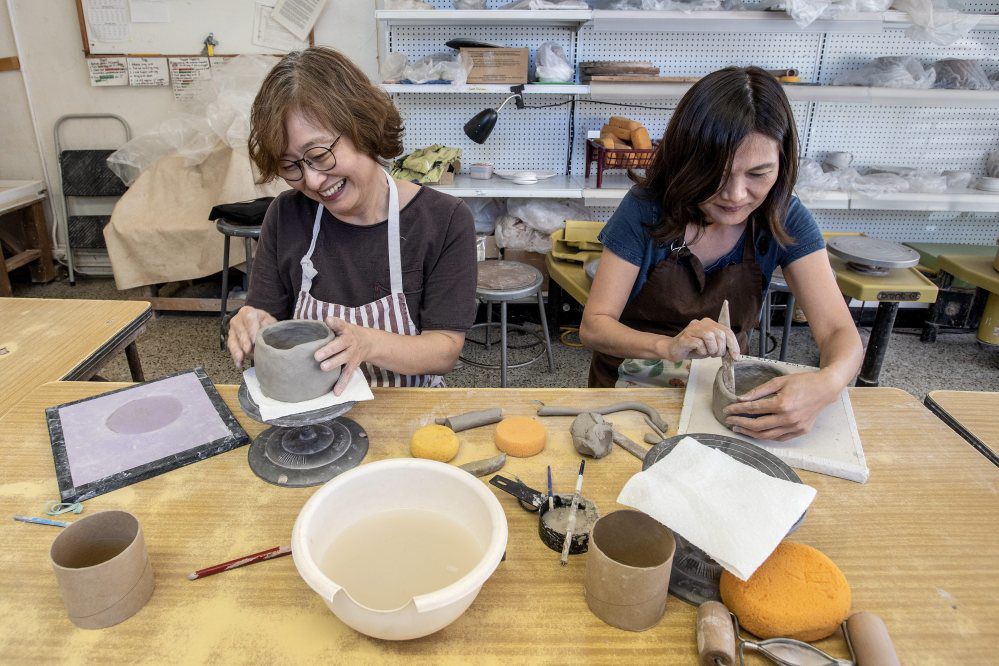 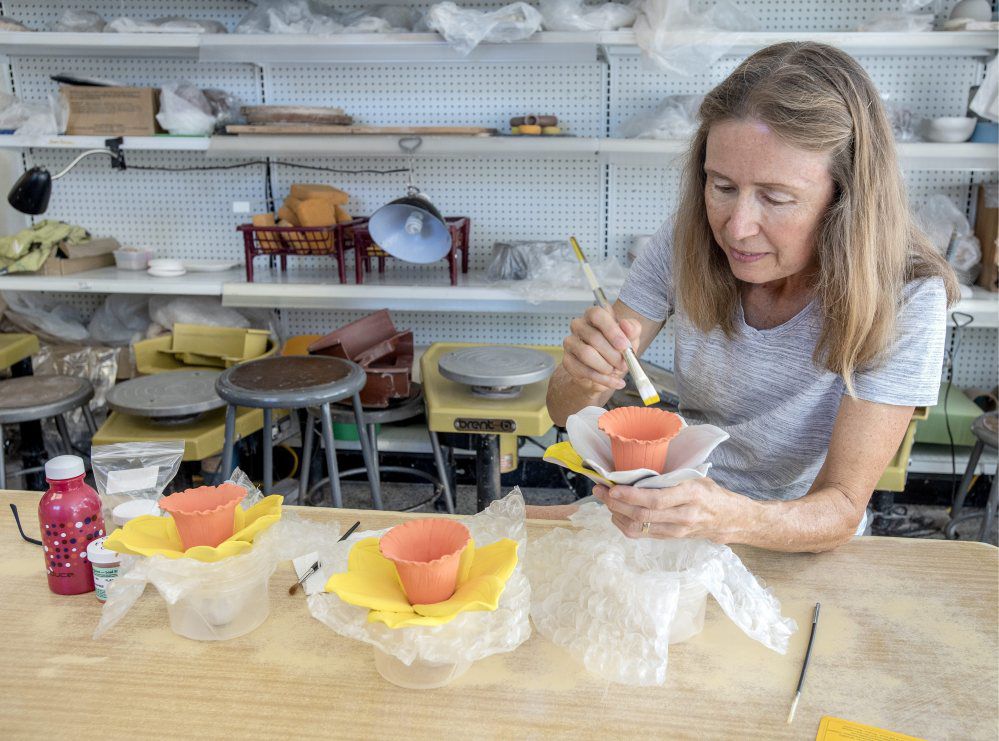 Champaign Urbana Potters' Club member Jane Domier of Urbana applies an underglaze on piece she was working on Wednesday, Sept. 18, 2019, at the club's facility on Race Street in Urbana. 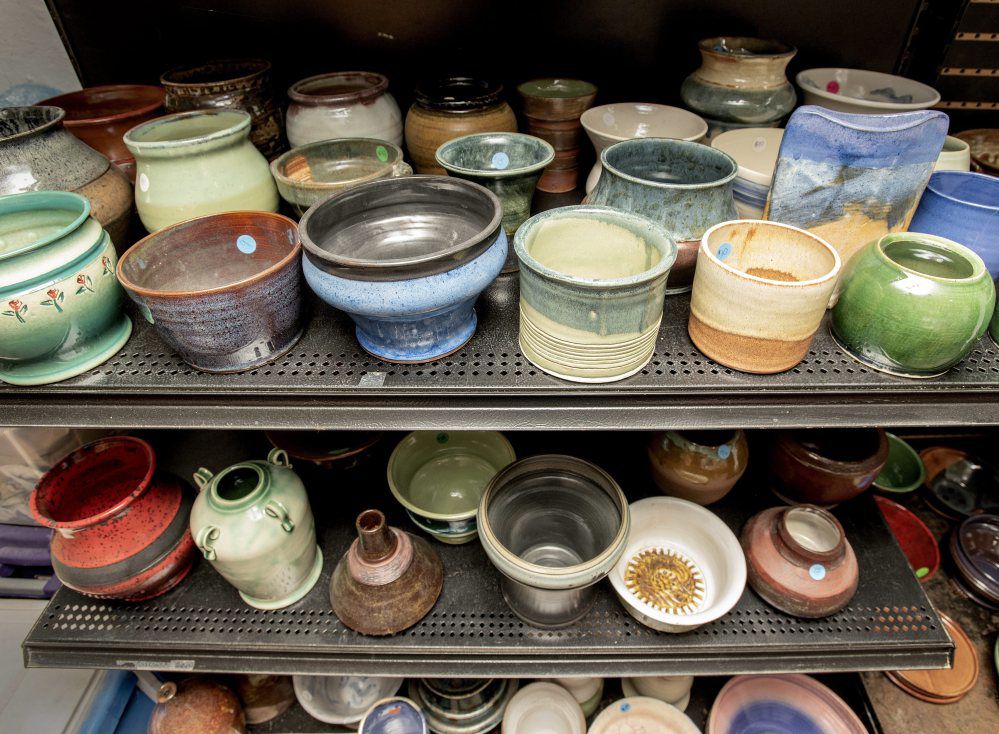 Items created by members of the Champaign Urbana Potters’ Club that will be offered for sale sit on shelves Wednesday, Sept. 18, 2019, at the club's facility on Race Street in Urbana. 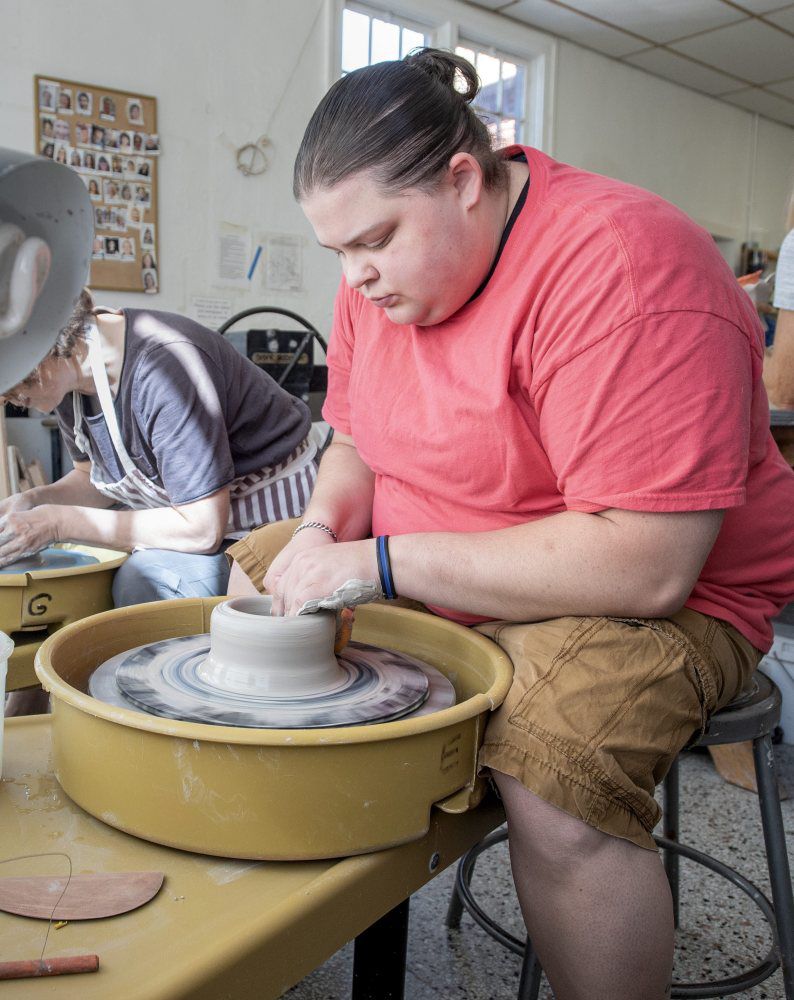 Champaign Urbana Potters' Club member Sara Rand of Urbana makes a bowl on the wheel Wednesday, Sept. 18, 2019, at the club's facility on Race Street in Urbana. 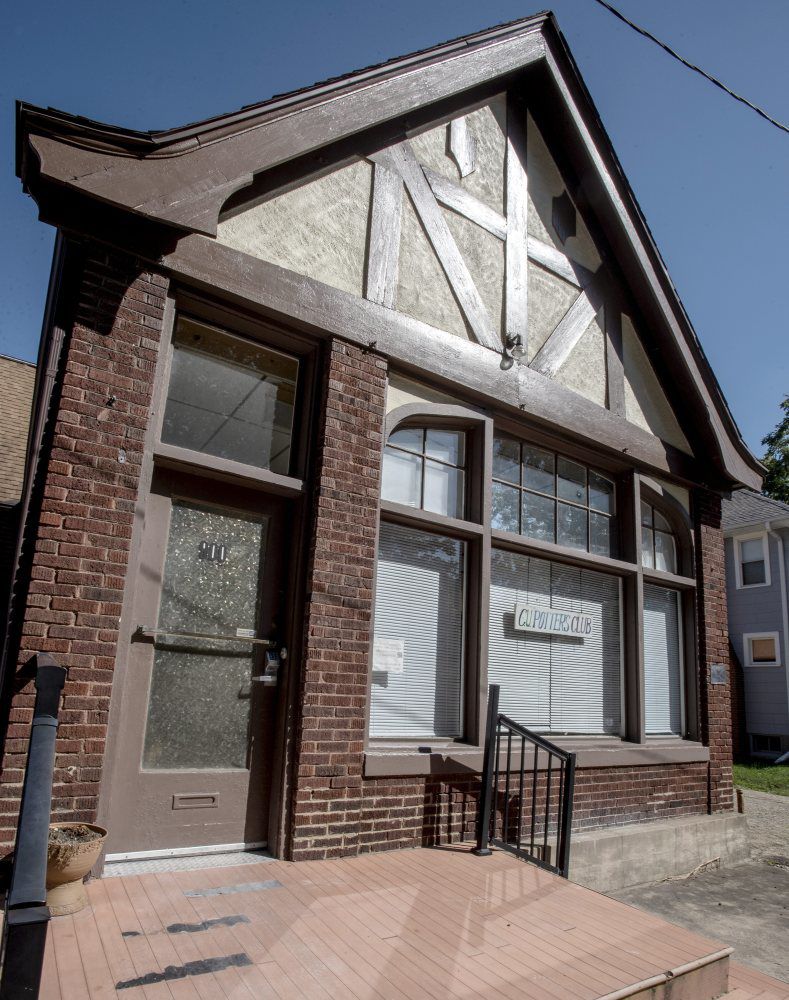 Champaign Urbana Potters' Club member Jane Domier of Urbana applies an underglaze on piece she was working on Wednesday, Sept. 18, 2019, at the club's facility on Race Street in Urbana.

Items created by members of the Champaign Urbana Potters’ Club that will be offered for sale sit on shelves Wednesday, Sept. 18, 2019, at the club's facility on Race Street in Urbana.

Champaign Urbana Potters' Club member Sara Rand of Urbana makes a bowl on the wheel Wednesday, Sept. 18, 2019, at the club's facility on Race Street in Urbana.

URBANA — Right now, it’s pretty cool inside the Champaign Urbana Potters’ Club studio, but you can expect it to heat up quickly.

The 50-year-old club will hold an open house from 2 to 6 p.m. Oct. 5 at 900 S. Race St., U, inviting former members and the public to tour the studio and watch wheel-throwing demonstrations.

Earlier in the day, members will be at Urbana’s Market On The Square with activities for children. In February, there will be another exhibition at Lincoln Square.

Earlier this week, President Connie Dodson, a relative newbie with only four years in the club, showed off rows of ceramics in various stages of completion, from newly formed to glazed final products.

The first meeting of the club, entirely run by volunteers, was in September 1969, longtime member Cathy Cunningham said.

“I’m usually here at 1 or 2 a.m.,” said member Sara Rand. “You have to have some experience working independently.”

Cunningham noted that members can use “more than two types of stoneware clay and a wide range of glazes, slips, underglazes and overglazes. The club owns electric potters’ wheels, a slab roller, a glaze spray booth, an extruder, a pug mill and an electric (oxidation) kiln.”

Membership costs $130 for four months and includes all materials, firing and even clay.

Though much of the work is done for the pure joy of creation, a fair amount goes to good causes.

Rand is a deputy coroner at the Champaign County Coroner’s Office. She shows off a couple crematorium urns that will be used to help families having difficulty with funeral costs.

The club also donates to the Empty Bowls Soup and Bread Dinner benefit for Daily Bread Soup Kitchen held at Silvercreek restaurant, and also holds holiday sales at Lincoln Square. It also donates to mentor programs and other community efforts.

Members have to donate pieces for sales to raise money.

Geoff Bant of Urbana joined the club in 1974, when he and his wife moved here.

“I had taken a bunch of pottery classes as an undergrad at Northern Illinois University,” he said. “The Potters’ Club was perfect for me. A studio, materials, firing and at a very reasonable cost.”

“The club, which is a co-op, requires you to do some chores in addition to paying your quarterly fee,” Bant said. “I was on the clean-up committee and had to clean a floor once a week. I am still on clean-up and take care of a machine on a monthly basis."

Another of the longest-serving members is Roger Kirkwood of Mahomet. He recalled University of Illinois Professor Don Pilcher “ministered to a veritable onslaught of students in extracurricular or extension pottery classes.”

This was the era of high-temperature reduction firing. The kiln chambers were saturated with an excess of fuel, omitting oxygen, he said.

“The modern electric kiln is computer-controlled, infinitely programmable, reliable and accessible/controllable with your smartphone and the requisite app,” Kirkwood said. “There was a group now with wheels and kilns, but there were many who did not and nor did they have reliable access.”

Member Gary Beaumont agreed that in the late ’60s and early ’70s, “the UI had a strong program at the time. I used a perk available to employees of the university and enrolled in all the pottery courses available to non-majors.

“One thing about potters that I love is that they are willing to share their time, knowledge and experience," he said. "Pottery is not like painting, where one can go to the store and buy everything they need, lock themselves in a room and paint. All (the supplies and equipment) are difficult to acquire for oneself, not to mention having a space for what is a ‘dirty’ craft.”

Dodson was a fine arts major with an emphasis on photography.

“I’ve always collected pottery, but I wasn’t very good at throwing on the wheel,” she said.

She does enjoy hand-building, making functional as well as decorative pieces.