Police investigating shooting outside Market Place Mall; no one hurt 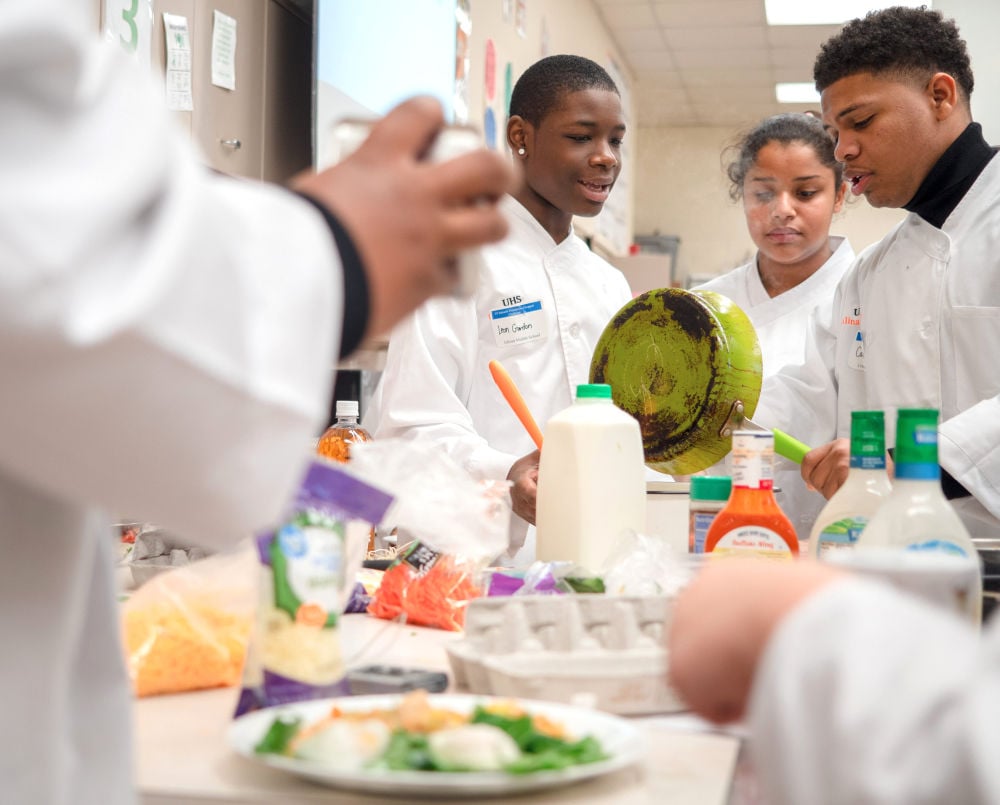 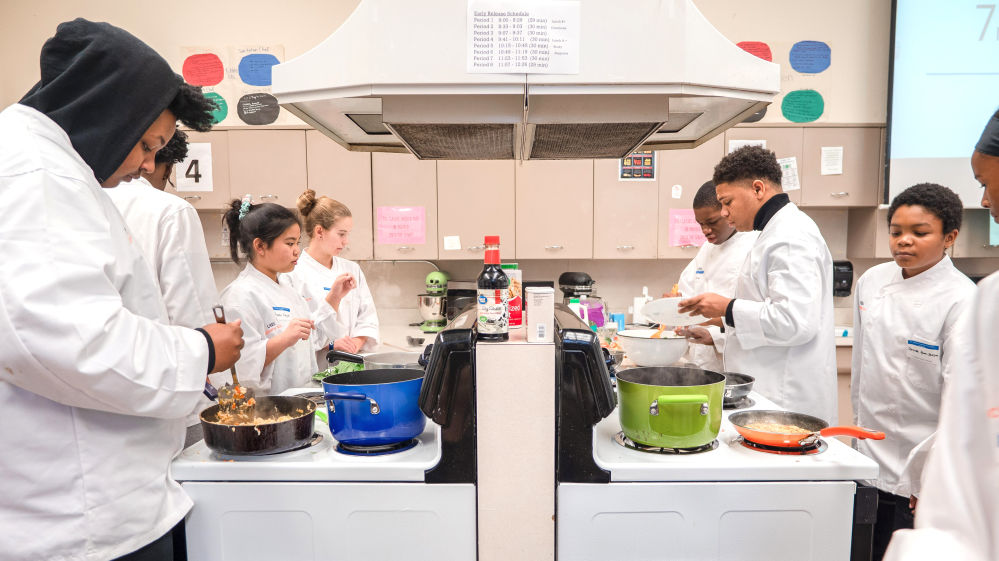 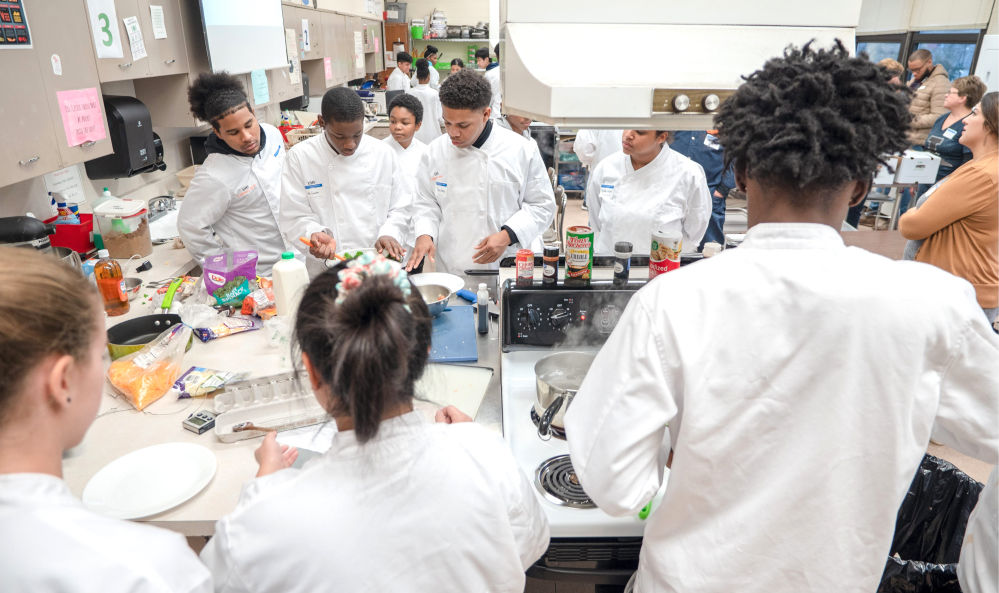 URBANA — Joseph Dunn loves cooking shows like “Cutthroat Kitchen” and “The Great British Baking Show.” So ahead of Monday’s Chopped Challenge at Urbana High School, he made sure to practice making deviled eggs.

Most of the other teams would be scrambling or frying their eggs, the Edison Middle School eighth-grader thought, so he wanted to steer his team in a different direction.

Still, while the eggs tasted good during practice, they didn’t look quite right.

“I was with my mom at the time and she said, ‘Why don’t you just pipe it?’” Dunn told the judges’ panel, referring to the piping bags similar to the ones used for frosting.

The judges were impressed by the presentation. And apparently, the eggs didn’t only look good.

“I always say my mom always makes the best deviled eggs in the world. But those,” he added with a sheepish laugh, “those are really good.”

On Thursday, Edison students like Dunn mixed with Urbana High students like senior Christina Robinson, whose team took on the name Devils after their signature dish.

The teams of six made a variety of dishes with the required ingredients, which included eggs and produce from Fowler Farm, which is run by the Champaign-Urbana Schools Foundation. One team stuffed an egg scramble into bread bowls, while another made stir fry. Last year, a team whipped egg whites and baked them to make an “Egg Cloud.”

“They usually end up completely blowing us away with their creativity and what they make and how they express themselves,” teacher Amanda Perez-Rosser said. “It’s fun for them. It’s a lot of critical thinking, which is obviously something we want to encourage. They’re really used to getting a recipe and wanting to follow it, but they’re excited to get to do what they want to do and be spontaneous.”

Against the running clock, the Devils had to make changes to their meal, which originally included an omelet with chicken and vegetables.

“We figured that our omelet wasn’t cooked all the way,” said Robinson, who is looking into the possibility of attending culinary school. “So we had to scramble it for time.”

For Dunn, cooking normally involves time with his family, working in the kitchen with his mom or making dinner and breakfast for his family. On Monday, though, he was able to get a taste of cooking competition.

“It’s always been a dream for me to do a cooking show thing,” Dunn said. “You see them on TV, and I always wanted to do that because I love competitions. So I thought this was a really neat experience.”