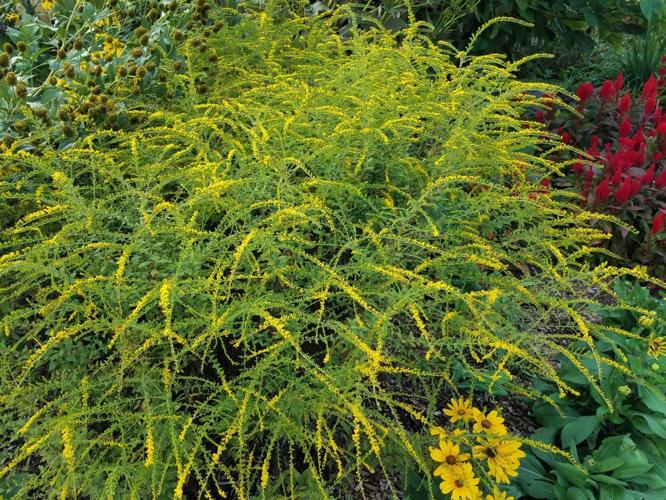 Solidago rugosa ‘Fireworks’ is a goldenrod that offers a spectacular flowering display that reminds many of exploding fireworks. The abundant blooms produced in late summer are a pollinator favorite, with hordes of buzzing insects adding to the explosive display. 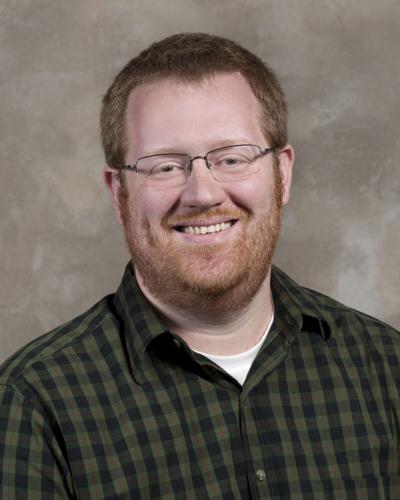 Fireworks often fill the night sky with their colorful, albeit fleeting, displays.

The fireworks don’t have to be restricted to the Fourth, though.

Whether it be their color, flower shape or name, a number of plants can add some “fireworks” to your landscape to enjoy throughout the growing season.

This deciduous, semi-woody climbing clematis can grow to be 8-to-12-feet tall. It produces large 6-to-8-inch purple flowers with a pinkish-red strip in the middle of each petal.

“Fireworks” is a group 2 clematis, meaning it will bloom on old wood from late spring to early summer and then again from late summer to early fall on new growth.

These prolific bloomers produce numerous 2.5-inch-wide lavender-pink flowers with slender petals, which will start blooming in early fall and will continue until frost.

They are compact plants, growing 1.5-to-2-feet tall and 2-to-2.5-feet wide with a dome-shaped habit without needing to be pinched back.

Each flower is actually a cluster of smaller flowers with bright pink bracts with yellow stamens sticking out, resembling an exploding firework.

The leaves have green margins and yellow to creamy white centers. They will produce lavender flowers on cream-colored stalks in late summer.

This clump-forming grass will grow 3-to-4-feet tall with thin, arching leaves. The leaves are variegated with white and green near the base, turning burgundy and pink along the rest of the leaf. During the summer, they will produce burgundy foxtail-like flowers that will turn tan as they age. This cultivar does not produce viable seed.

Hardiness zones: 9-11, treated as an annual.

They begin blooming in late summer or early fall, producing bright yellow flowers on 18-inch arching stems that resemble the trails of fireworks that are very attractive to pollinators. While many goldenrods tend to aggressively spread, this cultivar spreads slowly and typically doesn’t cause problems in the landscape.

The bright yellow flowers of goldenrod often get a bad rap, as they are often blamed for people’s allergies in the fall. However, ragweed is the likely culprit for these seasonal allergies. It blooms at the same time but doesn’t have showy flowers like goldenrod, so it often goes unnoticed.

Ken Johnson is a horticulture educator with the UI Extension serving Calhoun, Cass, Greene, Morgan and Scott counties. This column also appears in the “Good Growing” blog at go.illinois.edu/goodgrowing.