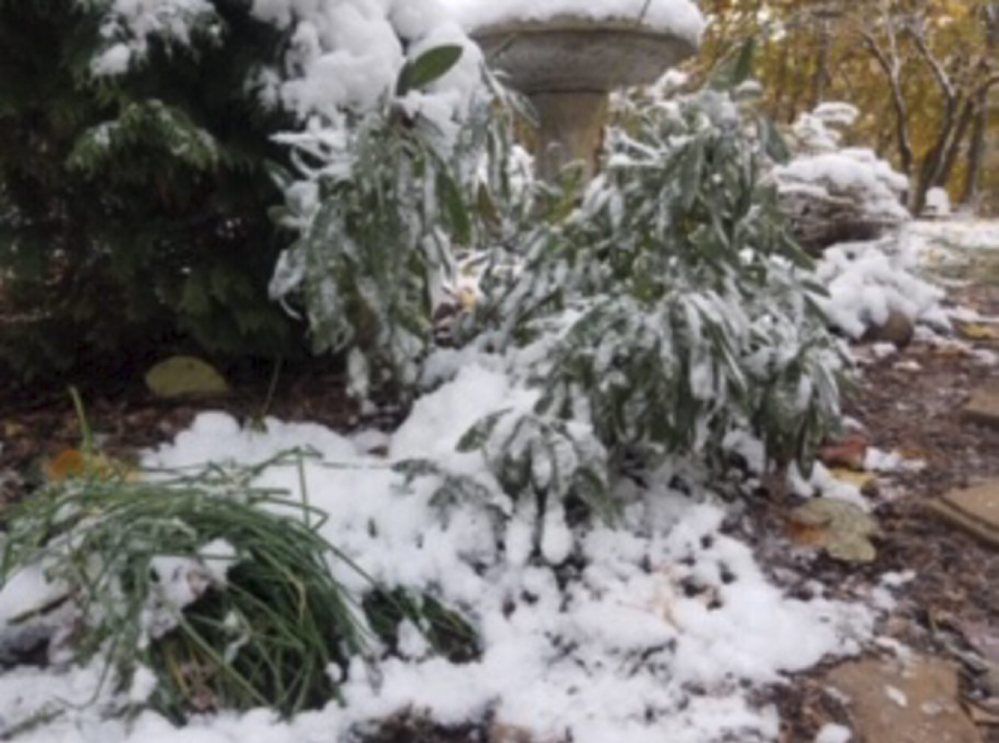 Many herbs, such as this sage plant, are cold-hardy perennials that still may be harvested fresh despite the Halloween snowfall this week. 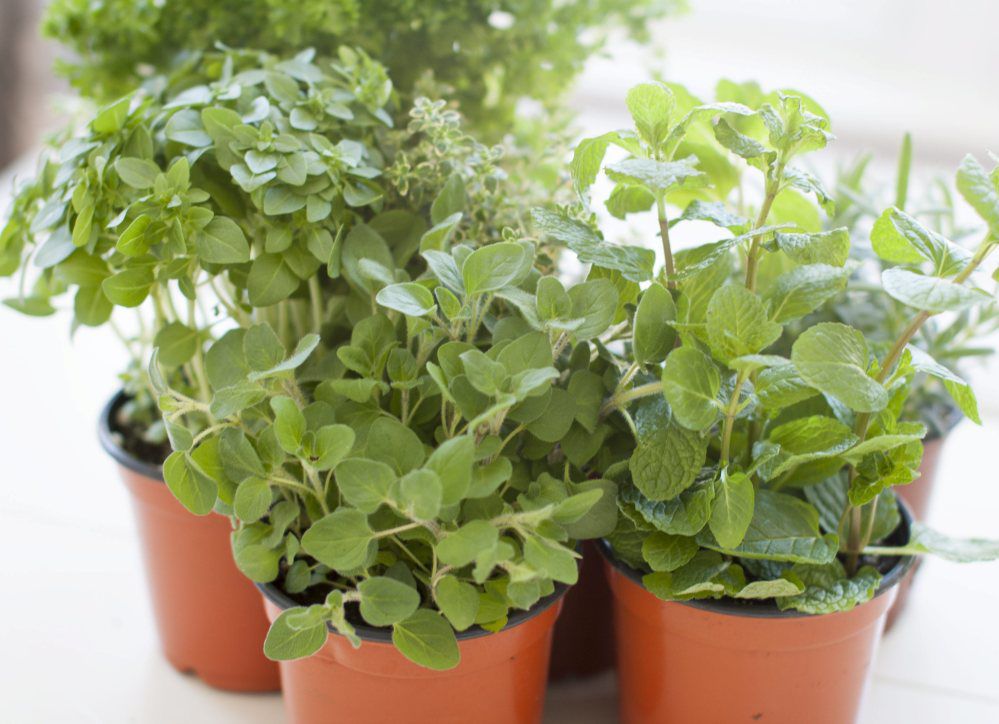 Some herbs can be potted up and placed in a bright indoor location for the winter. Some can be dried and stored.

Many herbs, such as this sage plant, are cold-hardy perennials that still may be harvested fresh despite the Halloween snowfall this week.

Some herbs can be potted up and placed in a bright indoor location for the winter. Some can be dried and stored.

Although our Halloween snow provided a beautiful wintry accent to autumn leaves, it marked a stark end to the growing season for most plants. Many area gardeners were tuned in, harvesting the last of their still-viable vegetable crops ahead of the snow.

Herbs are one crop that is often overlooked or forgotten before the end of the season, but many are quite easily harvested and preserved for use later in winter. Most are fairly cold-hardy, persisting beyond a first frost to be harvestable a little later than other, more tender garden crops.

Some of central Illinois has already experienced a first frost as nighttime temperatures dipped below the tipping point last week, knocking back the more tender plants such as tomatoes, peppers, squash and cucumber. In these vegetables, freezing temperatures mean that water within plant cells will freeze and burst cell walls, causing rapid wilting and the end of the growing season.

Herbs fall into a category of garden plants that can handle cold temperatures. Many of these plants have adaptations to prevent freezing water in cells, such as the concentration of sugars into cells to lower freezing temperatures. The Halloween snow event doesn’t spell the end for these plants, but it was certainly a wake-up call to bring a last harvest in before the next hard freeze, which is forecast for next week.

In our area, the median date of the first frost of the year typically is between Oct. 11 and 17, whereas our first hard freeze (below 28 degrees F) doesn’t usually occur until around Nov. 1. This year seems to be following suit with our first hard frost coinciding with the Halloween snow.

Comparing the historic dates for the average first snow in Illinois, our area typically receives the first snowfall between Nov. 30 and Dec. 5. So we are a bit ahead of the curve this year in snow accumulation.

If you haven’t harvested your basil, it is certainly too late, but many of the other common herbs such as rosemary, mint, parsley, sage, thyme and oregano have some cold tolerance persisting beyond our first frosts. Throughout the growing season, I use herbs fresh off the plant for cooking, which is one of the main benefits of growing an herb garden. However, I usually take a final cutting to preserve for use during winter.

Rosemary is one herb that will not last the winter outdoors, although it does have enough cold tolerance to persist beyond the first frost of the year for harvest. Prior to the first freezing temps, it can be potted up and brought inside for winter.

However, I have not had good luck overwintering rosemary, although a bright, sunny, indoor location that stays a little cooler than your home, such as a sunny porch, can accommodate it nicely.

To harvest rosemary, cut back individual stems, or the entire plant, and hang to dry. Limit exposure to light while drying by hanging in a dark room or inside a loosely tied paper bag. Once the plant is thoroughly dried, strip the leaves and store them in a cool, dark place within a tightly sealed container to keep moisture out.

Sage is a perennial, shrubby plant in Illinois. It is actually a member of the mint family and one of the most widely cultivated herbs in the Midwest. Since it is perennial, I typically take a final harvest for the year, but somewhat limit my cutting in fall because overharvesting late in the season can weaken the plant’s ability to overwinter by stimulating new growth that cannot harden off. However, a modest harvest around the end of the growing season doesn’t tend to stimulate much growth as the plant is mostly dormant from colder temperatures.

With sage, cuttings from the growing tips can be dried and stored similar to rosemary. Selectively harvest 6- to 8-inch cuttings from the plant and hang them to dry before storing in a tightly sealed container away from light.

In central Illinois, oregano is cold-hardy enough to survive our winters but can often use some additional mulch this time of year to ensure robust growth in spring. As with sage, I typically do selective harvesting later in fall to avoid overstressing the plants going into winter.

Now is a great time to take a final cutting for drying and storage using similar methods as with sage and rosemary.

This weekend, if you are still wondering when fall will return, spend a little time taking a final cutting from your herb garden. It’s a wonderful, fresh addition to your favorite soup recipe or a nice way to store a taste of the growing season for the winter months ahead.

Ryan Pankau is a horticulture educator with the University of Illinois Extension, serving Champaign, Ford, Iroquois and Vermilion counties.