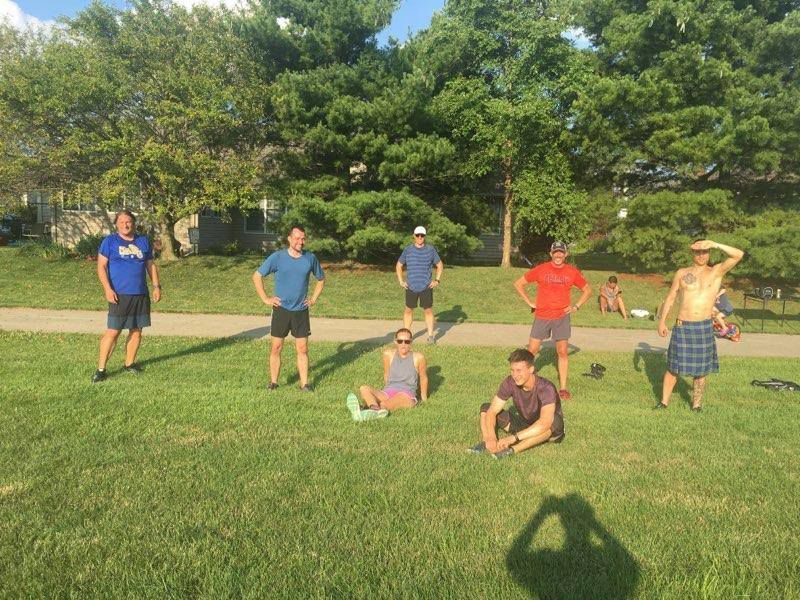 The seven finishers of the Whatever Mile race on July 3 — including Marc Mills (in red shirt). 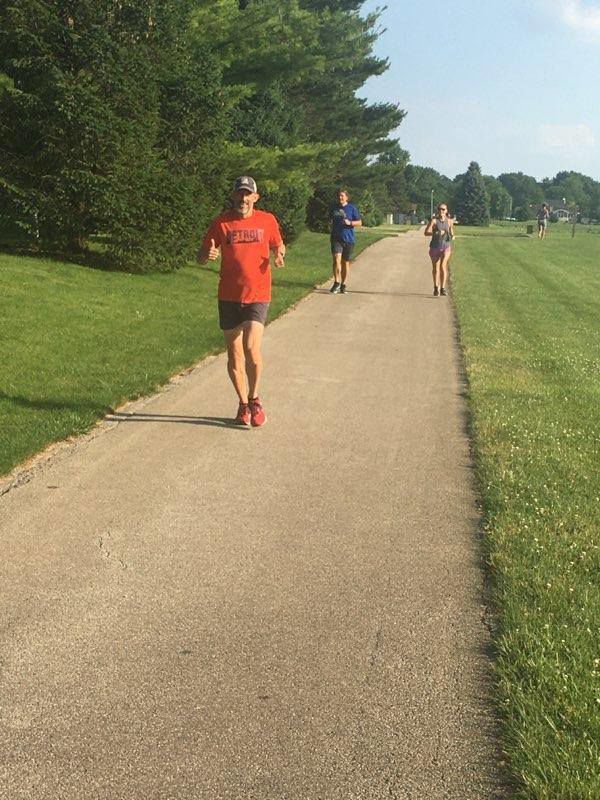 Participants run the Whatever Mile race on July 3, the first event for Champaign Area Run for Beer, an informal group started by Marc Mills of Savoy. The race was a take on beer miles, where runners drink a beverage of choice at certain intervals along the route.

The seven finishers of the Whatever Mile race on July 3 — including Marc Mills (in red shirt).

Participants run the Whatever Mile race on July 3, the first event for Champaign Area Run for Beer, an informal group started by Marc Mills of Savoy. The race was a take on beer miles, where runners drink a beverage of choice at certain intervals along the route.

With most races canceled this year or converted to virtual events, Marc Mills of Savoy has started organizing small, informal fun runs and races.

On Saturday evening, up to 20 runners will participate in a four-hour run in Savoy.

Mills is calling it the 7-11 Race, as the participants will run from

“I wanted to put on some micro-races while corona was still going on,” Mills said.

It’s a way to run and race with others for people who feel safe enough to do so, he said.

He measured a 3-mile course starting at his home in Savoy and limited it to 20 people.

With their varying paces, they will quickly spread out along the course, he said.

Mills and several friends planned to run the Howl at the Moon 8 Hour Run/Walk that the Kennekuk Road Runners hold every August. After it was canceled, he decided to hold a shorter timed race and to schedule it in the cooler evening hours. As with Howl, the 7-11 Race participants can run or walk as much or as little as they want.

“If you have a virtual race, maybe a half-marathon, and you don’t want to do it alone, you can do it with others,” Mills said.

Brian Moline of Savoy plans to run his first marathon at the 7-11 Race. Moline was signed up to run the Des Moines Marathon in October. The race recently announced it would be a virtual event, rather than an in-person race.

When Moline heard about Mills’ 7-11 Race, he decided to do his marathon there.

“Since I’ve been training, I might as well try to do this when I’m somewhat ready for it,” Moline said. “Not that a 3-mile out-and-back loop is the most exciting way to do a full marathon, but it’s convenient and it’s literally a block from my house.

Since Mills’ event is four hours, Moline has a built-in time goal for his marathon. He’s aiming for 3:45, “and if I feel good, I’ll pick it up some. If not, that’s fine too.”

Mills plans to have bottled water and some of the typical food found at aid stations at ultramarathons, such as peanut-butter-and-jelly sandwiches, boiled potatoes and bananas. After the race, he’ll do a drawing for prizes.

Mills is the race director for the Countryside 10K race in Sidney in early June, which was converted to a noncompetitive virtual event this year.

“I love being a race director, and I really missed not being able to be the in-person race director at Countryside this year,” he said.

He recently started an informal group called Champaign Area Run for Beer, or CARB. He came up with the slogan, “We run for fun, and have a beer when we’re done.”

The idea for the group came from weekly fun runs that start and end at Riggs Beer Company in Urbana.

Mills used the Riggs runs as a way to promote the Countryside race. After the training run, the runners would hang out at the brewery and have a beer.

July 3. It was Mills’ take on beer-mile races, where runners drink a beer before each quarter-mile of a mile run.

His Whatever Mile was a fun run, not a race, and seven runners completed a mile. They could drink beer, soda or any other beverage of their choice, and Mills grilled out at his home afterward.

“I wanted people to make it whatever they want, which is what the 7-11 Race is,” he said.

Mills has some ideas for other CARB events, which could include running between parks in town or hill climbs.

“I’m trying to provide something adventurous and fun,” he said.

Jodi Heckel, a writer for the University of Illinois News Bureau, is a runner and triathlete. You can email her at prairieathlete@gmail.com or follow her on Twitter (@jodiheckel). Her blog is at news-gazette.com/blogs/starting-line.