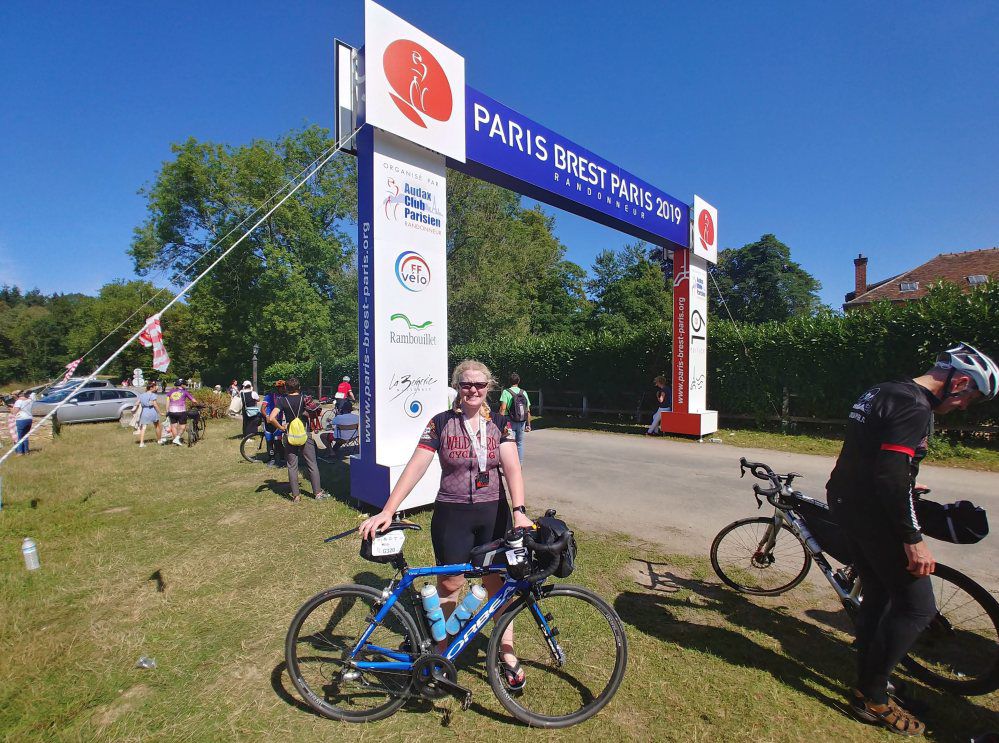 Kelley Wegeng of Urbana shows off her finisher medal at the end of the 750-mile Paris-Brest-Paris bicycle ride in mid-August. 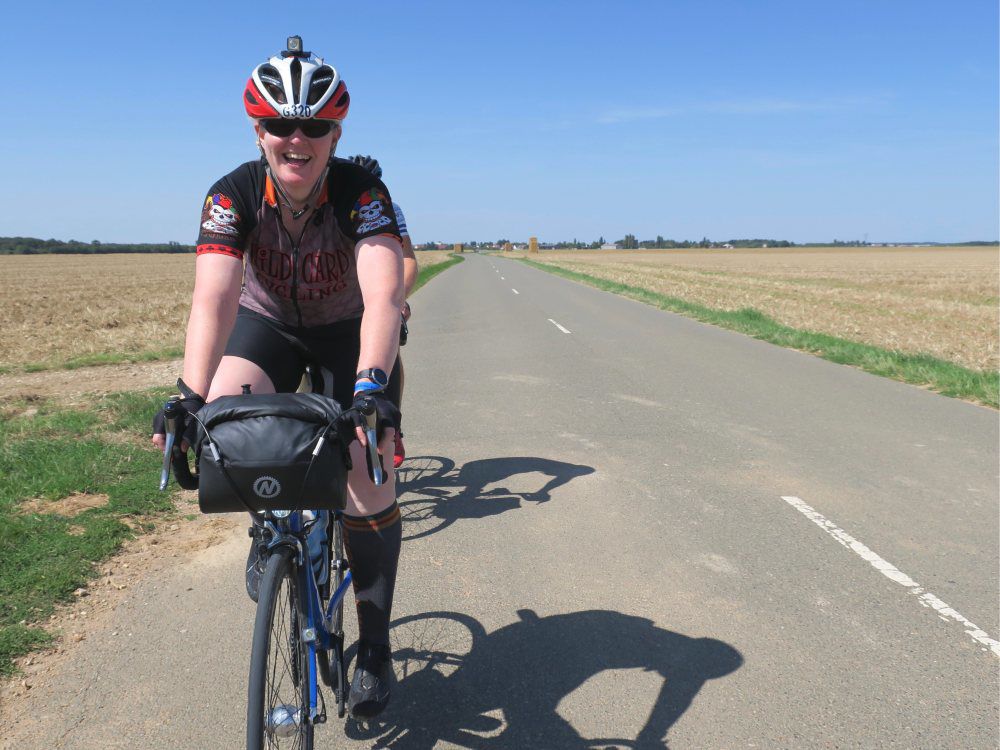 Kelley Wegeng of Urbana makes her way through a country road in the west of France in mid-August while completing the 750-mile Paris-Brest-Paris cycling event.

Kelley Wegeng of Urbana shows off her finisher medal at the end of the 750-mile Paris-Brest-Paris bicycle ride in mid-August.

Kelley Wegeng of Urbana makes her way through a country road in the west of France in mid-August while completing the 750-mile Paris-Brest-Paris cycling event.

Wegeng rode 750 miles from Paris to Brest on the west coast of France and back again in mid-August.

Paris-Brest-Paris is the oldest bike event in the world. It began in 1891 and is held every four years. Wegeng rode with about 6,500 cyclists from all over the world.

“It’s kind of like the U.N. of bicycling,” Wegeng said. “ It’s really awe-inspiring the number of different languages you hear spoken. There are people from more than 40 countries who come together. It’s a huge swath of the cycling population from any given country. People who can do the really rigorous long rides from those countries get together and ride bikes for four days.”

“I thought I was in really good shape for PBP,” she said.

While riding in France, though, Wegeng found it difficult to manage her sleep.

“I definitely made mistakes,” she said. “I slept way sooner than I ever thought I would have to sleep. I slept another time when I probably shouldn’t have been sleeping.”

She first slept for three hours at the 200-kilometer control station, and spent another 45 minutes eating and drinking coffee.

“That was time I didn’t have,” Wegeng said. “It put me behind schedule and behind the fastest riders, so I couldn’t draft off them.”

She reached all the control stations on the way to Brest on time, “but I was just barely doing it.” On the way back to Paris, though, she was no longer making the time cutoffs.

“At one point, I was more than six hours down. For the last two segments, I managed to really dig deep and pull it down to two hours and 55 minutes,” she said.

Wegeng finished in 92 hours and 55 minutes. Although she did not meet the 90-hour time limit for her ride, she still received a finisher medal and is listed as an official finisher, with “hors delai” next to her name. “Hors delai” means she didn’t finish within the allotted time, but she finished before the control stations closed for the riders who started in the final 90-hour wave. About 25 percent of cyclists in the ride did not finish, Wegeng said, and another 5 to 10 percent finished “hors delai.”

While she was disappointed she didn’t finish faster, “in some ways, it was much more wonderful than I could have imagined,” Wegeng said.

“In the towns, there were people sitting on lawn chairs and standing around and yelling ‘Allez, allez,’” she said. “The people, especially in Brittany, in addition to being out spectating and yelling for us, set up tables outside of their houses and distributed cookies and coffee and Coca-Cola and water and cake and tea.”

Children lined the route for high fives, and in the middle of the night, they were up helping riders get food and find a place to sleep. The townspeople set up cots or provided pillows and blankets for sleepy cyclists who needed to rest.

“A lot of them have done it themselves, or have a cousin or grandfather or uncle who did it. I guess it’s a point of pride that this comes through their town, and they put their lives on hold to help these people complete their dream,” Wegeng said.

Other cyclists were equally generous. On her second night of riding, Wegeng met a rider from Brazil. When she expressed her worry about riding through the night, the Brazilian assured her his friends were on their way to ride with them. Soon she was surrounded by a group of Brazilian riders blocking the wind, playing music and singing, and doing wheelies on their bikes.

“I was entertained and so glad I had these wonderful companions to ride through the night with,” she said.

She is particularly grateful to an older man who, late in the race, twice formed fast-moving pace lines around her. Her last two sections of the ride were her fastest because of him and an American couple on a tandem bike who also allowed her to draft behind them.

“They helped me get my medal,” Wegeng said. “The people really want you to succeed, and they will help each other to make that happen.”