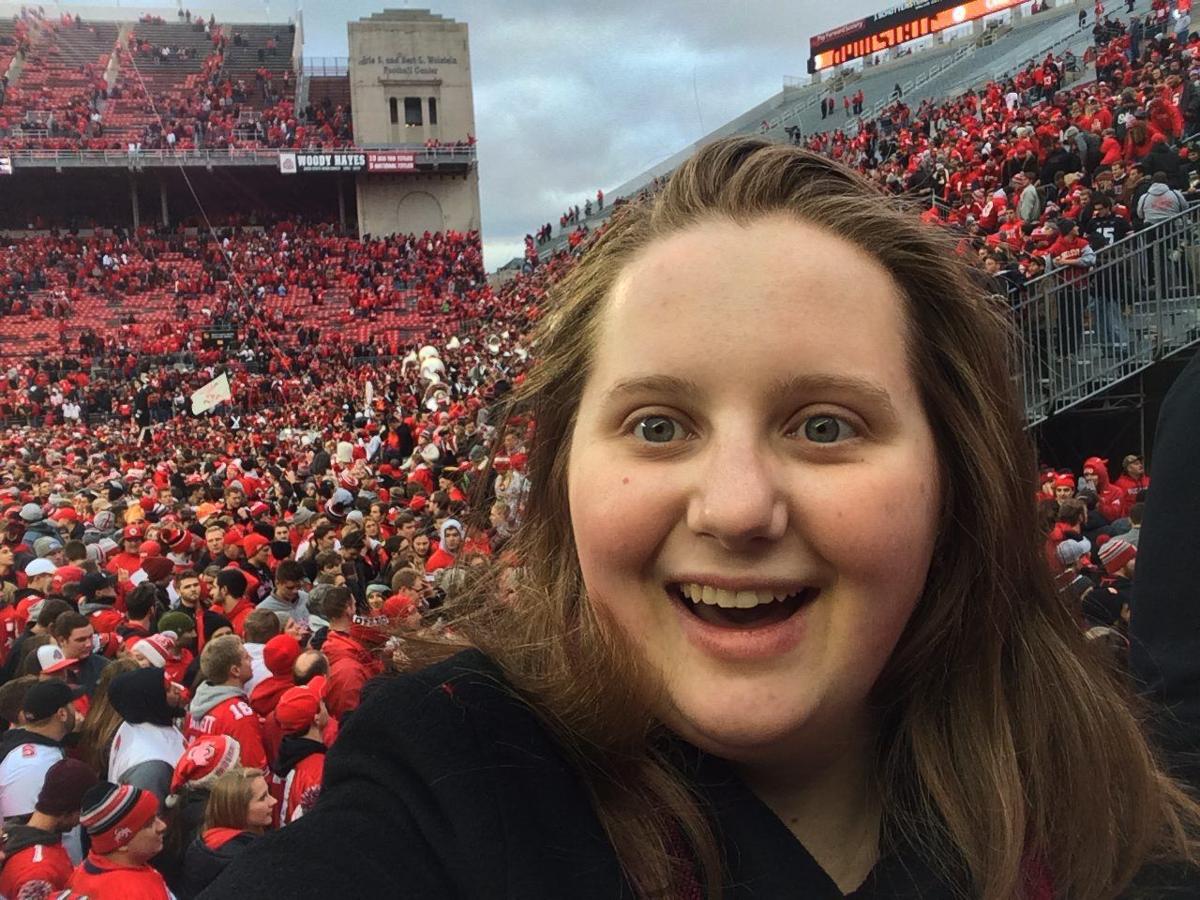 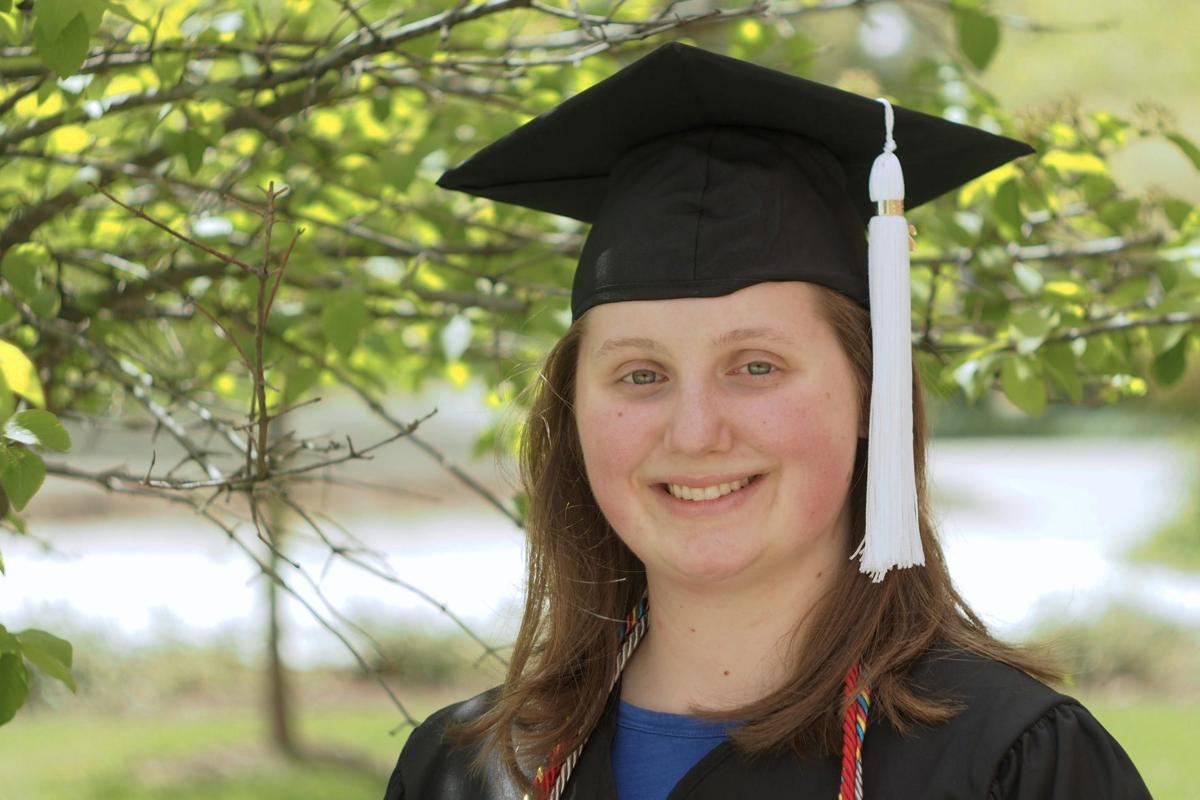 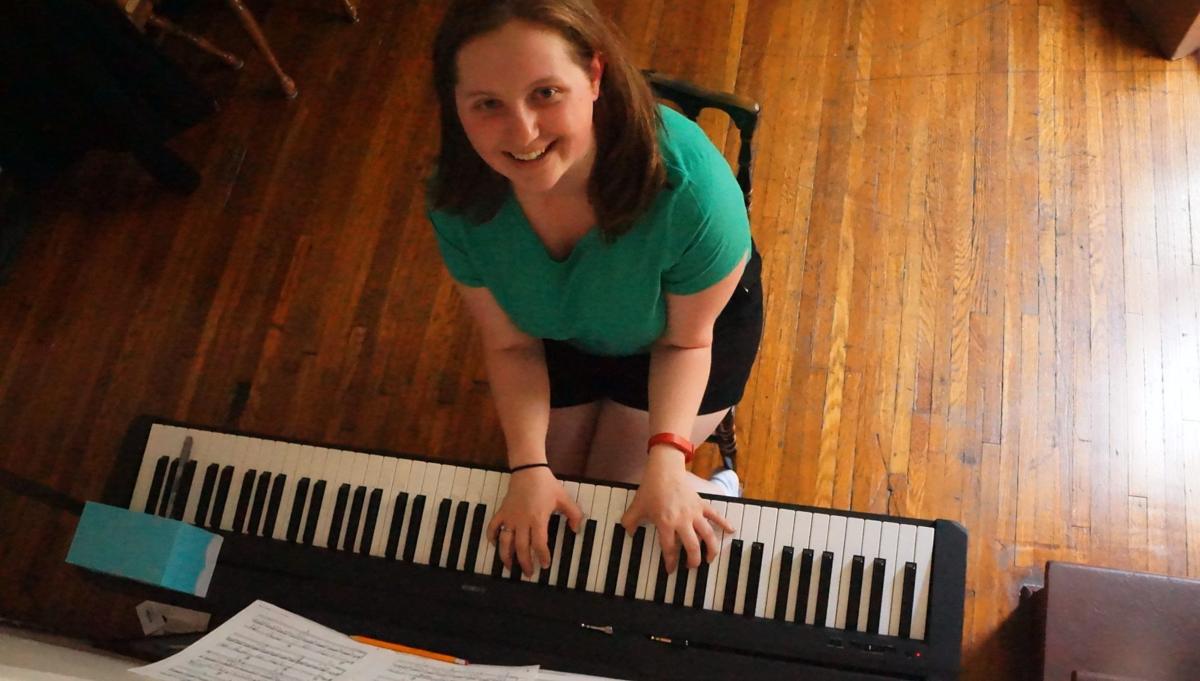 COLUMBUS, Ohio — Megan Chamberlain graduates from Ohio State this weekend with a job in her field already lined up.

"I am simultaneously nervous but also looking forward to it," said the Danville native, whose nerves are not from worries about future job security.

Chamberlain, a 2013 Schlarman Academy graduate, describes her job in UX design, or user experience design, as ensuring that online systems, mobile applications and websites are easy to use.

If you've ever been on a website and get frustrated, Chamberlain said, a UX designer is the person who tries to fix the issues.

"I like to say, I hope my career leads to fewer people shouting at their computer screens," Chamberlain said.

To further explain with an analogy — which she often does when telling others what she plans to do for a living — she won't engineer or make the car; she'll de-termine, via research and other methods, the easiest way for people to use the car.

Is a digital clock or analog clock on the dash better? What's the best way for a driver to read the speedometer? Should there be physical buttons to control things or not?

Chamberlain was thinking graphic, not UX, design when she went off to college.

"It was a bit of a progression," said Chamberlain, who joined the visual design program after spending her freshman year "fighting" to get into the competitive field, and over time, fell for the broader area of UX design.

And when she's not studying or relaxing at the piano, she's killing zombies.

She's treasurer of the Urban Gaming Club on campus.

Its main event: a weeklong Humans vs. Zombies Nerf gun war that Chamberlain said has a lot more "action" closer to math and science areas of campus.

"It was 24/7," said Chamberlain, who walked to classes during those 24-hour events armed with more than one Nerf gun, suspecting every other student was a "zombie."

"I kid you not ... I'm armed with a Nerf rifle, looking around, checking my back," she said. "You look really weird."

The only break in action comes inside campus buildings.

"Administration is not cool with that, but you still show up to class laden with Nerf gear. I'd dump my guns on the desk," said Chamberlain, who rattled off her extensive Nerf arsenal — bolt action rifle, semi-automatic gun with clips, two pistols that she attaches to both legs and a six-shooter revolving pistol.

"I could take out a few zombies," she said.

In between ridding campus of zombies, Chamberlain landed a job pre-graduation in Columbus, a part-time gig as a UX designer for CBC Innovis, the Columbus Bureau of Credit. She started in April with the chance to be hired full time later this summer.

"I really want this job, so I'm working for it," said Chamberlain, a Schlarman salutatorian who fell in love with the OSU campus when she was still a Hilltopper and went along for her brother's college visit to Columbus. "I loved it."

And she loves Columbus. Her big brother graduated from OSU with an engineering degree and found a local job. Now, she's following in his footsteps again.

"It's a great city. It's a very open-to-the-arts community," said Chamberlain, who enjoyed theater as a student at Schlarman. She said there's also an organization of people in design, who meet once a month. "It's just a great city for designers, too."

"She was always well-prepared, had a strong work ethic and made sure all her assignments were done, which I think is an important life goal," Turner said. "If I could have a whole class full of Megan, I would be having a good day."

Beyond landing that full-time job and finding more permanent housing, Chamberlain isn't too focused on the long term. But she would like to explore the world someday, "like anyone does."

In the meantime, the former Schlarman swimmer's adventures will be in the water. She said she started scuba diving, taking advantage of classes at the university recreation center, and over this past spring break, earned her open-water certification on a trip to the Florida Keys.

"I had an excellent time down there," said Chamberlain, whose uncle gave her all his gear. "I really want to continue with that."