I was still an undergrad at the Big U at the time, despite being in my 40s. And a bit of a radio nerd. I would listen to AM 580 news via a headphone before Western Civ class in Foellinger Auditorium and often chat with the professor who would arrive a little early for the 9 a.m. start.

That day, the prof didn't arrive early and I kept listening via my headphone after class started. Stopping a little before the dismissal bell, he asked that I give everyone a report of what was going on, a public speaking assignment on the spot in front of about 900 people.

I needed no amplification for everyone to hear, as they were all unusually quiet as mice as I updated people on what was happening in the era before smartphones pushed news to everyone.

Getting home, I fired up the shortwave and tuned to where I knew I could find some action, 11175 kHz, the primary hailing frequency for military aircraft over long distances. Even they were mostly not flying because of the post-attack shutdown. It soon became apparent that one aircraft, a KC-135 tanker, was flying east.

Onboard was the director of FEMA, who had been at a conference in Wyoming (IIRC) and obviously needed to be back in D.C. Despite the billions spent on survivable comm systems during the Cold War, the guy was having trouble dialing into his D.C. office.

He finally got through on a line that was struggling to be heard. In the process, the phone patch was being shared by the KC-135 pilot, who nervously was trying to figure out with air traffic control how close he'd be allowed to land to D.C. while at the same time seeking reassurance that they wouldn't be shot down trying to do so.

My girlfriend at the time and now wife was trying to get through to her parents. Her mom taught, so had already left the house by the time all this was happening.

She managed to finally get the phone to ring through, but it went dead when it was answered. She was pretty certain this meant her dad was still at home and hadn't gone into work as he was still often doing despite having retired the month before.

A Navy captain, he'd commanded a Pentagon office that monitored the news media for the military. Good thing he didn't drive in that day.

The office had just been relocated into a newly remodeled office suite. Everyone on duty that day perished. It was several days before she was able to confirm he was OK.

'That afternoon, I went on a long, silent run with the cross country team through the farms outside of town. I don’t think I slept that night.'

'Days before 9/11, my personal world crashed around me, and then afterward it seemed the whole world was crashing.'

'September 11th had another meaning to our family that I had to address. It was my third child’s seventh birthday. How could I explain to her what had happened and how the date of her birth would forever be a part of history?'

'My small P.E. class from that morning had all of four males — myself included — and all four of us went on to serve in the military.'

‘The Marching Illini launched into “Stars and Stripes Forever,” while thousands waved American flags and people who were once strangers stepped across aisles to reach out and embrace one another.'

‘I desperately wanted my family at home with me, but my older daughter was away at college, so a phone call had to suffice.'

'It had only been two years since I had come to live in the United States and it seemed to me that this was impossible to happen here.'

'Having been born in and ultimately having fled that part of the world, I was all too familiar with terrorism.'

'I remember the hate that the Muslim community faced in the U.S. and how disappointed I was in Americans for that. I also remember feeling so very proud of New Yorkers in how resilient and determined they were despite what happened.'

'On Sept. 18, 2004, we had two suicide bombers blow up themselves and their cars on the main road between the airport and Green Zone in Baghdad. My unit was patrolling it at the time and the first bomber blew himself up 50 yards in front of me.'

'My eldest learned about 9/11 in second grade through his history class. By third grade, my child was making collages of FBI characters.'

'I fielded a call from my French exchange student who had visited the towers earlier that year. She was so upset and wanted us to know she loved us and was thinking about her “other home.”' 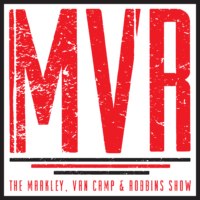