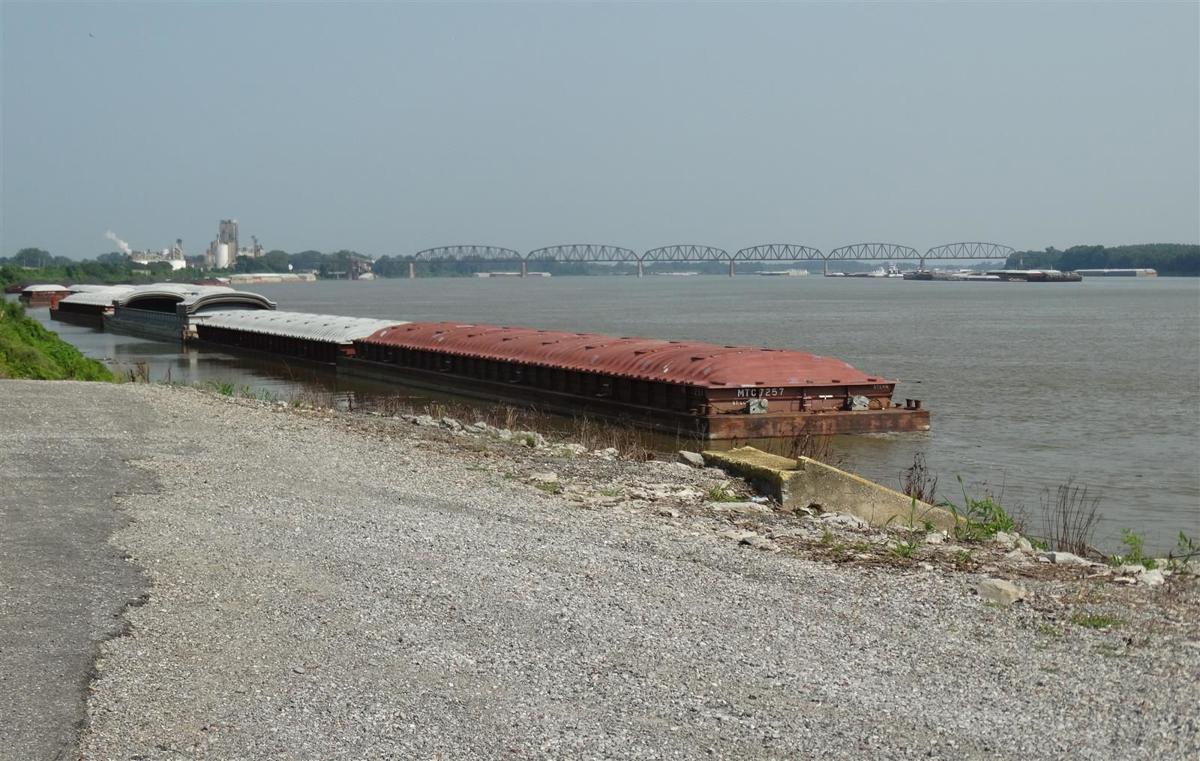 Barges like these on the Ohio River near Cairo could soon become a major source of economic growth for the region, which suffered substantial population loss over the last 10 years. 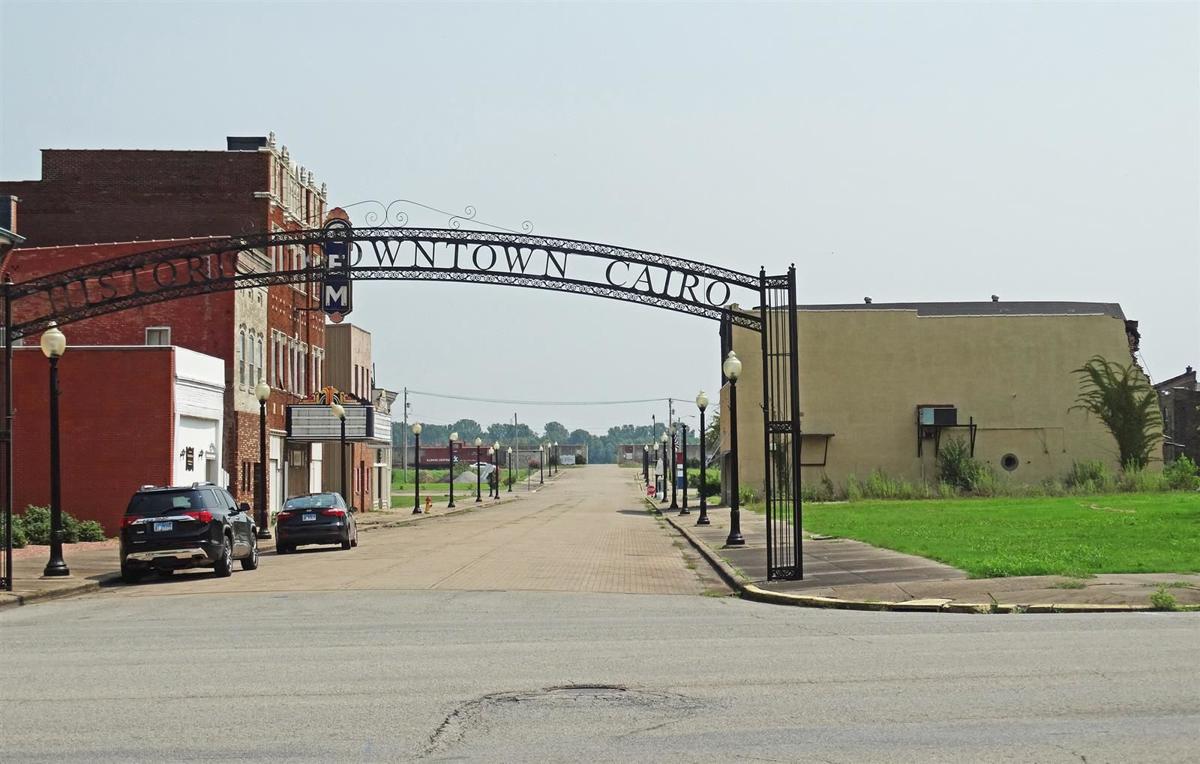 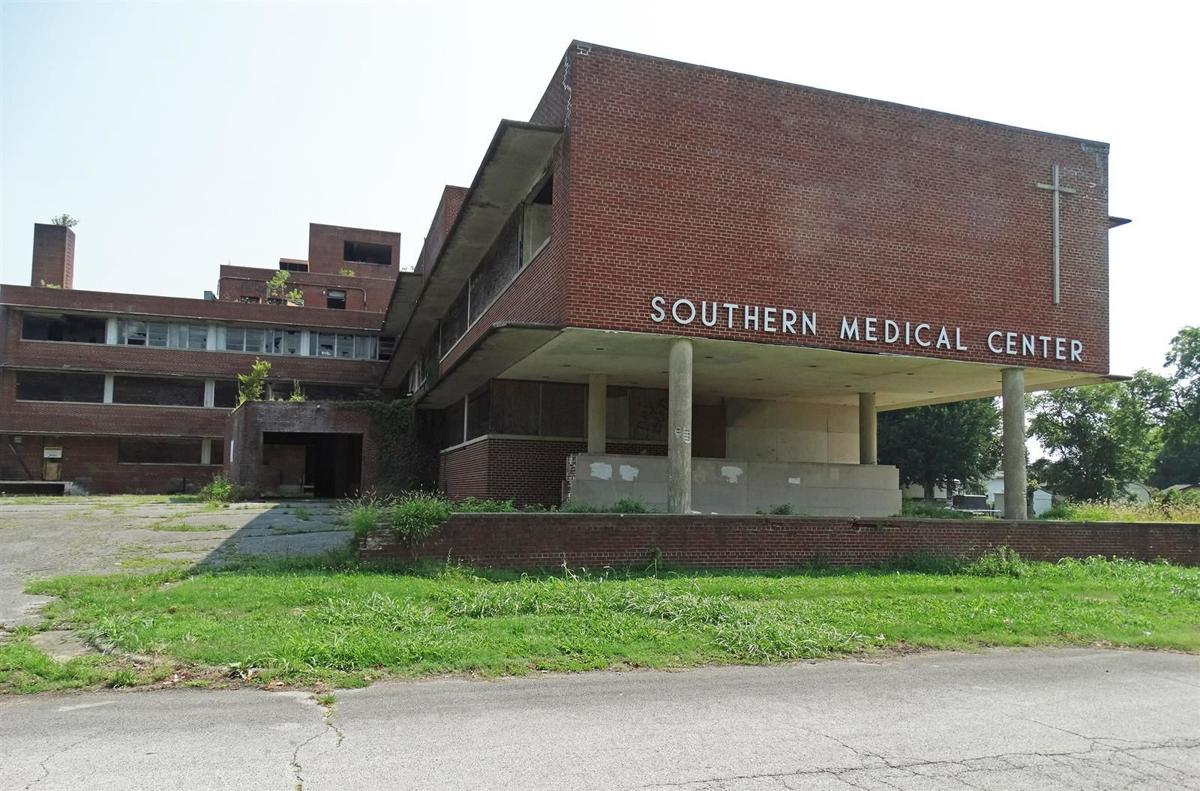 A former 130-bed hospital in Cairo has been closed since 1986. Many of its windows are now shattered and weeds grow in its parking lot. 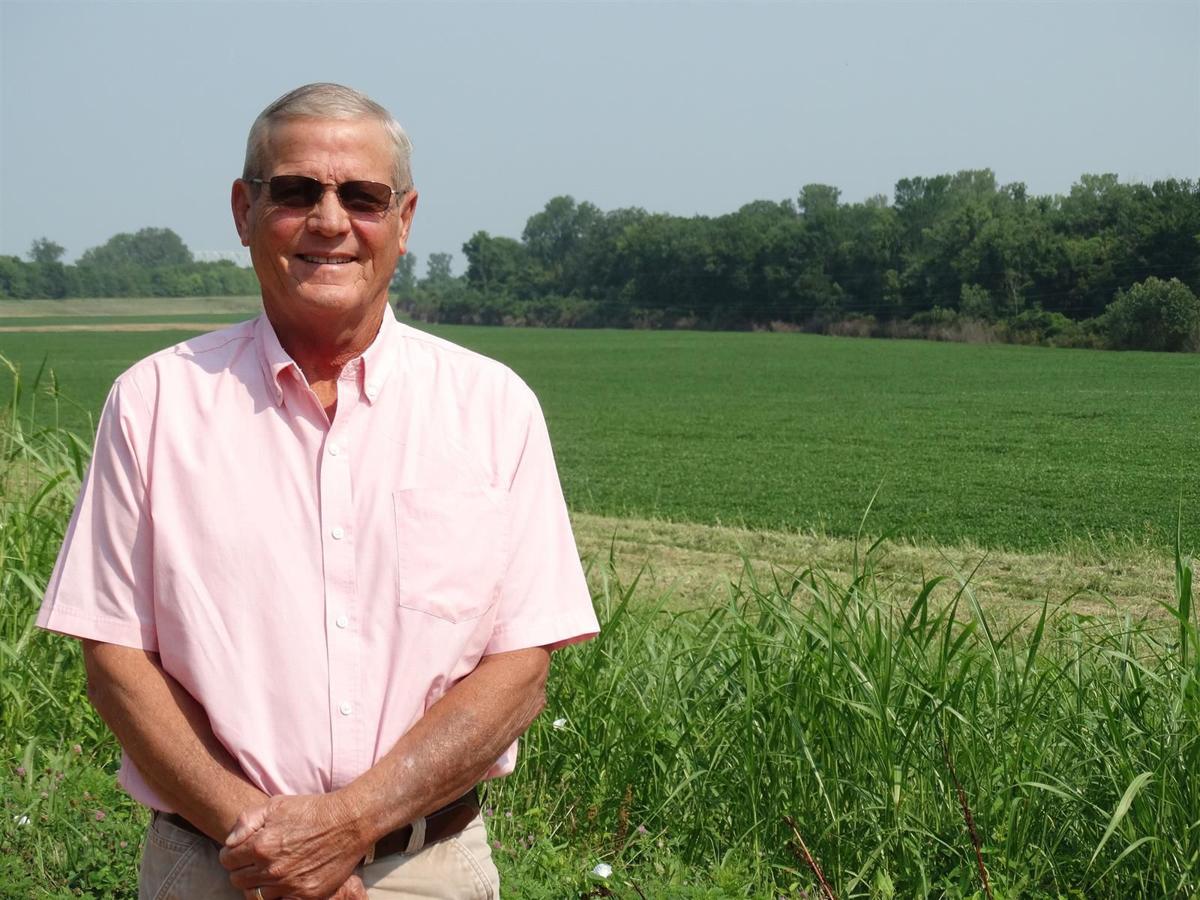 Barges like these on the Ohio River near Cairo could soon become a major source of economic growth for the region, which suffered substantial population loss over the last 10 years.

A former 130-bed hospital in Cairo has been closed since 1986. Many of its windows are now shattered and weeds grow in its parking lot.

CAIRO — Anyone who has driven America’s interstate highway system is familiar with the blue signs near exits indicating the services available ahead — fuel, food and lodging.

Driving south on I-57 in Illinois, approaching the city of Cairo at the state’s southernmost tip, most of the images on those blue signs have been erased. Only the “lodging” sign carries the logo of a single economy-class motel chain.

Get off on Exit 1, just before the highway crosses the river into Missouri, and it’s just a short drive into town. A railroad overpass emblazoned with the name “Cairo” lets the driver know they’ve arrived. Just beyond, it becomes apparent why those highway signs are mostly blank.

The main street leading into town is dotted with one empty building after another — old gas stations, convenience stores, eateries, a grocery store. There is no place left to buy gas or groceries. A barbecue restaurant is the only dining option.

This city at the confluence of two of the mightiest rivers in the U.S., the Ohio and the Mississippi, is the county seat of Alexander County, which once boasted a population of more than 25,000. It is now down to just 5,240, according to the 2020 U.S. Census. That was a drop of 36.4 percent just in the past 10 years, the biggest of any county in the nation.

On the east side of town, just a few hundred feet from the Ohio River levee, Larry Klein sits in his office at the Cairo Public Utility Company, a nonprofit that serves the community and, oddly, also operates the town’s only hardware store.

Klein, 63, has lived in Cairo all his life and has watched its decline firsthand. But he’s hopeful of a turnaround.

“That’s what this brings,” Klein said. “One of my reverend friends, that’s what he said. He said, ‘Larry, this — I’m looking for the right word — the impact or effect this will have.’ He said, ‘Larry, it brings us hope.’ And that’s the best word to use.”

Klein refers to a development project on the drawing board in Cairo for at least a decade, but which is getting a big boost from the state with $40 million from the Rebuild Illinois program to develop an enormous river port along the Mississippi River at Cairo. Klein serves as chairman of the Alexander Cairo Port District, which is in charge of the project.

It’s estimated that about 80 percent of all U.S. barge traffic passes by or through the confluence of the two great rivers. The river port at Cairo is envisioned as a facility where barges and larger “river vessels” would unload cargo containers that come from New Orleans onto rail cars and semis for distribution throughout North America.

Cairo is seen as a natural location for such a port because of its proximity to the two major rivers — so natural, that many have wondered why it hasn’t been done already.

“People say, ‘Well, senator, if this is such a great idea, why hadn’t somebody already done it?’” he said. “Well, why haven’t we done a lot of things? I think this is showing, with the increase of traffic, trucks, with the demand for river transportation opportunities … container transportation alone is expected to triple by the year 2030.”

Population plummetsAlexander County is not alone among its neighbors in seeing dramatic population declines. In fact, all five Illinois counties that border the Ohio River saw significant declines.

Throughout America, the 2020 census revealed a sizeable shift from rural counties to more urban and suburban areas. But the dramatic drop in Alexander County — and Cairo in particular, now down to just more than 1,700 people — is unique.

The area where Cairo now sits was first settled by French explorers. Lewis and Clark stopped there on their expedition to map the area of the Louisiana Purchase. And during the Civil War, it was the home of Fort Defiance, where Union soldiers led by Gen. Ulysses S. Grant defended the rivers from Confederate forces.

For many years after the war, Cairo was an important transportation hub for truck and rail traffic, as well as river traffic. Census data show its population peaked in 1920 at more than 15,000, but it has been in steady decline since.

Some attribute that decline to racial tensions that have long plagued the community. For decades, all of Cairo’s public facilities were racially segregated, including its housing. That eventually ended as White families left and Black people made up a larger share of the overall population. The latest census showed Cairo is now 70 percent Black.

Those housing units, however, were closed and demolished in 2019 due to deplorable conditions, prompting the exodus of some 400 households. They were given vouchers to move into any other public housing facility in the country.

Klein, however, said he thinks there are more complex reasons for the decline. He points to the completion of I-57, which diverted highway traffic away from the city, and the stronger economic growth in nearby cities.

“I mean, there was no opportunity here,” he said. “I was fortunate enough — I don’t know if it’s a blessing or a curse — to be able to find employment here and stay. Of course, I had five brothers. All of them had migrated out of here for work.”

Pinning hopes on riverThe site where the river port is planned is about five miles upstream from the confluence along the Mississippi. Driving along the levee that protects Cairo from the river, Klein points to the area where most of the port development would be built. It was once heavily developed, before truck traffic was diverted from the city, but is now mostly just grassland.

The land is owned by the utility company, which pays someone to cut hay on the land. The plan is that when the port is operational, the revenue would be split between the county, Cairo and the utility.

The hope is that the project will spur hundreds of construction jobs, and then hundreds more permanent jobs for workers at the port.

The potential for that kind of economic impact has helped state lawmakers from the area gather support, first from former Gov. Bruce Rauner, and now from Gov. J.B. Pritzker.

The port district recently signed a project labor agreement, ensuring that an estimated 500 construction jobs will be filled by union labor, a key element in securing funding from the Rebuild Illinois program.

“Cairo’s river port will stand as a shining example of Illinois’ leadership,” Pritzker said. “Good jobs, multigenerational investments in economic growth and community revitalization — this port will be a beacon, a beacon for progress in southern Illinois and for our entire state of Illinois.”

Still, the project is not a done deal. Klein noted that more than 20 state and federal permits must be obtained.

Assuming the permits all fall into place, Klein said construction could begin in 2022 and the port could be operational in 2024.