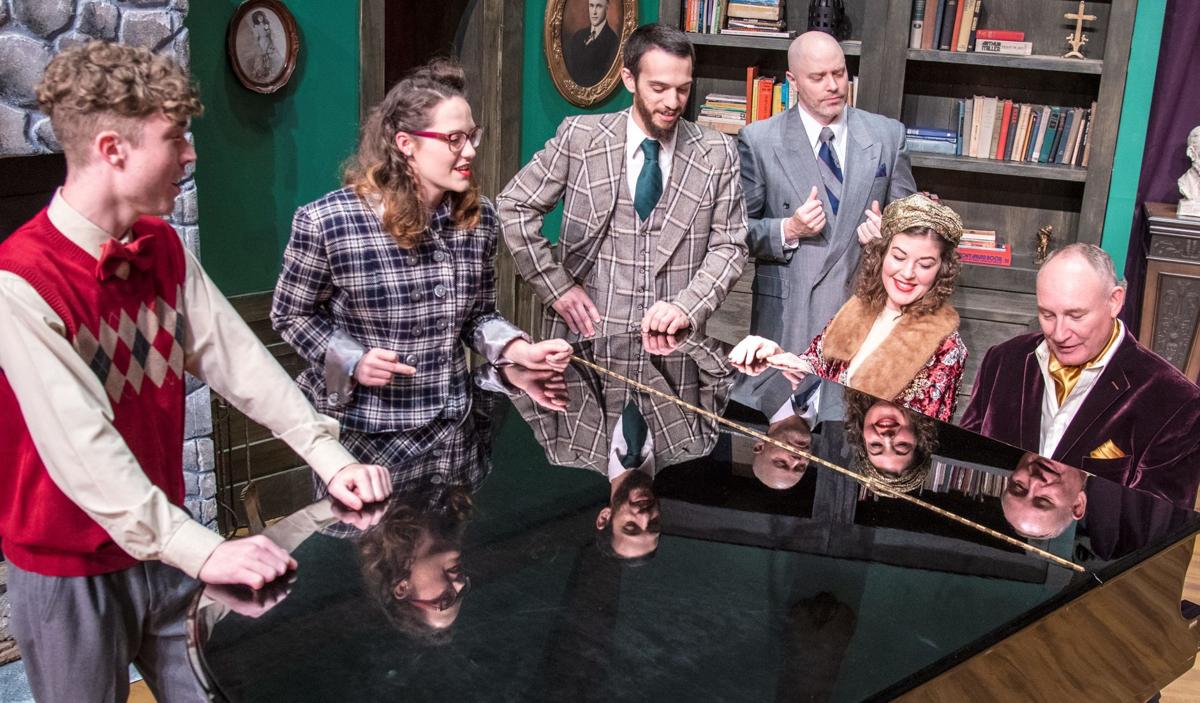 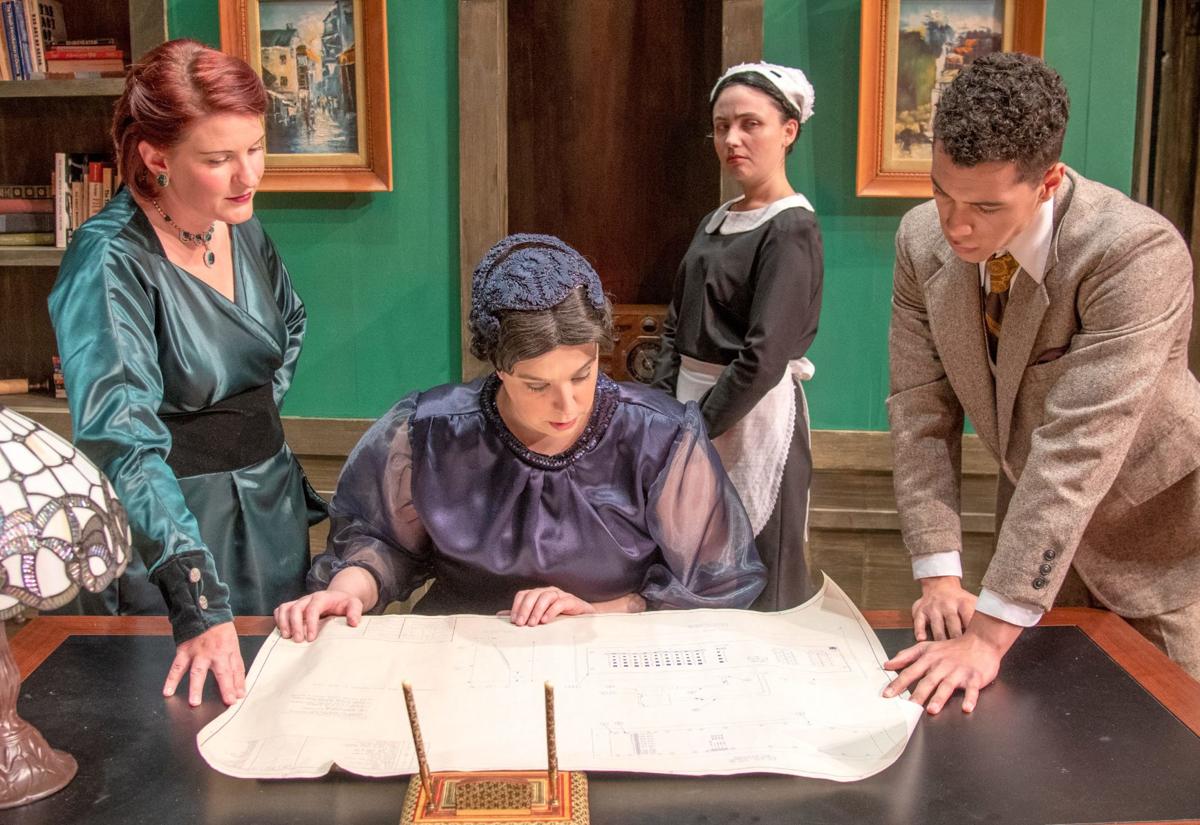 CHAMPAIGN — Sure, there are murders, but there's nothing serious about "The Musical Comedy Murders of 1940."

The play by John Bishop is directed by Mathew Green and opens tonight at Parkland College's theater.

The play is based on several 1940s mystery movies, not to mention newer comedies like "Clue."

Starting with the musical and the murders:

Three chorus girls meet their doom. The writers and stars of a recent flop escape from Broadway to work on their next hit — with the slasher on their trail.

For director Green, a play with sliding panels, secret passageways and a slasher makes for a change in direction.

"It's a delightful change of pace for me," Green said.

He has been in very dark country.

"The last three plays I directed ('The Crucible' at Parkland, and 'August: Osage County' and 'Sweat' at the Station Theatre) were very serious fare, and this show is anything but," Green said.

The play takes place in a mansion's library. Where have we heard that before?

And, as in plays like "Ten Little Indians," the guests arrive for what they think is something altogether different: an audition to the musical "White House Merry-Go-Round."

And then they start to have a very bad day.

"Whereas those other plays were very naturalistic and intimate, 'Musical Comedy Murders of 1940' is oversized and silly," Green said.

It's a different era sort of thing.

"The play definitely has a screwball-comedy style," Green said.

The Chicago Reader's reviewer liked it.

"'The Musical Comedy Murders of 1940' isn't a musical, and it's barely a murder mystery. But it's an amusing little romp that pokes fun at the theater and film worlds," Achy Obejas wrote.

"John Bishop's script satirizes a few archetypes from stage and screen, especially the sweet ingenue and naive hero of the musicals. It's a farce, so there are plenty of outlandish situations, confused identities and smart lines. There's even a little romance."

To get the actors in the proper mood in auditions, Green had some of them read a scene from the film "His Girl Friday."

"Even though the show is a murder-mystery, it has a comedic tone that makes it a cross between Agatha Christie and 'Scooby-Doo,'" he said.

Since it's supposed to be the Bob Hope era, Green knew some references would be lost on 2018 audiences.

"I did make a couple of very small adjustments to the dialogue. The play is set in the 1940s and was written in the 1980s, and a couple of the lines would sound very different to a modern audience than they would have when the play premiered," he said.

Other crew members have had their fun.

"The entire play takes place in the library of a grand old mansion, and the set designer, Molly Ilten-Fullan, and builders Brian Morgan and David Dillman have created a really impressive room for us to play in," Green said.