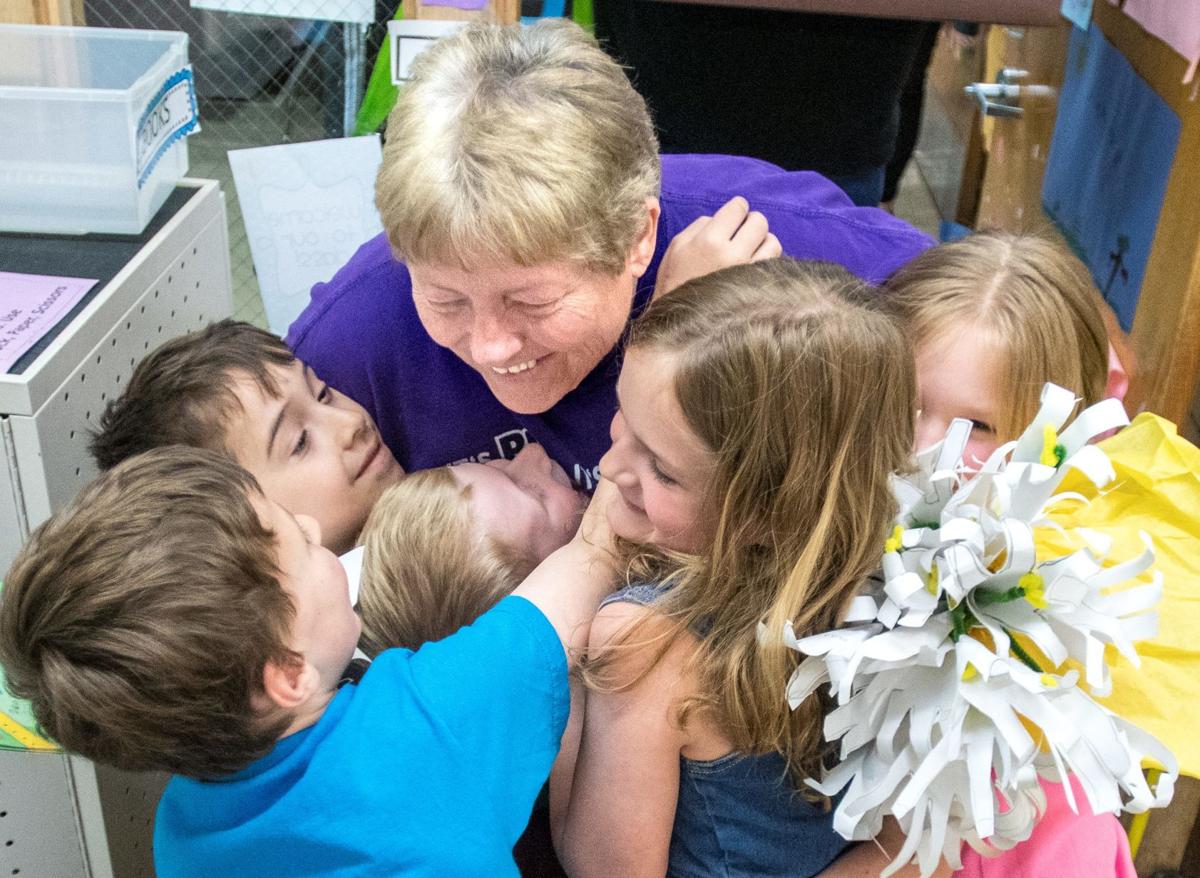 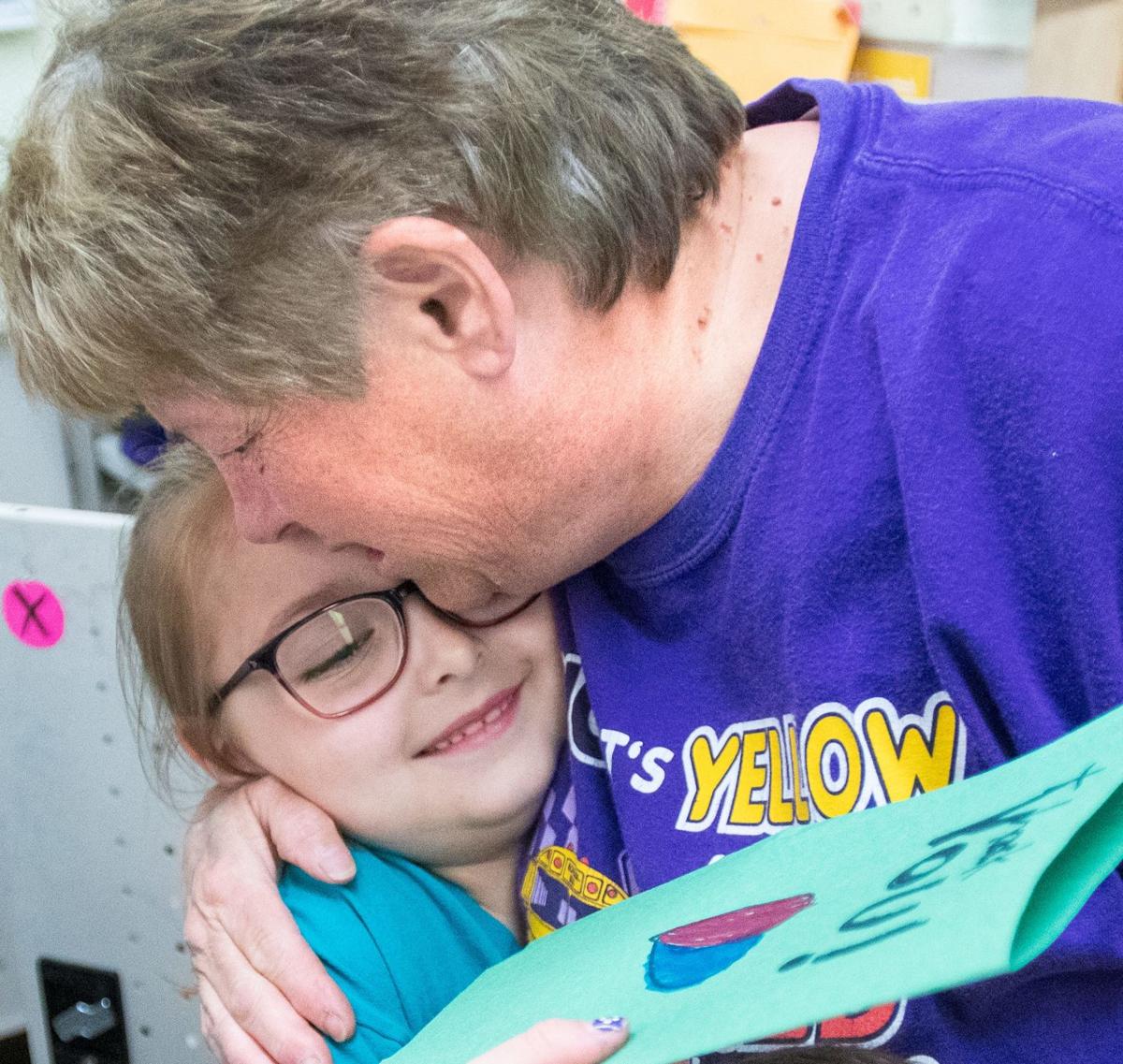 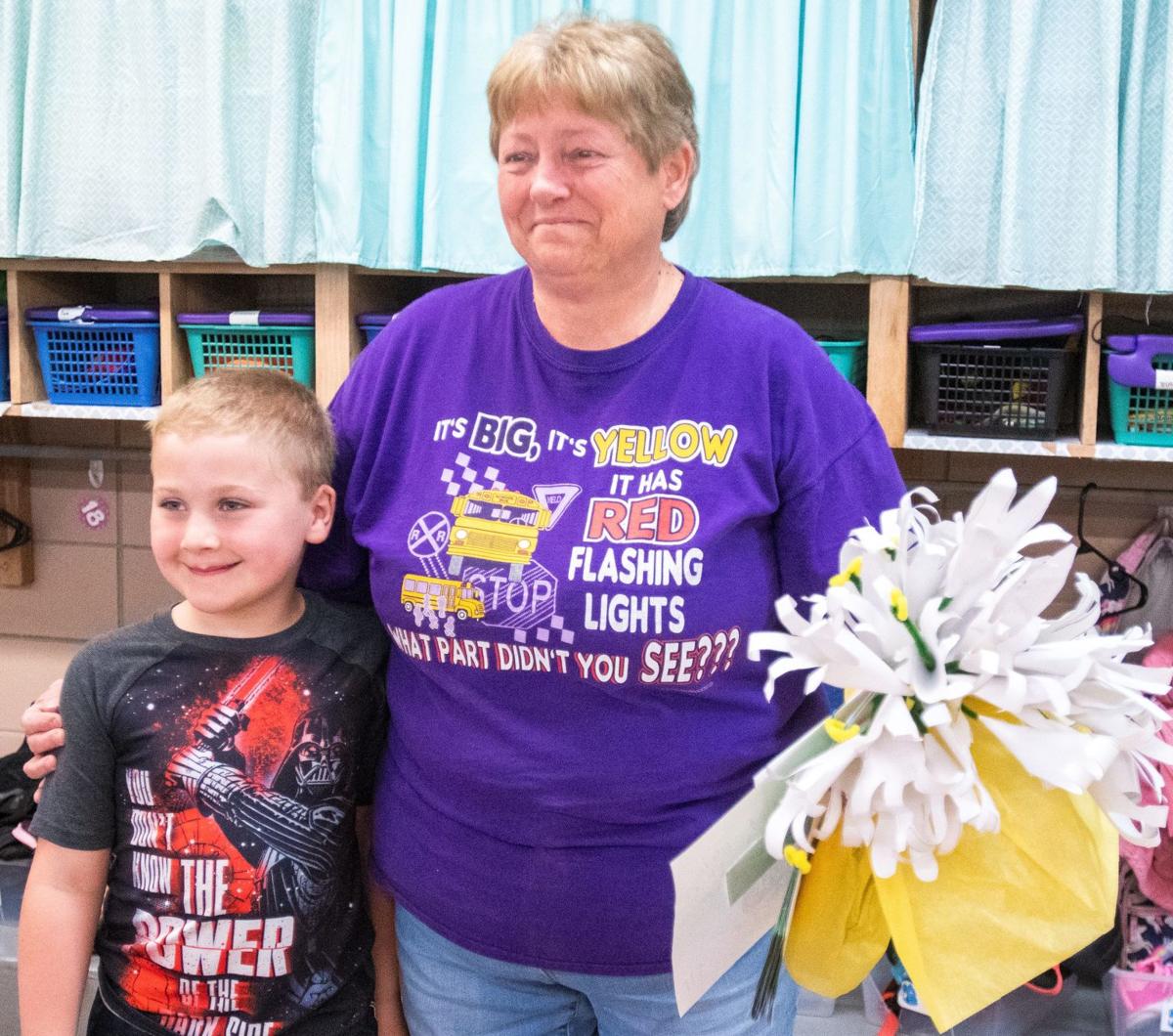 Sherry Bare dropped by Arcola Elementary School on Monday to check in on the first-graders who were aboard her school bus when it was hit head-on last week.

"I just wanted to let them know I was OK," said the 61-year-old Tuscola woman and veteran bus driver for Gould Transportation, who wasn't expecting the hero treatment that the pre-K-through-sixth-grade school gave her.

Students and staff lined the sidewalks and hallways from the office down to the west wing, where two of the first-grade classrooms are.

As she made her way through the school, Bare was clearly surprised — but touched — when they cheered, hugged and thanked her for her swift reactions behind the wheel, which according to police and school officials kept everyone on board from serious injury.

Principal Angie Gentry said 54 first graders — accompanied by teachers Erin Hemingway and Keli Egan and substitute teacher Sharolyn Strader and about 20 chaperones — had taken a field trip to Scovill Zoo in Decatur last Thursday. About half of the children rode home with a chaperone, while the rest rode home on the bus.

Around 2:45 p.m., the bus, driven by Bare, was heading east on Illinois 133 when at County Road 500 East, it was hit by a Dodge Charger that had crossed the center line and veered into its path.

The driver of the Charger — Korbin Barrett, 19 — was pulled out by first responders and taken to the hospital with non-life-threatening injuries. He was ticketed for improper lane usage and failure to reduce speed to avoid an accident.

Bare and another adult and child on the bus also went to the hospital with minor injuries. The other children were examined by emergency personnel, returned to the school on another bus and then reunited with their families.

While the accident left many of the first graders shaken, many were as equally concerned about their driver, Gentry said. That's why she and Shane and Leslie Gould, owners of the bus company, arranged for Bare to stop by to let them know she was doing fine and answer any lingering questions.

"I tried to slow down and get out of the way," Bare told Aubrea and her classmates. "Then we didn't have any more road, so we had to stop. But he kept coming."

"She was able to slow down enough so the impact wasn't as hard," said Hemingway, who was eager to give Bare a hug. The teacher was on the bus with her daughter, Emersyn.

"I want to show her my leg," said 6-year-old Riley Crist, pulling up a pants leg to expose a dark bruise on her knee.

"You got a boo boo, too?" a concerned Bare said, adding she scraped her leg and got a bruise from the seat belt.

Later in Strader's classroom, rider Tristan Leman, 7, told Bare that he was brave.

When another classmate admitted he "cried his eyes out," Eliza Lewis, 7, raised her hand and said, "My mom said it's OK to cry. We're little, and most of us have never been in a car accident before."

The Goulds — who treated the first graders to cupcakes — said Bare has been a driver with the company for at least 17 years. While she doesn't normally drive for Arcola schools, they said she was given that assignment because she enjoys taking young students on field trips.

"We're very proud of her," said Lindsey Gould, who also complimented the youngsters on their actions that day.

"You all handled yourselves so well in a very, very scary situation," she said. "You followed directions. We're very proud of you, and we're very glad you're OK."