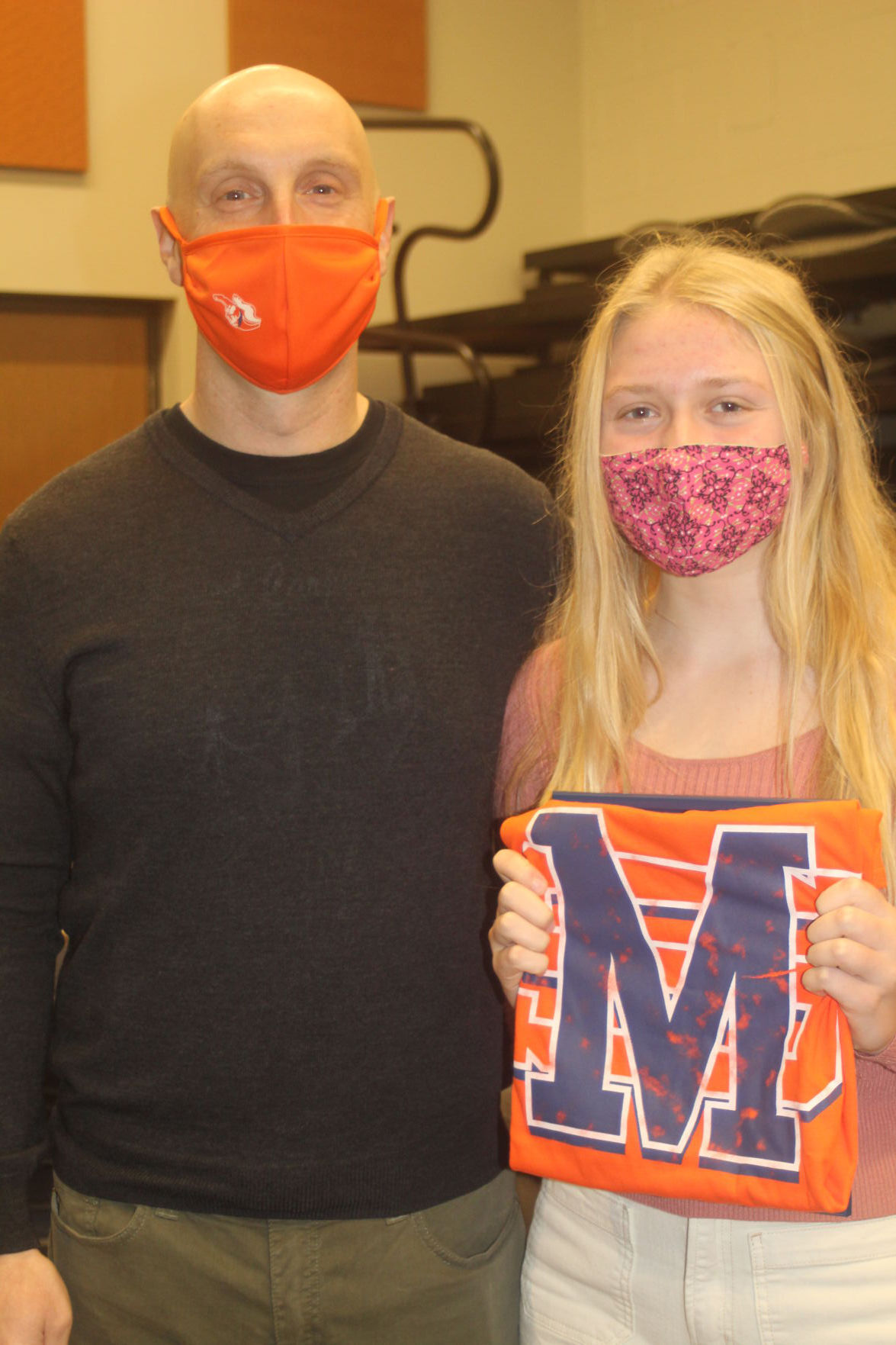 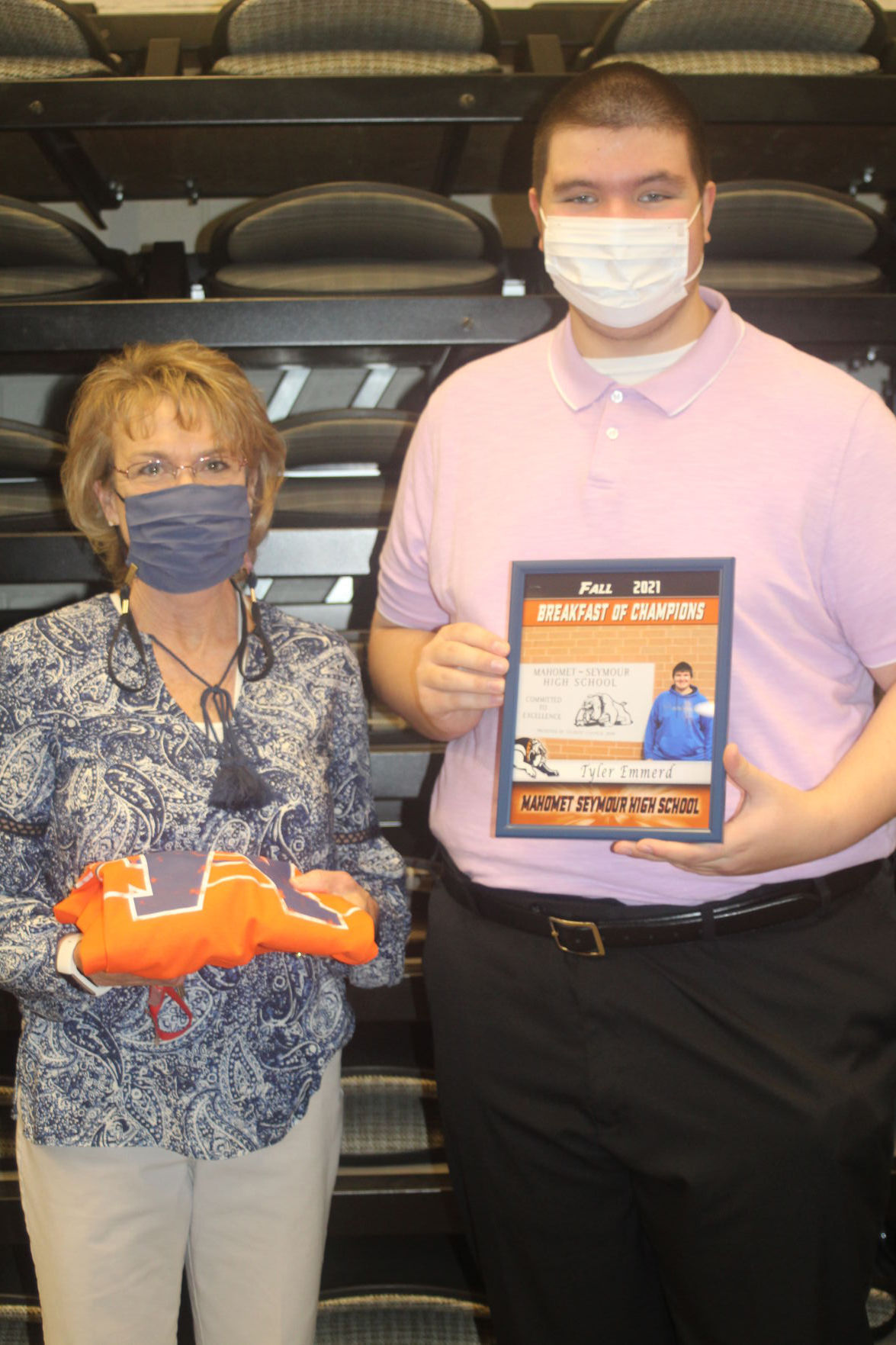 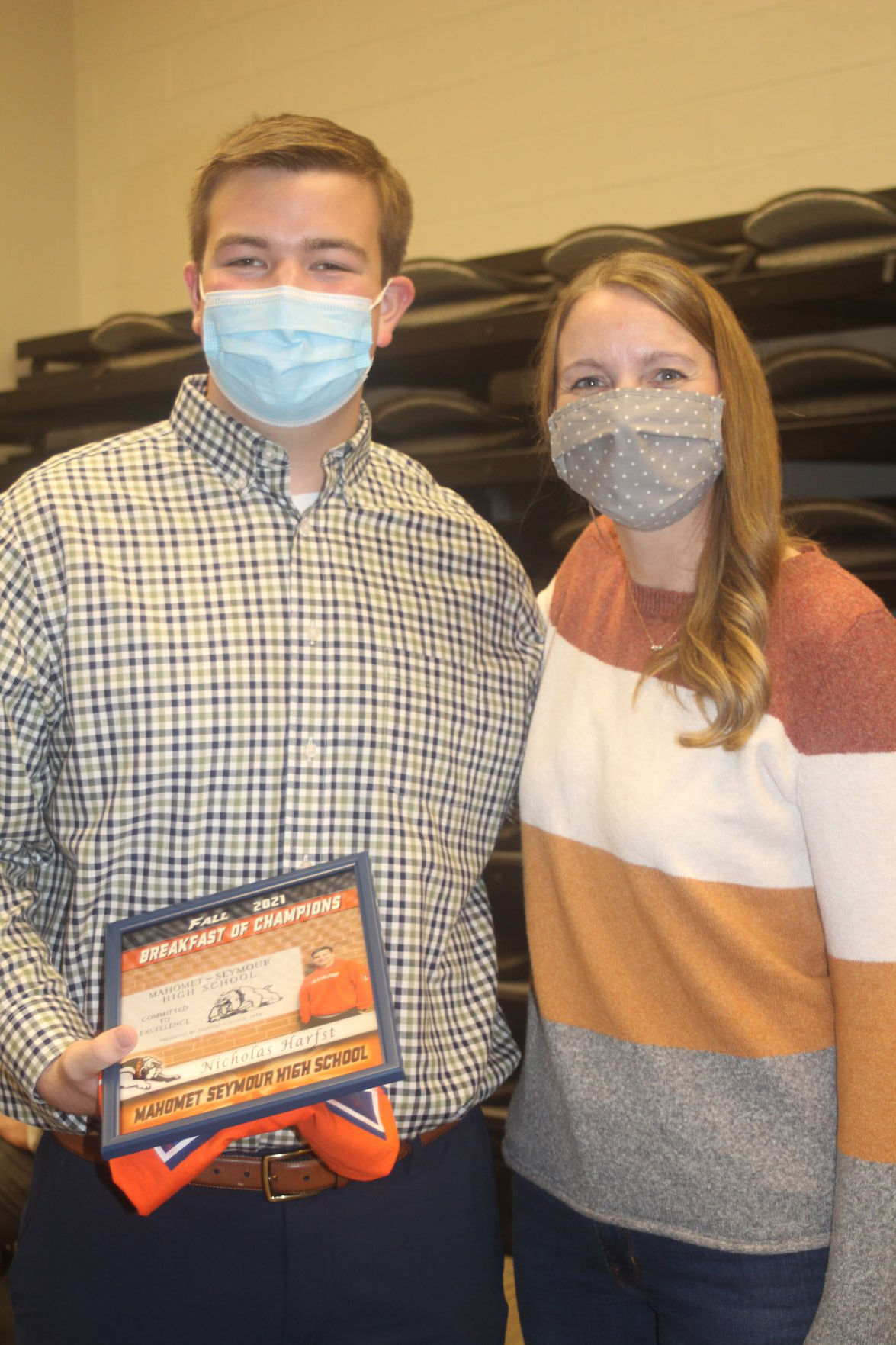 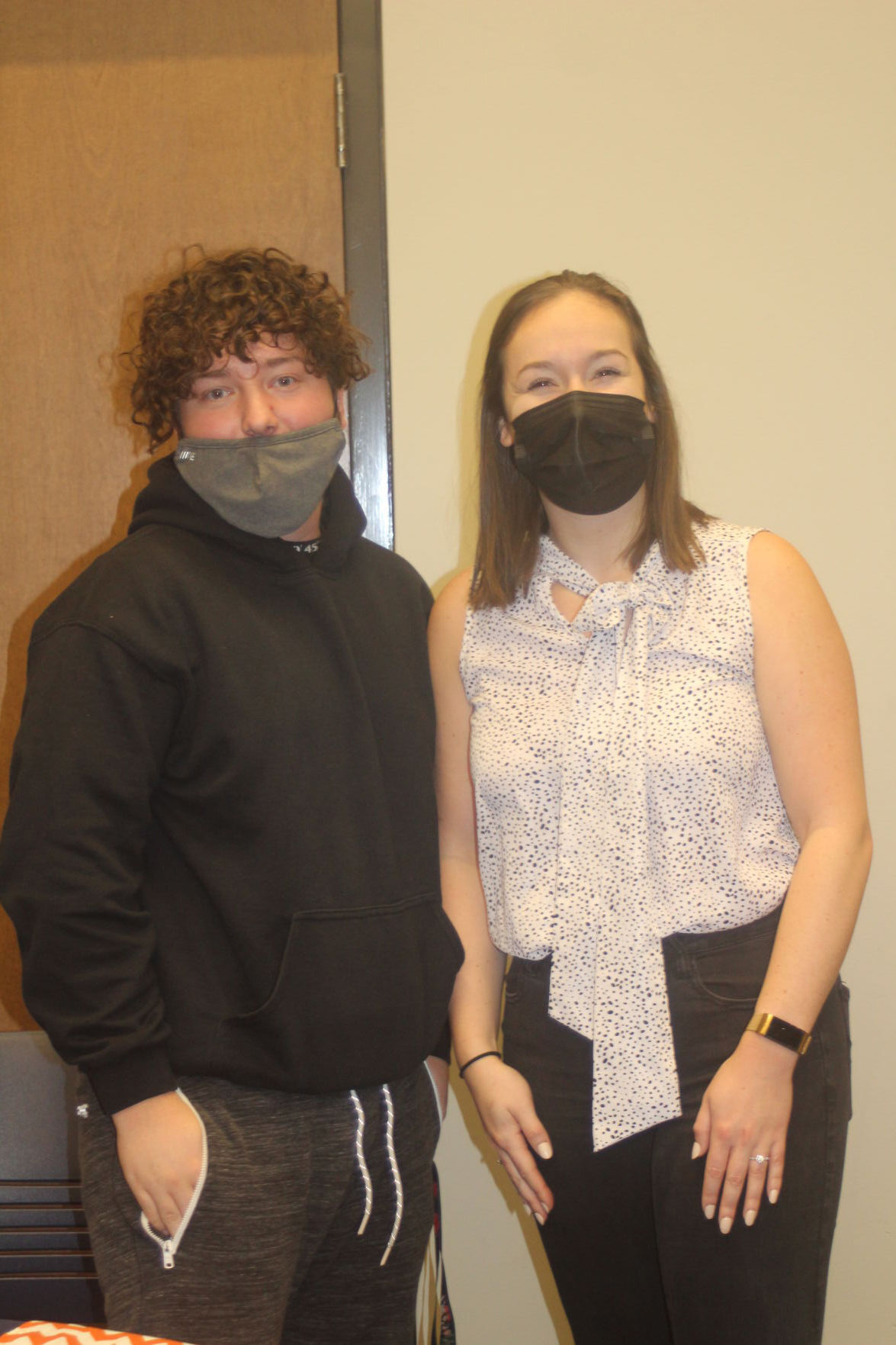 The four Mahomet-Seymour students were told to report early to school on Nov. 18. And that their parents would be there, too.

They weren’t in trouble. In fact, the opposite.

Teachers nominate students they feel represent what Mahomet-Seymour is all about.

“The goal of this recognition ceremony is to honor students who exhibit positive character qualities and leadership in extracurricular activities, the classroom or other educational experiences,” said M-S science teacher Mike Burner, one of the organizers of the event.

The Breakfast of Champions has been held for most of the past decade. The next edition will be in April.

Each time, between four to eight students are recognized.

“It’s not necessarily recognizing the All-State quarterback or the kid who got a perfect score on the ACT,” Burner said.

The honorees have positive attitudes and show great leadership. Some might have struggled early in their academic careers and are now thriving. All M-S students are eligible.

The program is part of the work done by the school’s Positive Behavioral Interventions and Supports (PBIS) team.

The students were aware Nov. 18 wasn’t business as usual. They were told to go to the school’s auditorium, where a light breakfast was served.

One by one, the students were introduced by their nominating teacher.

“They tell a story about the kid and why they nominated them,” Burner said.

The students’ families are in attendance.

Each “Champion” receives a special T-shirt and a framed photo of them in front of the school.

The honorees are hard workers and overachievers who have squeezed out every ounce of their ability.

“Sometimes that’s more impressive than somebody who, as Jim Harbaugh said, was born on third base and thinks they hit a triple,” Burner said.

All teachers are allowed to nominate a student for the honor. And the rest of the staff.

“We’ve had secretaries nominate kids in the past,” Burner said.

If you are an M-S student who does things the right way, you have a chance to get selected.

One recent honoree was picked based mostly on his friendliness.

The kind of person who gave a fist bump to every teacher at the end of each school day.

There was another student honored who constantly told jokes.

“It’s a variety of different things that kids can be recognized for,” Burner said.