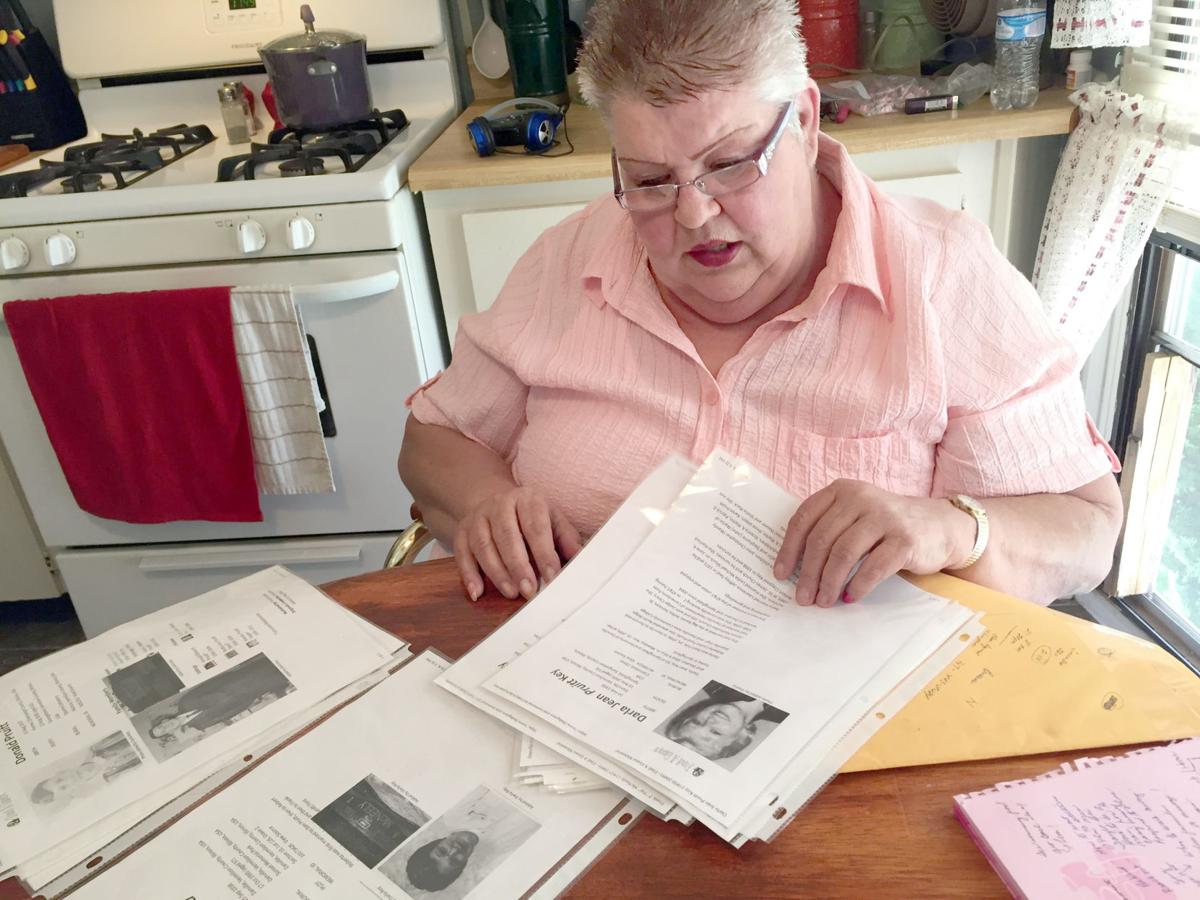 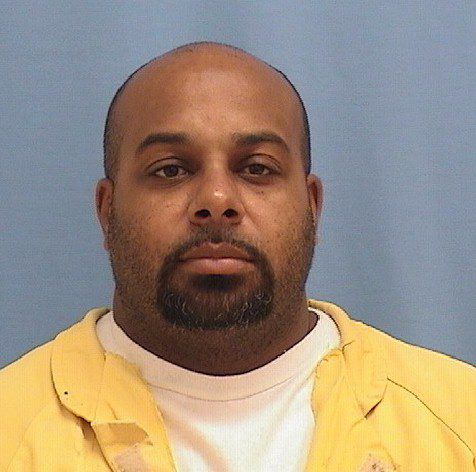 Karen Pruitt says her son is far from the out-of-control teen he was when he stabbed his grandparents to death in their Danville home nearly 23 years ago.

"He grew up," she said of Brian Pruitt, 39, who is serving mandatory life in prison without parole for the Oct. 17, 1995, murders of her mother and stepfather, Roberta and Frank "Pat" McNeely. "He's grown into a good man."

Once resigned to talking to her son in a prison visiting room or over the phone, she is now hopeful his term will be cut at a resentencing hearing in Vermilion County Circuit Court, giving him a chance at freedom.

The hearing — made possible by U.S. Supreme Court decisions, declaring juvenile life without parole, or JLWOP, sentences unconstitutional — hasn't been scheduled yet, but a status hearing is set for Aug. 14.

The landmark Miller v. Alabama decision, in 2012, was based on the consolidated cases of two "juvenile lifers," who were 14 when they committed their crimes. It recognized that adolescents are less morally culpable because of their still-developing brains and have a greater chance at reformation.

In her ruling, Justice Elena Kagan, who wrote for the majority, said the mandatory sentence precluded "consideration of his chronological age and its hallmark features — among them, immaturity, impetuosity and failure to appreciate risks and consequences." It also didn't consider "the family and home environment that surrounds him — and from which he cannot usually extricate himself — no matter how brutal or dysfunctional."

Sitting at the kitchen table of her mobile home in West Peoria, where she's lived the past 14 years, Pruitt, now 60, admitted Brian had a very dysfunctional upbringing that included being abandoned by his father, the late Joe Williams; being physically and mentally abused by her former boyfriend, Clyde Jones; and being around her drug addiction.

Drugs, foster care, jail: 'Brian went through a lot with me'

Pruitt was 19 when she met Williams, who was divorced and 17 years her senior, at the bowling alley where she worked.

"We had a lot of fun," she said, recalling she dated Williams for two years. It ended when she got pregnant.

"He said I ruined any chance of him getting back together with his wife," Pruitt said. "Then my mother got involved. She called Joe, and the two of them decided I should have an abortion. Joe took me to Champaign. ... I couldn't do it. He brought me back to Danville and dropped me off.

"That's about the last time he talked to me," she continued, acknowledging Williams wanted nothing to do with Brian, largely because he didn't want to deal with her.

When Brian was 2 or 3, Pruitt moved in with Jones "more for convenience." While nice at first, she said Jones, who was 6-foot-2, beat Brian for wetting the bed, among other things. He was often violent toward her, once stabbing her in the leg, and he pushed her to use cocaine.

"I smoked weed and ate diet pills, but I'd never been exposed to those types of drugs before," Pruitt said. "He showed me how to inject it, and it was probably the most euphoric rush I'd had in my life."

Pruitt said she and Brian managed to escape from Jones. But by then, she was addicted to cocaine.

"Brian went through a lot with me, getting high and shuffling him around," said Pruitt, who spent her late 20s to mid-40s in and out of prison for possession of a controlled substance and forgery.

Grandmother's fear: 'He's going to kill us one day'

When Brian was 6, Pruitt said, she asked the Illinois Department of Children and Family Services to place him in foster care so that she could go to rehab.

"I don't know what he went through in that foster home," she said. "My mother would send him new clothes. But when she saw him, he was never in those clothes. He wasn't cleaned up, and his hair wasn't combed."

Pruitt said her mother, with whom she had a rocky relationship, finally had had enough. Roberta wanted Brian to live with her and Pat at their home on North Gilbert Street.

"I really didn't think it was a good idea," Pruitt said, adding she loved her mother but thought she could be controlling.

Pruitt said Brian was a hyper child. His doctor's solution was to put him on medication, which neither she nor her son liked because it made him "lethargic and zombie-like."

When Brian started getting in trouble at home and school, the McNeelys asked DCFS to intervene. The agency placed him in local group and foster homes, then a facility in Phoenix, but he always ran away.

DCFS later put him in a hospital in Texas, but Brian begged his grandparents to bring him back.

"Things were good at first," Pruitt said. But they quickly deteriorated due to Brian's increasingly aggressive and violent behavior and his refusal to take his medicine.

According to his therapist and Darla Key, Roberta's oldest daughter and Karen's sister, Pruitt had set several fires in the house, played with knives, verbally abused and intimidated his grandparents and threatened to kill his grandfather.

"My mom kept telling us, 'He's going to kill us one day,'" Pruitt said. "I just never believed her. You don't want to think like that. I just thought, 'Mom's exaggerating because that's what she does.'"

Upon hearing news: 'Please don't tell it was Brian'

On the evening Brian stabbed his grandmother in the back while she lay sleeping, then his grandfather when he went to check on his wife, Pruitt was in the county jail. She'd been arrested for disorderly conduct for arguing with a police officer.

When Roberta didn't answer the phone, Pruitt left a message on her answering machine: She needed $75 to bond out of jail.

"Sometime the next morning, they came and got me out of my cell ... and told me about my parents being dead," she recalled. "I looked at them and said, 'Please, don't tell me it was Brian.' They said it was."

Pruitt was able to talk to Brian three days later.

"He was crying so hard. He told me how sorry he was. Not knowing if that was true or not, I said, 'I forgive you.' I knew everybody else was against him because they were always against me."

After Brian was convicted on two counts of first-degree murder and sentenced, Pruitt visited Brian in prison. They wrote each other when they were both locked up.

During her last stretch — for violating her probation due to a drug relapse — Pruitt decided she'd had enough.

"I'd lost so many things," she said. "I'd put my life back together so many times. I was tired. I couldn't take it anymore — people telling you when you can and can't (use the restroom), taking showers with other women, walking two-by-two and having officers demean you not because they have to but because they can."

When she was released on Feb. 24, 2004, Pruitt was homeless for the first time in her life. She moved into the South Side Mission in Peoria.

"They work with ladies who have come out of prison and are serious about changing their lives," said Pruitt, who lived there for six months before moving in with a friend and eventually getting her own mobile home. "They didn't judge me for where I'd been."

Pruitt got a job as a waitress, and the mission helped her buy her uniform. She took the bus to and from work, until the mission gave her a car that had been donated.

When the restaurant closed, she started studying to become a dental technician, but decided it wasn't for her. So she managed an Arby's restaurant for about three years until she got hurt and had to take disability.

Today, she lives a quiet life with Dee Veteto, her roommate of nine years, and still lives in the same mobile home park.

Effect of prison: 'He's learned to walk away, just let it be'

In Illinois, offenders' disciplinary records are part of their master file, which is confidential and not released, said Department of Corrections spokeswoman Lindsey Hess.

Pruitt claims her son had a clean record except for one incident early into his incarceration. When Brian was 18 and at the Pontiac Correctional Center, she said, he was playing basketball when a gang fight broke out.

"He wasn't involved," his mother insisted, "but he had GD (Gangster Disciples) on his chest. He was a teenager who really didn't even know what a Gangster Disciple was. I think he just wanted to fit in. Because of his age, they sent him to Tamms."

Brian spent about 10 years at the supermax facility, known for housing the most disruptive and dangerous inmates until it closed in 2013. Eventually, he was transferred to Menard, where he's been ever since.

"He's not that adolescent anymore," Pruitt said, adding that "a lot of people get in trouble when they're teens. They don't go this far. But their teen years are hell on wheels. Then all of a sudden, they go to college, they get married and have families, and they turn their lives around."

Pruitt said her son met inmates who became his mentors and "taught him about life, not just on the inside, but on the outside. They've taught him how to care for himself and respect others. And when things go down, you don't get involved. He's learned when to walk away, just let it be."

As a lifer, Brian wasn't allowed to further his education or have a job, his mother said. However, he learned how to fix radios and sew pockets into sweatpants, which he does for other inmates. Another pastime: buying items from the commissary and making candy, which he sells for 50 cents apiece.

"He's helpful to other inmates," Pruitt said. "If they just came in and (had) nothing to eat (from the commissary), he'll throw them something until they get some money. ... If he'd been in trouble, he would've been in (segregation).

"He doesn't even get tickets," given when inmates are out of compliance, caught passing contraband or arguing with a guard, among other things.

Mother's wish: 'I just want to see him (out) before I die'

"I'm sure he has his days," she said. "But he was always talking about the appeals. Of course, those ran out. When this Miller v. Alabama came out, it gave Brian all kinds of new hope. I've asked him, 'Brian, what are you going to do if you get out? What do you want?' He says, 'Ma, I want to get a job.' He also wants a home and a family."

And since the ruling, she said, he's been able to take life skills classes.

While they rarely talk about his crime, she believes he's remorseful.

"One night he called me and said out of the blue ... they were talking about victims in this class," she said. "He says, 'Ma, grandma and grandpa were my victims, but I didn't realize you were one of my victims, too. I want to apologize for hurting you."

Pruitt talks to her son on the phone regularly and tries to visit twice a year. She said congestive heart failure and other health problems keep her from visiting more often.

While Brian remains optimistic about getting out one day, Pruitt can't help worrying.