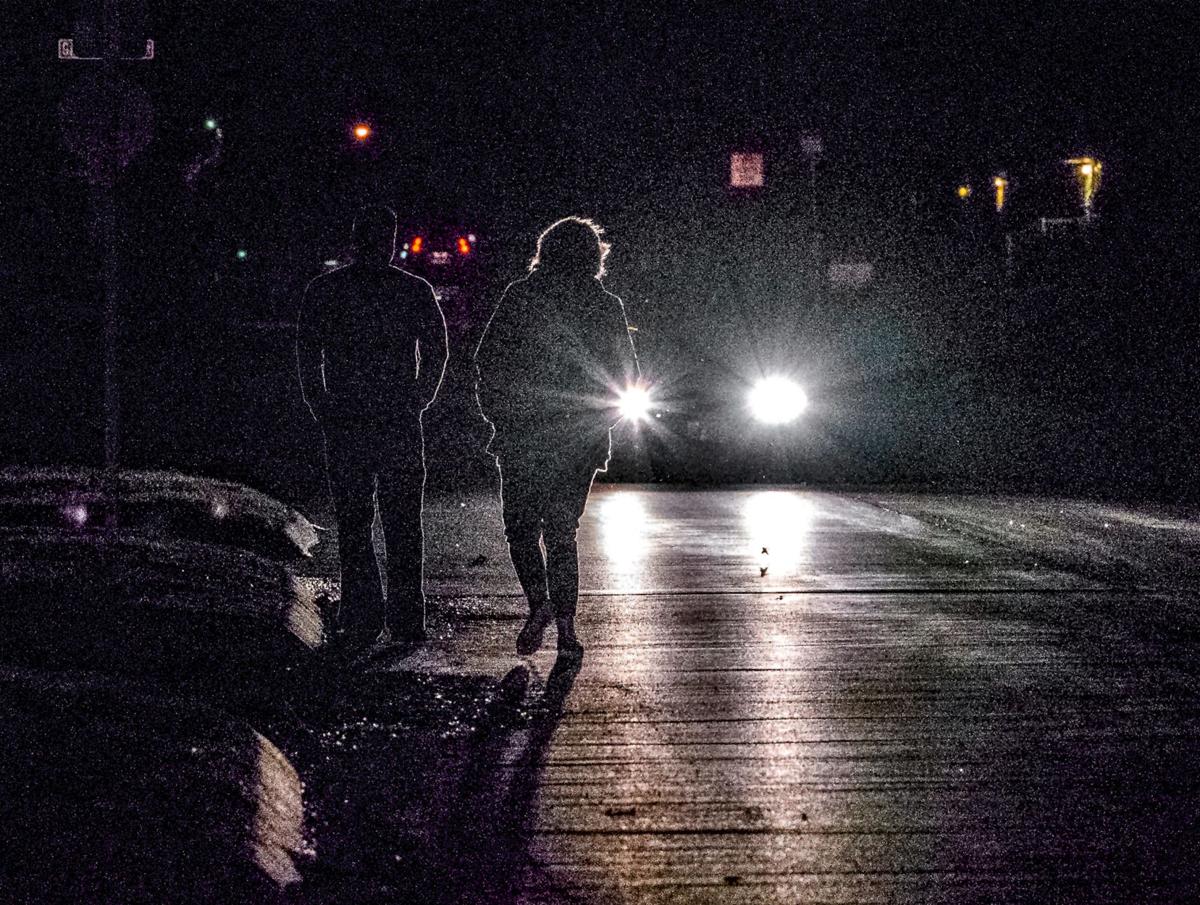 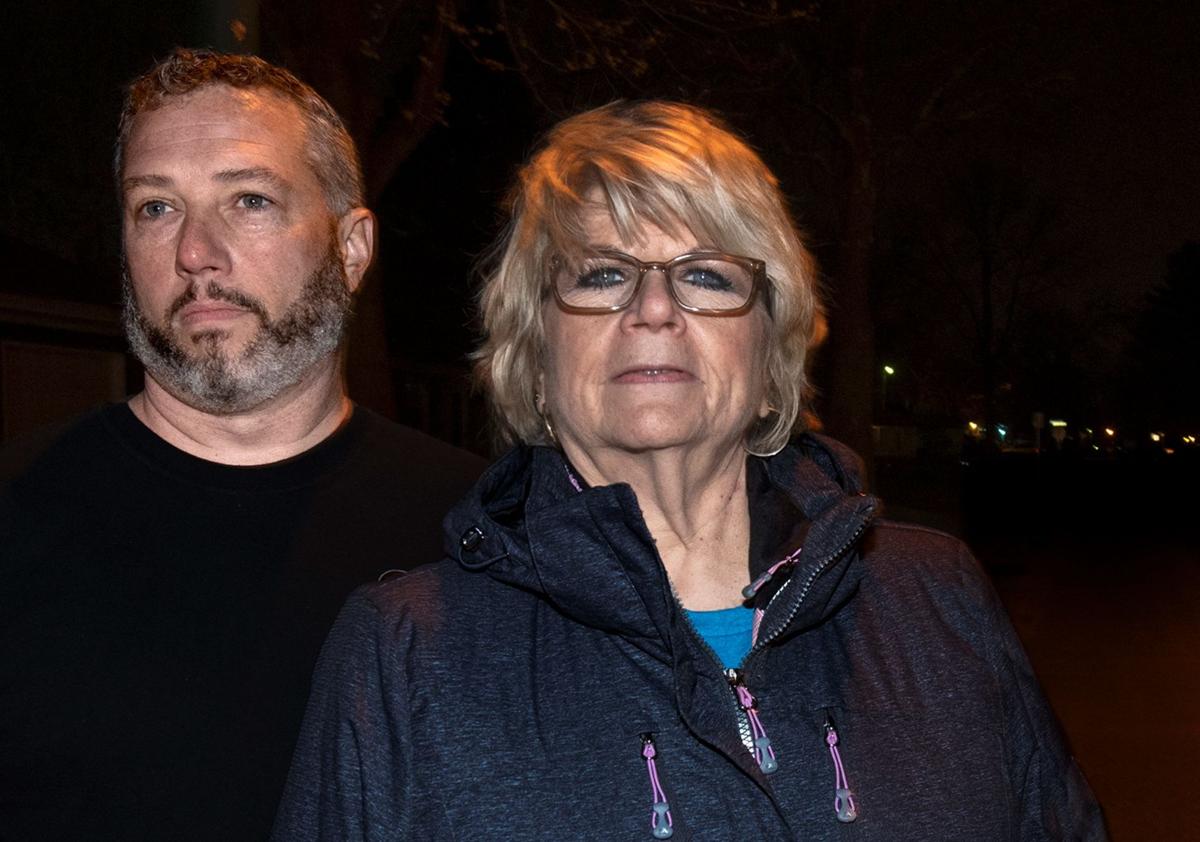 CHAMPAIGN — In Amy Revilla's longtime neighborhood, the homes are mostly smaller-size ranches, many of the streets have female names that were popular decades ago, and the street lighting could best be described as sparse.

Revilla, who is president of Champaign's Garden Hills neighborhood association, said there are many homeowners in this area like her, people who raised their families in Garden Hills and stayed.

"It's one of the old-town neighborhoods," she said.

Now, this area of 1,000-plus homes is about to become a major focus of attention for the city, the Champaign County Regional Planning Commission and Ameren Illinois as they partner in a new program to offer homes in Garden Hills free safety and energy-efficiency improvements.

The new Safety, Lighting, Energy Efficiency Program — called "SLEEP" for short — is being rolled out later this month when RPC staff members will begin door-to-door canvassing to explain the details.

Some of the high points:

— Eligible for free improvements are homes in the area bordered by Bloomington Road on the north, McKinley Avenue on the east, Bradley Avenue and Mimosa Drive on the south and Mattis Avenue on the west.

— The city will provide up to $5,000 worth of safety improvements per qualified household, according to Jennifer Carlson, Champaign's neighborhood services programs manager. Safety items can include such things as new windows, yard pole lights, home exterior lights, new window and door locks, house numbers, smoke and carbon monoxide detectors, labor for landscape improvements and video doorbells.

— The safety upgrades are being provided free at owner-occupied homes where the owners meet certain household income limits, and they're also available at rental homes in this area if the landlords are willing to foot half the cost, Carlson said.

— The Regional Planning Commission and Ameren Illinois are partnering on the energy-efficiency upgrades, with Ameren funding such improvements as energy-efficient thermostats, air sealing, ventilation, insulation and energy-efficient furnaces, water heaters and air conditioners.

— Homeowners must also qualify under income guidelines for the energy-efficiency improvements, but both qualified owner-occupied and rental homes can get these improvements free, according to Kristol Simms, Ameren Illinois' director of energy efficiency strategy and innovation.

Why all the attention on this particular neighborhood?

The city sees this as an opportunity to concentrate improvements in a single area where they're really needed, according to Carlson.

The entire area was annexed to the city in phases after it was developed, so certain features city codes require are lacking. For example, there are windows at some homes that aren't low and large enough to be used for emergency escape and rescue, she said.

Revilla, who has lived in Garden Hills for 30 years, currently operates a home day care center.

The meager lighting at night is a big safety issue, she said, especially since this neighborhood also doesn't have sidewalks.

With no sidewalks, people walk on the streets. One major street through this area, Paula Drive, has grown in traffic volume over the years, Revilla said.

"It's very, very dark, and lots of people walk on that street all the time," she said.

Dark streets also foster crime, and Garden Hills gets its share of that along the lines of "random gunfire, property crimes, you name it," Revilla said.

Problems in this area seemed to grow after the economy tumbled about a decade ago, Revilla said. These smaller, older homes offer some of Champaign's most affordable housing, and these days about half the homes in Garden Hills are rentals, she said.

Revilla's son, Chad Smith, is a contractor who said he chose to make his own home in Garden Hills because the homes are well-built and affordable.

Also an owner of some rental homes in this neighborhood, Smith said he invests in improvements such as new roofing, flooring, fixtures and paint before leasing the houses to tenants, and he covers the cost of lawn mowing, sanitary sewers and garbage pick-up. But he's also aware of rental homes in Garden Hills that aren't well-maintained, he said.

The way Smith sees it, some landlords will balk at paying for their half of the safety improvements the city is offering, and they may also be reluctant to allow anyone from a local government access to their properties for fear of being tagged with code violations.

Carlson said the city has had contact with several landlords who are interested in taking advantage of this program. And owners of rental properties can rest assured that canvassers going door-to-door for this program aren't on an enforcement mission, she said.

"I want to make it very clear: This is not a code inspection visit," Carlson said.

Landlord: 'Let's do some lights'

Revilla sees good intentions behind the safety and energy improvements being offered, and thinks this program will do some good — provided her neighbors are willing to open their doors.

"If I qualify, I definitely plan on applying for it," she said.

But she and her son expressed some frustration that Garden Hills has to wait at least a decade longer for the larger infrastructure improvements it needs to address flooding and other issues.

The city is planning a five-phase, $44 million drainage and street improvement project for Garden Hills, starting with the purchase of 46 houses to be demolished on Hedge Road to make way for a detention basin. Other phases will bring storm-sewer improvements, rebuilding streets and adding sidewalks, according to city public works spokesman Kris Koester.

The city council has asked public works to find a way to speed up this project, which would require finding money to pay for it sooner. But under the current timetable, most of this work won't get underway until 2030, Koester said.

Smith said he understands drainage improvements cost money, but he also sees the city investing money elsewhere in the community.

While the pricier drainage improvements are waiting, Smith said, he's asked the council, "let's put in some sidewalks. Let's do some lights."

While the larger project for Garden Hills is some years away, Carlson urged all residents in this neighborhood to check out what's being offered now. The details can be found online at champaignil.gov/GHSLEEP.

"I like to say this program will appeal to every household out there," Carlson said.

The city has initially committed just over $122,000 for the home safety portion of the program, she said.

"We're seeing what the interest is, and we want this program to grow," Carlson said.

Ameren Illinois and the RPC hope to tackle energy-efficiency improvements at 40 to 60 homes this year.

"Households in the Garden Hills neighborhood will complete a SLEEP application and eligible households will be served on a first-come, first-served basis," said Lisa Benson, RPC community services director. "The RPC and Ameren Illinois will pilot the project this year and evaluate options for possible future projects."

Those who don't open their doors to strangers, take note: Plans call for RPC staff members doing the neighborhood canvassing to be identifiable.

Benson said canvassers will be wearing nametags and clothing carrying the RPC/SLEEP logo. They'll be arriving in vehicles with the SLEEP logo on them. And they'll be carrying city solicitor licenses, she said.

The RPC is also planning four free energy-efficiency workshops for Garden Hills. And its door-to-door canvassers will be distributing free home energy-efficiency kits at all homes and offering help installing the items, if needed. The kits will include LED light bulbs, power strips that don't consume energy when items plugged in aren't in use and water use-reducing shower heads and faucet aerators.

$67,500 grant to help add lighting to homes in Garden Hills