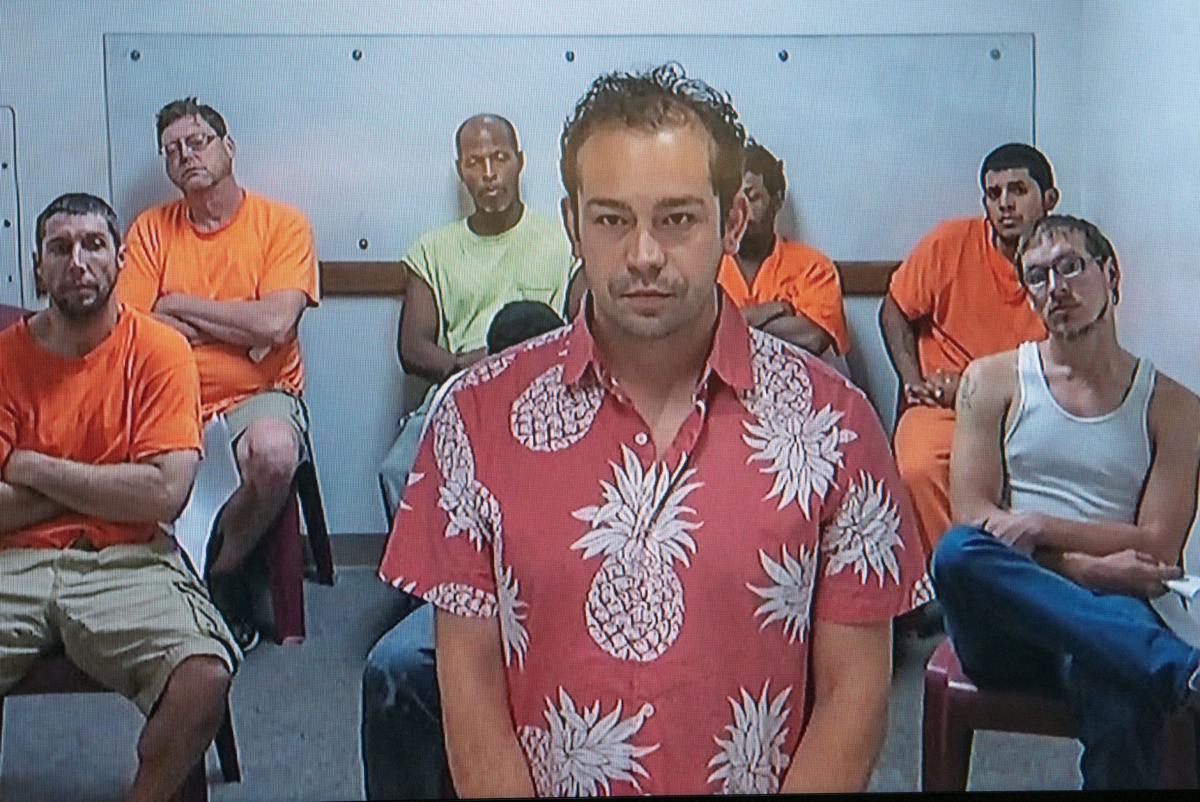 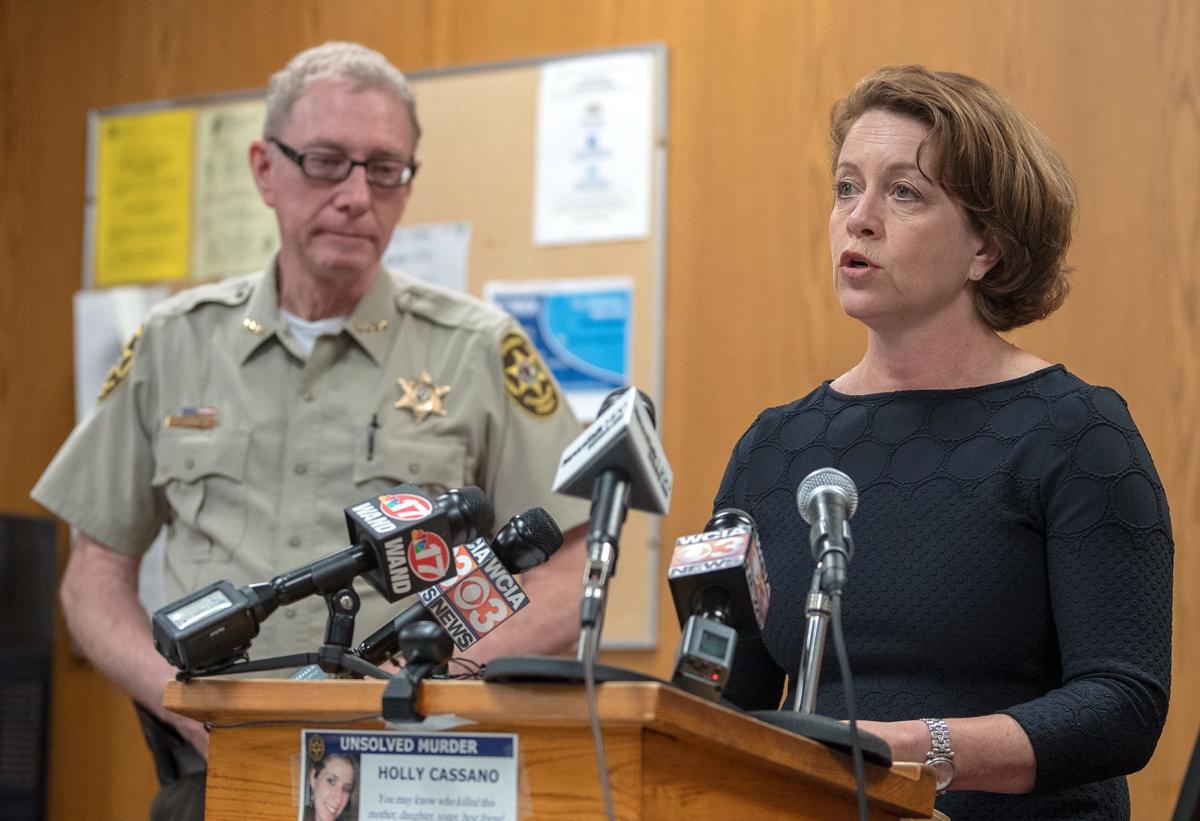 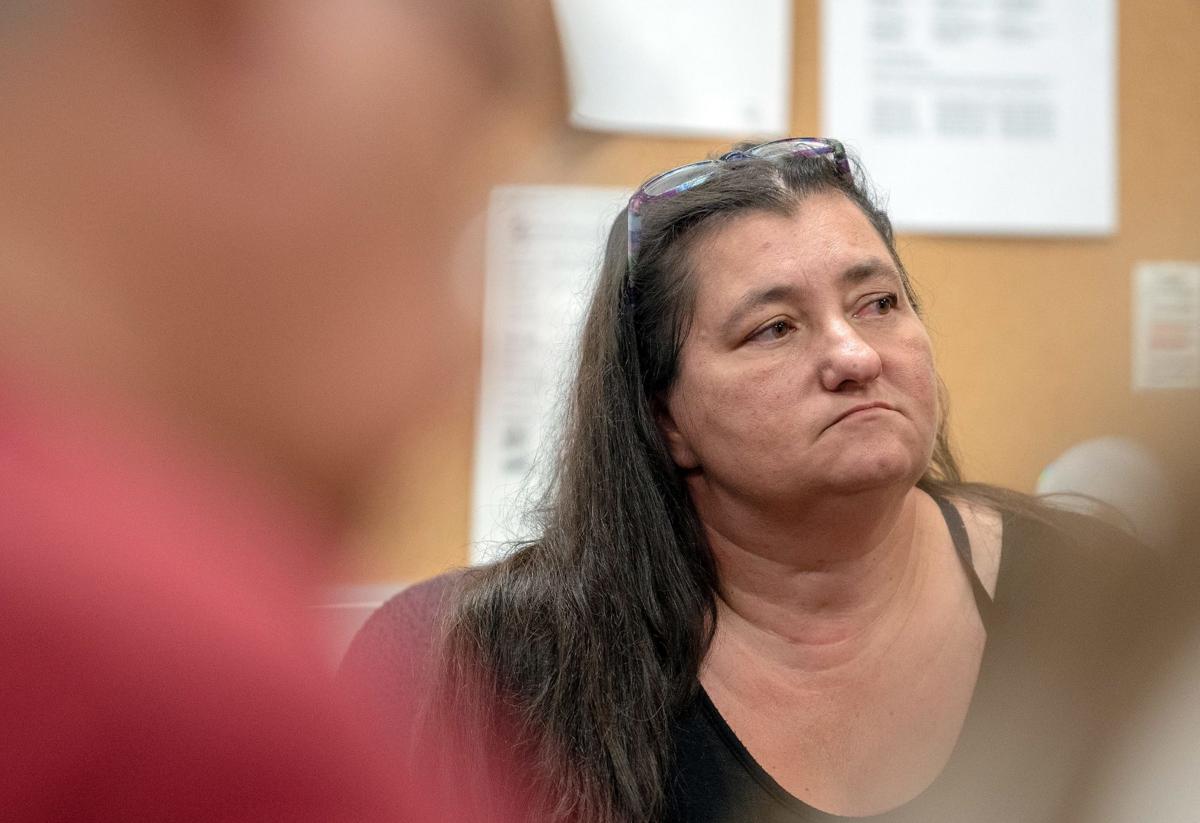 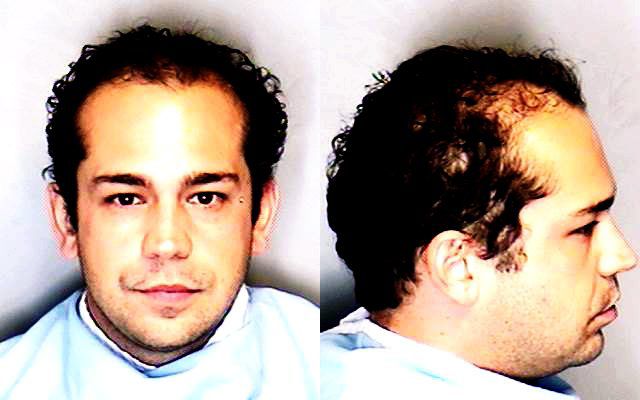 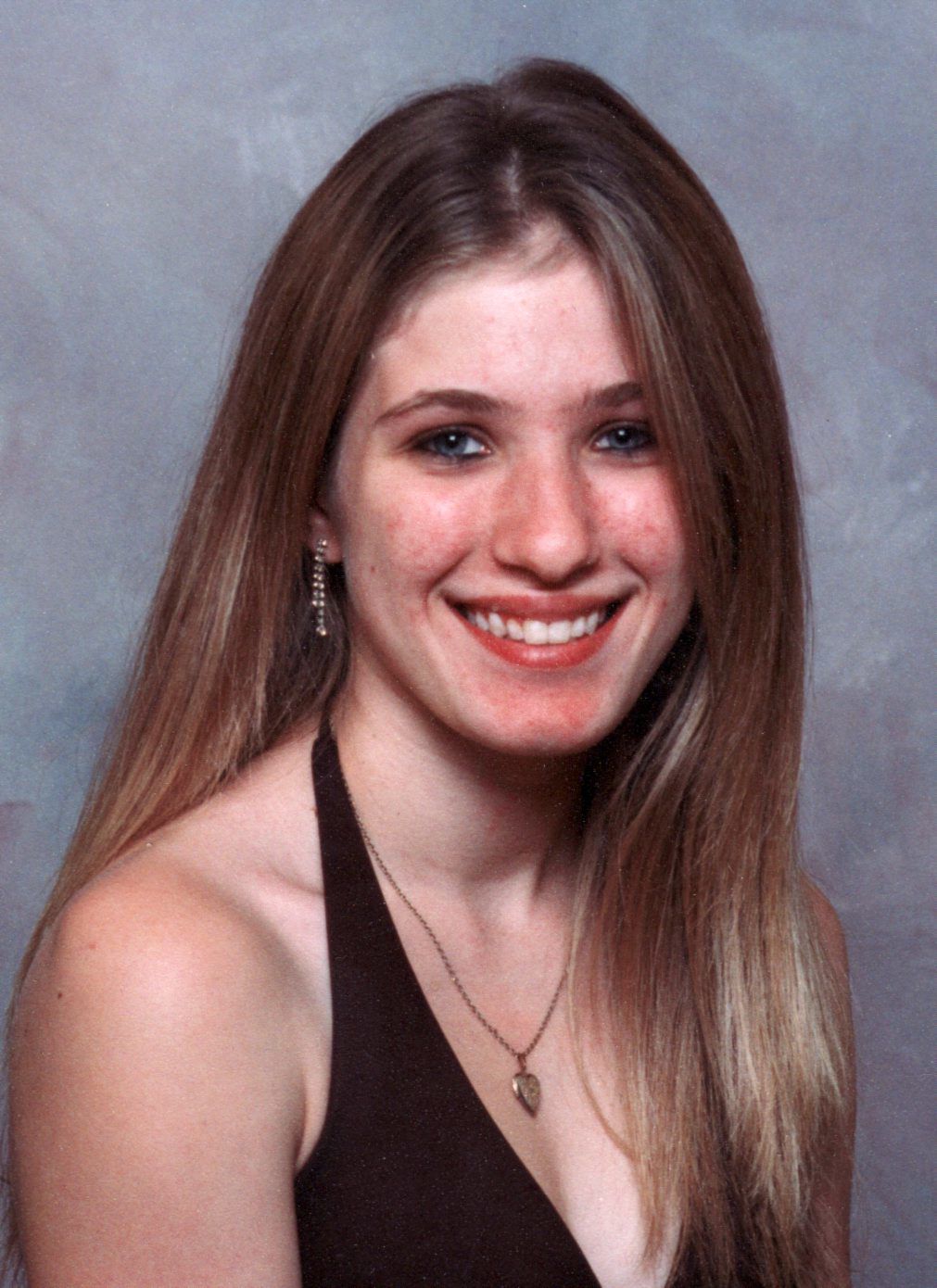 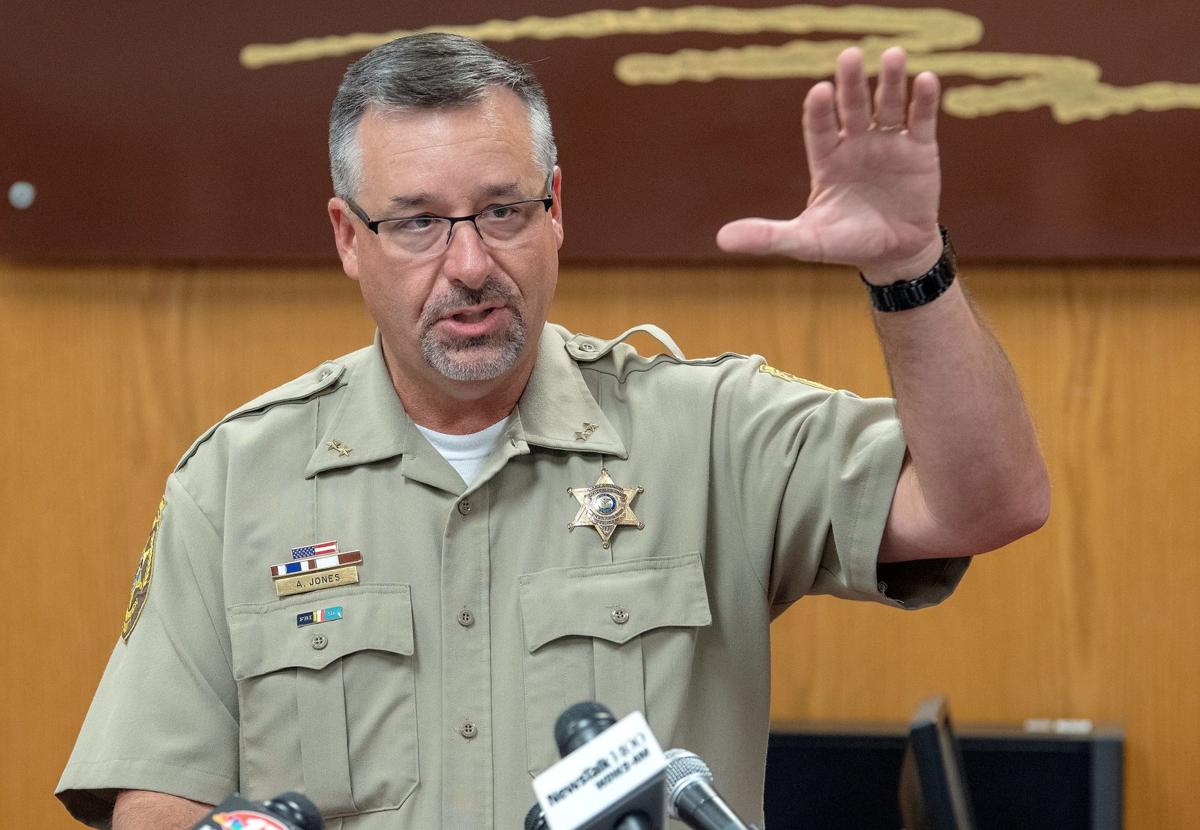 URBANA — A commercial genetic genealogy company that relies on science and public records, combined with old-fashioned detective work, led to the arrest Tuesday of a Mahomet man for one of the most horrendous Champaign County murders in modern history.

Michael Henslick, 30, has been charged with the first-degree murder of Holly Cassano, found fatally stabbed in her home in the Candlewood Estates mobile home park in Mahomet by her mother on Nov. 2, 2009.

"I still have problems sleeping because of it," Toni Cassano said of what she saw in her daughter’s home that morning. "I don’t know why. That’s my biggest unanswered question."

In addition to the 22-year-old being fatally stabbed dozens of times, there was evidence that Cassano was sexually assaulted.

Henslick showed little reaction as Judge John Kennedy read him the charges Wednesday afternoon. He appeared from the satellite jail via video monitor. At the request of Henslick’s public defender, Kennedy set the case for a probable cause hearing Sept. 18 before Judge Tom Difanis.

Blood from Cassano and her attacker was collected as were DNA samples from hundreds of people police talked to over the years.

A new technique from Virginia-based Parabon NanoLabs — for which Champaign County taxpayers paid $8,000 — led to the narrowing of the pool of suspects who could have contributed the DNA found at the murder scene.

And a cigarette butt thrown out over the weekend by Henslick, snatched up by investigators and rushed to the state crime lab in Springfield, confirmed the investigators’ suspicions.

Difanis heard the evidence on Tuesday and issued a warrant for Henslick’s arrest with a $10 million bond.

Sheriff’s investigator Dwayne Roelfs, one of the investigators who has worked the case since the day of the killing, stood in the back at a news conference Wednesday morning and watched as his bosses, Chief Deputy Allen Jones and Sheriff Dan Walsh, tried to make the process understandable.

Roelfs and several of his colleagues had very little sleep in the last five days as they tailed Henslick and then, after his arrest, carried out interviews and court-ordered searches.

"It’s a decade of life almost and a lot of stuff changes," Roelfs said, still letting it sink in that they had their man.

After Henslick’s arrest outside Market Place Mall on Tuesday evening, Roelfs and Sgts. Chris Darr and Dave Sherrick, who have also been intensely involved in the investigation over the years, interviewed Henslick for about five hours.

While they were tight-lipped about what they heard, State’s Attorney Julia Rietz said she felt her office has a strong case against Henslick and that "his statements were consistent with that evidence."

Walsh said that Henslick and Cassano went to Mahomet-Seymour High School at the same time and had mutual friends. He was unaware of other ties they might have had outside of living in the same mobile home park that has about 500 homes and 2,000 residents.

The oldest of three children, Henslick graduated from Mahomet-Seymour High School in 2007 and has had a number of jobs in restaurants, court records show.

"Holly walked past his parents’ house with the baby stroller and would say ‘Hi’ to be polite," said Toni Cassano of her daughter and then-toddler granddaughter Alexis, now 10.

Since the death of her only daughter, Toni Cassano has adopted her granddaughter.

Henslick currently lists an address on Olen Drive and formerly lived with his parents on Carroll Street in the same mobile home park, both of which were just blocks from Cassano’s home on DuPage.

Jones said the sheriff’s office enlisted the services of Parabon in February, partly because detectives knew of it and partly because Toni Cassano, who said she watches CSI all the time and researches things she hears, had inquired about it.

They received preliminary information about traits in June and, last week, a potential suspect.

A similar technique combining the use of DNA and consumer genealogy websites was used earlier this year to find the suspect in the so-called "Golden State Killer" case who was linked to a murder and rape spree in California dating back to the 1970s.

Investigators built a case against Joseph James DeAngelo, who was arrested this past April, through genetic material gathered from one of the crime scenes, using it to track down relatives with matching genetic profiles, then obtaining DNA samples from his car and trash can to match it to a crime scene, according to news reports.

Parabon NanoLabs calls itself a DNA technology company that develops next-generation therapeutic and forensic products leveraging the power of DNA.

"By comparing a DNA sample to a database of DNA from volunteer participants, it is possible to determine whether there are any relatives of the DNA sample in the database and how closely related they are," the company’s site said.

Jones said that besides science, Parabon uses public records, public family trees, obituaries, newspaper stories and online genealogy databases to glean information about possible suspects. The police then take that information and combine it with records and information that private companies don’t have access to.

In Henslick’s case, he has avoided complying with court orders that he give a DNA sample in at least two felony cases in which he was convicted, so his DNA does not appear in the Illinois State Police’s database.

Rietz said that noncompliance is the basis for a petition to revoke Henslick’s probation in one of those felony cases.

When Henslick was approached by Sheriff’s Capt. Shane Cook on Tuesday evening to be arrested, Cook told him — truthfully — that he was being taken in for a violation of a no-contact order in a domestic violence case. Only after Henslick was in custody did the other investigators tell him about the murder warrant.

In December 2009, just a month after the murder, Henslick was convicted of possession of a controlled substance, and because of his lack of prior convictions, received first-offender probation. Rietz said giving the state a DNA sample is not a requirement in that form of probation, which he successfully completed two years later.

Michael Henslick calmly told a judge Tuesday he understood that he could spend the rest of his life behind bars if he is convicted of murdering a Mahomet woman a decade ago.

Cassano case: Trial for man accused in 2009 murder set to start in February

Judge Heidi Ladd said the trial of Michael Henslick, 31, charged with murder in the brutal slaying of 22-year-old Holly Cassano, would begin with jury selection on Feb. 10.