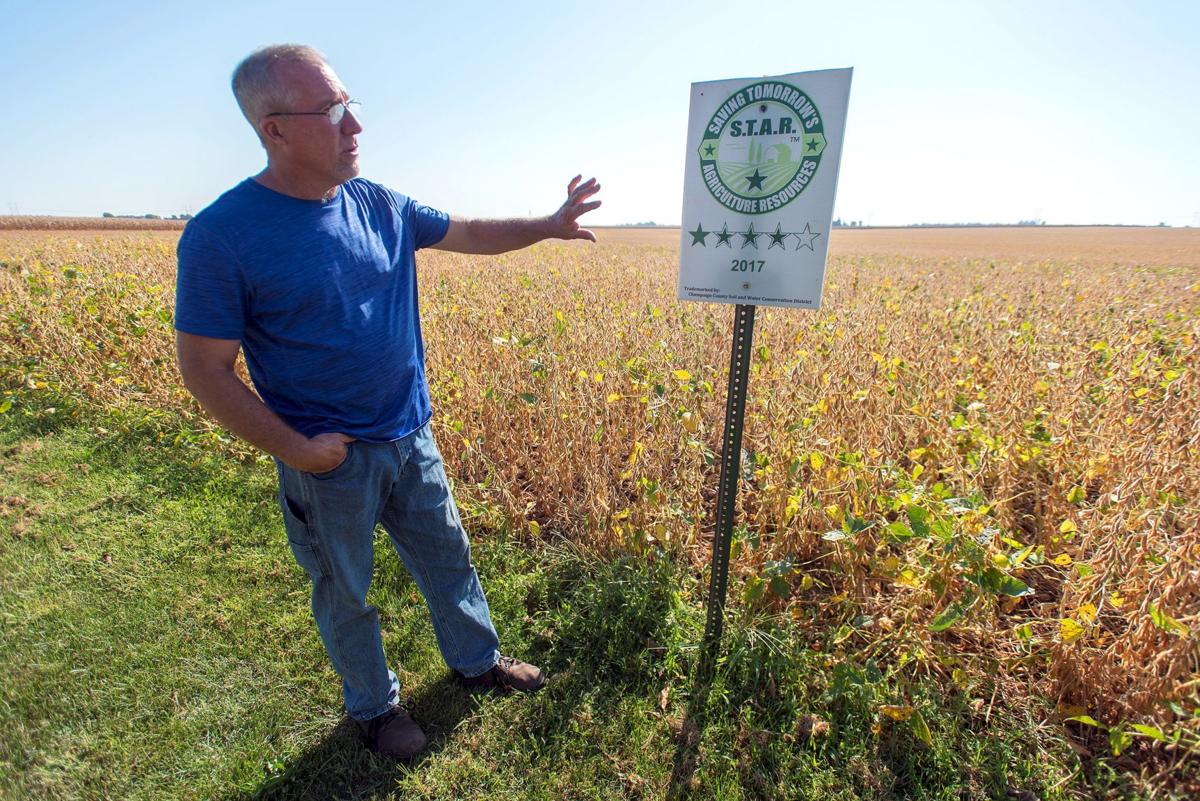 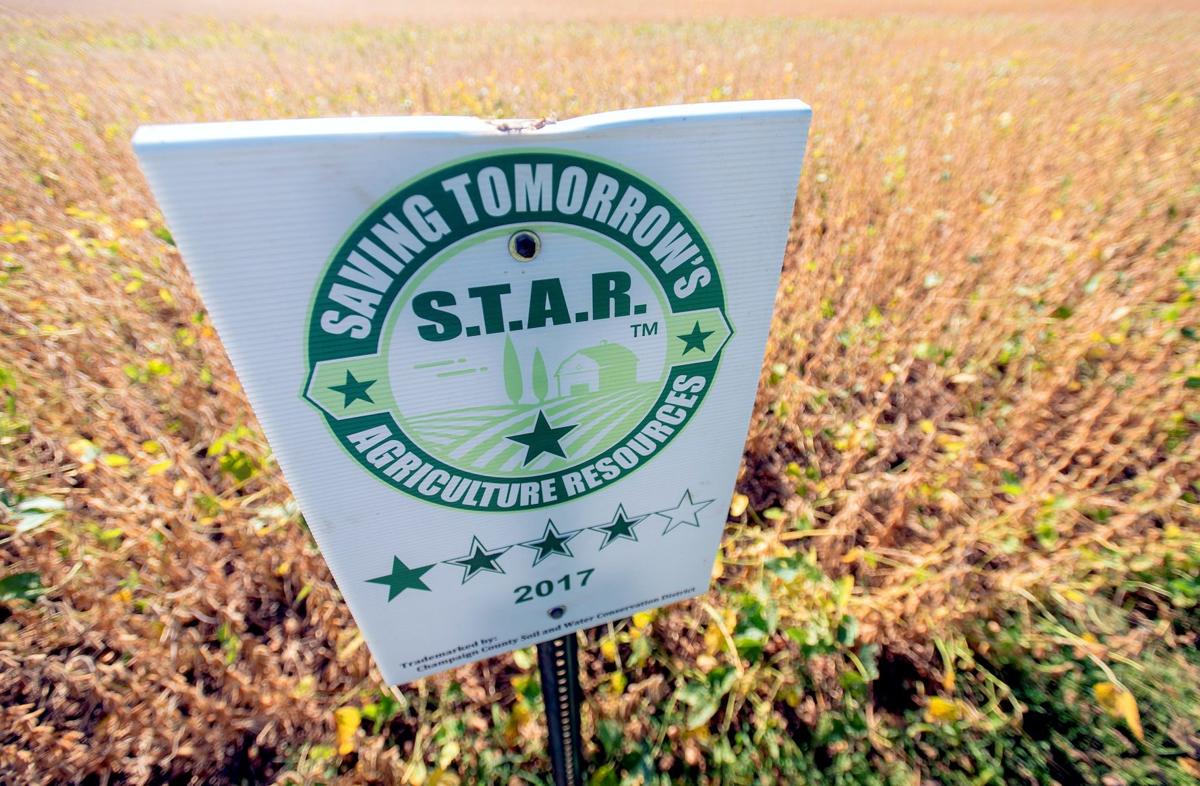 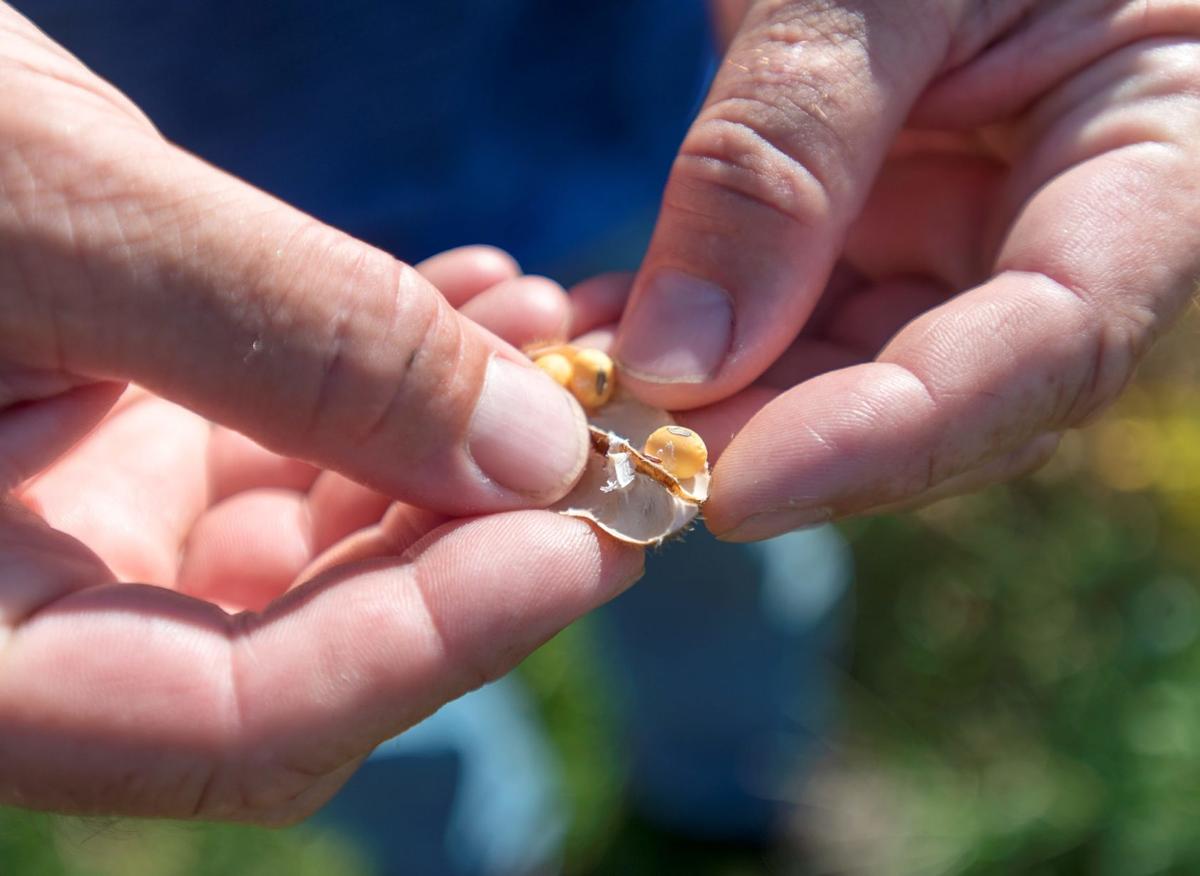 CHAMPAIGN — If a homeowner wants an energy-efficient washing machine, they can look for an Energy Star appliance.

If a college wants to show that it's newest building is "green," it can be certified under the Leadership in Energy and Environmental Design, or LEED, program.

But if a farmer wants to show that his or her field uses sustainable farming practices, there's not a popular certification program to turn to.

The Champaign County Soil & Water Conservation District is hoping to change that with the STAR program, which stands for Saving Tomorrow's Agriculture Resources.

"Who can be against that?" said Steve Stierwalt, a farmer near Sadorus and vice chair of the county conservation district.

Now in its second year, the STAR program gives fields one to five stars based on what conservation practices are used on them, such as reduced tillage or cover crops.

In its first year, 78 farmers from 15 counties in Illinois participated in the free program.

They fill out a single-page form, which is evaluated and assigned points that correspond to different star levels.

If a farmer wants, they can pick up a sign that shows the number of stars their field received.

Bruce Henrikson, special projects coordinator for the county conservation district, said he hopes the stars and signs can get farmers to be competitive about conservation.

He said a five-star farmer has already asked to put up a sign because his four-star neighbor had a sign up.

Indeed, they have a ways to go.

While cover crops can be worth the cost, farmers dealing with low commodity prices have been hesitant try them out.

"We've had good success with the people who are predisposed to conservation, who already have the interest. ... That's probably six to eight percent," Stierwalt said. "The next group, the 80 percent in the middle of the bell curve, is willing to do conservation. They don't have anything against conservation, but it has to pay. And with margins as tight as they are, I understand that completely."

Besides playing on farmers' competitiveness, the STAR program is hoping to become a standard certification, like LEED and Energy Star.

It has a science committee to ensure the stars given are based on good science, and it's designed to be flexible, so that practices that work best in east central Illinois aren't forced on farmers with different conservation needs.

"Our science committee has been working with their group to refine the field sheet to reassign points to emphasize phosphorous reduction," he said.

If it catches on, companies in the supply chain wanting to promote sustainability might ask a farmer how many stars their field has, which could drive demand for fields with higher stars.

"Someone like Walmart has sustainability goals, in that they want the people who sell to them to show that the things they are bringing are sustainably raised," Stierwalt said.

Stierwalt and Henrikson have been meeting with industry groups to promote the STAR program.

They've received a letter from the Illinois Department of Agriculture supporting the program, and this week, they met with U.S. Environmental Protection Agency officials.

"They were interested in locally-led, farmer-led initiatives," Stierwalt said. "They've had a lot better success rates when you have local people who know the local issues."

Joe Rothermel, a farmer near Broadlands and the chair of the county conservation district, said the STAR program is different than previous programs.

"It's not a cost-share program," he said. "What we find is, a lot of the time, once the cost-share money runs out, the practices stop. So we're trying to find other ways to educate and motivate farmers to adopt some of these practices."