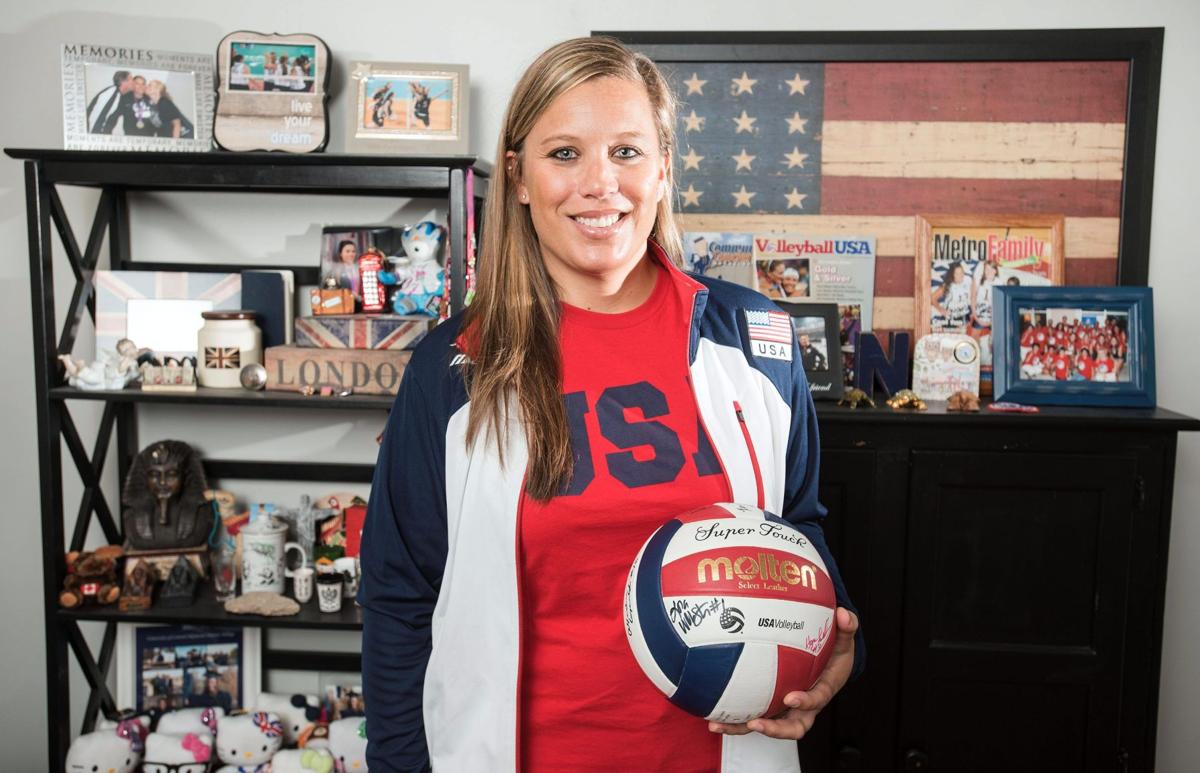 CHAMPAIGN — Many people refer to Nichole Millage as an Olympian.

She prefers the correct term — Paralympian.

A member of Team USA's sitting volleyball squad since 2005, Millage, 39, will compete for the third time with her team in the Paralympics Games in Rio de Janeiro, where the Summer Games just wrapped up.

"We haven't won gold at the Paralympics," she said Tuesday. "The last two I participated in, Beijing and London, we won silver medals. This is our time for a little redemption here. We're really hoping to come away with a gold this time."

As a Centennial High School student, Millage played volleyball and pitched for the Chargers' softball team.

After graduating in 1995, she continued to play volleyball recreationally.

When she was 21, she lost her left leg below the knee and injured her left hand in a boating accident at Clinton Lake.

"You sit on the ground," she said. "The court is smaller, and the net is lower. Sitting volleyball has the same rules as standing, except when you make contact with the ball your bottom has to be on the ground.

"It's super-challenging, and a lot of fun. It takes years of figuring out what you're doing. But once you learn how to play, it's a lot of fun."

Even though she loves the game and her teammates, Millage, who works for the city of Champaign, is thinking the 2016 Paralympics might be her last.

"I go back and forth on this. I've been on the team 11 years now," she said. "It's a lot of time and commitment and, working at the city full time, it's increasingly difficult to balance both.

"I'm not saying I'm going to be completely done. I'm at a point now where I'm going to play it by ear and make a decision after Rio."

She travels to her team training site in Oklahoma once a month — she was there just last week — and preparations ramp up as the Paralympics draw closer.

She also travels with her team to compete in overseas tournaments, where the United States has won gold a few times.

With the help of friends and family, Millage also participates monthly in open gym at the Champaign Park District's Leonhard Recreation Center. And she works out with a personal trainer — her cousin's husband — twice a week at his home.

Before moving back to Champaign at the end of 2012, Millage lived for six years near her team training site in Edmond, Okla.

"I'm clearly not getting the same amount of training I'd be getting if I were still living there," she said.

She began working for the city of Champaign 3years ago and is now the city's environmental sustainability specialist. Among her duties is managing the city's recycling programs.

"The city is completely supportive of what I've been doing," said Millage, whose master's degree is in business. "They will actually have a send-off party for me next week. I save all my vacation time, and I work overtime to save the time I need to take off to do all these things."

She will be in Rio for 2 weeks and be part of the opening ceremonies on Sept. 7. She has been told her team's first game will be on Sept. 10. The games end eight days later.

The Paralympics will be live-streamed but will not receive as much television time as the Olympics did. However, NBC and NBCSN plan to broadcast 66 hours of coverage, an increase of more than 60 hours compared with coverage of the London Games.

"I would say the media attention is getting greater but still has a long way to go," Millage said. "I talk to people every day who still don't realize the Paralympics are coming up next and don't quite understand exactly what they are. We're making progress but still have a long way to go."

Like the Olympics, the Paralympics is an international multi-sport event but for athletes with disabilities, governed by the International Paralympic Committee.

USA Volleyball and the U.S. Olympic Committee cover all of Millage's and her team's Paralympics expenses.

Her mother, Philomena Schnepper; her stepfather, Dave Schnepper; and her best friend, Stephanie Foster, will go to Rio, too, but pay their own way.

There's not one aspect of the Games that Millage enjoys over any other.

"My favorite part is the whole experience, getting to do everything with my teammates whom I'm really close to," she said. "The opening ceremonies are pretty awesome — the stadium is full of people, and I know my family and friends are in the crowd, even though I can't see them."