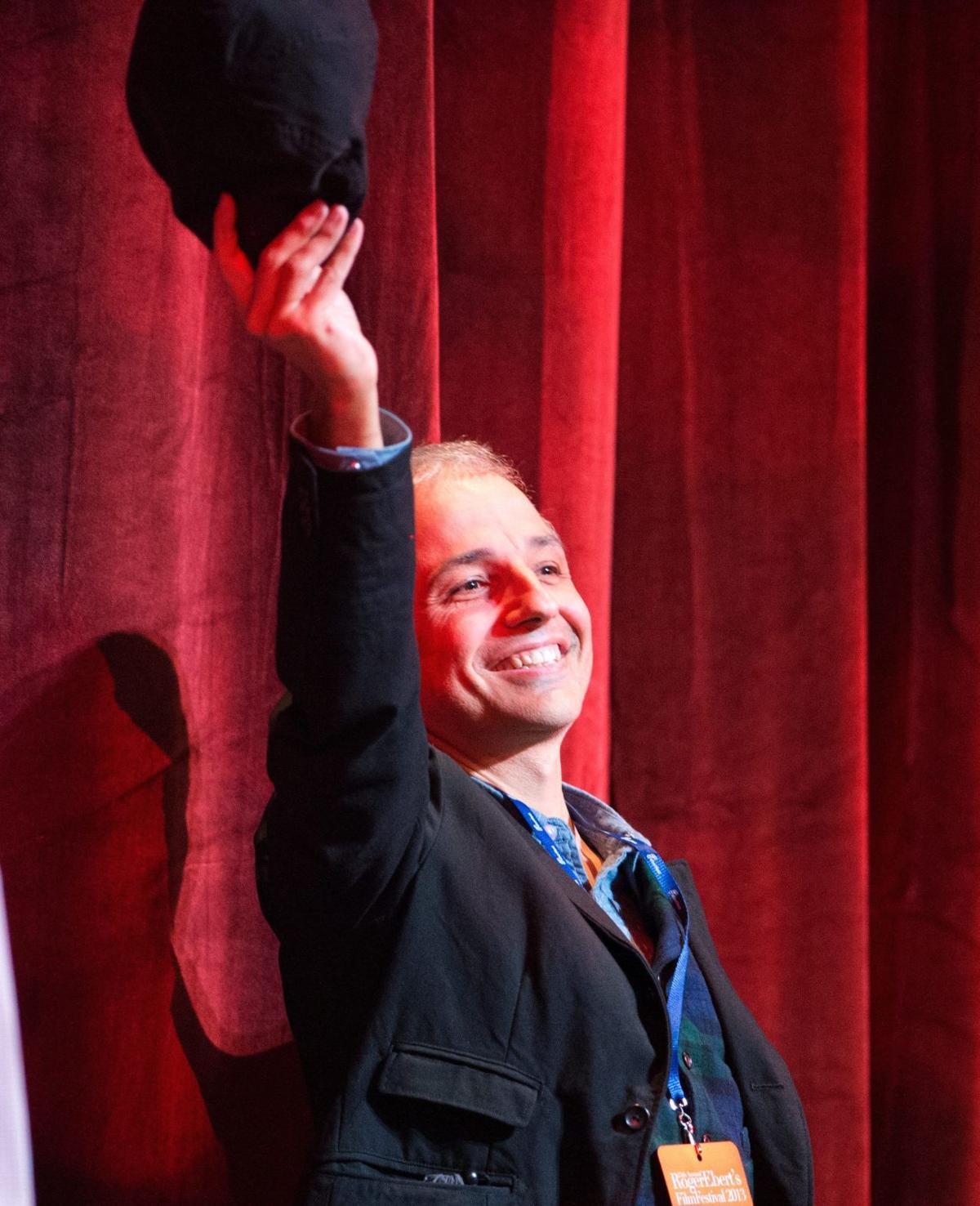 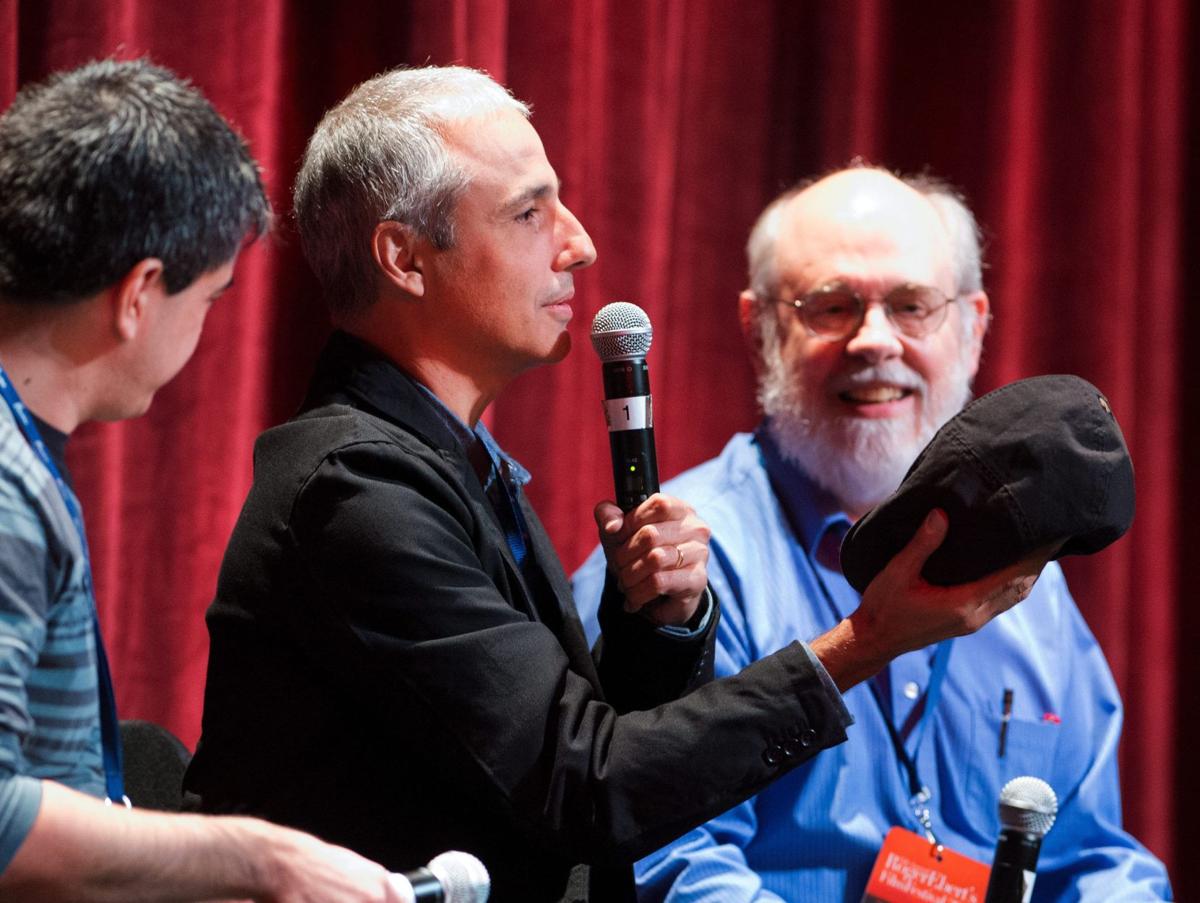 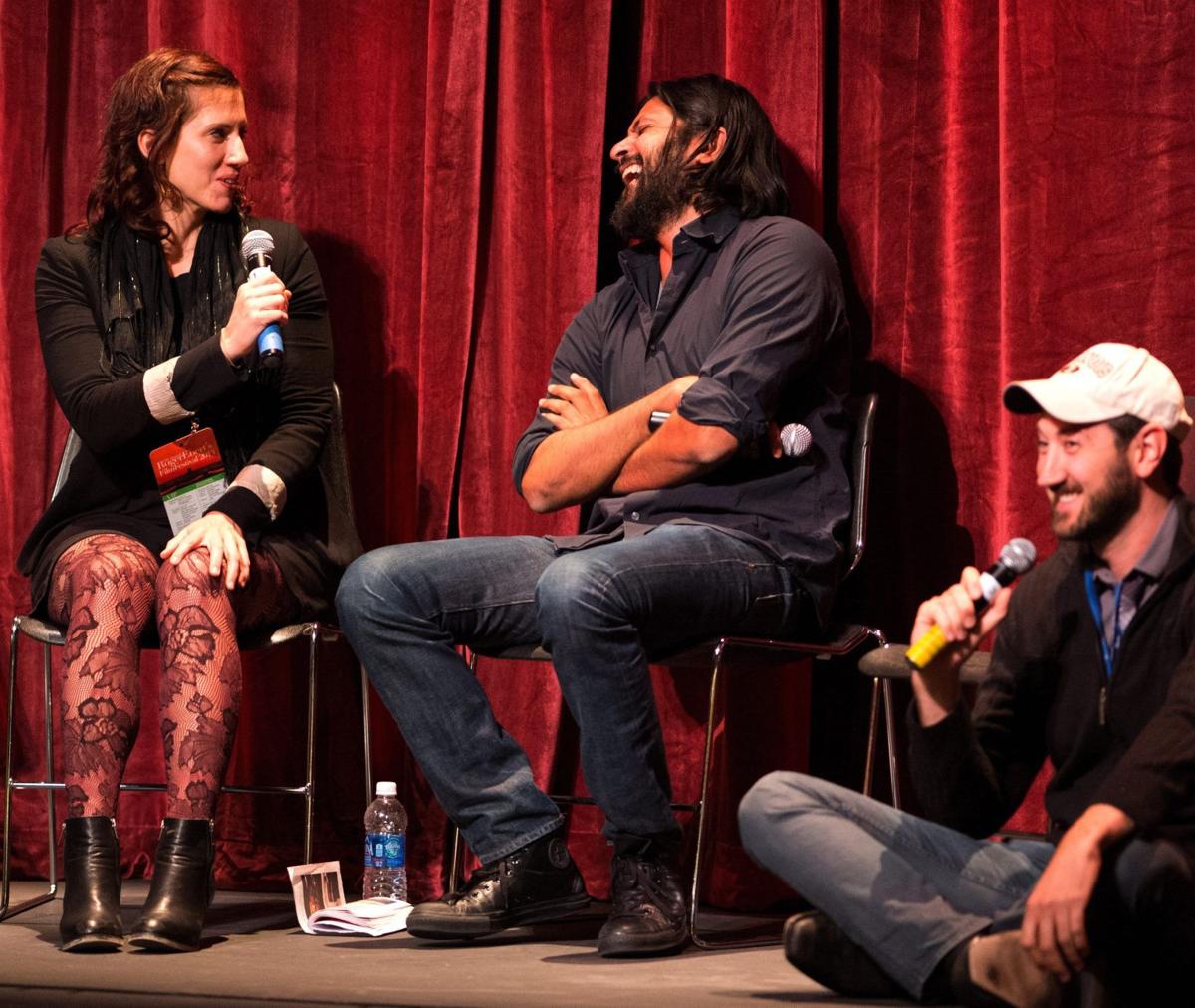 After that, the Spanish director Pablo Berger did more major uplifting of the Ebertfest family with his sense of humor and his charm, and his silent black-and-white movie, "Blancanieves," which Ebert had described in his review as striking.

Festival emcee Chaz Ebert said her husband had raved about Berger's movie, his second feature, after seeing it last year at the Toronto Film Festival.

"That is the most beautiful movie I've ever seen," she said after the screening on Saturday at the Virginia Theatre. "Roger said so many good things about it. You know my husband — I thought he was exaggerating.

"Blancanieves," which recently opened in theaters in major U.S. cities and will open next week in Chicago, is a strongly Spanish retelling of the Snow White fairy tale, with a flamenco-evocative score by Spanish composer Alfonso de Vilallonga, who studied composition at the Berklee College of Music in Boston.

"This film is a wonderment, urged along by a full-throated romantic score," Ebert wrote. "Blancanieves (the character of Snow White) is performed lovably by the angelic Sofia Oria when she is a child, and as an adult Macarena Garcia. As with 'The Artist,' I believe audiences will discover they like silent films more than they think they do."

Most members of the Ebertfest audience already appreciate silent films — Ebert has shown one at nearly every Ebertfest since the special event of the University of Illinois College of Media began in 1999.

Most of the people in the full house at the nearly 1,500-seat Virginia Theatre gave "Blancanieves" a standing ovation.

During the question-and-answer session, one woman mentioned Berger telling the audience before the screening not to think and to sit back and feel as they watched his movie.

"I was all over the place" emotionally," the woman said. "I was laughing. I was crying. I was on the edge of my chair. It was fabulous."

The Madrid-based Berger said it took him eight years to make "Blancanieves," which is set in the 1920s in southern Spain and weaves bullfighting into the Snow White tale.

A major bullfight in his movie takes place on April 21 in Seville. A man in the audience asked Berger whether that date has any significance for him. The director replied he believes numbers have meanings, and that he, his wife and his daughter were all born on the 21st of their birthday months.

"April is the biggest bullfighting fair in Seville, so it has to be April 21st," he said.

The director also said his movie is full of traditions. One from the early 20th century is to have your photograph taken with the corpse of a deceased loved one.

"I'm not a film director. I'm a storyteller. I tell stories. I tell fairy tales," Berger said to applause.

He also said he makes films for audiences, and like Roger Ebert, who died April 4, believes in giving people joy.

"I grew up in a household where we always talked about movies," he said. "After my father died, my mother, like Mia Farrow in 'The Purple Rose of Cairo,' spent a lot of time in movie theaters."

He said he had wanted to make a silent film ever since he first saw "Greed," the 1924 American silent classic written and directed by Erich von Stroheim.

Berger said he approaches filmmaking as if he is making a silent film. If he can exchange dialogue for a telling glance or action, he gets rid of the dialogue.

His first feature, "Torremolinos 73," which was released in 2003, has spoken dialogue but little of it, he said. Set in 1973 Spain, it's about a struggling encyclopedia salesman and his wife who take advantage of an offer to make adult films.

Berger wrote both his first and second features and has written two additional screenplays. He said he doesn't know what he will make next but said he wouldn't mind making another silent film.

He believes movies are sensory, magical experiences that are cathartic for viewers.

Indeed. So was the Swinton-led conga dance line that opened the fourth day of Ebertfest, after three rather somber movies were screened the day before: Joachim Trier's "Oslo, August 31st," "The Ballad of Narayama" by Keisuke Kinoshita and "Julia" directed by Erick Zonca and starring Swinton in the title role.

After the screening of "Julia," Swinton promised to lead a dance Saturday morning down the aisles of the Virginia.

"This is a spiritual service," she said late Saturday morning as she began to dance off the stage and down the aisles.

"She's one of our favorite festival guests," Chaz Ebert said of Swinton as the conga line dance ended. "Thanks for helping us segue into the next film, 'Blancanieves.'"

The festival will close today with the documentary "Not Yet Begun to Fight," directed by Sabrina Lee. It's about a fly-fishing recreational program for wounded veterans of the Afghanistan and Iraq wars.