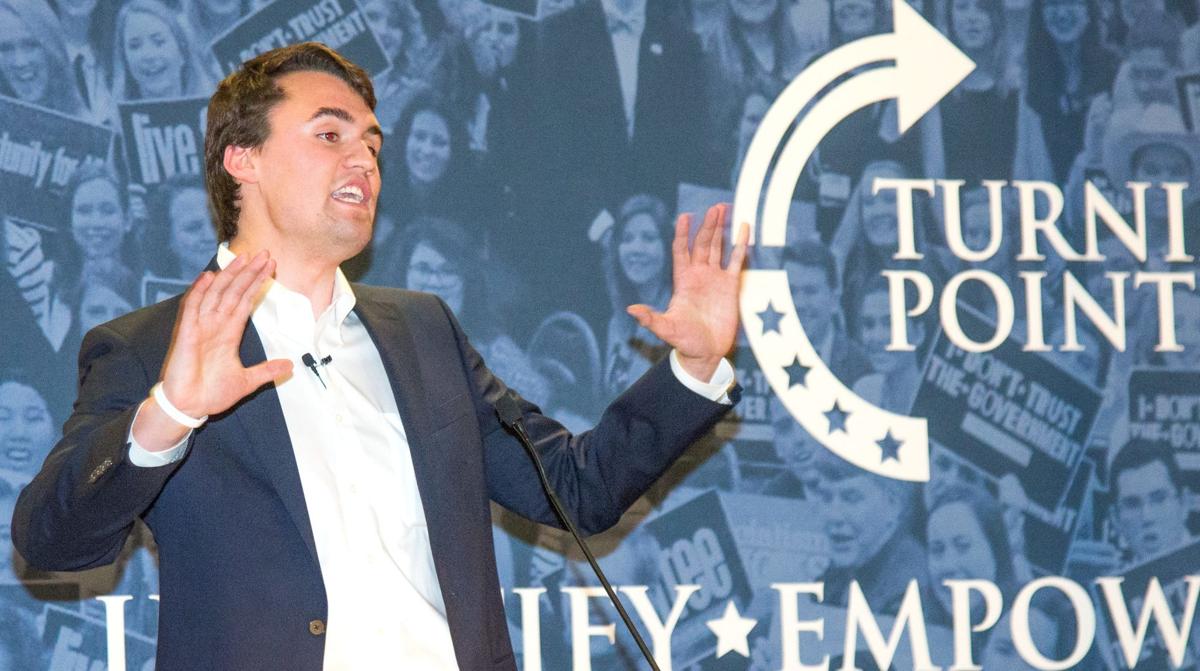 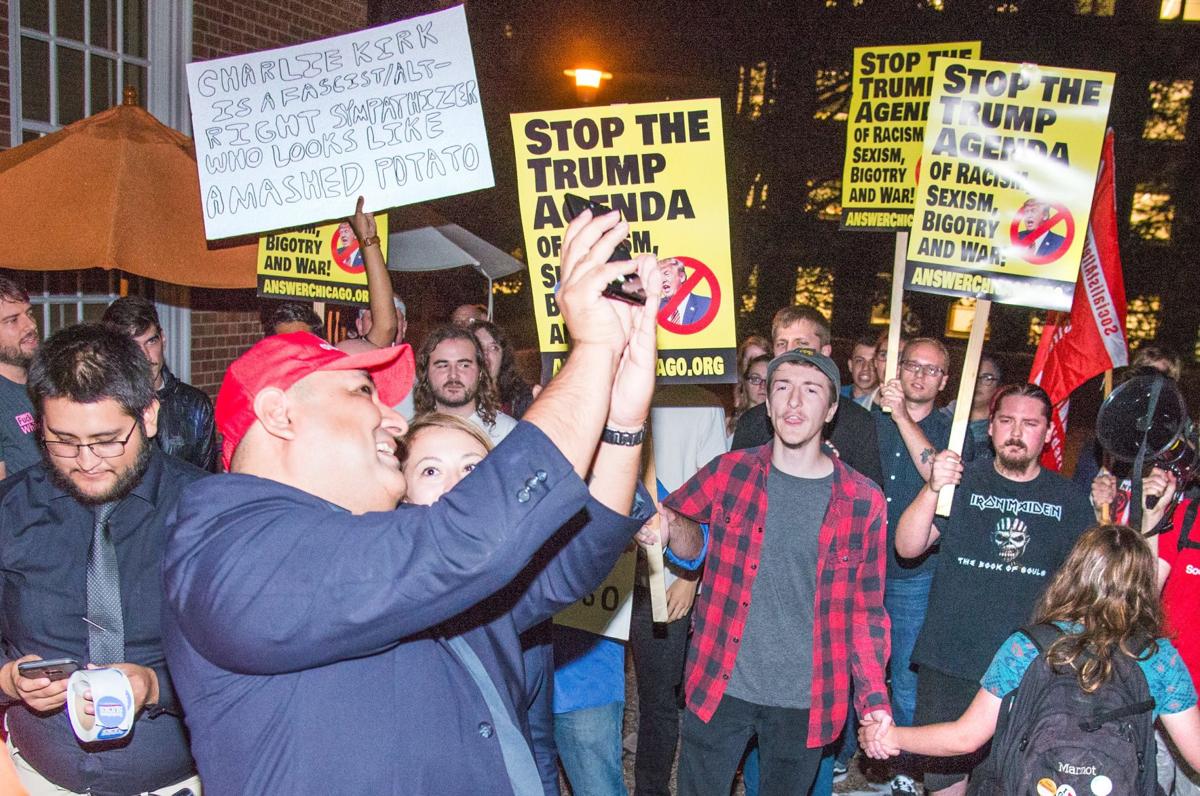 URBANA — Controversial conservative speaker Charlie Kirk's appearance Thursday night on campus was pretty much a political version of the battle of the bands.

Before the Turning Point USA founder began his 40-minute talk inside the Illini Union, a mostly-student crowd of 67 marched across the Quad in that direction, many of them chanting slogans like "Hey, hey! Ho, ho! Charlie Kirk has got to go."

Several onlookers grabbed their cellphones to snap selfies in front of the protesters.

"He promotes racist policies," said Elizabeth Dean of the International Socialist Organization. "He wants to build a wall on the border with Mexico. He promotes the 'professor watch list,' which asks students to give information about professors they think are left wing. I think his views are harmful to students on campus."

Inside the Union, close to 200 people packed Illini Room B to hear Kirk, a member of President Donald Trump's transition team, extol the virtues of capitalism, fiscal responsibility and limited government.

One woman squealed when Kirk suggested the U.S. move its embassy from Tel Aviv to Jerusalem.

"College students are so used to hearing one side of the political agenda," said Debbie Bernal, president of the UI chapter of Turning Point USA. "It is important to know there are other beliefs out there that young people are open to, as well."

UI police were stationed both inside and outside the union, but no violence was reported.

Most of the conflict was of the verbal variety as each side promoted its views, separated by a hallway.

Outside, Nilly Kumar of Urbana carried a sign reading "Open mic for anyone who hates fascism."

"Charlie Kirk is openly against the immigrant community and the undocumented community," Kumar said. "He supports ideas that should have stayed in the racist 20th century. They don't belong in this time period."

Inside, Kirk's talk was interrupted only by loud applause from supporters, many of whom sported buttons reading "I love capitalism" and "Socialism sucks."

"Whether you agree or disagree, it is so important to fight for free speech on campuses today," Kirk told the crowd.

Among his remarks: a call for colleges to move from four-year to three-year degrees.

"College should not be about life exploration," he said. "It should be about career preparation."