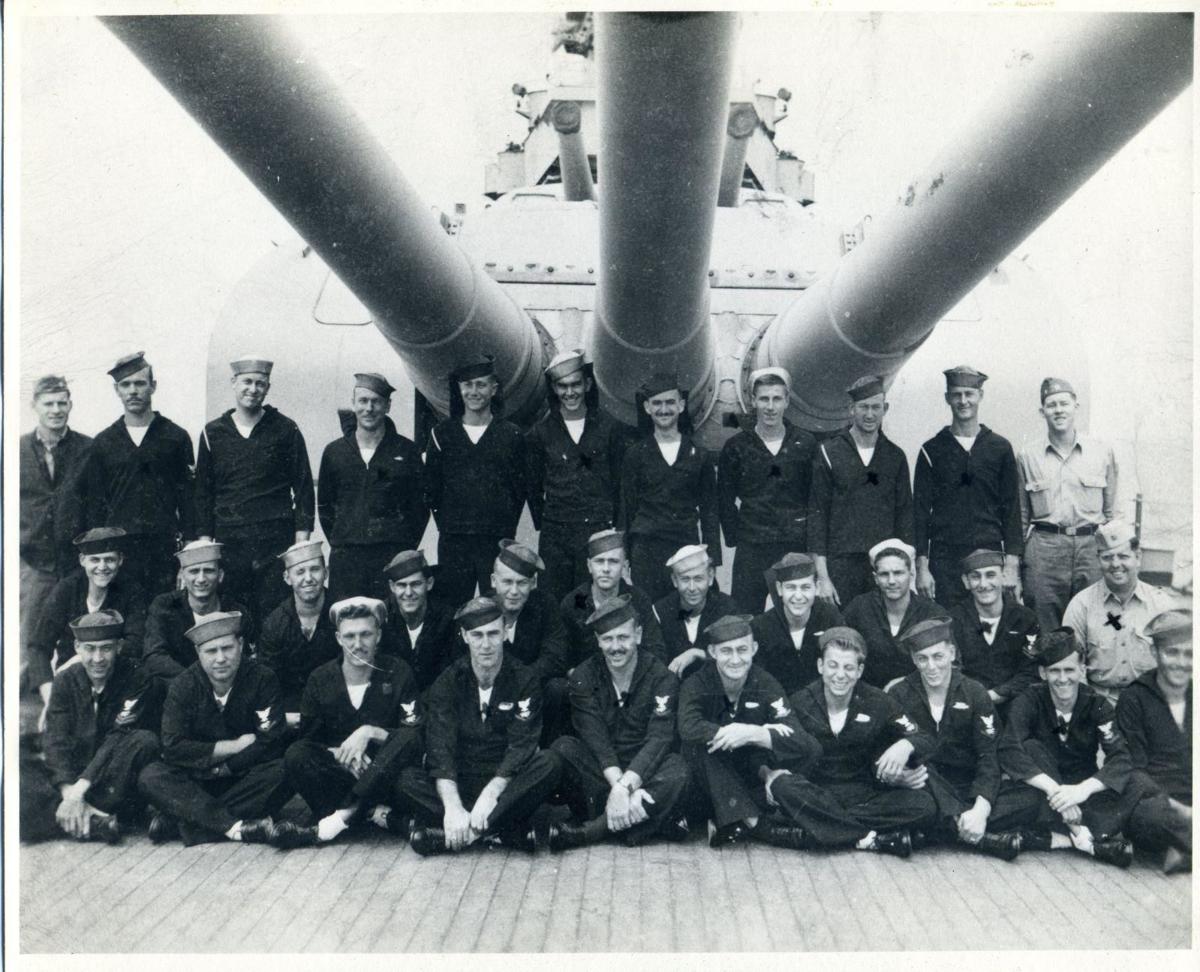 Crew of the USS Indianapolis, the ship that secretly delivered the components for the first atomic bomb dropped on Japan, and then was torpedoed on the way to the Philippines. 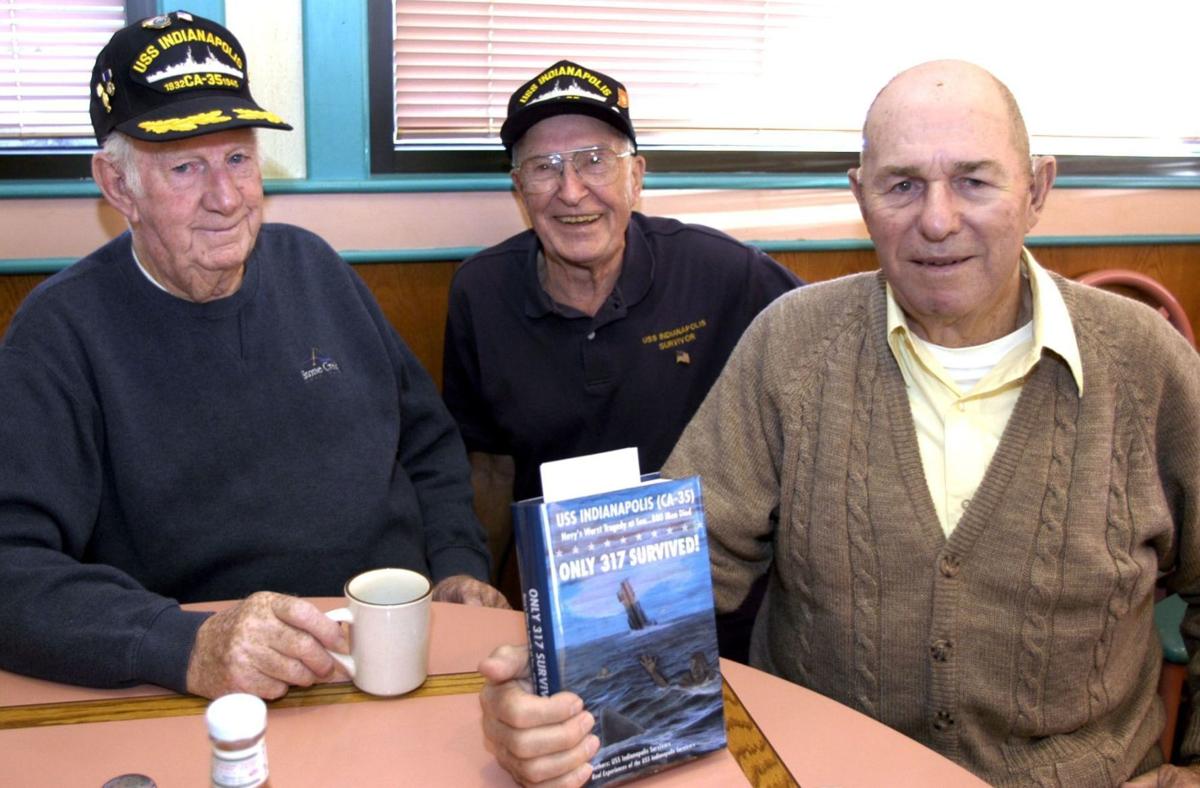 Left to right, Don McCall, 86, of Champaign, Art Leenerman, 86, of Mahomet, and Earl Riggins, 86, of Oakland, discuss their shared experience as survivors of the USS Indianapolis in this 2004 photo. 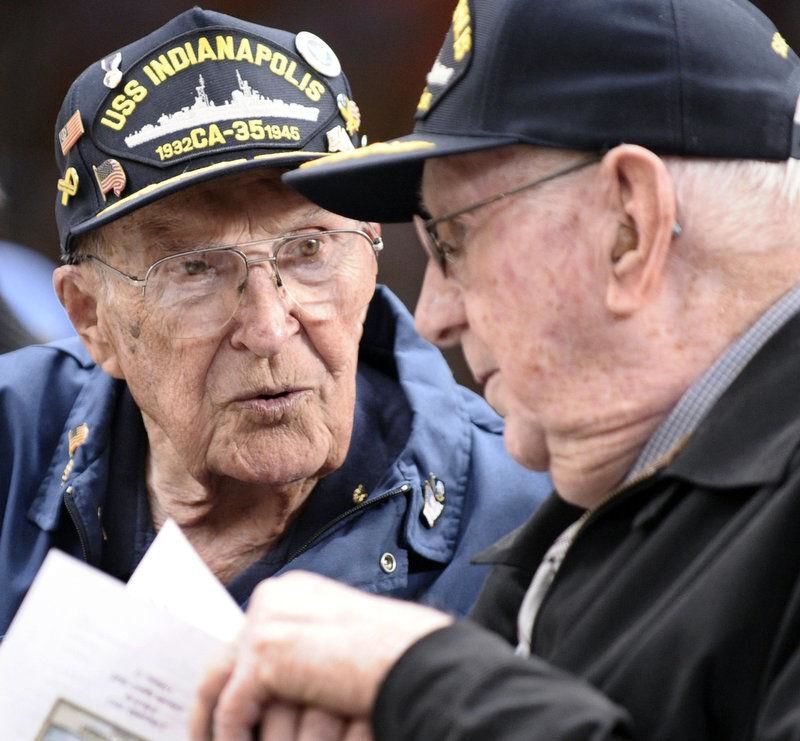 Art Leenerman and Don McCall chat while the wait for the start of the Annual Pearl Harbor Remembrance Ceremony in Urbana in a 2012 photo. 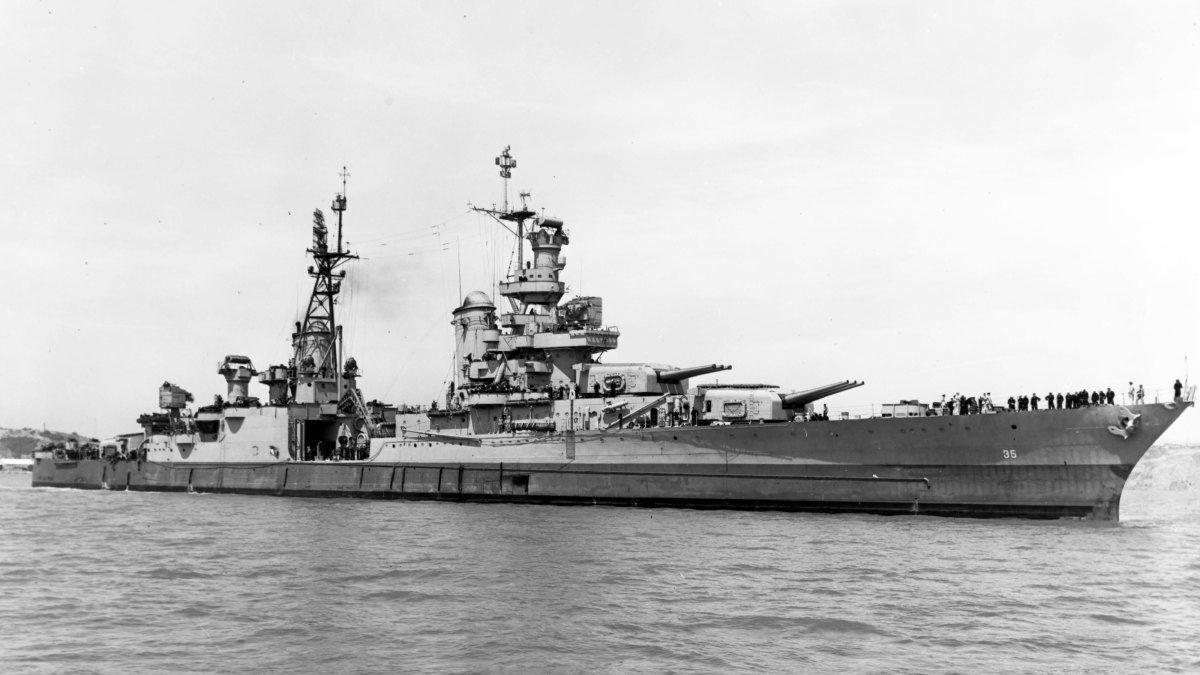 INDIANAPOLIS — Seventy-five years to the day of the worst at-sea disaster in U.S. Naval history, the crew of the USS Indianapolis will receive the Congressional Gold Medal for its service to its country.

The medal will be presented in a virtual ceremony at 10 a.m. Thursday that can be viewed online at ussindianapolis.com.

The ceremony, expected to last about an hour, is being orchestrated by the office of U.S. Speaker of the House Nancy Pelosi and will feature her, other members of Congress and the secretary of the Navy.

“The volunteers, families and friends of survivors have been working with Congress for a long time educating them about the Indianapolis history and encouraging them to consider a Congressional Gold Medal to honor the whole crew of 1,195,” said Peggy Campo of Urbana, longtime secretary of the USS Indianapolis Survivors Organization.

Her father, Don McCall of Champaign, who died in 2017, was one of 316 men who survived the sinking of the ship that had just delivered components for the atomic bomb that would bring a swift end to World War II.

About midnight on July 30, 1945, two torpedoes from a Japanese submarine brought the heavy cruiser down in 12 minutes in the Philippine Sea.

Its remains were discovered there in August 2017, four miles below the surface on one of the deepest ocean floors on earth.

The majority of the men perished that night. The others floated — injured, burned, dehydrated, delirious and hungry — in shark-infested waters for some 60 hours before being spotted.

Eight of those 316 rescued men are still living. They range in age from 93 to 96. Two died in June, Campo said.

“It’s sad to lose them right before this medal was awarded,” she said. “It’s really an important story. It’s just one part of World War II history.”

But for COVID-19, the USS Indianapolis Survivors Organization would have been heralding that story again this past weekend.

For 60 years, the survivors, later joined by families of those lost at sea, have held annual reunions around the anniversary of the ship’s sinking in Indiana’s capital city.

“We had planned to award it at the reunion in Indianapolis this past weekend. We just couldn’t do it that way for the safety of the survivors,” she said.

The organization decided the entire reunion, which attracts a loyal following mostly of family members and history buffs, would be done virtually Thursday through Saturday.

“It’s like creating the wheel,” said Campo, whose family has been actively involved in the reunions for most of the years they have been held.

There are 120 members of the USS Indianapolis CA-35 Legacy Organization — formed to continue to spread the story of the sunken ship — but “thousands and thousands of family members of the original 1,195-man crew,” Campo said.

“After 75 years from this horrible incident, we are still honoring their story: the crew who died, the crew who survived, and the families who are still engaged in this organization,” she said.

Congress has conferred gold medals since the American Revolution to express appreciation for distinguished contributions. This creation of this medal has been in the works since January 2019, Campo said.

“It took more than a year to get it designed. It was a very complex and well-orchestrated process. We offered input on the story, we got to meet with the staff from the Mint, and we got 22 images to review: 11 obverse and 11 reverse images. We reviewed them and gave feedback,” she said.

Those involved in that review from the survivors’ perspective included Harold Bray, chairman of the survivors organization and the youngest living survivor; Navy Capt. William Toti from the nuclear submarine USS Indianapolis; Sara Vladic, historian and author of “Indianapolis”, a New York Times bestseller about the ship’s sinking and the 50-year fight to exonerate the ship’s court-martialed captain, Charles McVay; Campo; and staff from the Naval History and Heritage Command.

Campo said the group is “very excited” about the design of the medal, details of which remain under wraps until Thursday. The good news is that once the pandemic is under control, the public will be able to see the medal up close.

“It is an actual gold medal. It will be on display permanently at the Indiana War Memorial in downtown Indianapolis. They have a USS Indy gallery within the museum,” she said. However, the memorial is currently closed to the public because of COVID-19.

“I am sad that my dad isn’t here to see the medal presented. But I know he would be proud that I continue to honor his shipmates through my work with the survivors organization,” Campo said. “The crew of the USS Indianapolis played a critical role in our nation’s history. Their service and sacrifice should not be forgotten.”