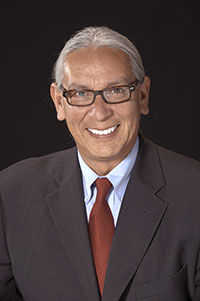 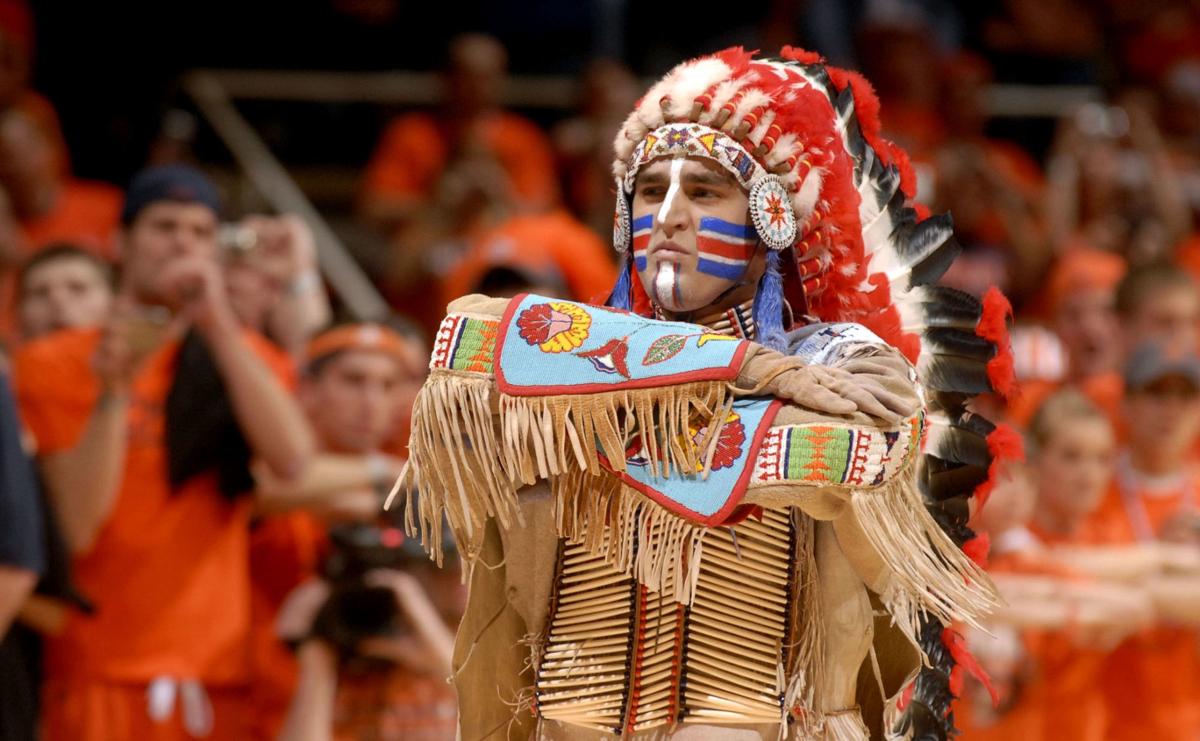 CHAMPAIGN — Next week's "critical conversation" about the Chief Illiniwek controversy and Native American imagery will feature a former Chief portrayer and the director of the Smithsonian's National Museum of the American Indian.

The two speakers will be Dan Maloney, a UI alumnus who gave the Chief's final performance in 2007, and Kevin Gover, a Native American attorney who worked as assistant secretary for Indian Affairs and in private practice before taking over the museum that same year.

The event — for which advance registration is required — is scheduled for 3 to 5 p.m. April 10 at the Student Dining and Residential Programs Building in Ikenberry Commons, and it may be the first of several on the topic.

Chancellor Robert Jones discussed the details Monday in advance of a general announcement today, after sending out a few targeted invitations to those active on both sides of the Chief issue.

The goal is to focus on how the university can move forward from the controversy, said Jones, who, like his predecessors, has made clear that the campus has no interest in bringing back the Chief.

Jones said he understands the "very deep sense of loss for those who supported the Chief," and the deep belief on the opposing side that it's inappropriate for Native American people to be represented as part of an athletic program.

"To be clear, we know there's no short-term solution, but we're absolutely convinced that the only path forward ... is having a conversation, a gathering of folks who are willing to learn from the past and hear a bit about both perspectives, coming together to really map a path forward for the benefit of this university," Jones said.

The event won't have an "open mike" format. The UI has had a "venting session" in the past, and "then everybody went away and nothing happened," said campus spokeswoman Robin Kaler.

Rather, it will begin with presentations by the two speakers, who have different perspectives on the issue of Native American imagery in society and on campus, Jones said.

The audience will then break into small working groups with facilitators, "so we might come away with some sense of reasonable strategies where as a university, we can deal much more effectively with this issue," Jones said.

"We're mainly looking at folks to come together, regardless of which side it is you might fall on, to try to find a collective path for the benefit of this university," he said.

The event is free, but seating is limited to 180 people. Those interested can sign up at forms.illinois.edu/sec/134131. The registration deadline is Wednesday.

Initially, the event was also to include another Native American speaker, Eric Jolley, president and CEO of the Saint Paul and Minnesota Community Foundations, but he won't be taking part, Kaler said. She said the format is one used by Jones when he was president of the State University of New York at Albany.

"You have a smaller meeting, you try to reach out to stakeholders and get as many of them as you can to come," Kaler said. "They're actually sitting at round tables where they can talk to each other."

After the speakers' presentations, each table is given specific questions to discuss, and at the end will provide some kind of response or report that can guide the campus going forward, Kaler said. Those questions are still being determined, she said.

"This is not a debate of, 'Do we bring the Chief back.' This is, 'The Chief is gone; how do we move forward together?'" Kaler said. "The chancellor feels very strongly that we're probably going to have to have lots of these, because they're so small, to get lots of people involved."

She said the campus reached out to specific groups who had asked to be included in the conversation, such as the campus Academic Senate, which has long opposed the Chief. Organizers also invited the Council of Chiefs and other groups that have pushed the campus to honor the Chief's history with the university in some way, if not bring back some semblance of the Chief.

Jones said the Chief controversy has been a source of tension and division for decades, particularly since the university retired it in 2007.

"There's hardly a gathering where this doesn't come up as part of the conversation," Jones told faculty members Monday. "Unfortunately for this university, it has become a very divisive issue."

He said there are no guarantees this event will be effective, but "all we can do is try."

"We're at least trying to provide a forum in which we can have some meaningful conversations and dialogue about a mutual and collective path forward — because we have to move beyond where we've been for the last decade or so," he said.

Gover, a member of the Pawnee Tribe of Oklahoma, was assistant secretary for Indian Affairs for the Department of the Interior from 1997 to 2000 under President Bill Clinton, according to his Smithsonian biography. In that role, he won praise for rebuilding Indian schools and also apologized to Native American people for the historical conduct of the Bureau of Indian Affairs.

He later practiced law at Steptoe & Johnson in Washington, D.C., and joined the faculty at the Sandra Day O'Connor College of Law at Arizona State University. He received his bachelor's degree in public and international affairs from the Woodrow Wilson School at Princeton University and his law degree from the University of New Mexico.

Maloney performed the Chief's last dance at the Feb. 21, 2007, Illini men's basketball game and continued unofficially in that role in 2008, giving speeches and presentations. Maloney and other alumni who portrayed the Chief have continued to appoint an unofficial Chief who sometimes shows up at UI athletic events, a source of ongoing controversy.

Maloney is now a financial adviser at Edward Jones in Indianapolis.

Trustees ended the 80-year tradition to comply with NCAA policies against "hostile and abusive" racial or ethnic mascots, which would have prevented the UI from hosting NCAA championship events.