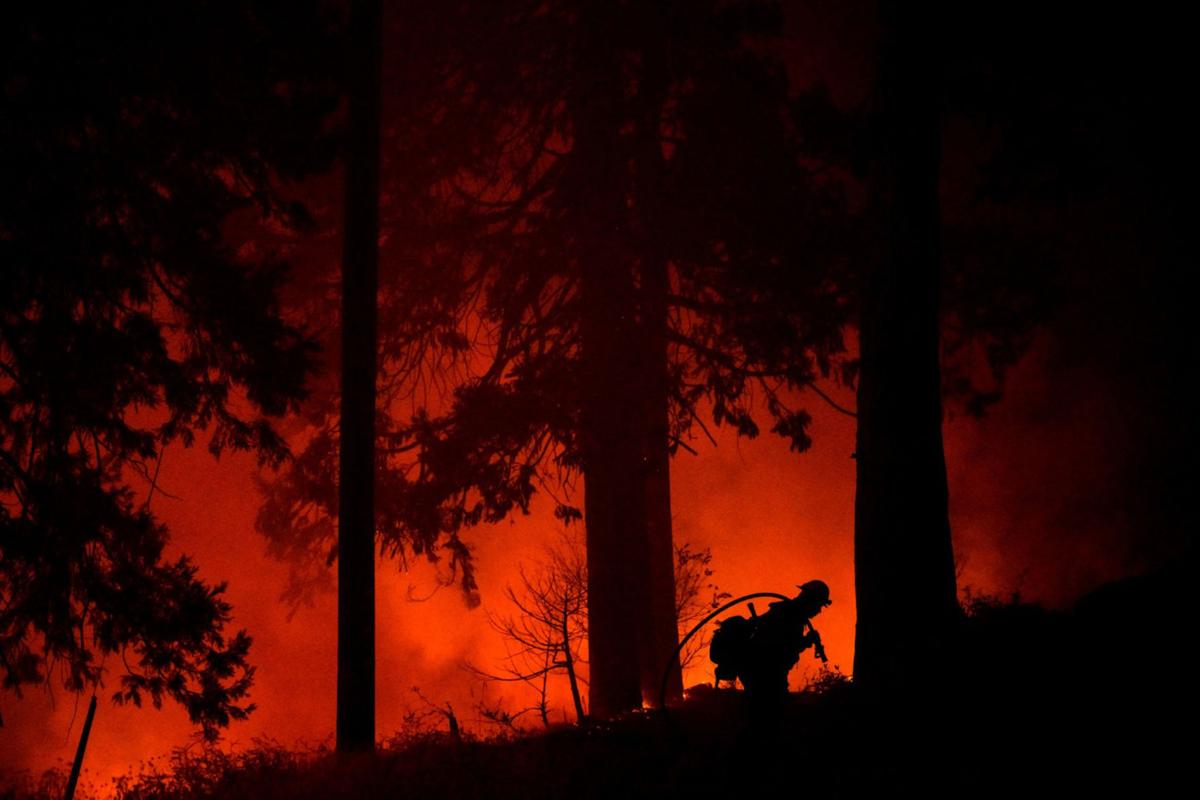 A crew battles a wildfire as it approaches the Southern California Edison Big Creek Hydroelectric Plant in Big Creek, Calif., earlier this month. 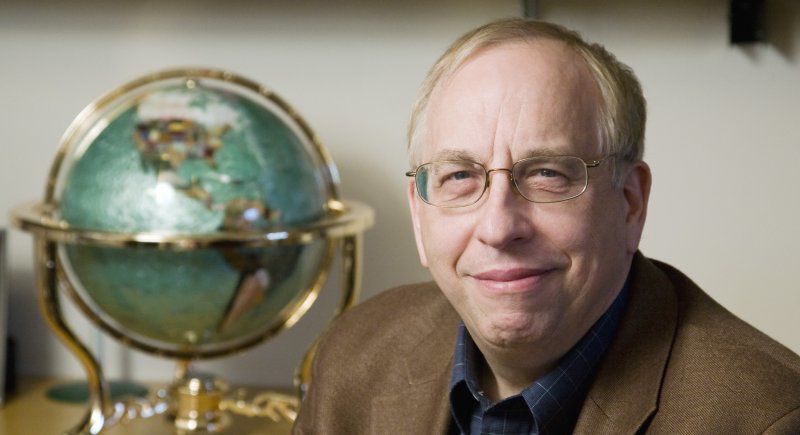 Extreme events are not normal — they are by definition extreme. But almost daily these days, we are hearing about some type of extreme events related to weather and the changing climate.

— Right now, record wildfires are occurring in California, Oregon and Washington. Just a few years ago, they were also occurring in other states, like Montana and Florida. Other countries, like Australia, also face major increases in the intensity and severity of wildfires.

— Record heatwaves have also been affecting the western states in recent weeks, and other parts of the country have also seen more major heatwaves than in the past.

— Drought has been having major impacts, especially in the western states.

— In the Midwest, the increasing intensity of severe rainfall, especially in spring, has led to flooding, not only of farmland but also of major infrastructure.

— Intense hurricanes have been devastating our southern and eastern coastlines in recent years. Recently, Hurricane Laura went from a category 1 to a category 4 storm in a single day before it hit Louisiana and Texas.

Humans have long witnessed natural disasters, but now we are seeing an increasing intensity of such events. What were once very rare events are now becoming more common. The science shows that these increases in unnatural disasters are happening because of our changing climate.

‘Heavy rains are getting heavier’

Climate change has increased the frequency, size and duration of extreme heat events. Multi-day heat waves are occurring about three times more often now than they did 50 years ago.

Drought risk is increasing across many parts of the United States, especially the western states, as rising temperatures accelerate evaporation, increase water uptake by heat-parched plants, and reduce the amount of winter snowpack available to refresh regions during dry summer months.

Increasing temperatures, more extreme heatwaves, increasing drought and resulting increasing distress on vegetation, allowing for bark beetle and other infestations, are all significant contributors to the increasing size and intensity of and damage from U.S. wildfires.

When it does rain or snow, it is more likely to be a larger event than in the past. A growing percentage of U.S. precipitation now comes in the form of extreme events, with human-caused climate change directly responsible for much of this increase.

Basically, heavy rains are getting heavier. Climate change-related increases in heavy rain intensity and frequency, and the lingering persistence of these weather events over affected areas, have exacerbated flooding across the United States, especially in the Midwest, increasing the number of cities and expanses of land now at high risk.

Evidence continues to mount that human-induced climate change is causing hurricanes to grow stronger and more destructive. Hurricanes are producing heavier rain, their storm surges are riding atop higher sea levels, and, in some cases, they are lingering longer over land, causing increased flooding and infrastructure destruction.

‘Wildfires can create their own weather’

Let’s look at just one of these types of unnatural disasters — wildfires — in more detail.

In the western U.S., climate change caused more than half the increase in forest fuel aridity (how dry and flammable vegetation is) since the 1970s and has approximately doubled the cumulative area burned in forest fires since 1984. Climate change-related declines in western spring snowpack, and increased evaporation from higher temperatures, have in the decades since the early 1980s reduced moisture and contributed to a marked increase in the frequency of large fires and the total area burned.

Over the last 50 years, there was an eight-fold increase in the annual area burned in California’s summertime forest fires. The evidence indicates that this dramatic increase was caused primarily by unusually dry air linked to climate change.

Recent analyses show that intense wildfires can create their own weather — storms that lead to more lightning and more wildfires. These trends are very likely to increase into the future, with science projections suggesting even more dangerous weather conditions for wildfires over the coming decades.

The science tells us that climate change is a very real and an alarming issue that all Americans, and all people around the world, should be concerned about. The findings from the science may be alarming, but that doesn’t mean scientists studying this issue are alarmists. Rather, the science tells us there is an urgent need to determine the right responses.

‘No debate in the science community’

Many thousands of observational-based studies have documented the increasing surface, atmospheric and oceanic temperatures on climate time scales. These observations also show many other aspects of a changing climate — e.g., that the vast majority of glaciers, including much of Greenland and Antarctica, are melting, snow cover is diminishing, sea ice is shrinking, sea levels are rising, our oceans are acidifying, and that water vapor in the atmosphere is increasing. (Basic physics tells us that a warmer atmosphere can hold more water vapor.)

An examination of the peer-reviewed science shows that there is essentially no debate in the science community — this understanding is based on an extensive number of measurements and associated analyses using many different research tools.

A recent study by 11 U.S., U.K. and Canadian scientists used satellite observational datasets along with detection and attribution techniques, termed “fingerprinting,” to show that the connection between climate change and human activities is known to over 99.999 percent. (In other words, the likelihood that changes in climate are not due to human activities is less than one in a million.)

We need to stop acting as if climate change is a political issue. This is an important issue that is affecting all Americans.

The real debate should be how we find the right solutions to climate change and make sure we leave a legacy of hope for the future to our children and grandchildren.

Don Wuebbles is the Harry E. Preble Professor of Atmospheric Science at the University of Illinois.