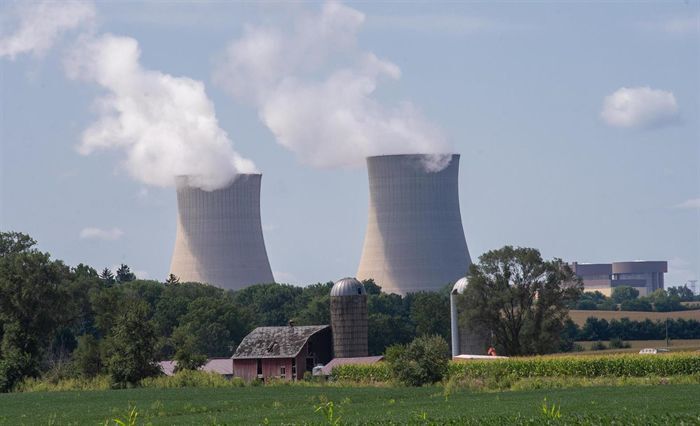 ABOVE: Pictured is Exelon’s Byron Generating Station in Ogle County. Lawmakers are considering a legislative package that would give the company hundreds of millions of dollars in subsidies, although final language has not yet been filed. BELOW: Hundreds of union workers joined a bipartisan group of lawmakers in front of the Illinois Capitol last month in support of the state’s nuclear power industry. 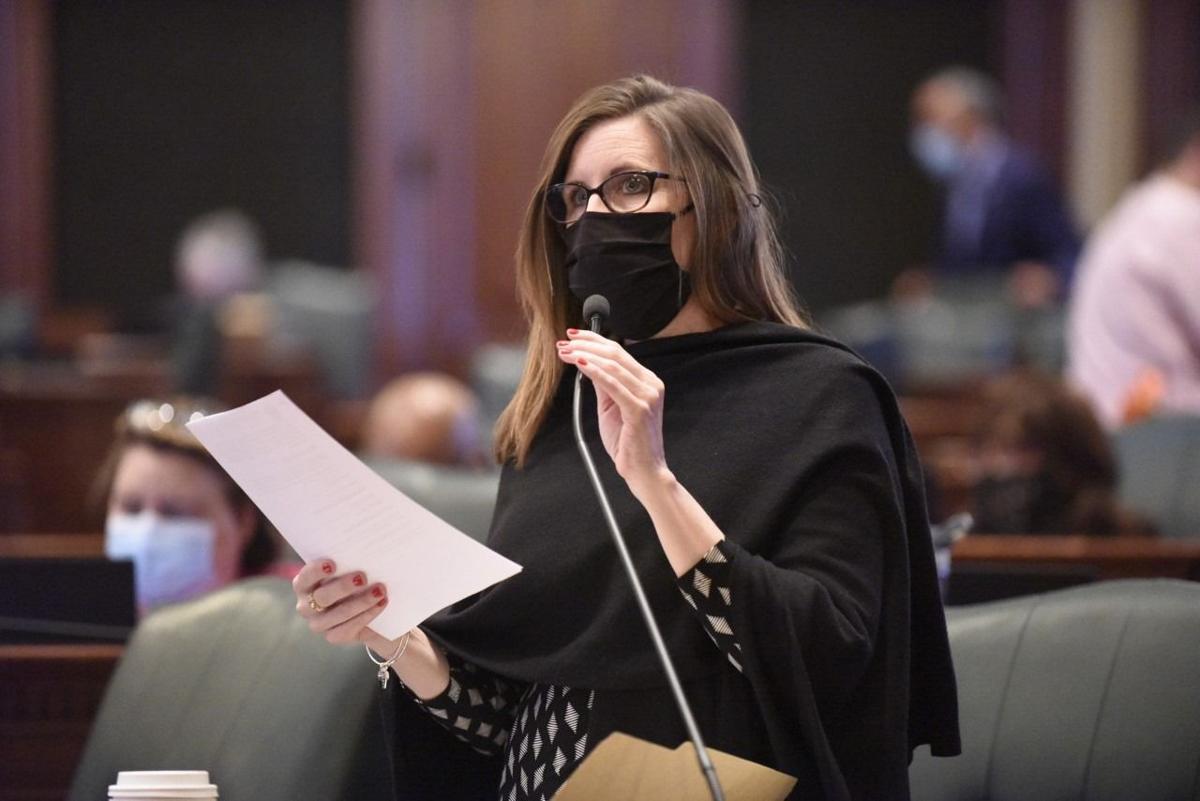 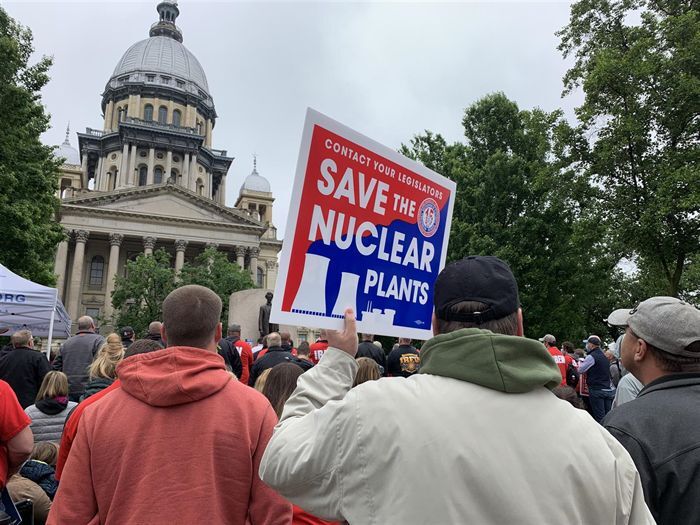 Hundreds of union workers joined a bipartisan group of lawmakers in front of the Illinois Capitol last month in support of the state’s nuclear power industry.

ABOVE: Pictured is Exelon’s Byron Generating Station in Ogle County. Lawmakers are considering a legislative package that would give the company hundreds of millions of dollars in subsidies, although final language has not yet been filed. BELOW: Hundreds of union workers joined a bipartisan group of lawmakers in front of the Illinois Capitol last month in support of the state’s nuclear power industry.

Hundreds of union workers joined a bipartisan group of lawmakers in front of the Illinois Capitol last month in support of the state’s nuclear power industry.

But several interest groups are pushing back on facets of the bill amid another frenzied push ahead of an arbitrary legislative deadline, and closed-door discussions continue on one of the marquee campaign promises of Gov. J.B. Pritzker.

According to stakeholders from those working groups, the major tenets of the legislation remain the same as they have for months — putting Illinois on a path to 40 percent renewable energy by 2030 through an increased fee on ratepayer bills; encouraging adoption of electric vehicles through rebates and incentives; and getting the state to 100 percent carbon-free energy by 2050.

While some language is still being negotiated, the governor’s proposed bill contains several ratepayer-funded subsidies for nuclear generators, renewable projects, a coal-to-solar transition and more.

That includes, but is not limited to:

The average ratepayer bill for the purposes of the estimates is based on 650 kilowatt hours of usage monthly, which would equal a bill of about $90, depending on the area of the state.

Members of the working group believe the level of subsidies, as well as the vast majority of the provisions in the two nearly-900-page draft bills, have been worked out.

But negotiations continue on a number of measures, including the planned 2035 closure date for coal plants, equity measures for the renewable energy industry and language mandating that prevailing wages be paid for labor on renewable projects.

The closure date for coal plants is the issue that derailed the bill ahead of the May 31 adjournment date of the regular legislative session.

Members of the working group said the discussions include conversations about what level of carbon sequestration — such as capturing emissions and burying them underground — would be acceptable in meeting the declining carbon caps.

Lawmakers representing the Prairie State Energy Campus in Marissa, Illinois and Springfield’s City, Water, Light and Power coal-fired plants have also pushed back on the 2035 date.

As written, the governor’s proposal would create a task force to investigate sequestration and debt financing options for Prairie State and affected municipalities which are paying off bonds for the power plants.

State Rep. Ann Williams, D-Chicago, who is a member of the working groups and a longtime champion of renewable energy efforts such as the Clean Energy Jobs Act, said in a phone call Monday that while negotiations continue on the sequestration language, she was skeptical that any sequestration method could prove 100 percent carbon free, calling it a “temporary, not permanent” solution.

Any energy package must be “a strong, climate-led bill” focused on reducing carbon emissions.

“Honestly, at some point, coal plants need to close regardless,” she said. “We don’t want to continue to mine coal, we want to use nuclear as a bridge, and then we want to get to all renewables. And there’s really no need to invest, in my opinion, millions of dollars for decades if we’re going to be wrapping up production of power through fossil fuels.”

Opponents write PritzkerBut 52 lawmakers from both chambers — including two Democrats each from the House and Senate — sent a letter to the governor over the weekend opposing the coal plant closure provision.

The measure needs 36 votes in the Senate and 71 in the House to pass. The letter was signed by 18 of the 59 state senators and 34 of the 118 state representatives.

“Combined, these two plants employ more than 1,100 workers and support an additional 1,000 skilled union tradesmen and women in good, high-paying jobs,” the lawmakers wrote. “If legislation is enacted to close these plants in 2035, before the end of their useful lives, there will be devastating consequences.”

The letter also pointed to Illinois’ geologic makeup, which allows for the storage of carbon emissions deep into underground formations.

A coalition of 20 business organizations also sent the governor a letter Monday calling the proposed language “the largest rate hike on consumers and businesses in history.”

“On several occasions we have requested economic, reliability, and rate impact studies and the raw data inputs that undergird them. Those requests have been ignored. These are landmark energy changes (that) will upend Illinois’ competitive energy marketplace,” the organizations wrote in the letter.

They urged lawmakers and the governor to slow the bill down so that a full cost analysis can be conducted and the exact language of the final bill can be analyzed.

“At minimum, we project the first installment of the cost increase on businesses and municipalities to be $700 million annually; including an additional $215 million to pay for new programs paid for by ratepayers without their input,” the groups wrote in the letter.