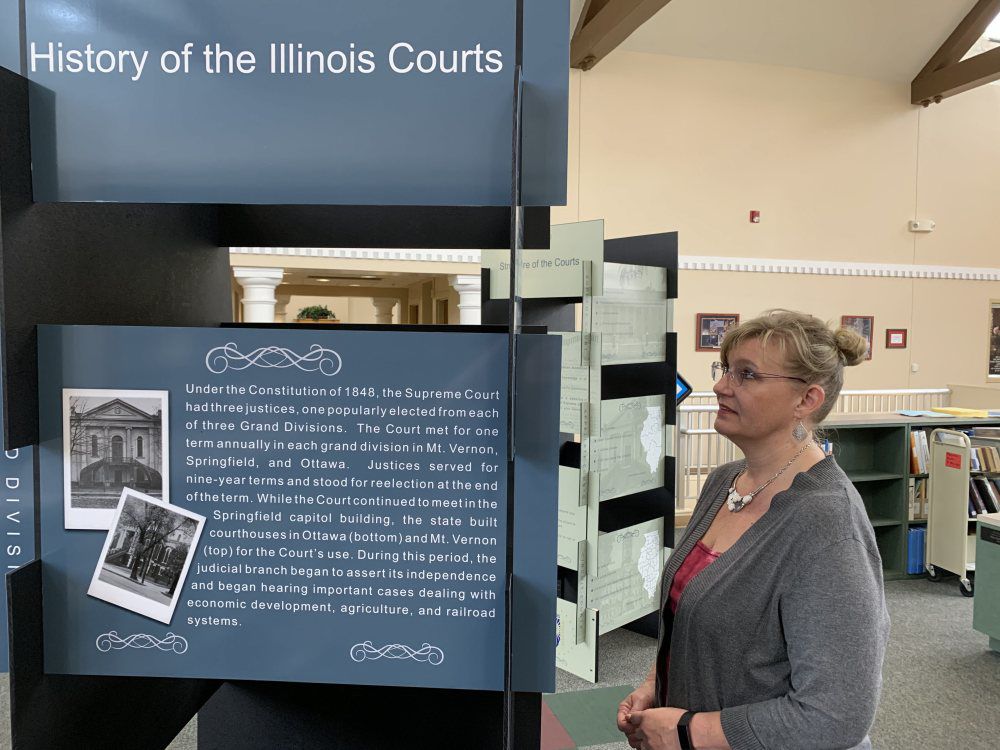 Lara Conklin, director of marketing and college relations at Danville Area Community College, looks at a display tower that's part of the Bicentennial of Illinois Law Traveling Exhibit, which will be on display at DACC's library through Sept. 27, 2019. 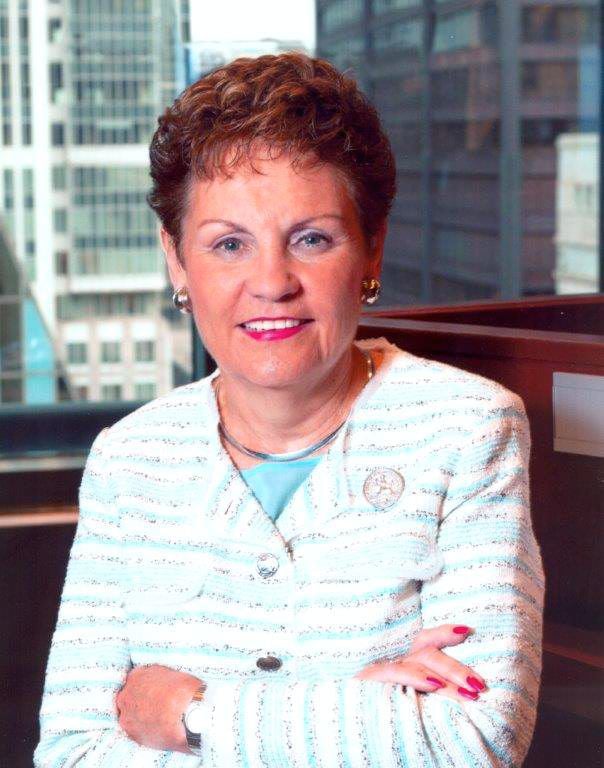 DANVILLE — Illinois Supreme Court Justice Rita Garman is scheduled to be on hand to officially open a unique exhibit on its stop in Danville.

The public is invited to view the exhibit, located in the library (Clock Tower Center), from 8 a.m. to 5 p.m. Monday through Friday through Sept. 27.

Garman — a longtime Danville resident who began her judicial career in Danville, has sat on the state’s highest court since 2001 and served as Illinois’ second female chief justice from 2013 to 2016 — will make some remarks at the opening ceremony, set for 10 a.m. Friday.

The ceremony is open to the public, and refreshments will be served.

The traveling educational exhibit is sponsored by the Illinois Supreme Court Historic Preservation Commission to commemorate 200 years of the state’s judicial branch.

It features three display towers highlighting prominent lawyers and cases, how the courts are structured and their roles and a general history of its first 200 years in existence. Cases featured include Block v. City of Chicago, which concerned the first movie censorship laws, and the lawyers include Abraham Lincoln and Ferdinand Barnett, one of the first black attorneys licensed in Illinois.

“Over the past two centuries, the judicial branch of the State of Illinois has evolved into one of the largest unified court systems in the United States,” said Chief Justice Lloyd A. Karmeier. “Although our work has had an important impact on the character and quality of life in Illinois, our contributions are little known beyond the legal community.

“I’m hopeful that this exhibition will help both students and the public at large develop a better understanding of our legal system’s rich history and the central role played by the courts in preserving the principles on which our system of government is based.”

Since the display opened, DACC officials said some students, including those in Rickey Williams Sr.’s criminal-justice class, have stopped by to view the display.