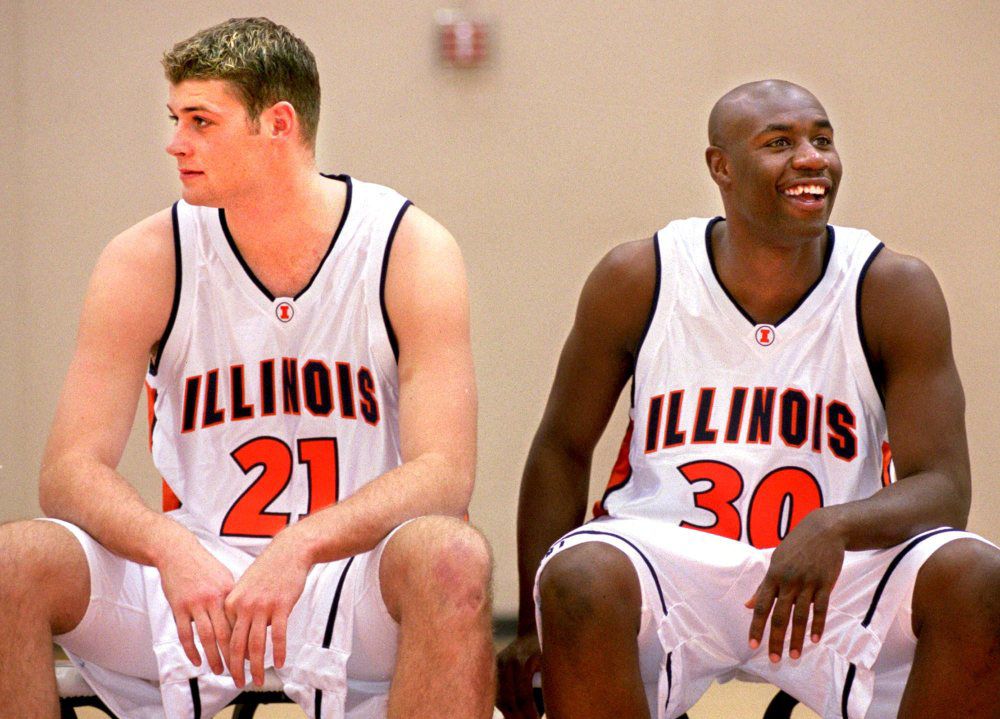 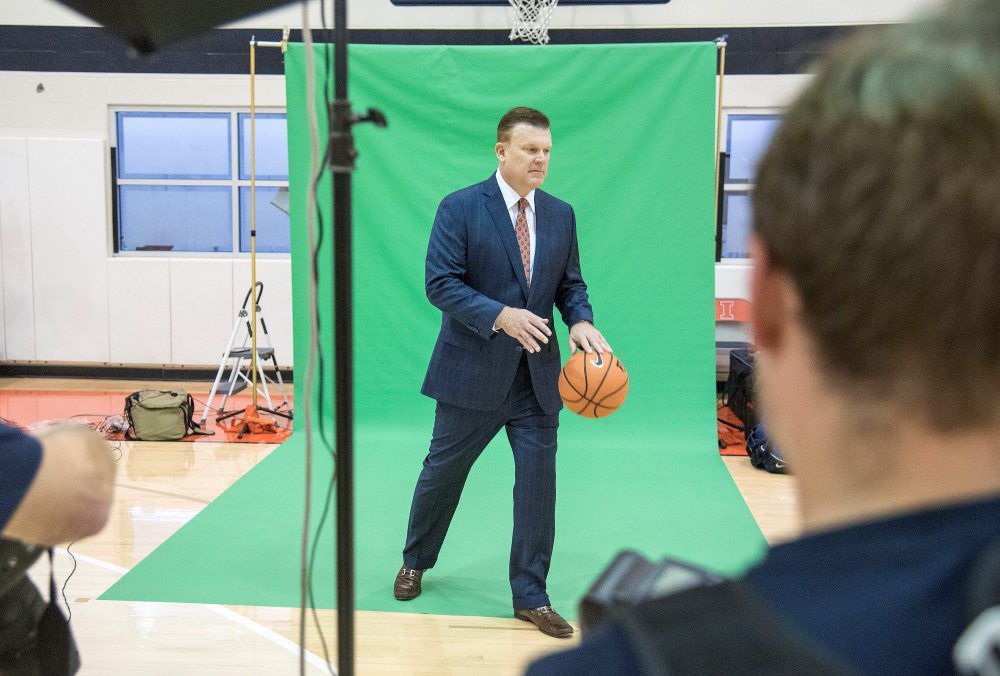 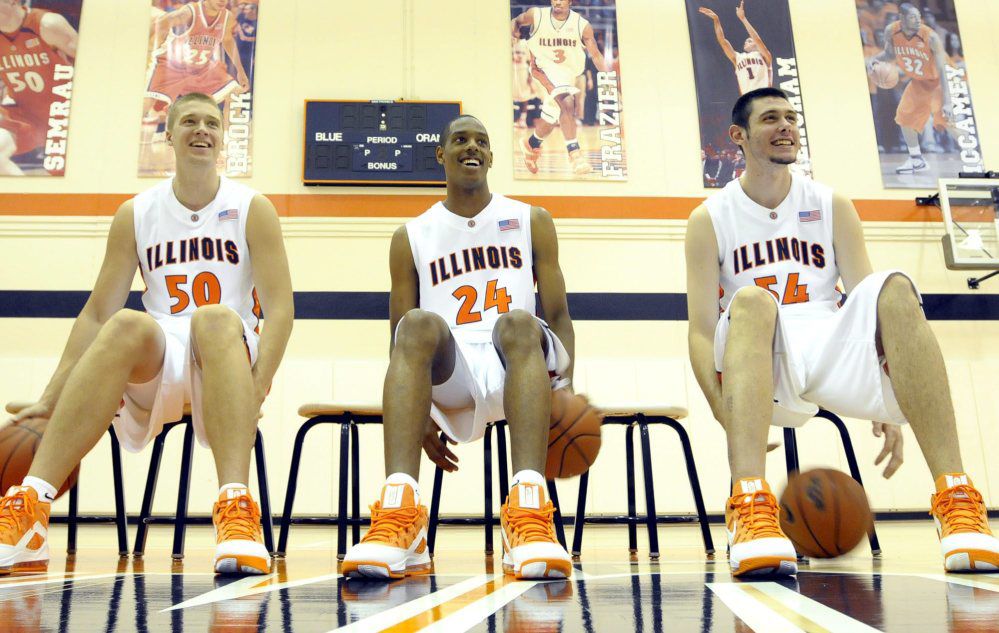 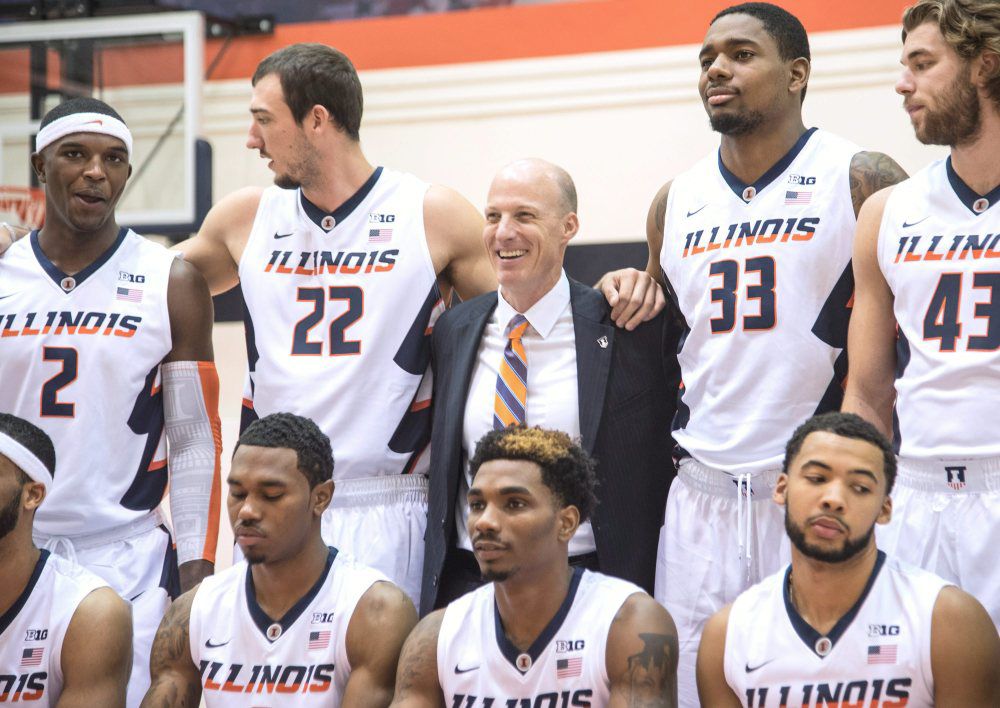 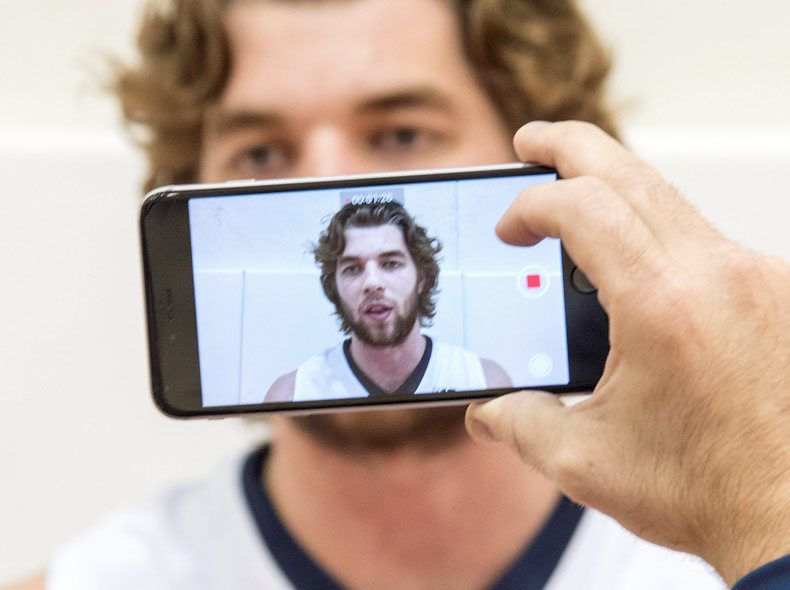 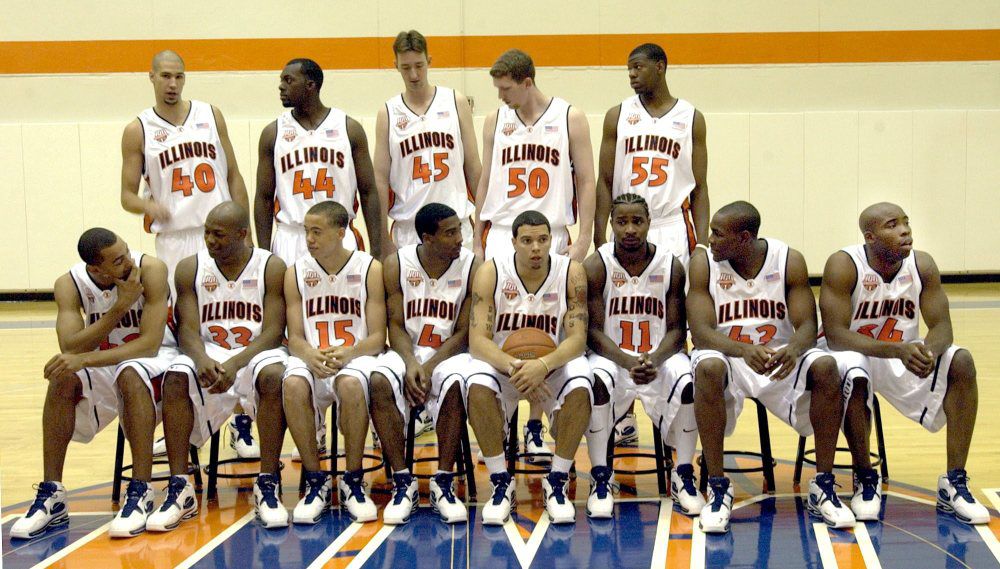 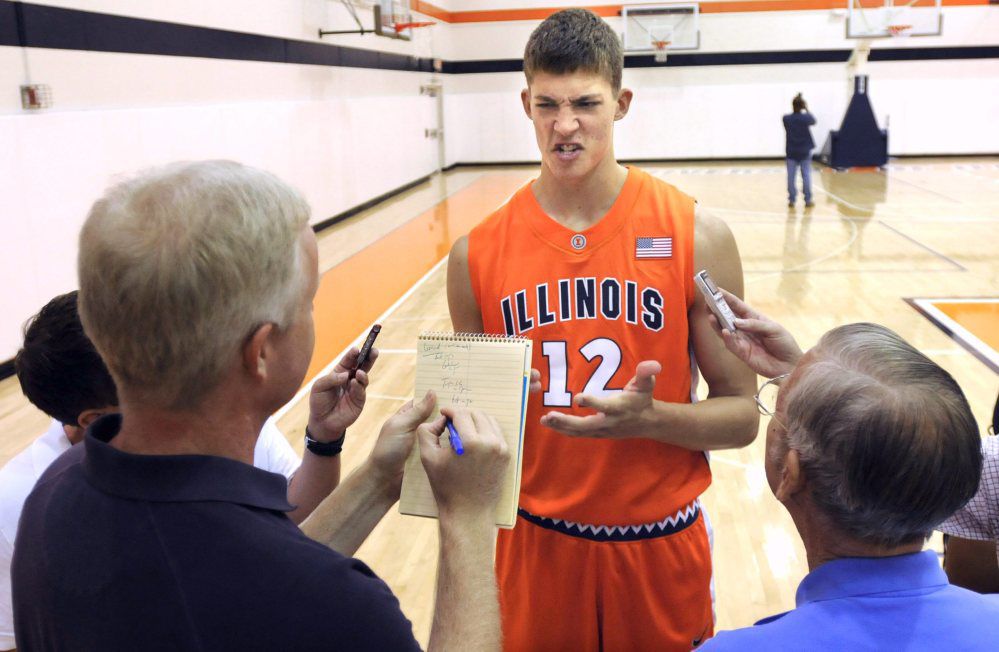 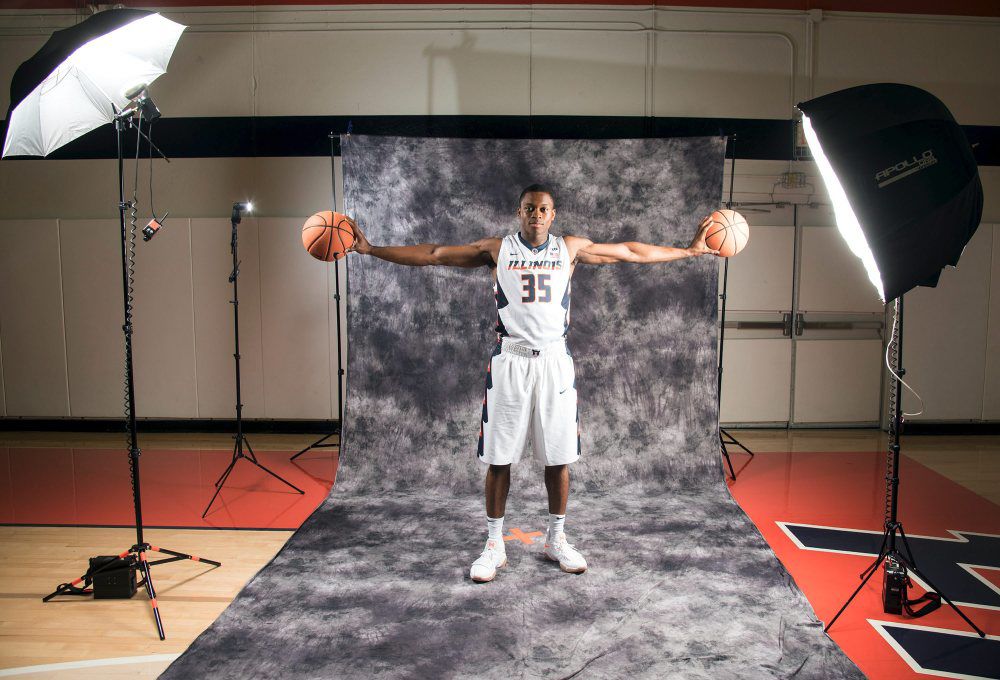 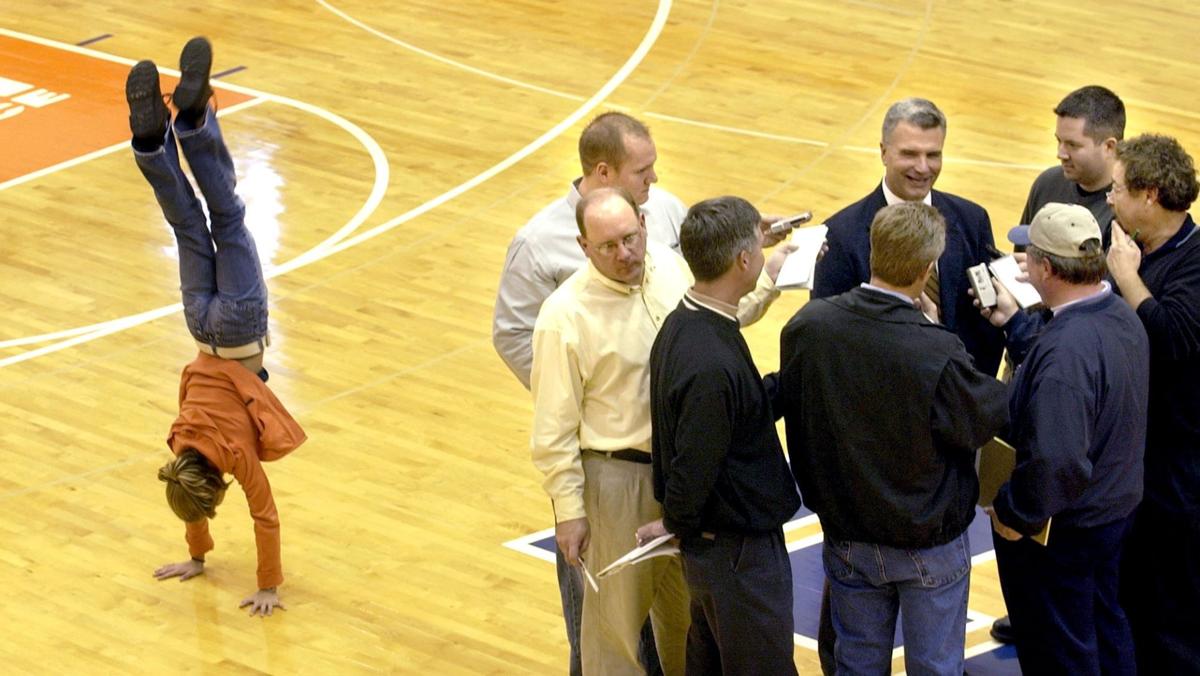 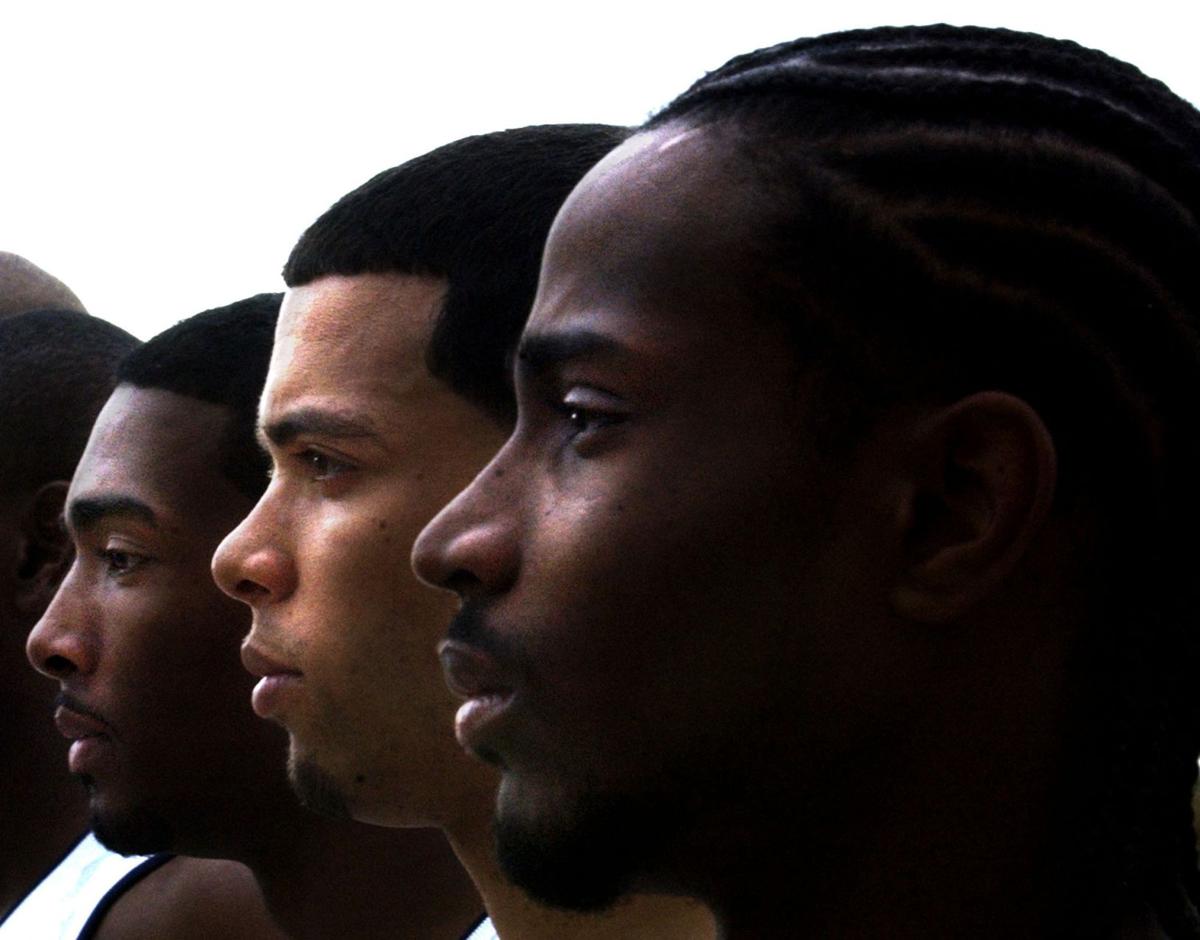 On Sundays, we’ll dip into our vast News-Gazette archives and stroll Memory Lane. Today: With Media Day for Brad Underwood’s current team on tap later this week, a look back at past photo shoots - mandatory for players and coaches alike - at Ubben Basketball Complex:

Robert Archibald, left, shared the spotlight with Frank Williams, who announced he would play the upcoming season for the UI but would not return for his senior year.

From left, Richard Semrau, Mike Davis and Mike Tisdale passed time while dribbling basketballs back and forth under their legs.

Future NBA standout Meyers Leonard had his game face on for reporters.

In what would be his final season, John Groce was all smiles for the group shot. Meanwhile, Michael Finke’s face appears on a cellphone while he is being interviewed.

Ubben takes on the look of a photo studio every Media Day, a backdrop covering a portion of the court for Samson Oladimeji’s portrait and new coach Brad Underwood’s official photo.

Good Morning, Illini Nation: The year that was Giorgi

Giorgi Bezhanishvili quickly went from little-known (and hard-to-pronounce) recruit to Big Man On Campus. We have pictures to prove it.