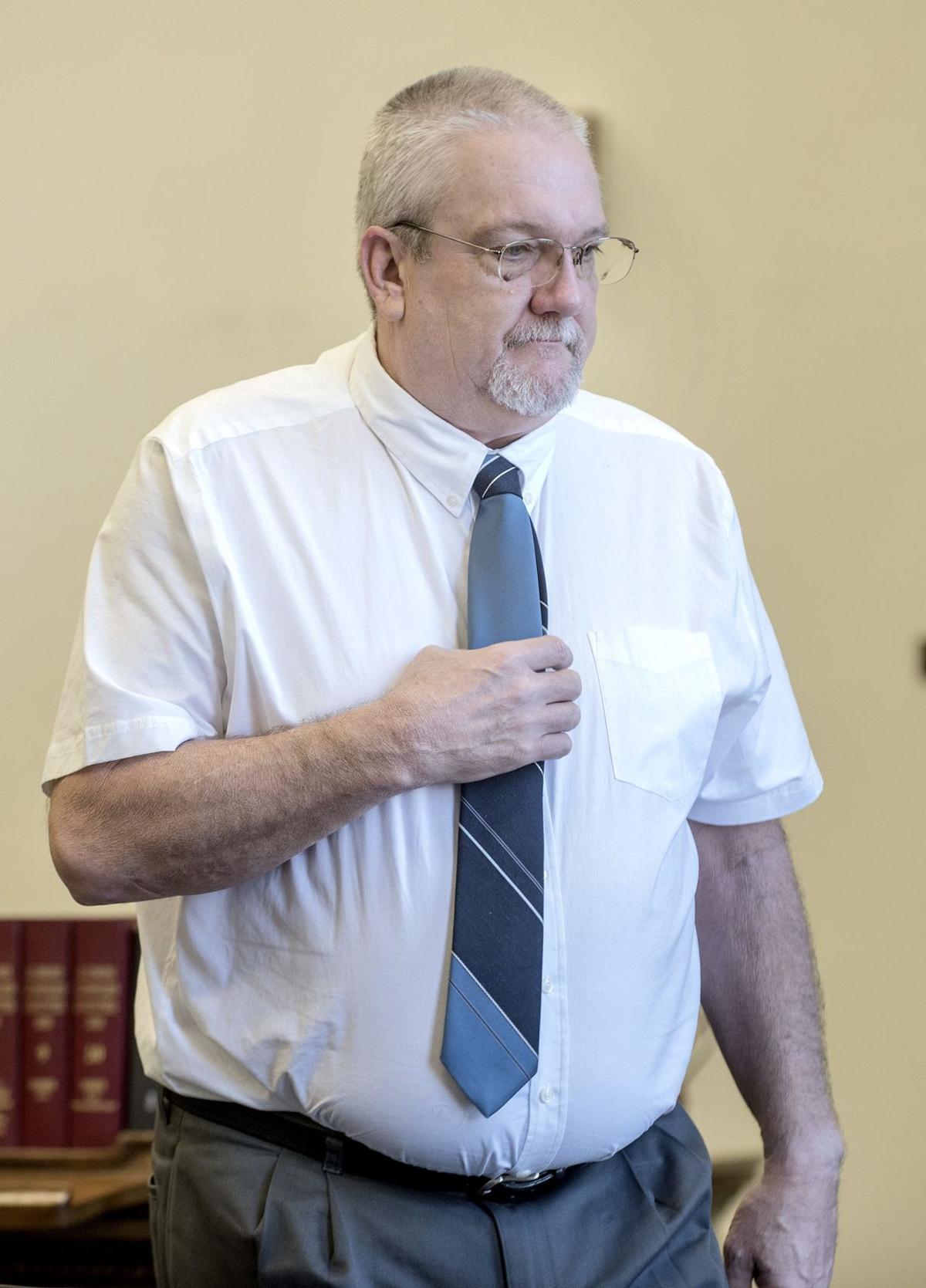 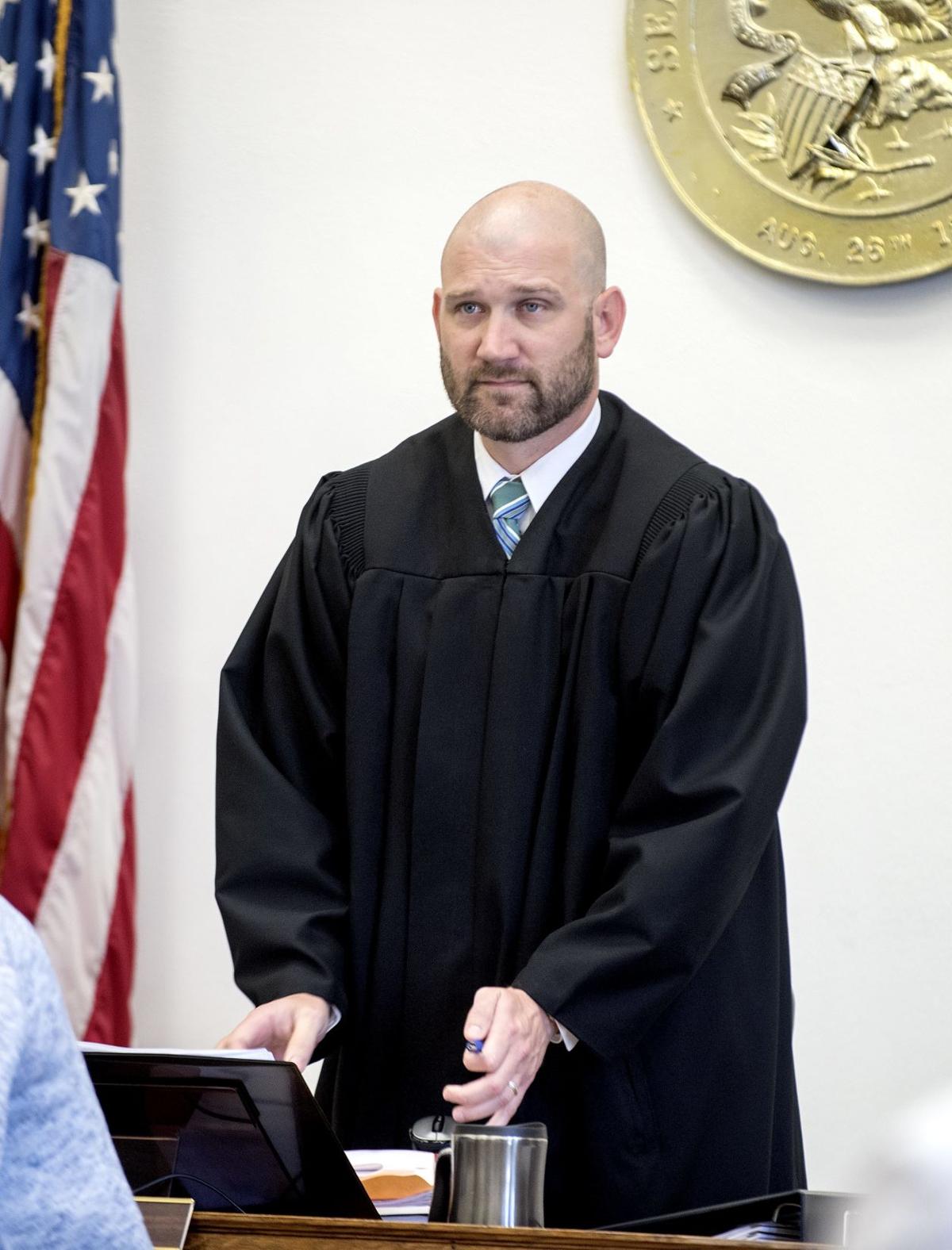 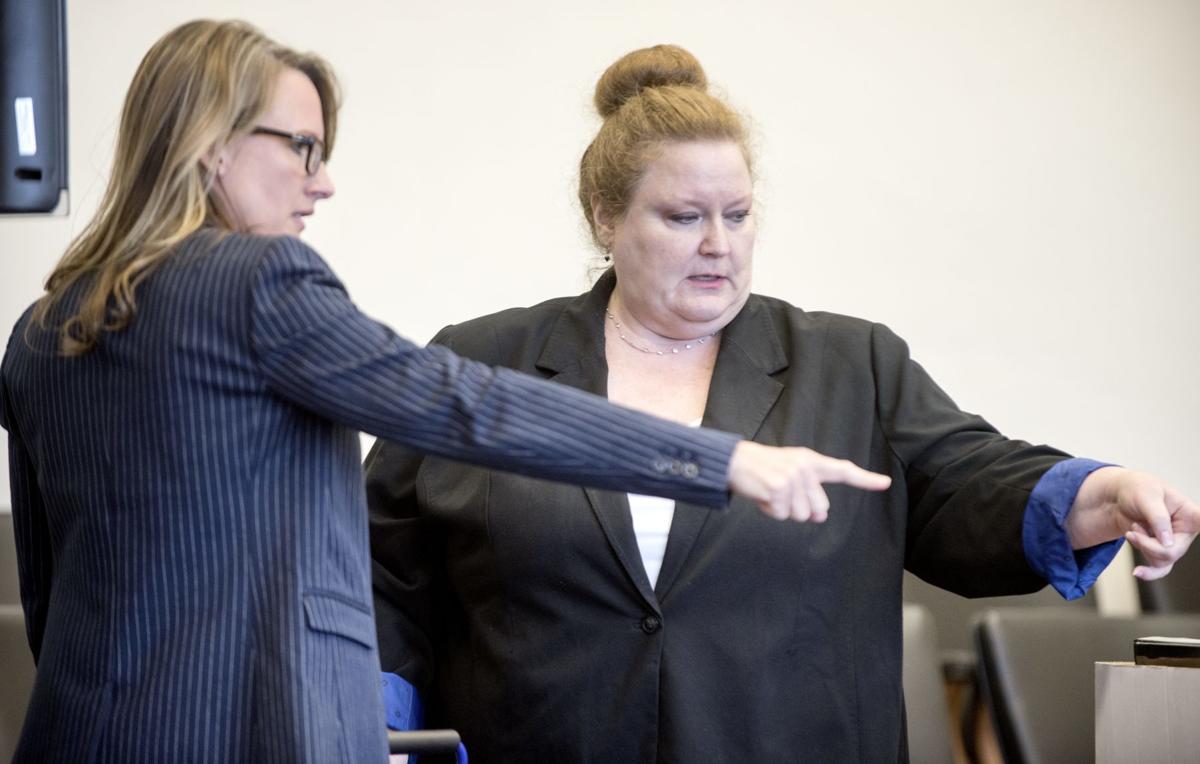 MONTICELLO — Renee Fehr cried quietly as she told a Piatt County jury Friday that there was no way her older sister would have taken her own life.

The 52-year-old Fehr was referring to the theory that her late sister, Sheryl Houser, took her own life in the garage of her home between Mahomet and Mansfield on Oct. 4, 1990.

She was found Oct. 5 lying on the floor with her left leg folded under her and the right leg bent at the knee to the side. Her shoulders and part of her torso, however, were off the ground.

A yellow nylon rope that had been looped over a metal bar placed in the attic opening of the garage was tied three times around her neck. There was a ladder nearby.

Fehr was the first of several witnesses on the second day of dramatic testimony. Questioned by Assistant Piatt County State's Attorney Elizabeth Dobson, Fehr painted a picture of her sister's life in 1990.

Sheryl Houser, then 29, was the oldest of four daughters of Victor and Phyllis Fehr, who raised them in Farmer City.

The elder Fehrs, married 60 years, also testified. Victor Fehr still farms in the Farmer City area. Phyllis Fehr is retired from nursing, the same profession her late daughter pursued. Mrs. Houser was a nurse at Carle Foundation Hospital. The elder Fehrs eventually got custody of their grandsons and raised them.

All three family members said Mrs. Houser was in the midst of a contentious divorce from her husband, to whom she had been married about seven years. The couple's boys were 6, 2 and 1 at the time.

Renee Fehr said that even though she lived in Florida in 1990, she and Mrs. Houser were in frequent contact by phone and letters. A lawyer, Fehr said she advised her sister to keep a journal of facts that might help her attorneys as she tried to win custody of her sons.

Asked by defense attorney Kevin Sanborn of Bloomington if there was a reference in Mrs. Houser's journals to an affair, she replied that there was not.

In addition to simply not believing her sister was suicidal, Fehr said before her sister was found dead that October, she had opened a credit card in her own name, laid out clothes for her son's picture day at school, bought Halloween costumes for her children and planned a Halloween party with a neighbor.

"No, she was not suicidal," Fehr said.

"There was no way," added Victor Fehr. "She wanted the boys."

Victor Fehr cried as he described the last time he saw his daughter alive. It was the night before she was discovered dead. She and her sons came to the field where he was combining so the boys could ride with him.

He asked her to spend the night at his house but she declined, saying the court had ordered her to be in the family home with the boys.

"If I'd have gotten her to stay, she'd be alive today," he said.

Son Brandon Houser, now 33, testified that his parents argued frequently close to the time of the divorce. He discovered his mother in the garage, then went back inside the house, where the phone was ringing. He said it was someone from hospital wondering why Mrs. Houser wasn't at work.

The younger Houser said growing up, he annually went deer hunting with his father. He said he saw his father dress a deer many times, using ropes and hooks to suspend it from the garage ceiling to drain the blood.

Hankel, the lead investigator, described the scene, identifying dozens of pictures taken the day Mrs. Houser was found. Her parents and sisters looked away from the monitor as many were shown to the jury.

Hankel said he interviewed Gregory Houser that afternoon, in the presence of his divorce attorney, Keith Hays. Houser told him that the night before, he had gone to a going-away party for a friend in Mansfield, then spent the night with his grandparents, going to bed about 10:30 p.m.

On the morning of Oct. 5, Gregory Houser was washing his truck at the local fire station, where he was a volunteer, when there was a page to respond to his own home.

Hankel said Houser was told by another volunteer firefighter already at the house that his wife was dead in the garage. Houser told police he did not go in at that time.

Hankel said Houser was "convinced" his wife was having an affair and that she had a drug problem, based on overdrafts in their checking account, which she managed. He also said Houser thought his wife was suffering from post-partum depression.

Hankel said he talked to several people, all of whom indicated her relationship with the man Houser thought she was having an affair with "was totally innocent."

Houser denied to Hankel having anything to do with her death and said he last saw her Sept. 24.

That was the day they were in court and she was awarded temporary custody of the children and the house after describing for a judge how Houser had sexually assaulted her there Sept. 20.

Jurors heard Mrs. Houser's account Thursday as the transcript of the hearing was read aloud for them. Judge Karle Koritz told jurors that the transcript was admitted as evidence so they could consider Mrs. Houser's "state of mind" and her husband's "motive, design and intent."

Also testifying Friday was now-retired state police crime-scene technician Jerry Pea, who described the layout of the house and the area where Mrs. Houser was found. He said there was no forced entry and no apparent sign of a struggle. Her purse was on a pool table in the recreation room, with wallet and cash intact.

He described the condition of her body and said he found a spot on the left shoulder of her nightgown that appeared to be a mixture of blood and saliva that came from her mouth.

Pea also found an unpackaged condom on the floor inside the recreation room, adjacent to the garage.

Hankel and Pea both said the pathologist who did Mrs. Houser's autopsy found a tip of a latex glove in the rope that had been tied around her neck. A piece of glove was also found on the floor near the ladder.

Pea said he wore latex gloves as he processed the scene but was certain none had torn or were otherwise damaged when he removed them.

The trial continues Monday in Monticello and is expected to take all week.