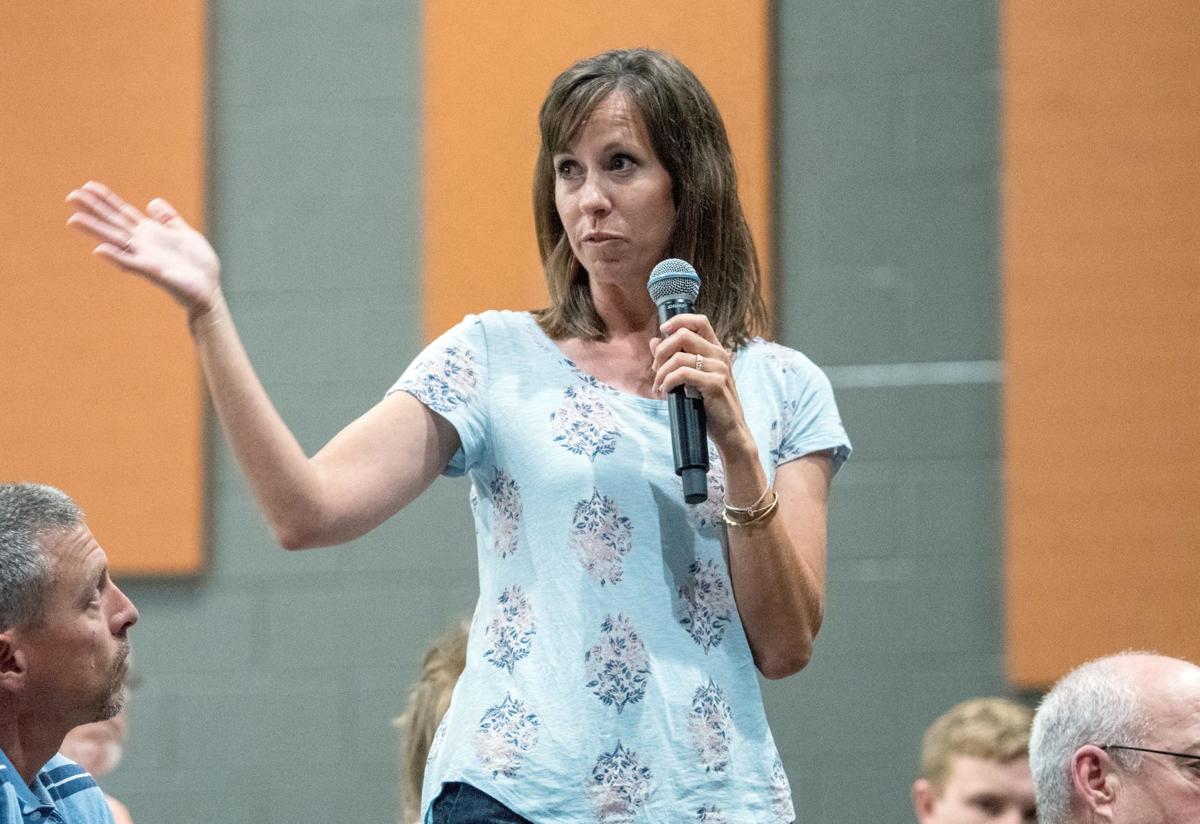 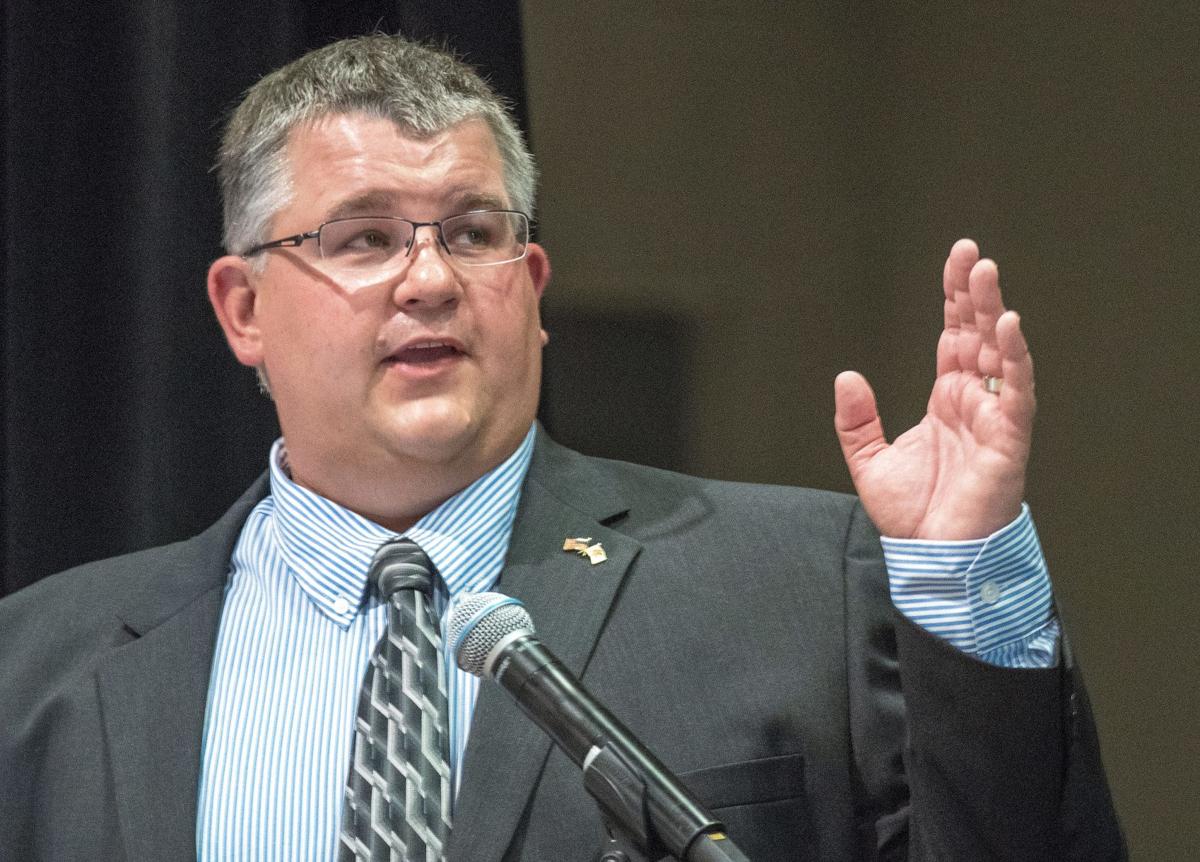 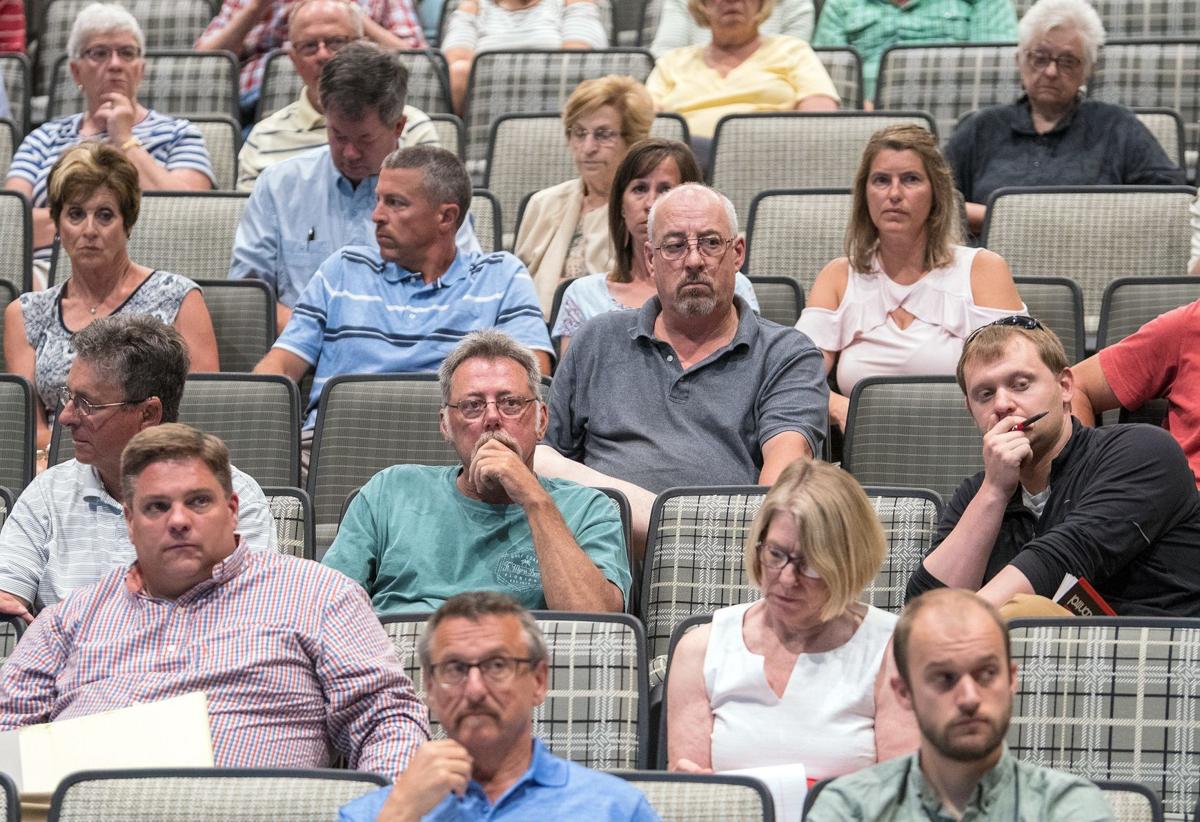 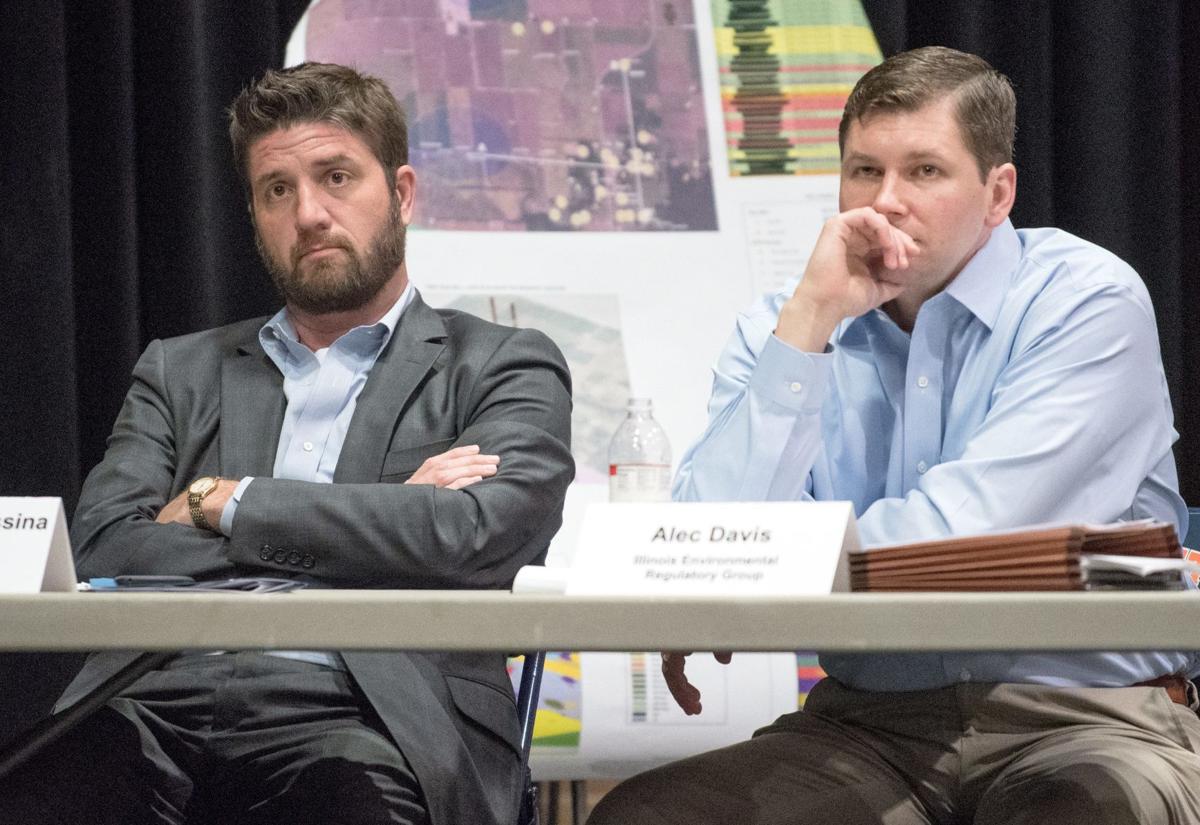 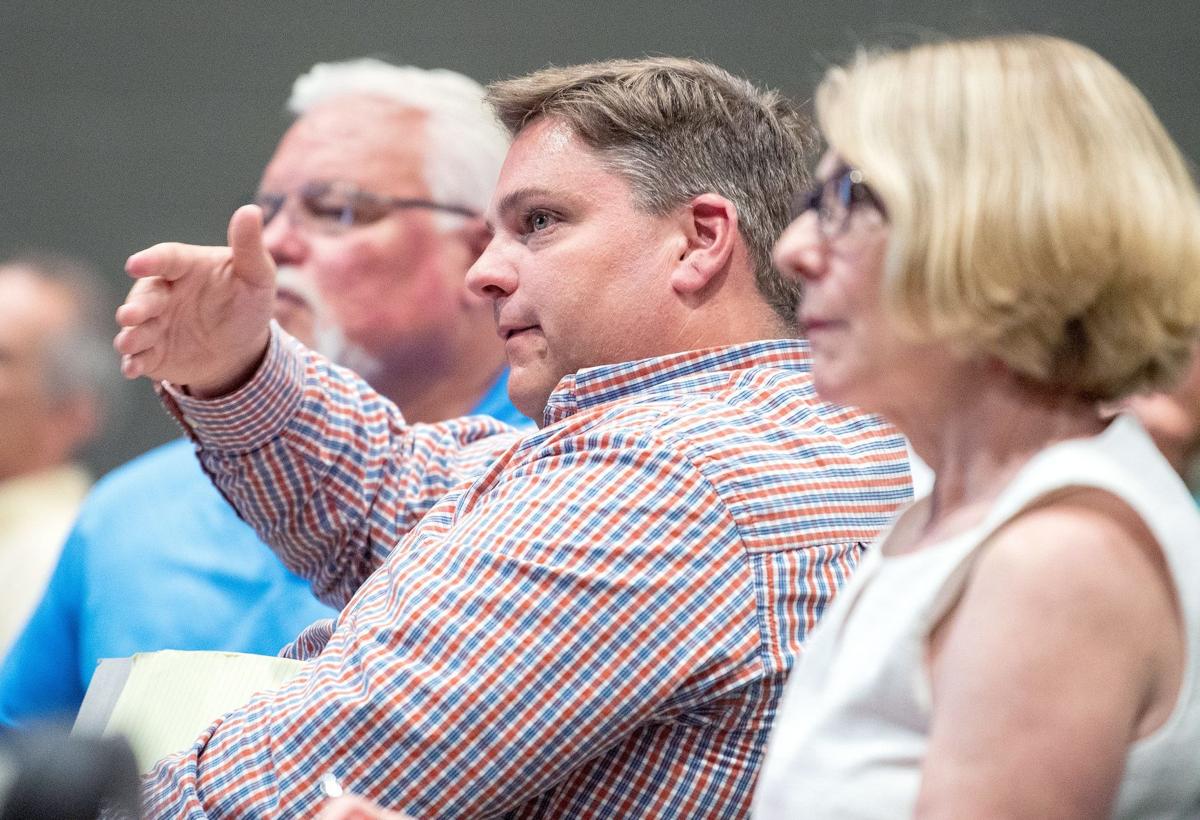 Submit your Letter to the Editor here

MAHOMET — More than a year has passed since Jodi and Derric Eisenmann discovered their well water was contaminated by a natural-gas leak from an underground storage area.

But for the Mahomet area couple, nothing has changed for the better.

"Actually, it's getting worse," Jodi Eisenmann said of the levels of natural gas in their well water at their home, about 5 miles north of Mahomet.

They get bottled water delivered every Tuesday.

Jodi Eisenmann said she believes the company responsible for their predicament, Chicago-based Peoples Gas, is not being held responsible.

"I just want to plead and beg that someone please do something," Eisenmann told Mahomet Aquifer Task Force members during a meeting Monday at Mahomet-Seymour High School's auditorium.

She was assured by members that they are committed to making recommendations that will lead to change.

At the meeting, officials with the Illinois Environmental Protection Agency and the Office of Oil and Gas Resource Management outlined their efforts on the issue, including 3-D modeling by the IEPA of below-ground areas. That will help determine where the remaining leaked gas might be trapped, so relief wells can be installed to "flare off" the gas.

But he emphasized that Illinois needs its own more stringent regulations, ones that would allow more monitoring of the state's 1,186 underground gas storage wells, bring tougher enforcement measures, lead to more personnel inspecting oil and gas wells, and provide more funding to make it all happen.

As things stand now, the maximum penalty for a violation is $1,000 a day, Mankowski explained.

"That's not a very big hammer," he said. "(The Mahomet Aquifer) is a fantastic reserve here in Illinois, and we have to protect that."

The task force of mostly local and state government officials, as well as experts from water-related organizations and agencies, is in the early stages of delivering groundwater protection recommendations to the state by year's end. But on Monday, members focused most of the meeting on the Peoples Gas situation, which began to unfold in late 2016 when some residents in the Mahomet area began noticing issues with their well water.

Since then, Peoples Gas has acknowledged the leak at a natural gas well at Manlove Field, a gas storage area 4,000 feet underground, which contaminated private water wells.

In October, the Illinois Attorney General's office responded by filing a lawsuit against Peoples Gas, and just last Wednesday, the Spiros Law Firm filed a civil suit in Champaign County Circuit Court on behalf of 17 plaintiffs from six homes, accusing Peoples Gas of negligence, consumer fraud and battery, and seeking $50,000 in damages for each of the plaintiffs, plus punitive damages.

Attorney Jim Spiros attended Monday's meeting and told the task force to question every bit of information it obtains from the company.

"Don't trust the information you are getting," he said.

Brian Manthey, director of communications for Peoples Gas, attended part of Monday's meeting. Afterward, he emphasized the company's previous statement that the levels of methane in the private wells are not a health concern and that the water is safe for drinking and everyday use for bathing and cooking.

He said the leak was discovered in late 2016 and within a month, the well was killed and the problem reported to local emergency and government agencies.

But the company's timeline is disputed by task force member and state Sen. Chapin Rose, who has been working on legislation that would require companies operating underground natural-gas storage facilities above sole-source aquifers — like the Mahomet Aquifer — to make a series of notifications to emergency agencies, the government and the public if a gas leak is detected.

Manthey said the cause of the leak was corrosion in the well casing. He said Peoples Gas was in the process of conducting comprehensive testing on and inspections of all 153 natural gas wells in the area when the leak was discovered.

The leaking well, which had not yet undergone the testing that can detect corrosion, was taken out of service. Currently, Manthey said, 83 of the 153 wells have undergone that comprehensive, detailed inspection and the rest will be done within two years.