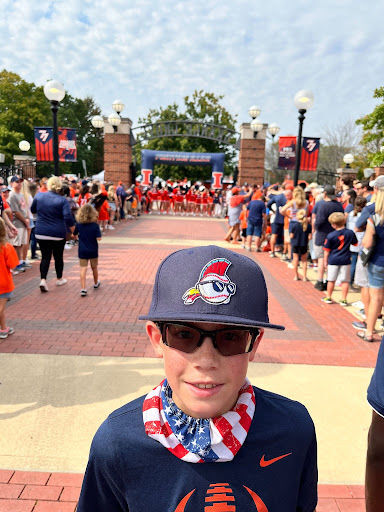 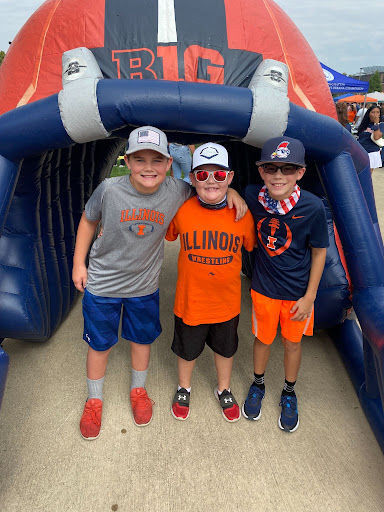 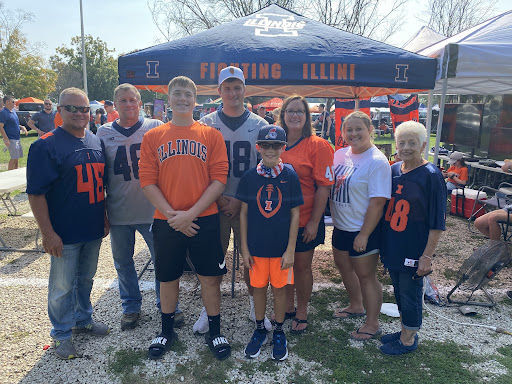 Junior Reporter Dayne White mingled with family and friends of Illini linebacker Bryce Barnes at a pregame tailgate outside Memorial Stadium on Saturday. 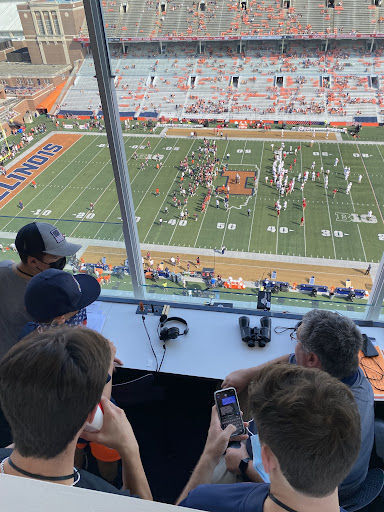 The view from the Memorial Stadium pressbox. 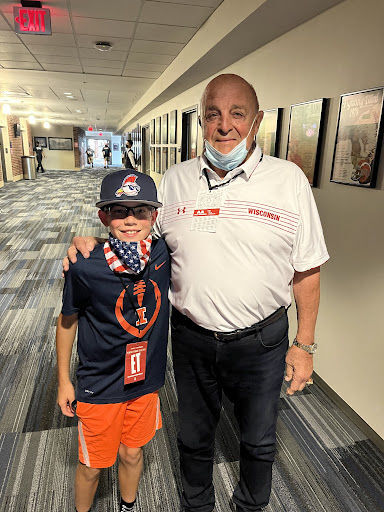 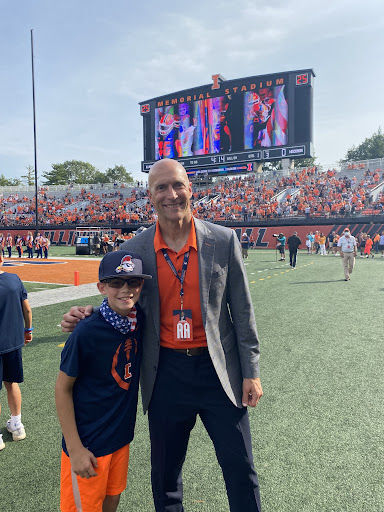 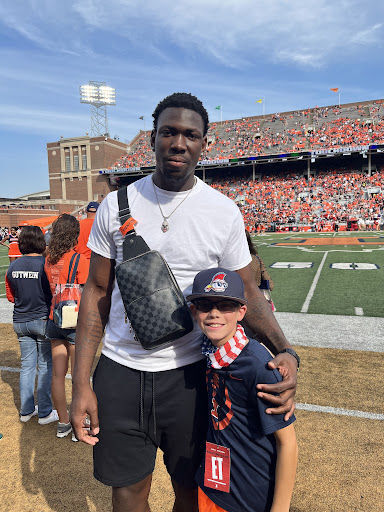 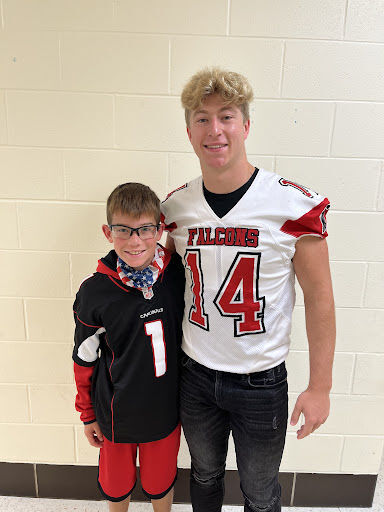 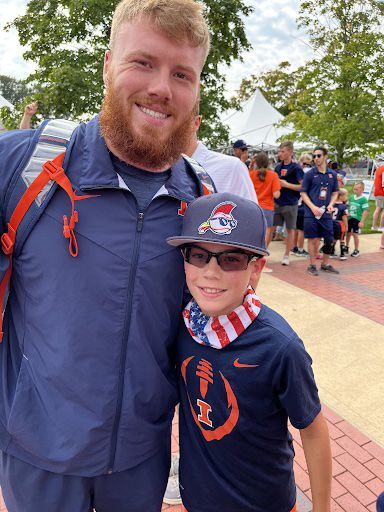 Junior Reporter Dayne White mingled with family and friends of Illini linebacker Bryce Barnes at a pregame tailgate outside Memorial Stadium on Saturday.

The view from the Memorial Stadium pressbox.

The News-Gazette is staffing each Illinois football home game in 2021 with a Junior Reporter. On Saturday, 10-year-old Dayne White was on duty for the Illini’s game against Wisconsin. The fifth-grader from Gibson City-Melvin-Sibley enjoyed the homecoming scene if not the result. His report:

I was excited to have the chance to see the Fighting Illini take on coach Bret Bielema’s former team, the Wisconsin Badgers.

We started our day tailgating with pizza and cookies, then made our way over to see friends and family of Gibson City native Bryce Barnes. On our way, we stopped at Grange Grove and were up close and personal with the team as they made their way into Memorial Stadium during the Illini Walk.

I played bags, watched college football on the tailgate TV and chatted with Gibson City fans and family of No. 48 (Barnes).

During the tour of the stadium, we made our way to the media room, the radio announcers booth and saw the setup for the Big Ten Network broadcast.

One of the best parts of the day: all the famous faces I got to see.

Being on the field prior to kickoff was probably the best part of the day. I got to meet Illinois athletic director Josh Whitman, along with Illini basketball star Kofi Cockburn.

Some top performers for the game for Wisconsin were:

Some top performers for the game for Illinois were:

The Illini had the ball for only 17 minutes, and the Badgers had the ball for a whopping 42 minutes. The Illini defense was super tired, but they were giving up only 3 to 5 yards per play. That caused first down after first down. Illinois had seven punts, and Wisconsin only had two.

My favorite player for the Illini is Barnes because he went to Gibson City-Melvin-Sibley High School and won two state championships, one of them at Memorial Stadium. His position on the Illini is outside linebacker. Thanks to Bryce and his family for helping me have a great day and a great rest of your season.

My second favorite player is Aidan Laughery, a running back for the GCMS Falcons. He has committed to Illinois to play football next season. I can’t wait to watch him play at Memorial Stadium. Hope you have a great season on the gridiron.

In conclusion, I had such a fun time being the Junior Reporter. Going to a football game is a huge experience with way more happening than just football.

Good luck, Illinois, with the rest of your season, and thanks to The News-Gazette for the opportunity to be a Junior Reporter.