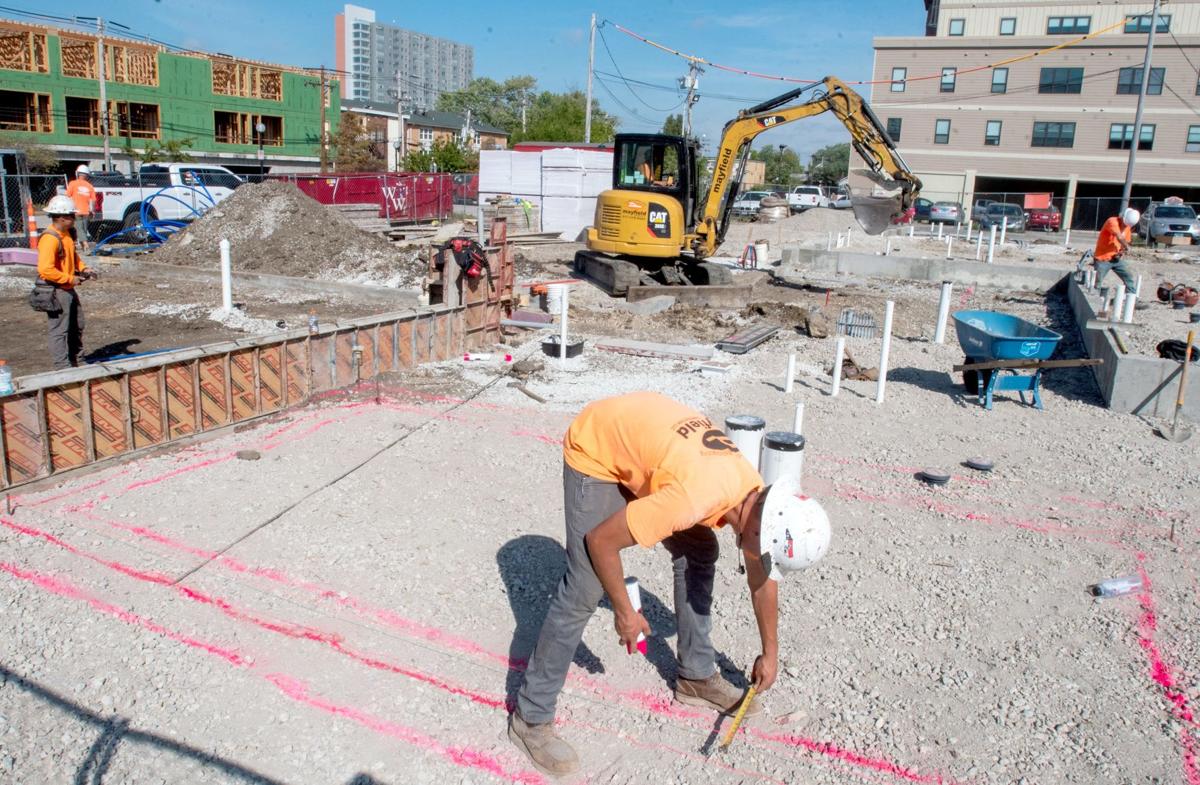 David Jamieson of Mahomet, an employee of Mayfield Construction, outlines the footprint for a freezer as work continues Wednesday, Sept. 25, 2019, on the new Kam's location at First and Green streets in Champaign. 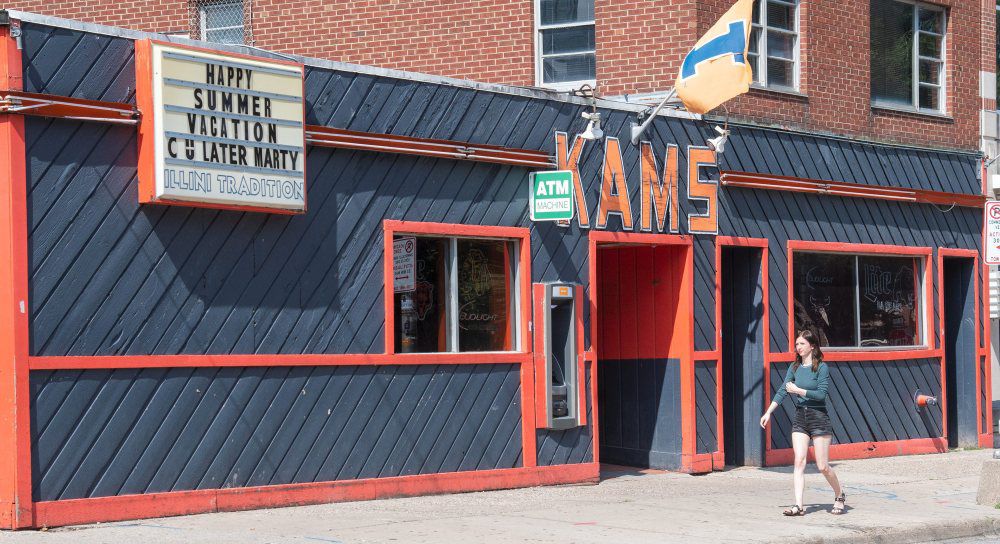 David Jamieson of Mahomet, an employee of Mayfield Construction, outlines the footprint for a freezer as work continues Wednesday, Sept. 25, 2019, on the new Kam's location at First and Green streets in Champaign.

The so-called home of the drinking Illini is scheduled to reopen in January in its new location at First and Green streets, where construction is underway.

Cochrane said that new building will also house two other bars — Stan’s Gridiron, which occupied Kam’s current location at 618 E. Daniel St., C, until 1975; and Second Chance, a popular campus bar on Sixth Street that burned down in the late 1970s.

The news means that two former campus bars, Clybourne and Firehaus, won’t be returning under those names, he said. Cochrane is using the liquor licenses granted to those two bars for Stan’s and Second Chance instead.

Clyborne and Firehaus closed last year to make way for the new high-rise at Sixth and Green streets.

“I’ve been pushing to keep it open as long as I can. To make way for the new development, the 20th was my drop-dead date,” he said.

Core Spaces is planning an apartment/office/retail complex in the 600 block of East Daniel Street. The development will not include a bar.

“There will be no alcohol on that street,” Cochrane said.

Cochrane is planning a reunion at the current Kam’s for all former employees, as well as customers.

“It’s a lot of history, a lot of generations of people that have been a part of it. We wanted to kind of let them have a farewell,” he said.

He hopes the new building can open by New Year’s Day, but it could get pushed back to mid-January when students return, he said. Structural steel is scheduled to go up next week.

Cochrane had hoped to keep the old Kam’s open until the new building was completed, but “we had some setbacks. It just didn’t work out that way,” he said, and Core was eager to start work on the new project.

A building permit filed last week with the city of Champaign shows Kam’s relocating to 102 E. Green St., C, the former site of a Domino's that’s since been torn down, while the 600 block of East Daniel Street, where it stood for decades, is expected to be turned into a new apartment/retail/office complex.

Cochrane plans to salvage what he can from the old building.

The new Kam’s will incorporate some features of the old bar, including some bricks, the “KAM’S” sign and a bar top that will be made into new letters spelling out “Kam’s.”

Cochrane is also collecting photos from Kam’s over the decades to use for a large mural or wallpaper in the new bar. He said he’s found some dating back to the 1940s. (Anyone with photos can email them to KamsDrinkingIllini@gmail.com.)

“Kam’s has been a big part of this community for a long time,” he said.

But say goodbye to the bright-orange-and-blue exterior.

“Most of the siding is probably rotten,” he said.

Cochrane said there will be an opportunity for customers to buy memorabilia from the old bar, as some have requested.

“There are people who want to buy a piece of a bar they’ve carved their name in,” he said.

The new Kam’s will be about the same square footage as the old one, with a beer garden out back.

The other half of the first floor will be Stan’s Gridiron. The original Stan’s was run by Stan Wallace, a former UI football player, and was famous for its brats, Cochrane said. It closed in 1975, and “that’s when Kam’s was born,” he said.

Kam’s had originally opened at 608 E. Daniel St. in 1933 as Kamerer’s Annex, a name quickly shortened by students. It initially served food and non-alcoholic beer to students during Prohibition.

Second Chance will be on the upper level and will have an outdoor patio.

“I’m bringing back the name. I always thought it had good bones,” Cochrane said. “I believe in good juju. It had a really good run; it was very well-liked.”

He’s also planning a tribute upstairs to other past Campustown bars, including Mabel’s, Cochrane’s and Ruby Gulch.

Hundreds of people not ready to say goodbye to the popular bar have only one message for other UI students ahead of its planned move — 'Storm KAM'S, They Can’t Stop All of Us.'

Some students have complained that the First and Green location is too far from campus.

“At first I was like, ‘No way,’” Cochrane said. “But things are shifting to the west. It’s straight down First Street to the football stadium. I think in time, they’ll realize it’s an even better location. It’s going to connect Midtown and downtown to Campustown.”

Is he bracing for a “storm Kam’s” event on Oct. 20 to keep the bar open, as some students initially threatened to do earlier this month?