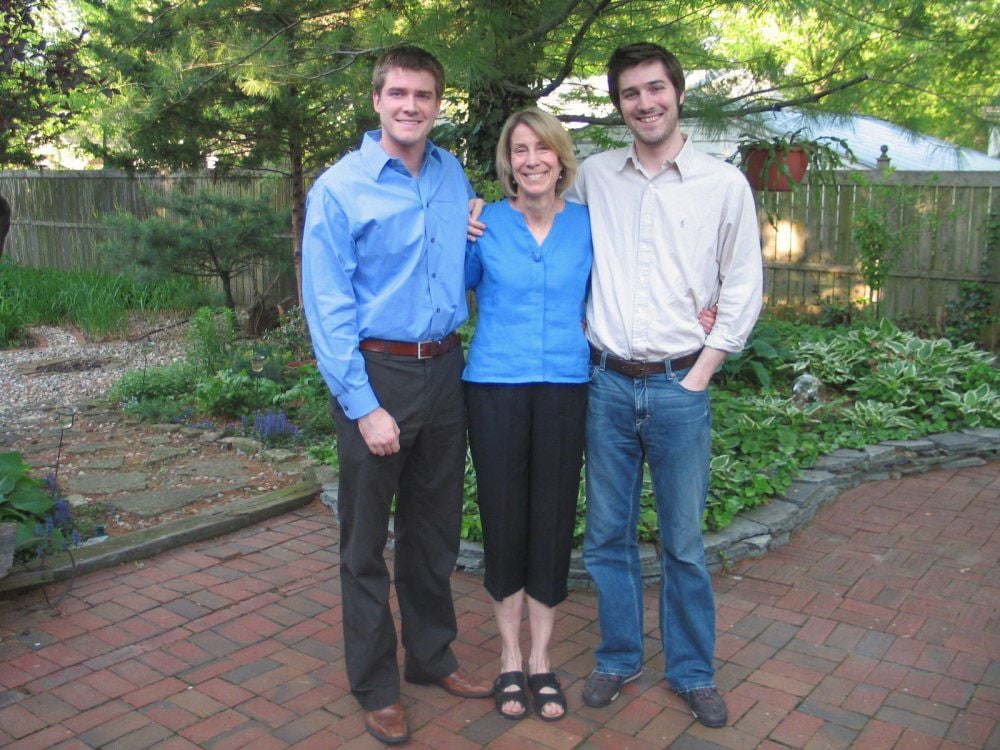 The late Jamie Kruidenier of Champaign with sons Ryan and and Jeremy Kruidenier in 2009. Friends and students of Mrs. Kruidenier will be holding an art exhibit to honor her memory. 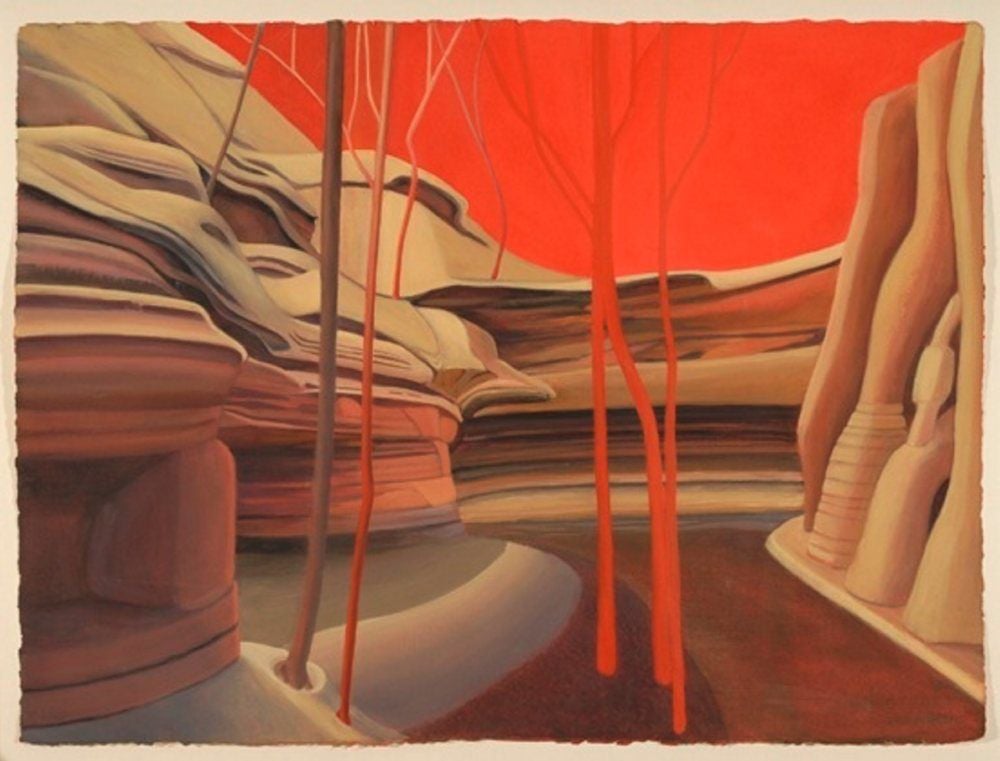 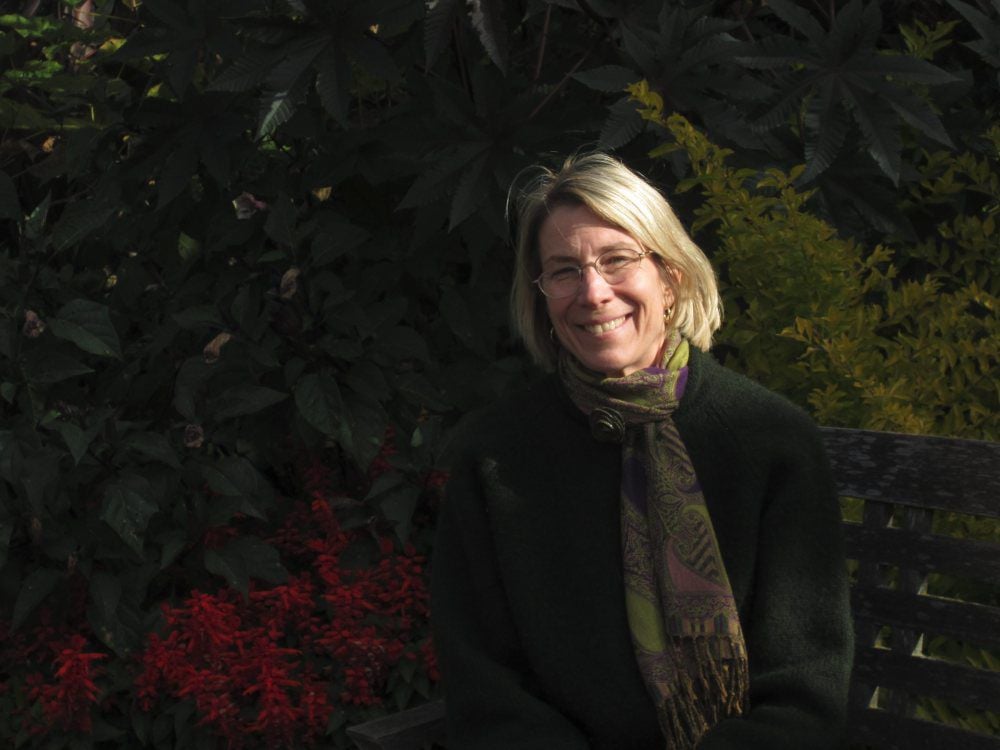 The late Jamie Kruidenier of Champaign with sons Ryan and and Jeremy Kruidenier in 2009. Friends and students of Mrs. Kruidenier will be holding an art exhibit to honor her memory.

CHAMPAIGN — A bit over a year after beloved Champaign artist Jamie Kruidenier died, her friends and students are coming together to exhibit their works in her honor.

Called "Water + Color," the exhibit will feature water-medium works of 13 artists united by their gratitude and affection for Mrs. Kruidenier, who died July 11, 2018, at age 63 from early Alzheimer’s disease.

The exhibit will open Wednesday at Artists’ Alley at the McKinley Foundation and Presby Hall, 405 E. John St., C, and include one of Mrs. Kruidenier’s works.

Mrs. Kruidenier was a longtime educator who taught at Parkland College. Her paintings, drawings and sculptures have been displayed across the country.

One of her many friends and students, Barbara England of Urbana, said her first encounter with Mrs. Kruidenier was in a class she took with artist Don Lake at Parkland College, who showed some of Mrs. Kruidenier’s works as examples of how to do things right.

After Mrs. Kruidenier took over Lake’s classes at Parkland when he retired, England became one of her students.

“Oh, she was a wonderful teacher,” England said. “She was so kind, and she had this fabulous way of looking at a painting and seeing how you could improve it.”

Not only that, England said, “her artwork was just beautiful.”

Mrs. Kruidenier taught her much about the use of color and light in watercolor works, England said.

“She encouraged me to find my own style, and continue even when it was frustrating,” she said.

Lake, of Mahomet, said Mrs. Kruidenier studied with him for about 25 years and was a hard-working and excellent student.

She was also a very generous person — someone who always said yes when help was needed and the last person who would ever claim credit for anything, he said.

While Mrs. Kruidenier had an undergraduate degree from the UI, Lake said it was probably a result of his badgering her that she got a master’s degree from Eastern Illinois University so she could take over his teaching job at Parkland when he retired.

Mrs. Kruidenier looked at nature in a very careful way and painted what was around her, Lake said.

“If you went over to her studio, you’d see 100 small objects, like a curled leaf,” he said.

Bill Kruidenier, Mrs. Kruidenier’s husband of more than 40 years, said his wife was always picking up found objects on their walks — small things that would inform her artwork.

“With respect to her art, she saw details in special elements within nature that most of us just glance by and keep on walking,” he said.

One thing he always admired about his wife’s work is the quality of light she infused in it, also a trait of Lake’s work, he said.

“I had a friend who once said Jamie painted with her soul,” Kruidenier said.

He first met his wife when they were in college through mutual friends.

“I remember I jumped into a car. We were going somewhere. I saw this beautiful person in there,” he recalled.

They began dating and were married in 1977, the year Jamie Kruidenier graduated.

Mrs. Kruidenier had early Alzheimer’s disease for about 10 years before she died, and was able to continue enjoying painting and drawing up until the last couple of years of her life, her husband said.

She was also a woman with many friends — some through her book clubs and a close-knit group of fellow artists.

She had a talent for listening to people and paying close attention, Lake said.

“I think most of the people who knew Jamie would think of her as a very special friend, maybe a best friend, so that would include a lot of people,” he said.