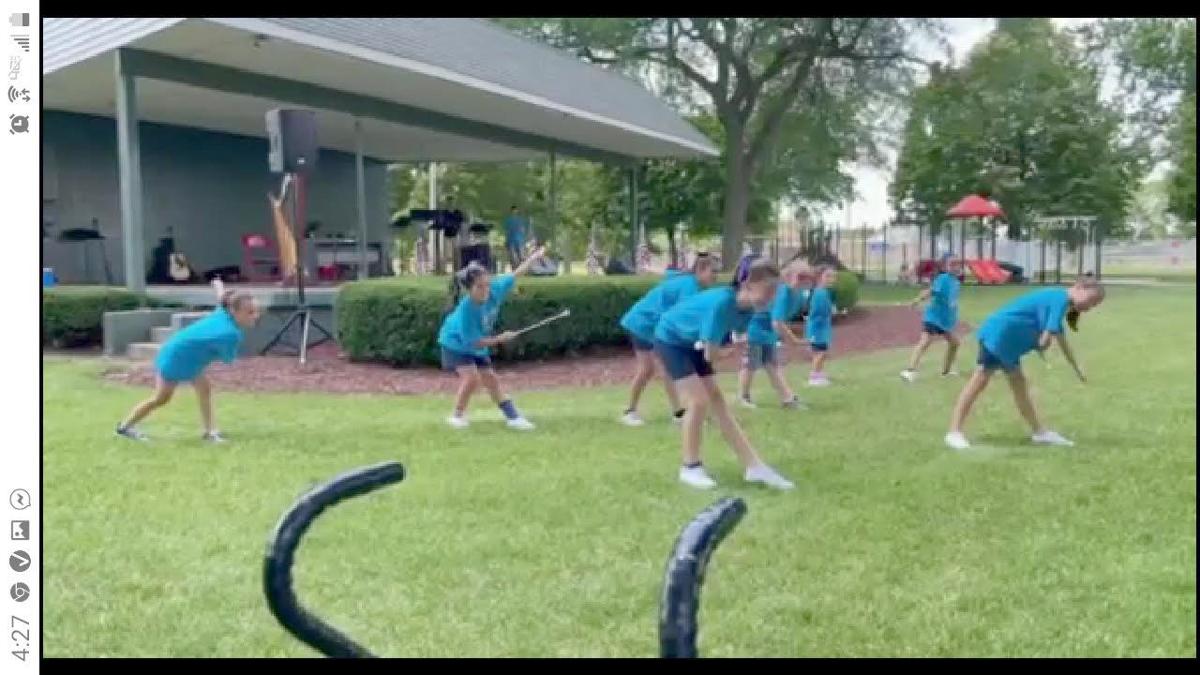 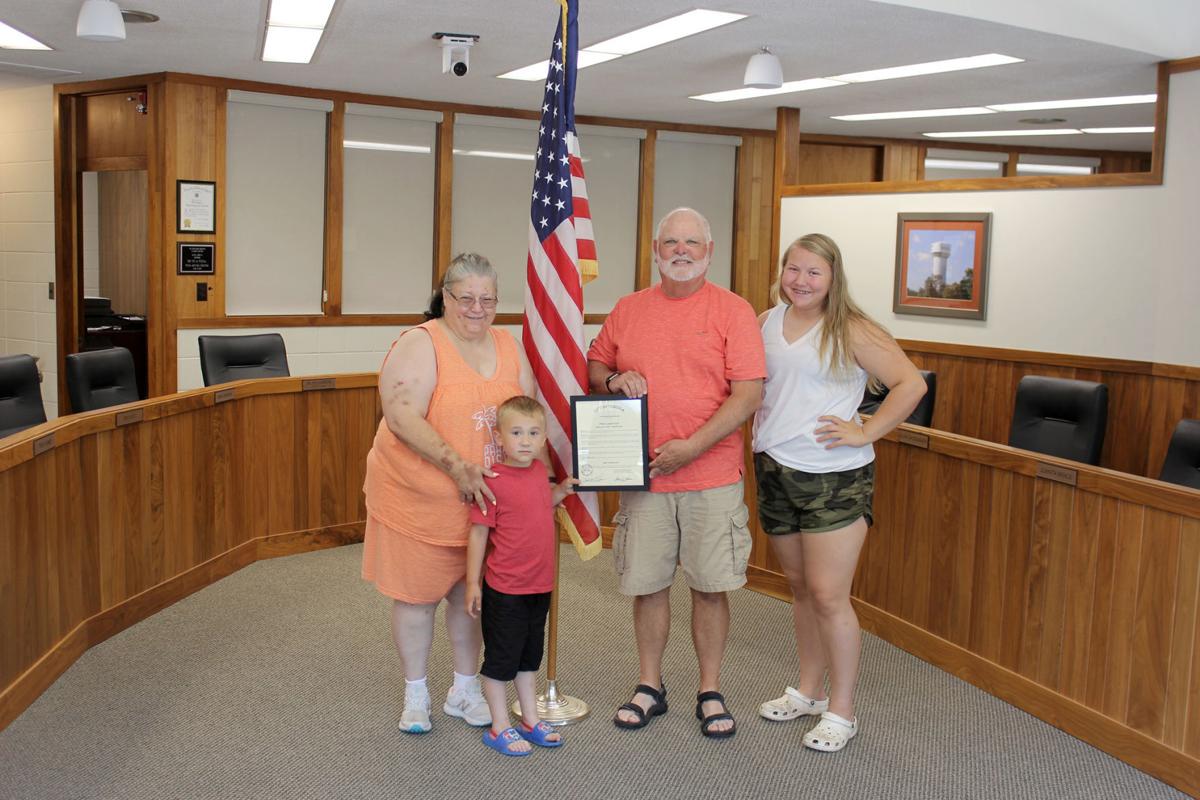 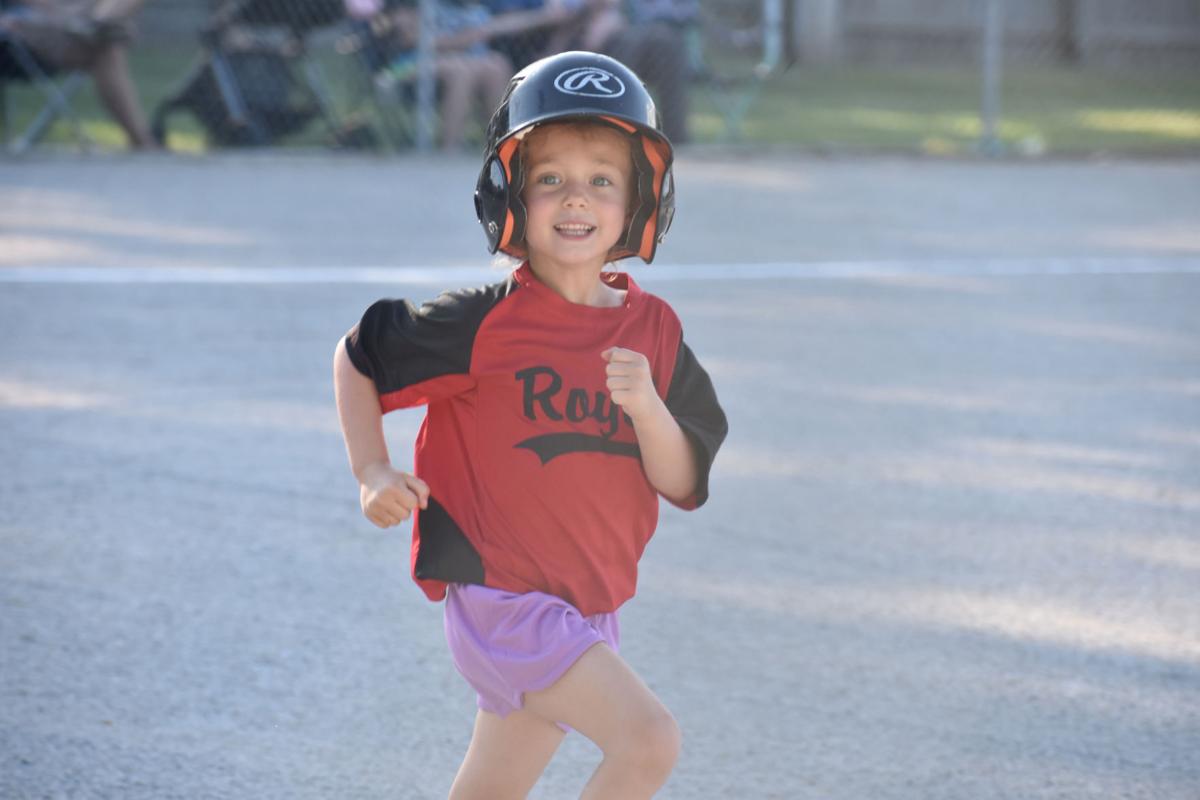 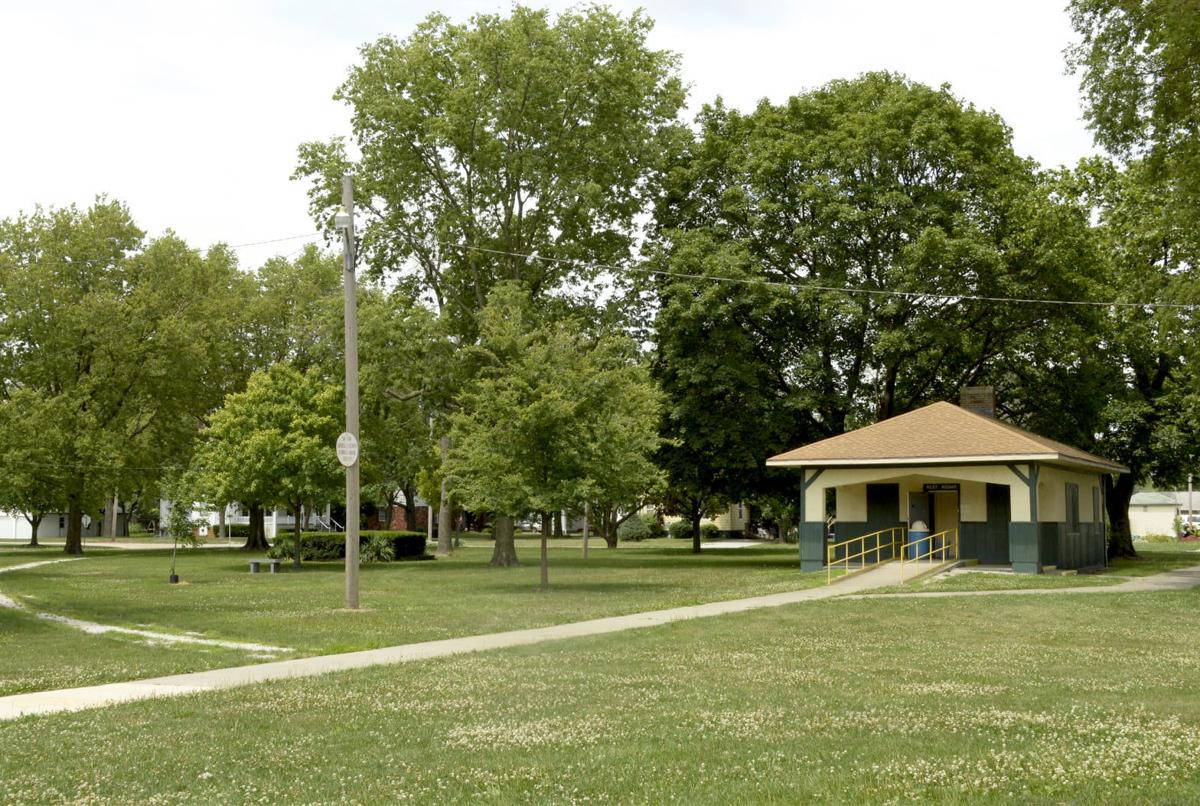 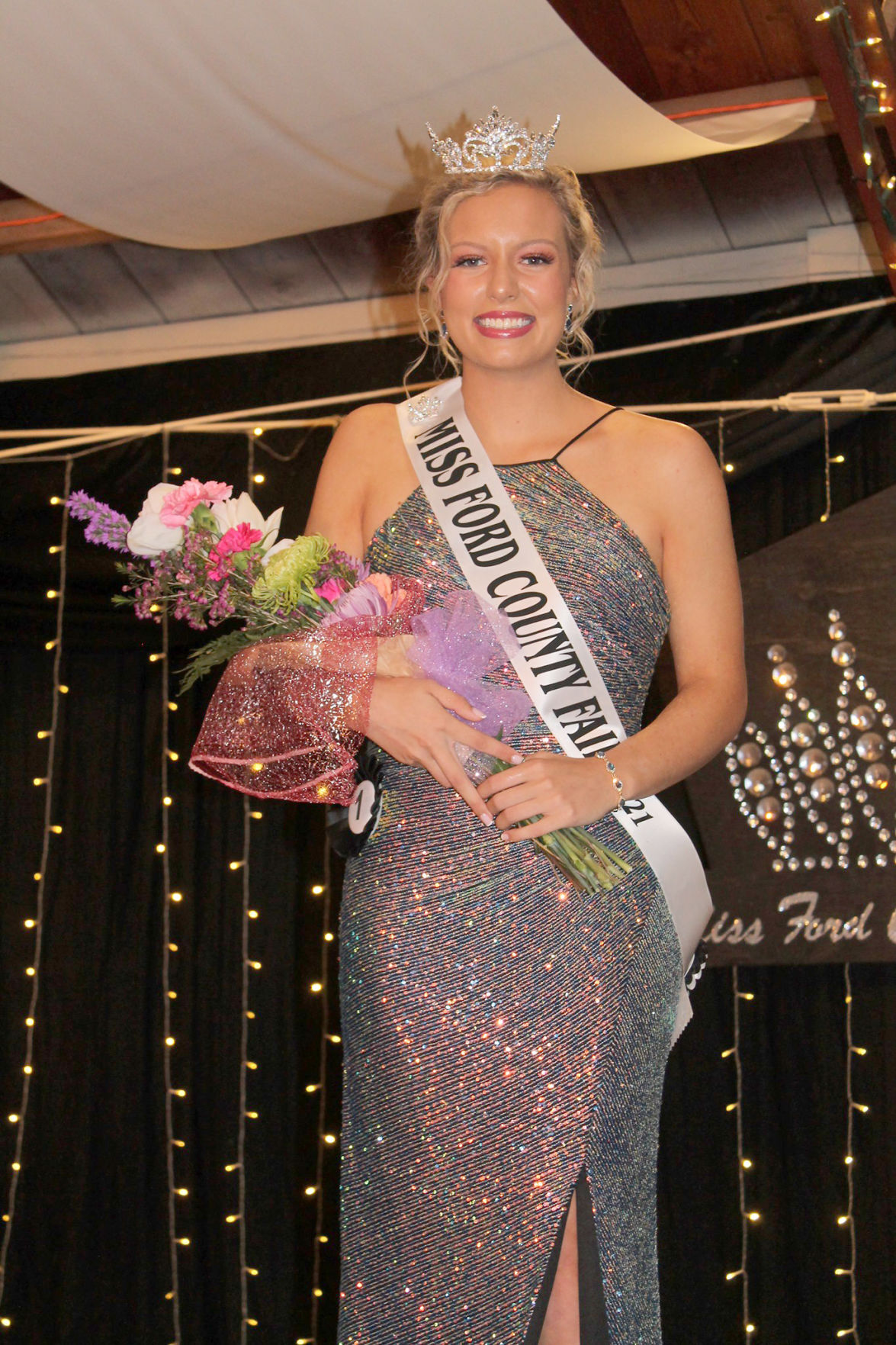 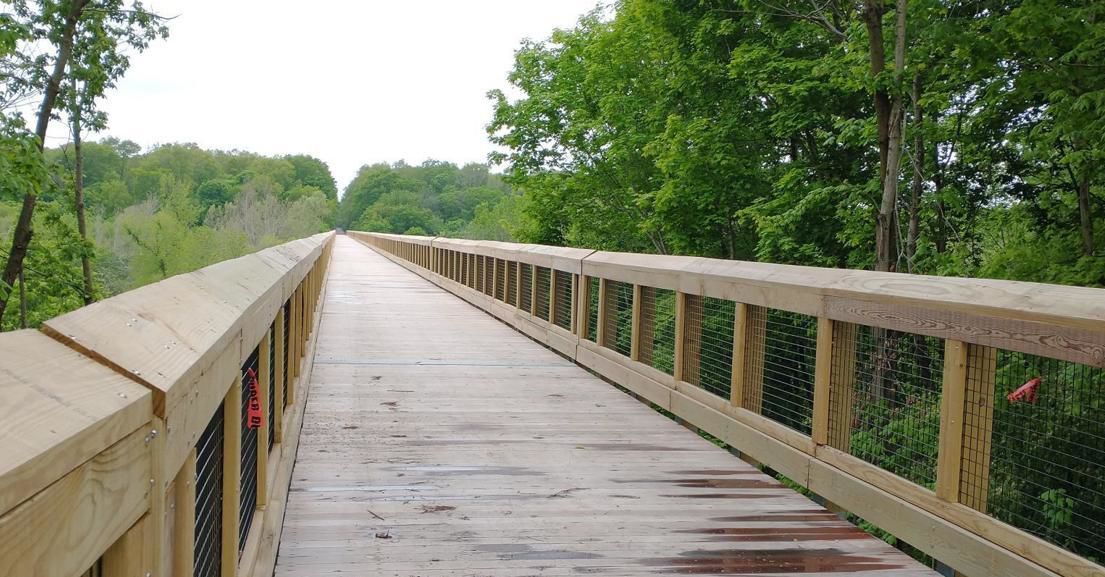 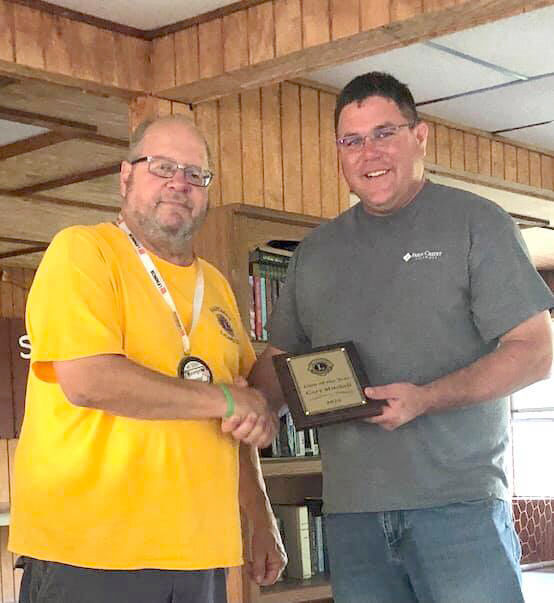 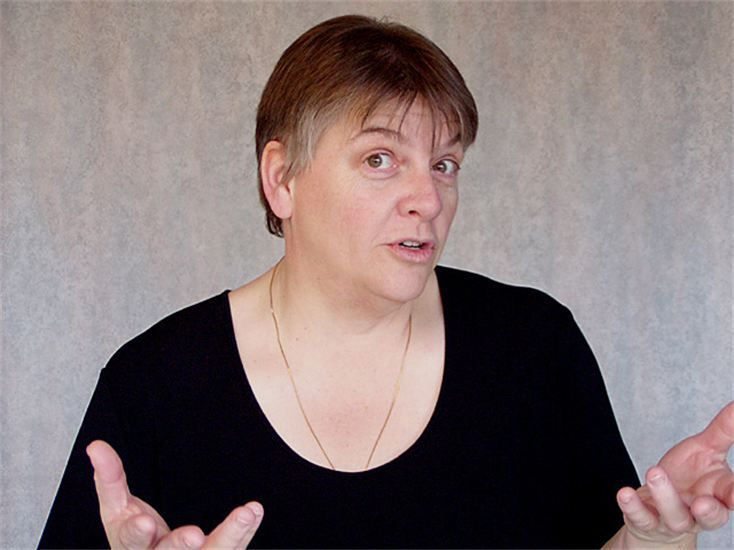 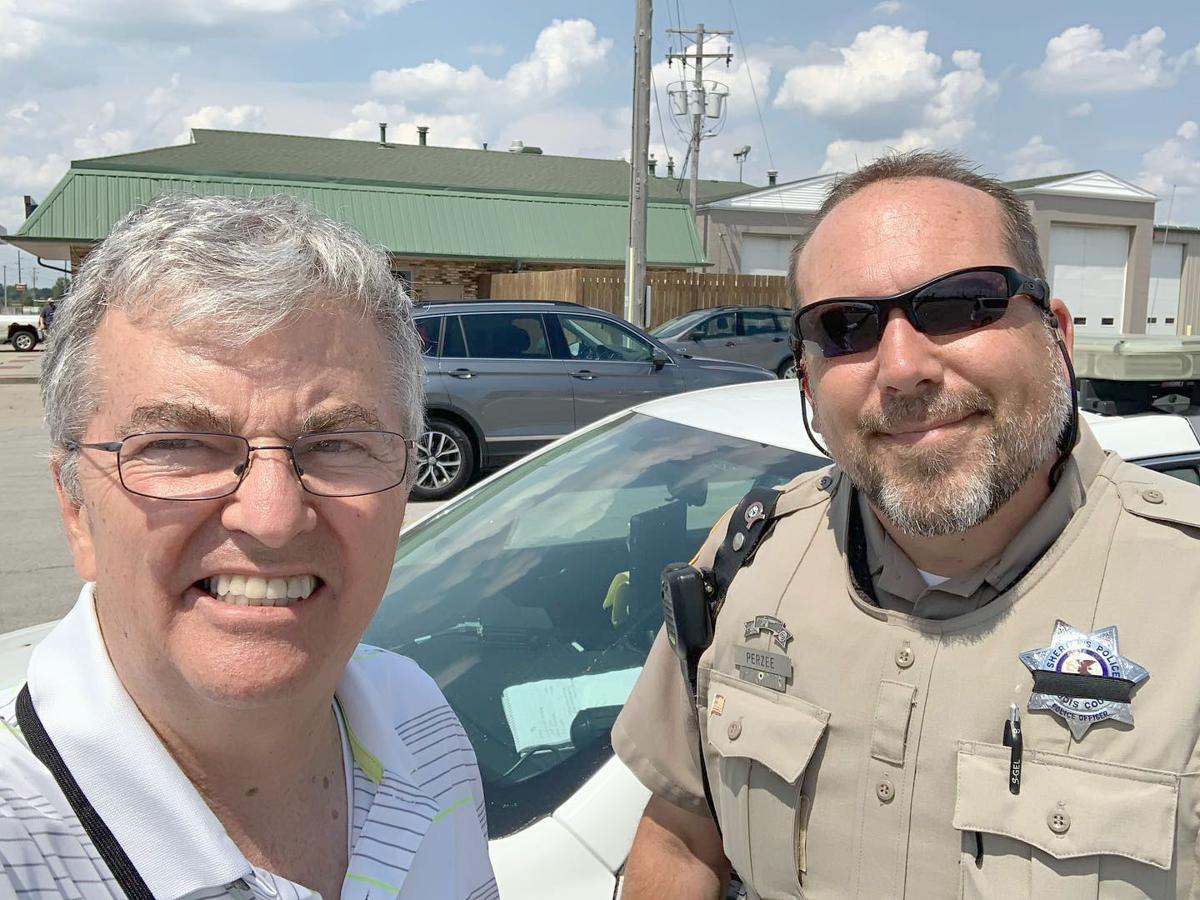 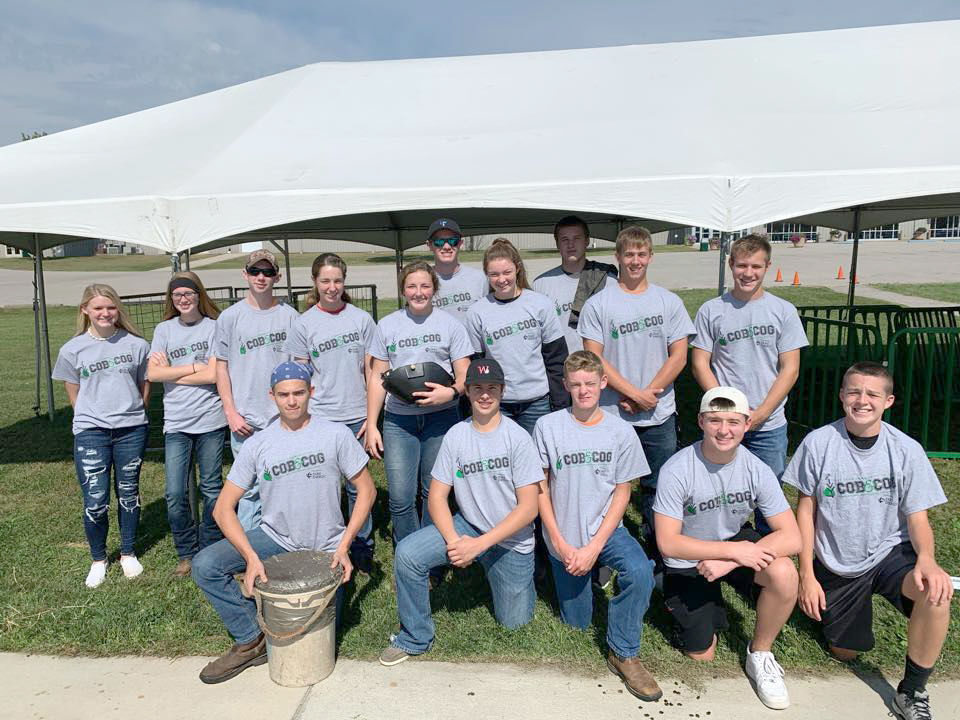 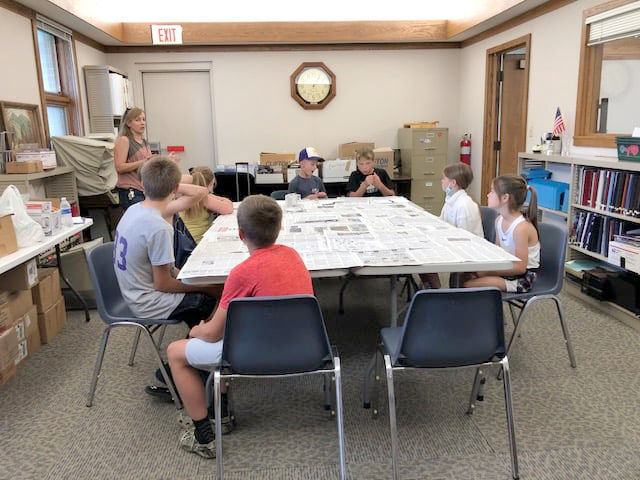 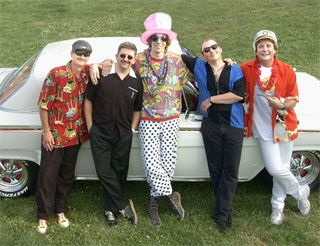 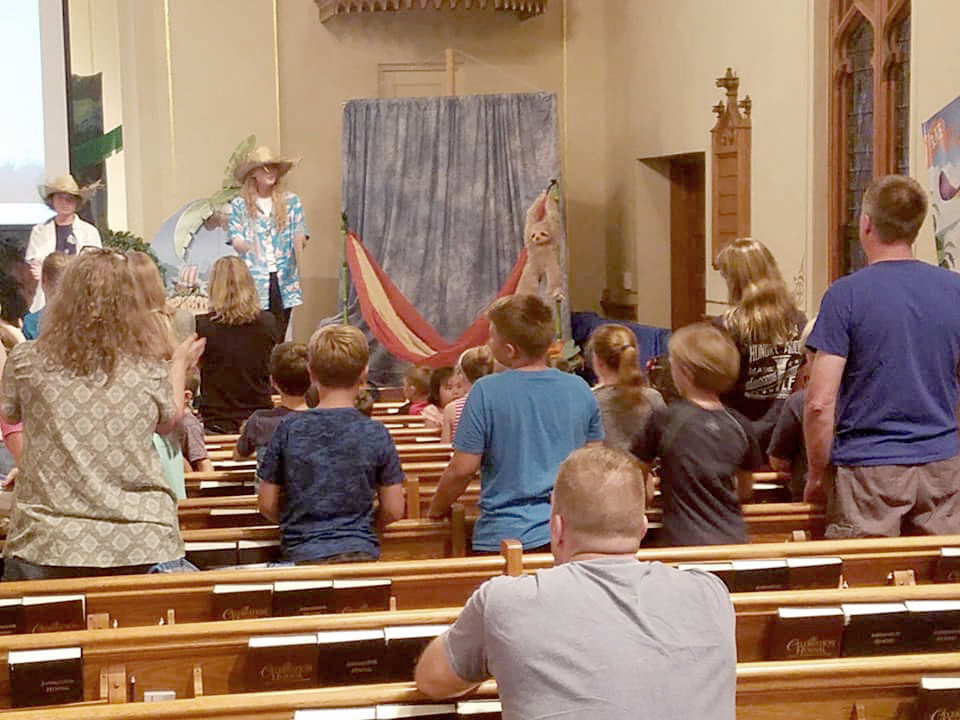 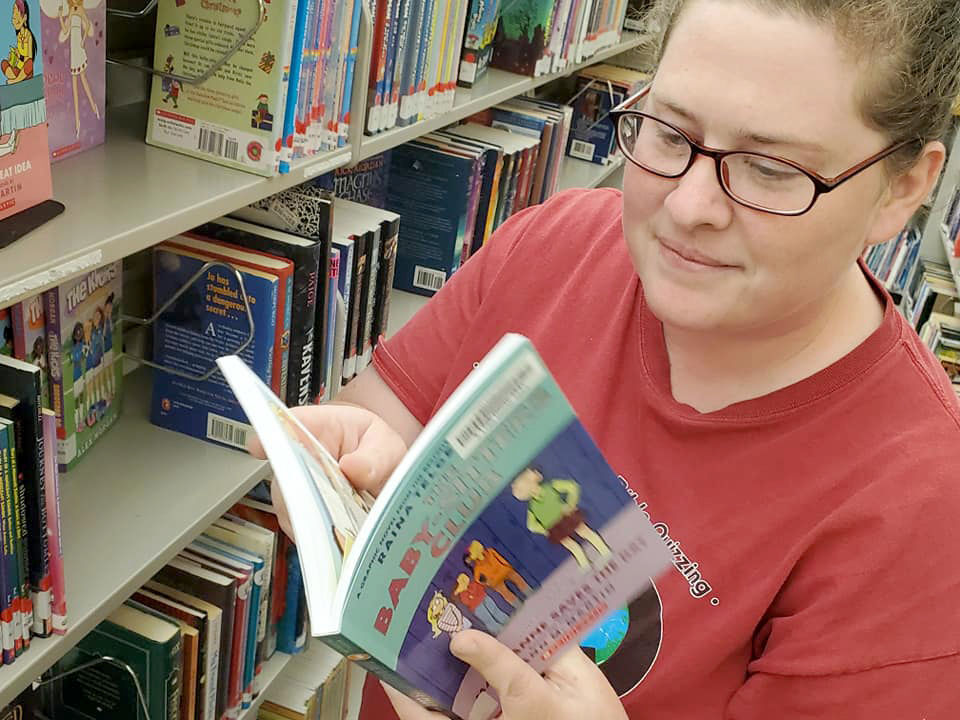 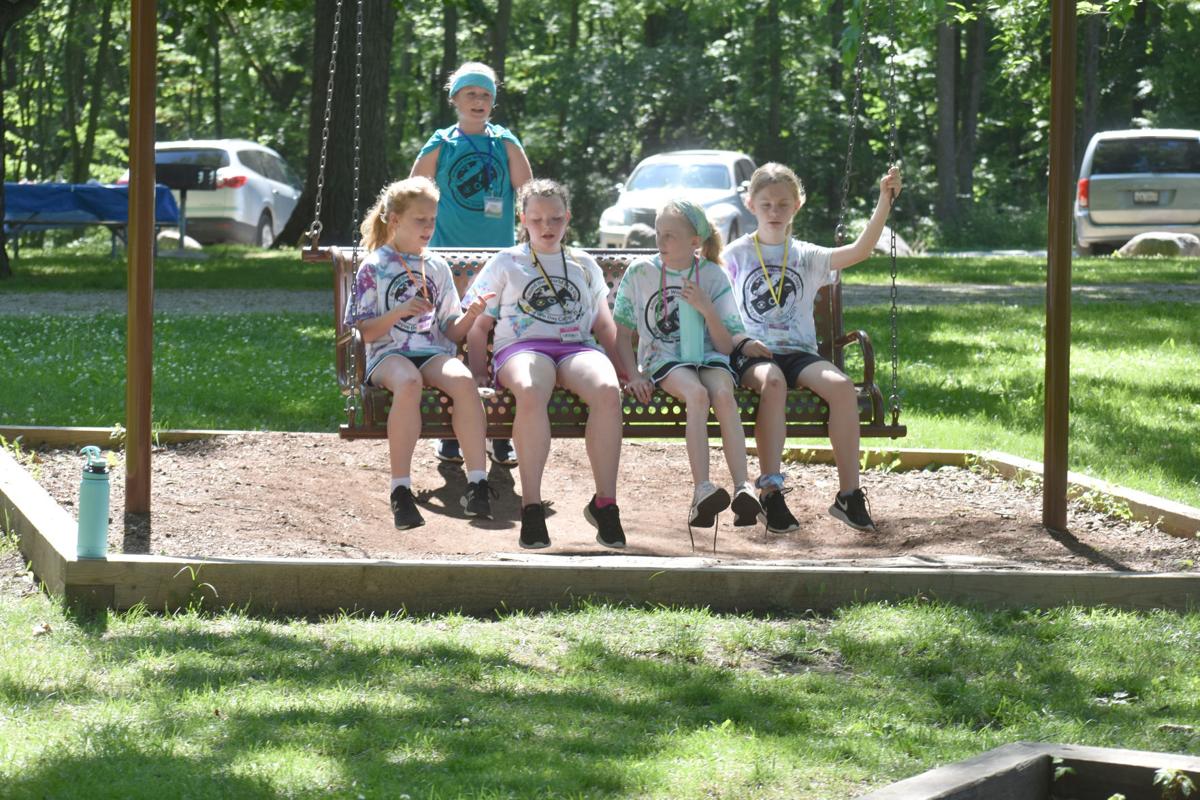 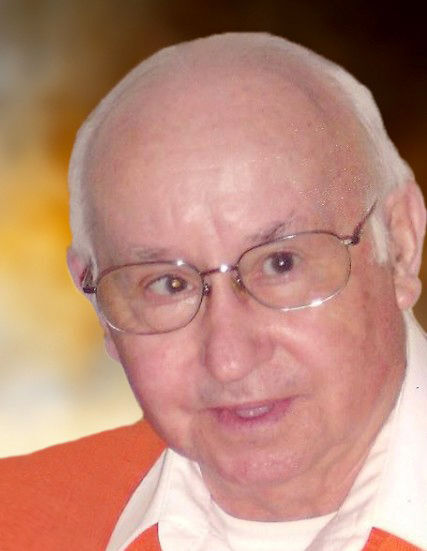 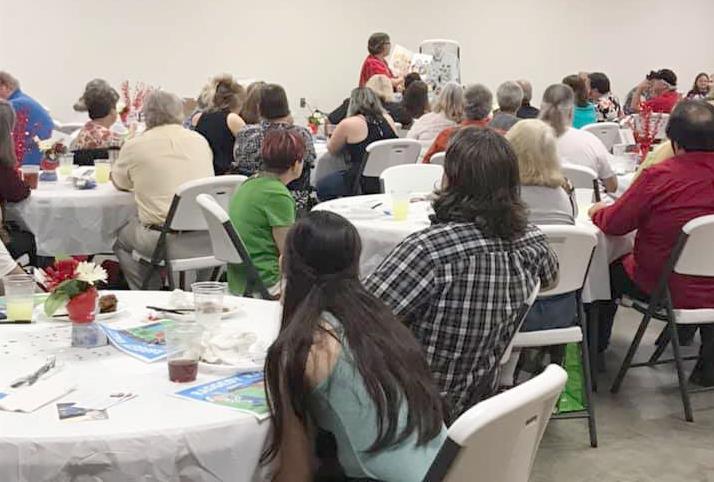 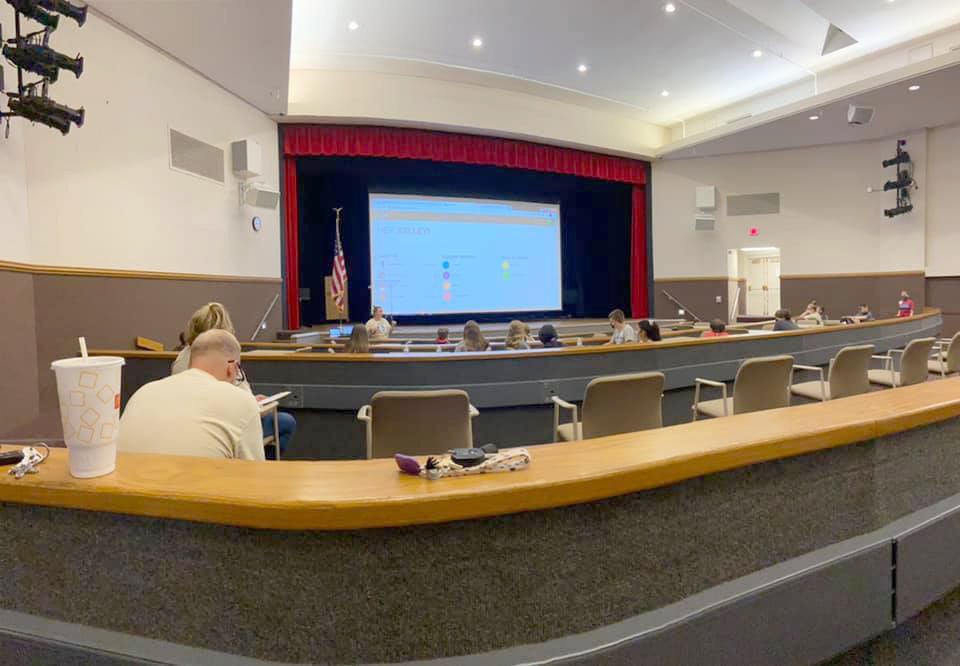 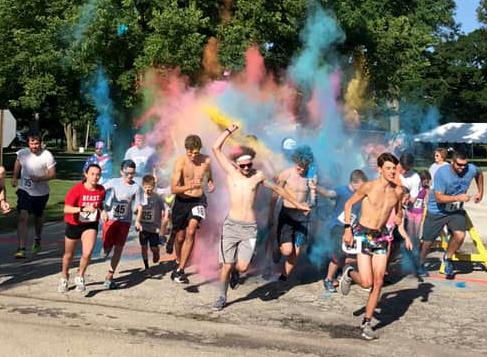 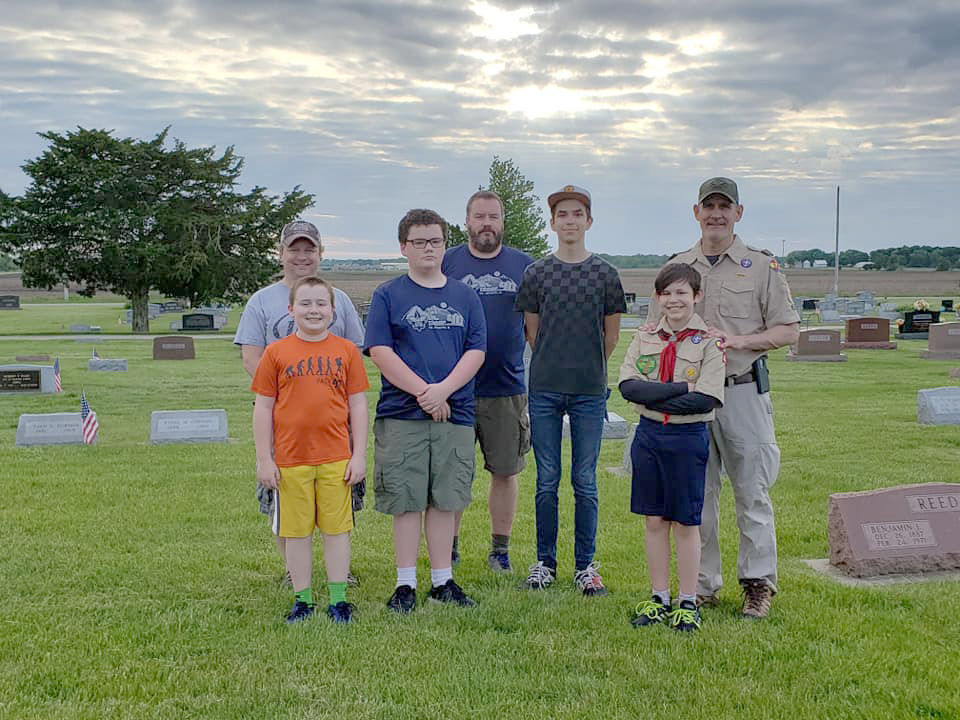 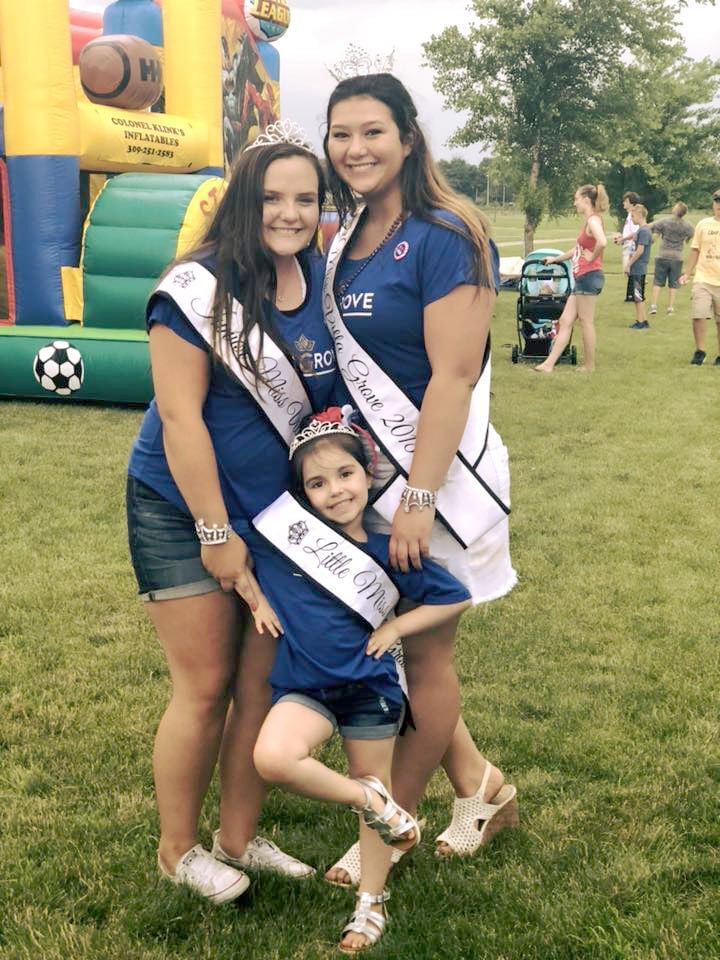 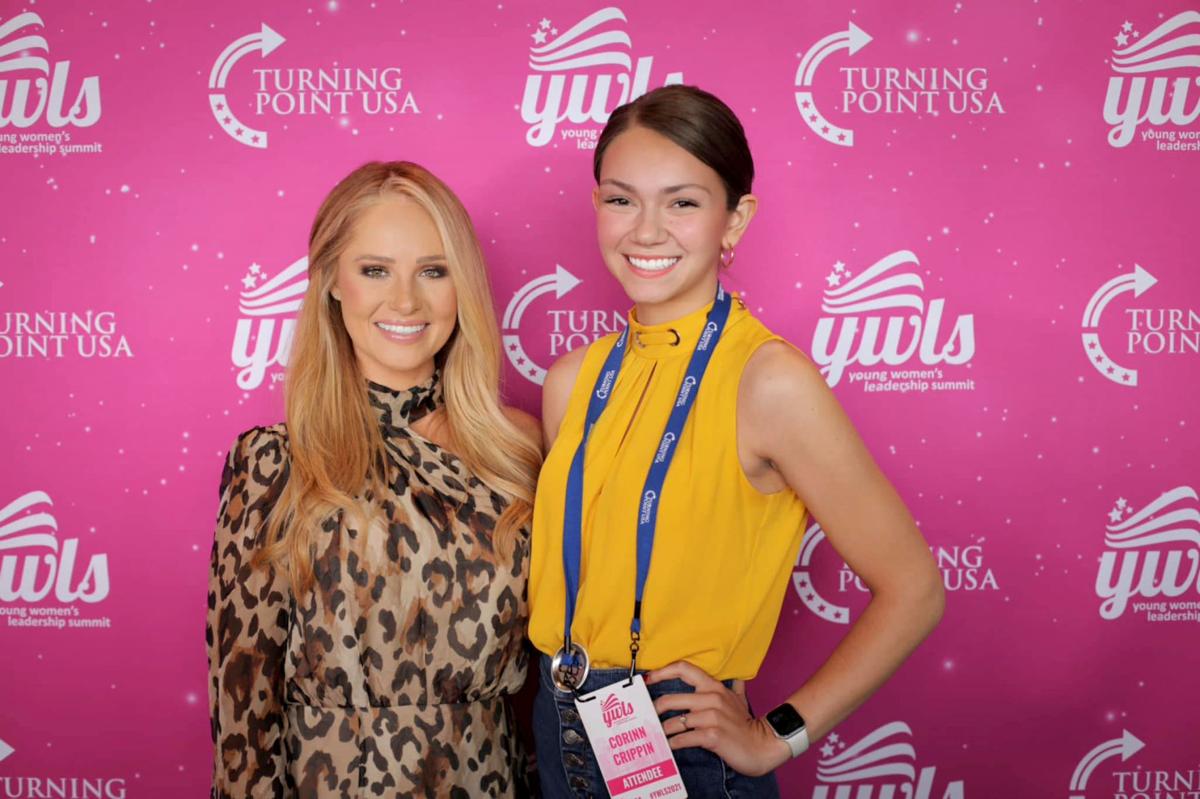 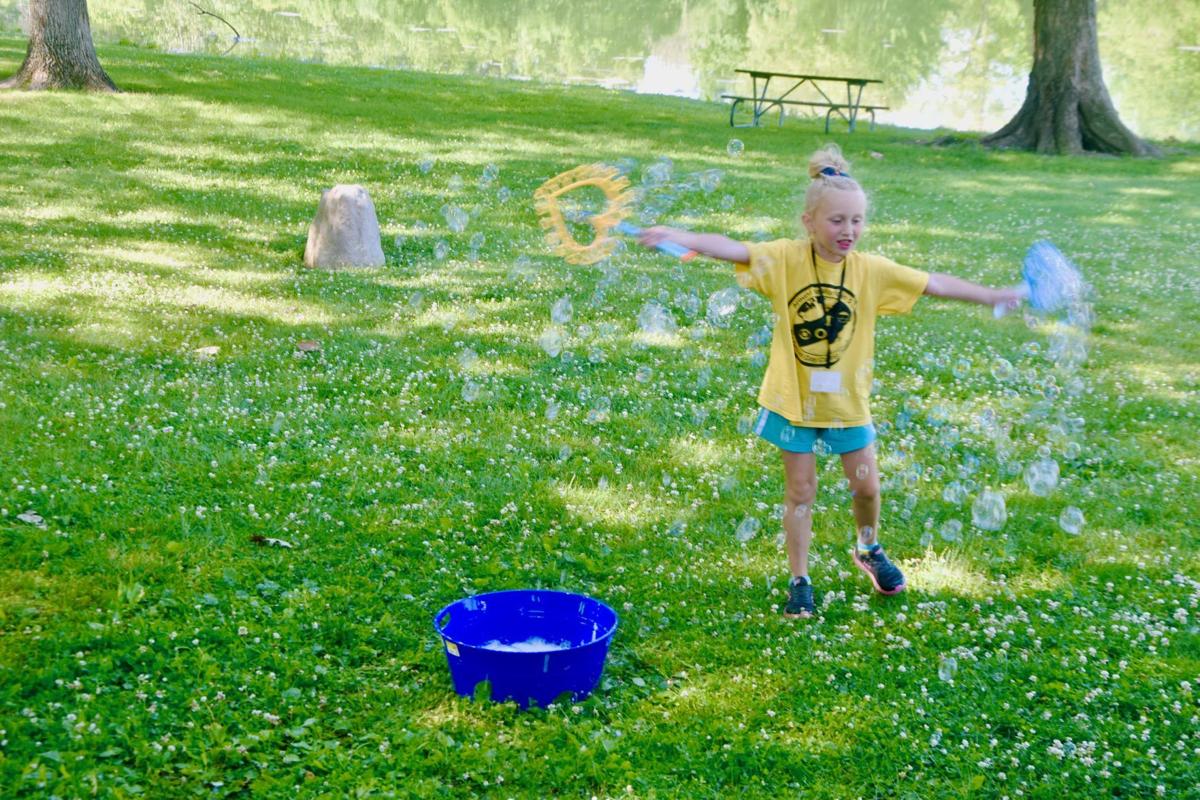 Boy Scout Troop 40 places flags at Mt. Olive and Paterson cemeteries, as well as St. Joseph-Ogden High School, which need to be retired. Unable to raise funds due to COVID-19, Troop 40 is asking for community donations for replacement flags. Sponsorship opportunities are available for a Fourth of July parade initiative, or donations can be placed in the drop box at 1602 Magnolia Drive.

Ogden Rose Library Board president Allison Wakefield and other board members hid “Golden Tickets” inside library books. Readers who find a ticket can take it to the librarian and claim a prize.

The Royal Youth League sold 300 pork chops, hot dogs and hamburgers at a fundraising dinner. Eight teams participated in four games and a hitting derby. There was also a raffle. Family members of players ran the concession stand and grill.

State Rep. Thomas Bennett teamed with Deputy Clint Perzee as part of a ride-along with the Iroquois County Sheriff’s Department. Bennett said Perzee as professional, courteous, respectful and insightful. “He knows the people in the area,” he said.

Marcia Weller is the coach of the newest program, Beginner Baton Twirling, sponsored by the Rantoul Recreation Department and Youth Center. The program’s name, chosen by members: Rantoul SHiNE. The club, which consists of twirlers ages 5-12, will perform at Saturday’s Juneteenth Celebration and Rantoul's 4th of July parade.

A “Friends of the Kickapoo Rail Trail” group will meet June 24 at Oakwood Park Pavilion (6 p.m.) for dinner and discussion, including updates on construction projects.

Monticello’s Amber Oberheim will speak at the Macon County GOP Picnic on Aug. 19.

The Tolono Public Library held a Zoom program with the Anita Purves Nature Center that offered ideas for tips for saving resources and money while helping the environment. The program featured storyteller Kim Sheahan Sanford.

Mayor Dan Kleiss proclaimed June 14 as Harland "Hop" Conner Day. Conner, a lifelong resident who was born on June 14, passed away in 2013. The avid bowler volunteered with Little League and Boy Scouts and was active in the Lion’s Club, Elks, Moose Lodge, Amvets, American Legion and VFW. In 1948, Conner took it upon himself to have the American flag saluted at every Tuscola home football game until 2013. Now members of his family carry on the tradition. Pictured: Dan Kleiss, Donna Connor Warner (Hop’s daughter), Kayli Heckler (great granddaughter) and Greyson Warner (great grandson).

The Arthur Rotary Club’s 2021 Freedom Celebration Fireworks is June 26. The club is selling priority seating wristbands in advance ($10 each) at Arthur First Bank, the Arthur Municipal Building and Oye’s Hardware. Seating within the main diamond and other areas of Jurgens Park is free. Money from wristband sales allows the Arthur Rotary Club to provide scholarships, support schools and help local organizations serve the community.

The Paxton Area Chamber of Commerce will host a Color Run during its Fourth of July celebrations.

St. Paul’s Lutheran Community Vacation Bible School is looking for volunteers. Children can be signed up until July 1.

The Monticello Chamber of Commerce is sponsoring a business expo from 3-6 p.m. today on the Square.

The Bement Public Library held a class with the Piatt County 4-H club and the University of Illinois Extension that allowed children to plant tomatoes, cilantro and onions.

The BHRA community is mourning super fan Dick Knight, who died June 12. A custodian at Bismarck-Henning High School for many years, he attended countless home games for all sports.

The Chrisman FFA will be hosting its Farmers Market at 4 p.m. Saturday at Chrisman Square. Among the perks: Free hot dogs.

Rodney Atkins will headline the Fisher Fair on July 9.

The village is asking residents to help catch vandals who damaged the restrooms at North Park.

The 2021 Miss Ford County is Jolee Hastings of Loda, the daughter of Joel and Mary Hastings. First runnerup and Miss Congeniality is Lyndi Allen of Paxton, the daughter of Scott and Lisa Allen.

This year's cycling event in Mahomet marked the most participants (75) and money raised ($3,300) to support the construction of a school for the blind in Nepal.