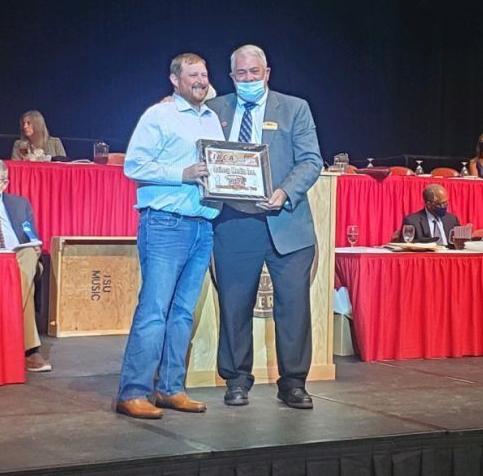 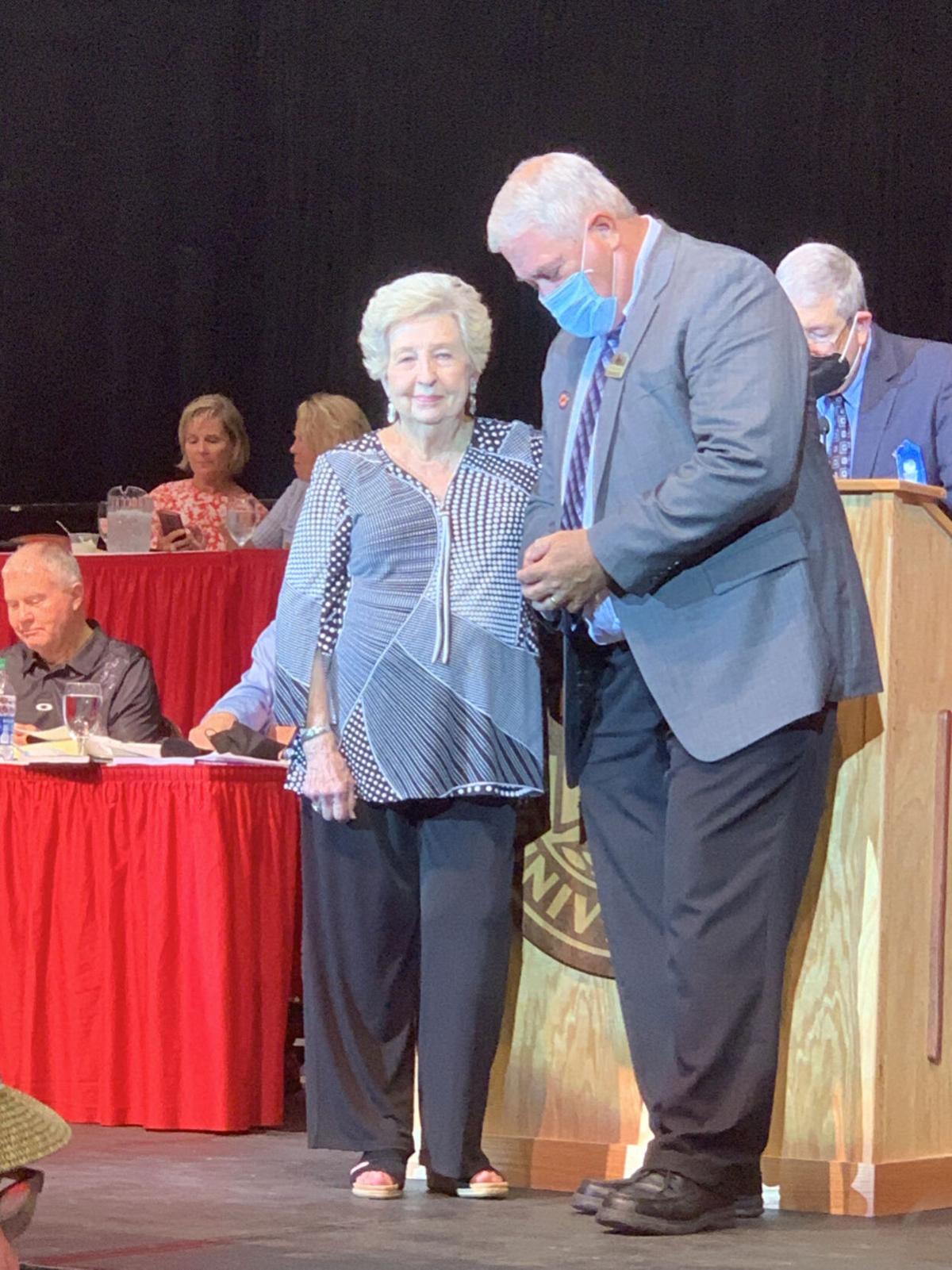 Mary Henson joins Illinois Basketball Coaches Association Executive Director Jim Tracy on stage at Saturday’s Hall of Fame banquet in Normal. On hand to accept IBCA recognition for her late husband, Lou, she received a standing ovation at Redbird Arena. ‘It shows how beloved Lou was, that’s what it tells me,’ Mary said. Top of the Morning, A-2. 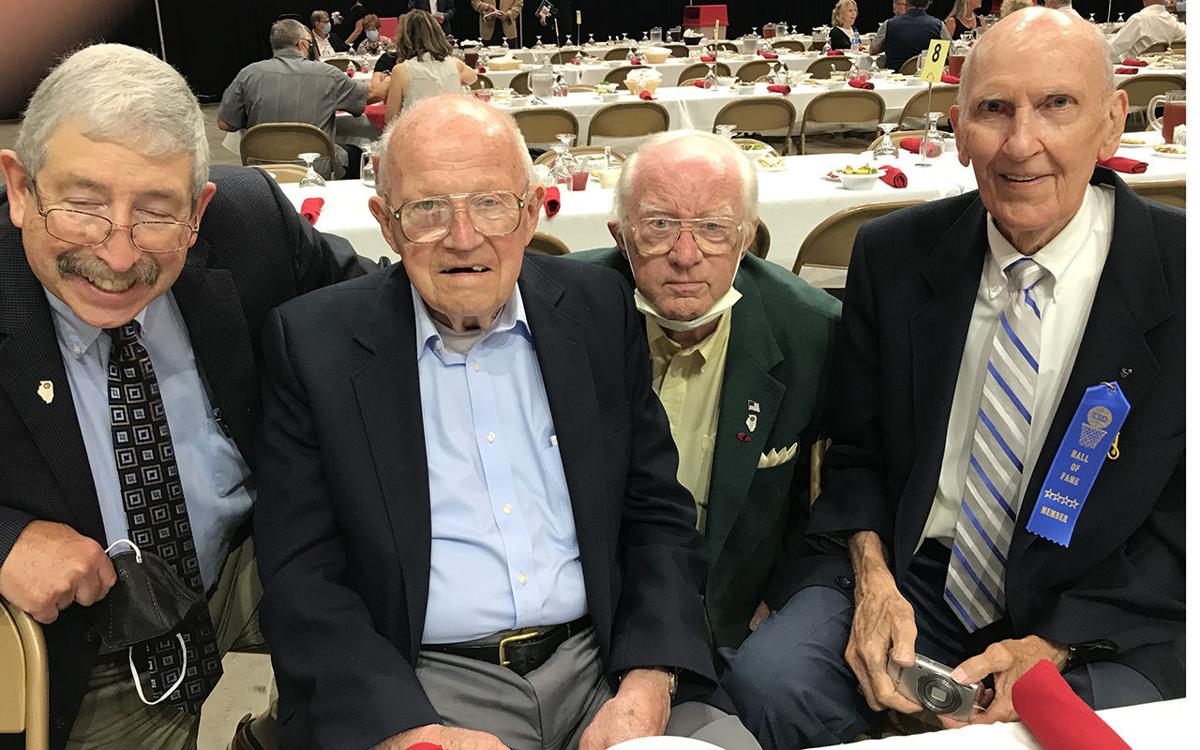 Among the highlights at Saturday’s Illinois Basketball Coaches Association Hall of Fame banquet at Redbird Arena in Normal, where The News-Gazette sports section was recognized as Organization of the Year:

— A standing ovation for Mary Henson, on hand for tributes given to her late husband, Lou. “It shows how beloved Lou was, that’s what it tells me,” Mary said.

She reminded the crowd that Lou’s best Illini teams were made up of players from Illinois: “Lou was so proud of that, he loved that.”

Mary is impressed that first-year Illinois football coach Bret Bielema is taking the same territorial approach. “We love what coach Bielema has done,” she said “You have to establish yourself in the state of Illinois.”

Lee attended with his son, Mark. Phil Judson was there with his son, Rob. The event was emceed by a familiar Illini voice, too, in Jim Sheppard.

Among those getting Hall of Fame call: News-Gazette sports section

The News-Gazette — which for the past 20-plus years has been recognized annually as one of the nation’s top sections by the Associated Press Sports Editors — will be recognized during the IBCA’s Hall of Fame banquet.